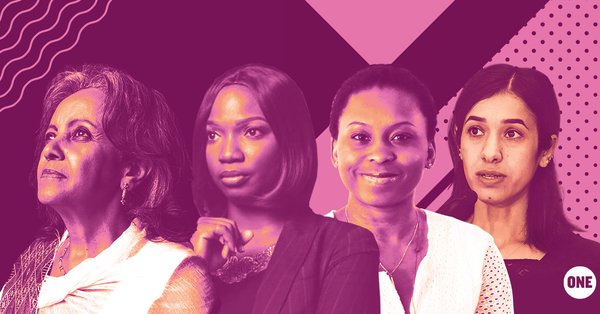 ONE has released a list of its 2018 Women of the Year. The list gives “special recognition to a handful of women who went above and beyond for gender equality this year.”

Celebrated in the list is Tiwa Savage, Abisoye Ajayi-Akinfolarin of Girls Coding who was one of the 10 finalists for this year’s CNN Heroes, Lola Omolola, founder of popular Facebook Group FIN, 2018 Nobel Peace Prize co-winner Nadia Murad, Black Panther star Danai Gurira, among others. 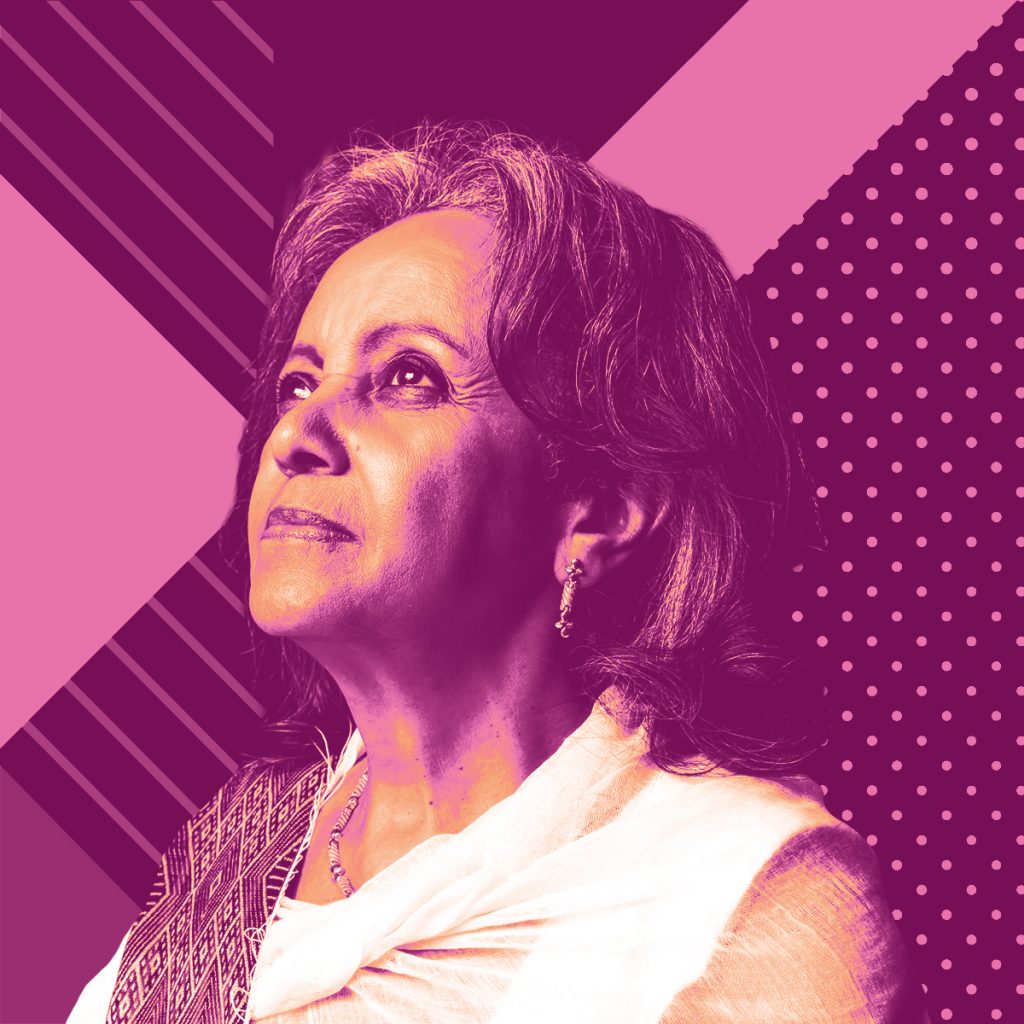 This year, Sahle-Work Zewde became the first female president of Ethiopia in a unanimous vote from the country’s two houses of parliament. As a career diplomat, she served as the under-secretary-general for the UN and as special representative of the secretary general to the African Union. She’s also served as Ethiopia’s ambassador to many countries, including France, Djibouti, Senegal. 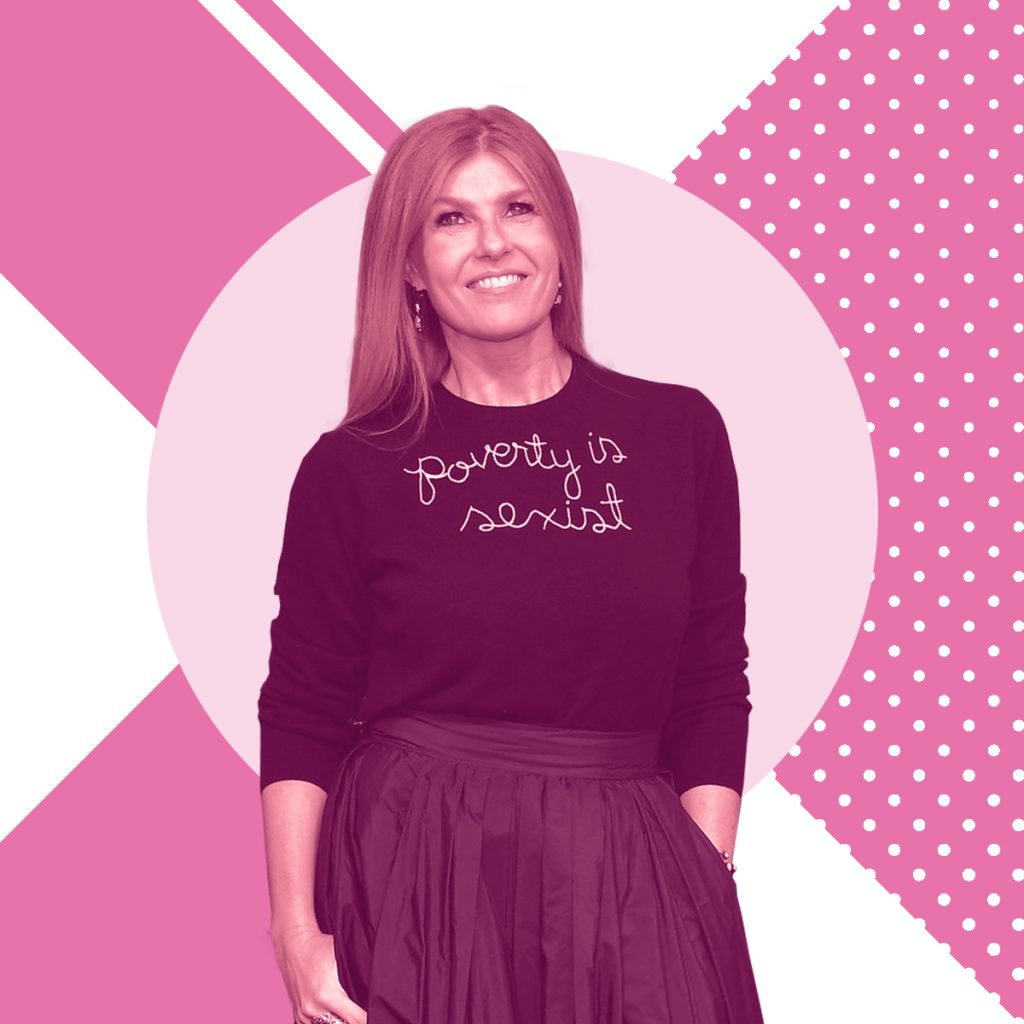 ONE’s Poverty is Sexist movement kicked off in a big way this year, thanks to critically-acclaimed actress Connie Britton – who starred in three television shows this year and earned a nomination for the 2019 Golden Globes for her role in Dirty John.

At this year’s Golden Globes, she shared our message with the world by wearing a sweater with “Poverty is Sexist” embroidered across the front. She advocated for this movement on the red carpet, using her platform to speak for the girls and women who are hit hardest by extreme poverty. She also wrote an op-ed defending her bold outfit and the message behind it. 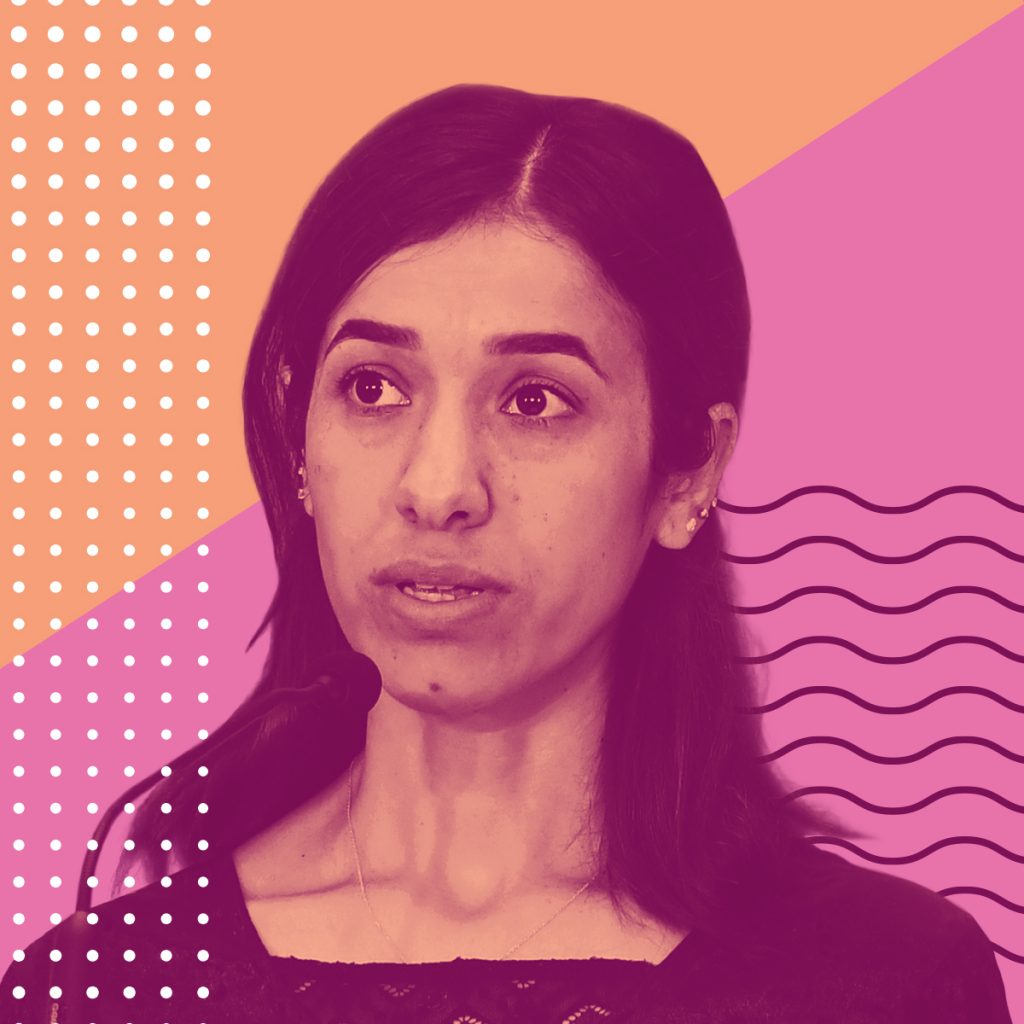 Yazidi rights activist Nadia Murad, alongside Denis Mukwege, won the 2018 Nobel Peace Prize for combating sexual violence as a weapon of war. She is the second youngest Nobel Prize laureate after Malala Yousafzai.

Murad experienced this violence first hand in 2014, when she was taken captive by the Islamic State and sold into sex slavery. She recounts this experience in her bestselling memoir, The Last Girl. Two years after her captivity, she founded Nadia’s Initiative, a nonprofit that advocates for the victims of sexual violence and works to rebuild communities. All of her Nobel Prize will go towards building a hospital in her hometown for victims of sexual abuse. 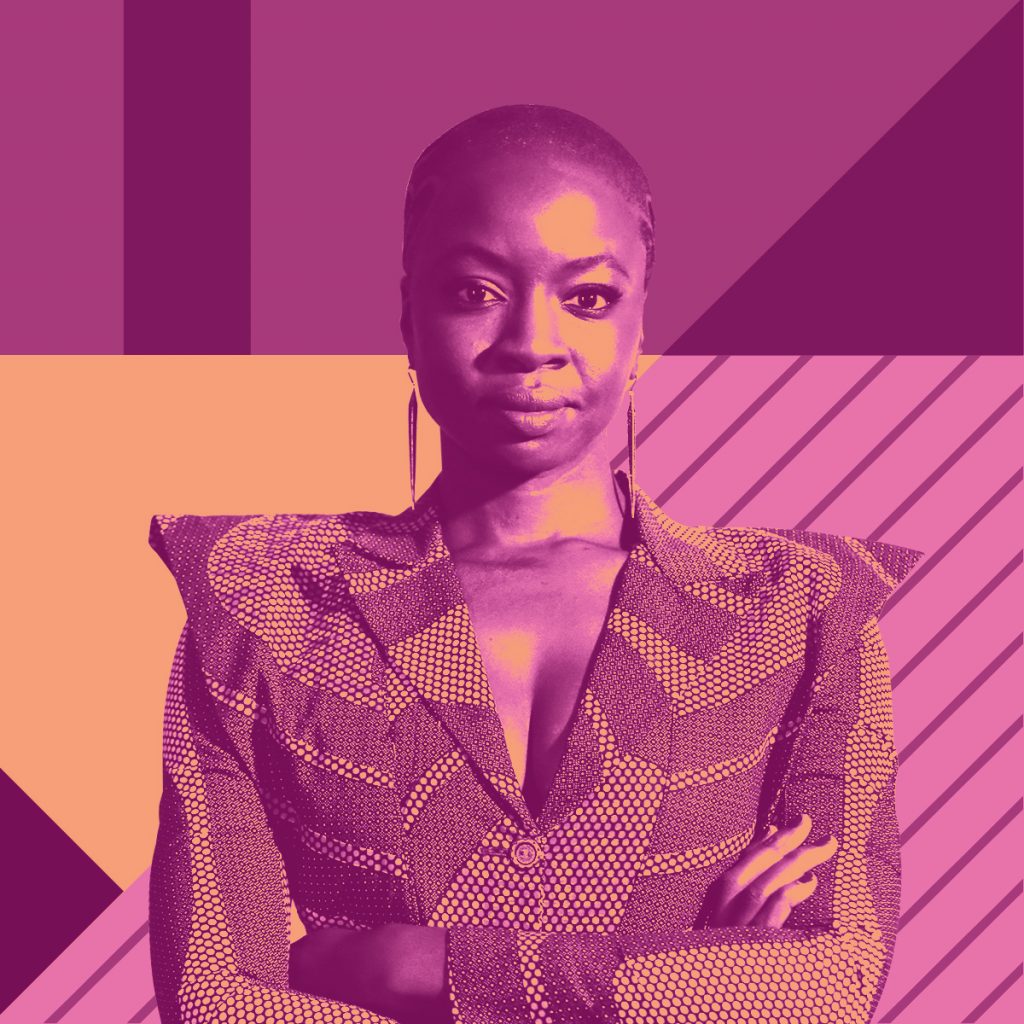 Actress Danai Gurira has done an immense amount of advocacy this year. In July, she hosted a Poverty is Sexist event in New York City alongside Connie Britton, where she put ONE in the spotlight and generated support for the movement. She also wrote an incredible op-ed piece for Refinery29, alerting readers that Poverty is Sexist. In the article, she advocates for girl’s education, health, and safety, stating that we must act for the empowerment of girls around the world.

On the big screen, she became a role model for young girls in the film Black Panther, which earned multiple Golden Globe nominations and a whole lot of Oscar buzz. 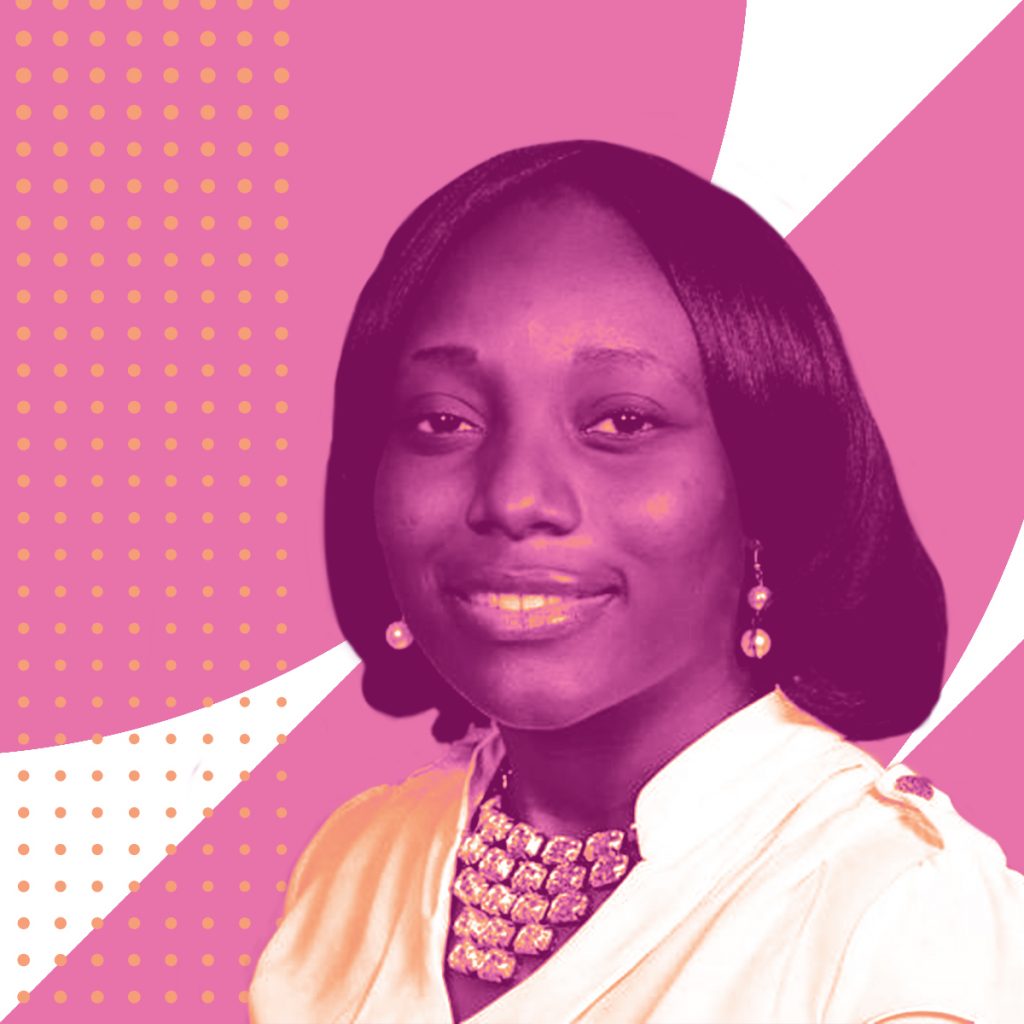 Currently, she is working to spread awareness as a UN-appointed Sustainable Development Goals (SDGs) Young Leader. She’s also pursuing her second PhD, securing her a Doctorate in both Medicine and Public Health. 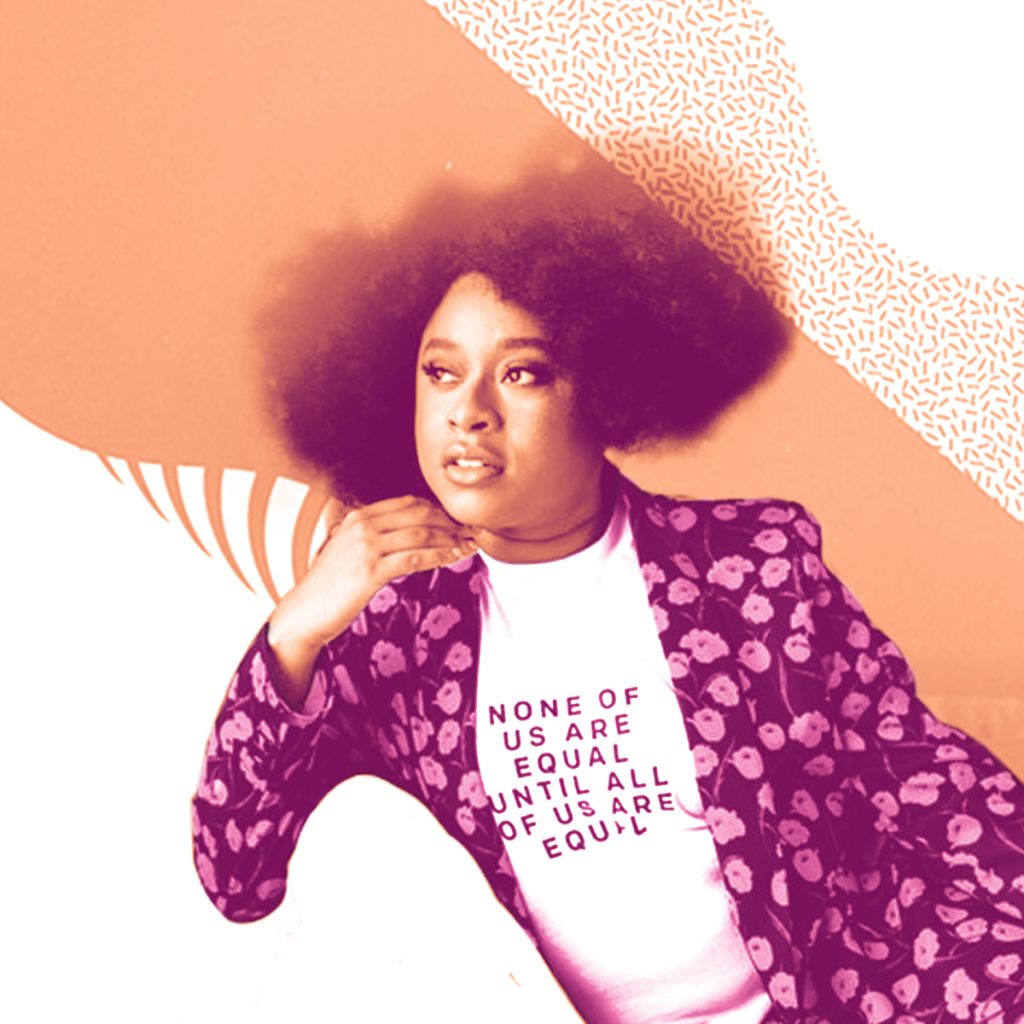 Host of 2 Dope Queens and bestselling author Phoebe Robinson did a tremendous amount of advocacy for both (RED) and ONE this year. She released her second book, Everything’s Trash, But It’s Okay, interweaving critique and comedy to look at the circumstances everyone–particularly women–are living. She discusses the obstacles that women are facing, how to understand our own choices, and how to become part of the solution.

During her nationwide book tour, she sold custom-made Poverty is Sexist merchandise to support (RED) and the Global Fund. She also had ONE volunteers at every stop collecting handwritten postcards addressed to Secretary Pompeo, urging him to replenish the Global Fund and continue the fight against AIDS. 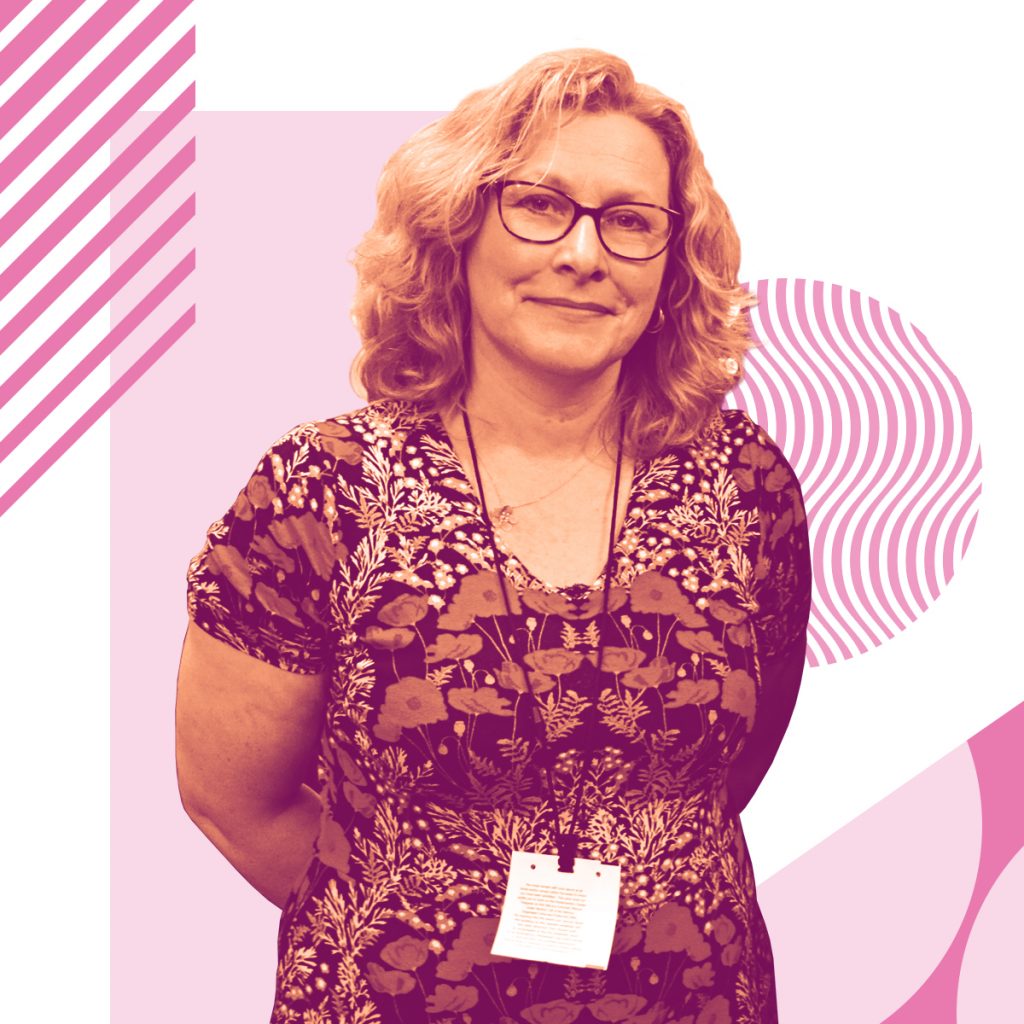 Inspiring ONE member and activist Debbie Lucas has long been a local champion for international development. She has worked with the Darul Arkamm School in the Republic of the Gambia, where students raised thousands of pounds to support youth education.

Debbie has taught hundreds of students about international development, Global Goals, and what UK aid achieves around the world. Her teaching work continues to this day, now at her home in Portsmouth. 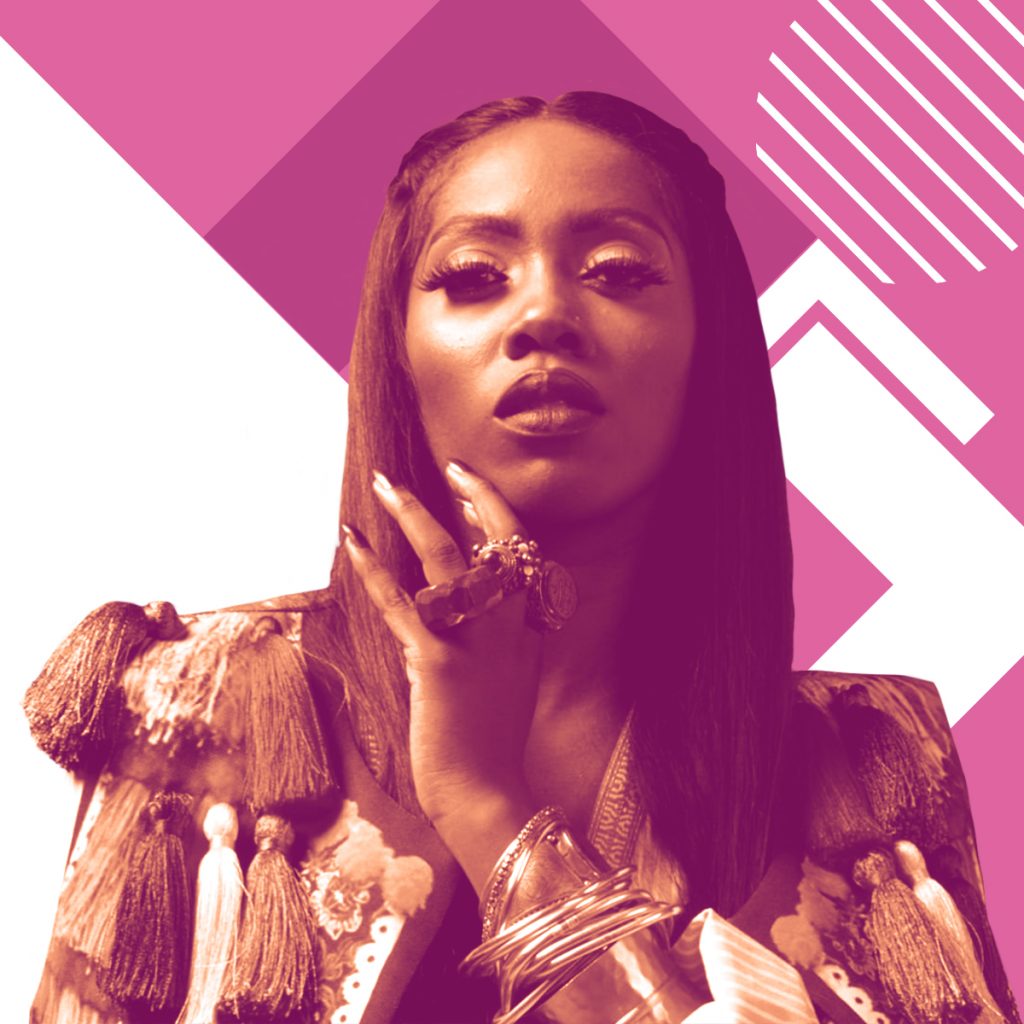 Nigerian singer and songwriter Tiwa Savage has faced many obstacles as a female afrobeats artist. Despite being told that she wouldn’t be able to compete against male artists, she rose to the top of the music scene. This year, she became the first female artist to win an MTV Europe Music Award for Best African Act.

Her humanitarian work also speaks for itself. In the past few years, she has worked with breast cancer screening projects, helped build schools in her hometown, and advocates for community-based social projects. She’s also a supporter of the Vote Your Future campaign. 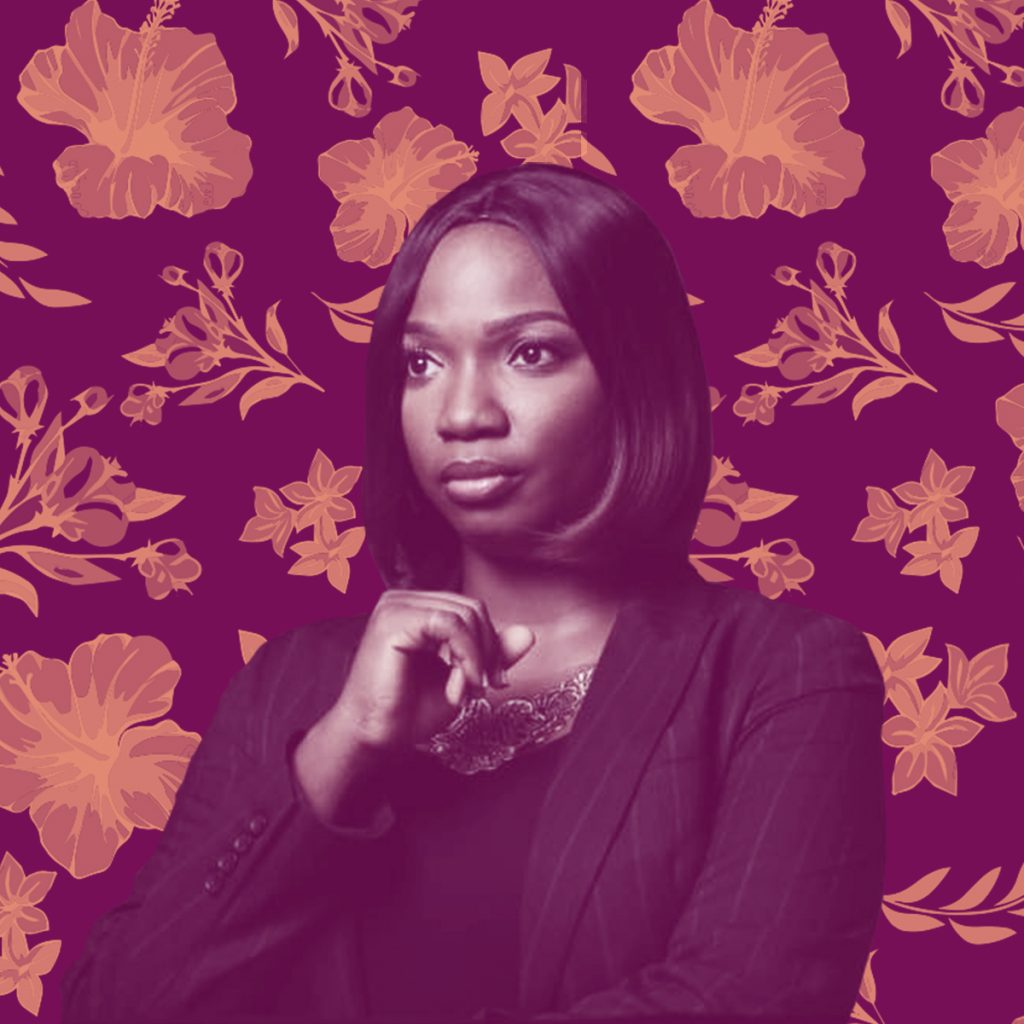 Nigerian activist Abisoye Ajayi-Akinfolarin is a winner of the 2018 CNN’s Heroes Award for her work in empowering girls living in poverty. After building a successful career for herself in the tech industry, she shifted her focus towards teaching girls and young women about technology.

Her organization, the Pearls Africa Foundation, offers free classes and programs for girls and young women, like GirlsCoding, which teaches girls about computer programming. Many of the girls she’s mentored have already produced their own apps to combat issues, like poverty and female genital mutilation, in their communities. 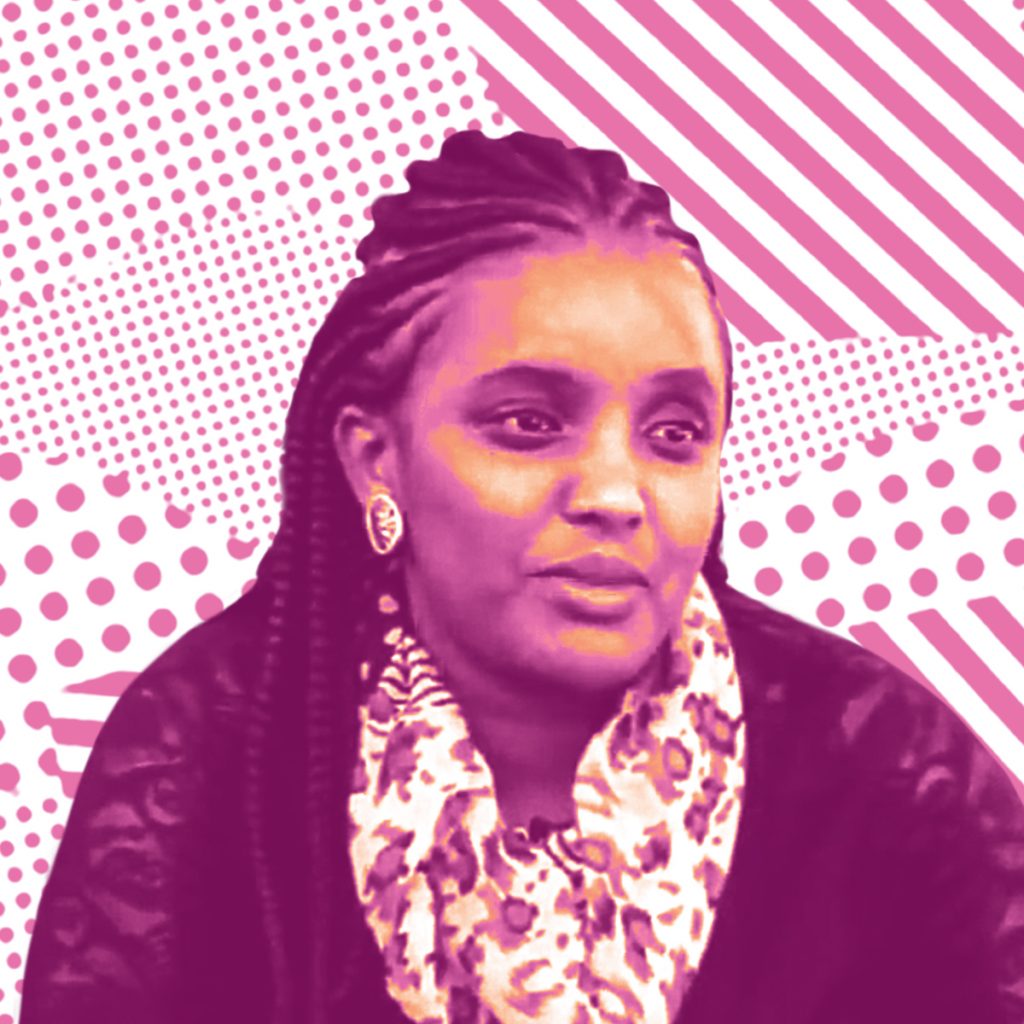 Fridah Githuku is the Executive Director of GROOTS Kenya, a national grassroots movement led by women. The movement was created to give grassroots women visibility and decision-making power to create change in their own communities. They have invested in nearly 3,500 women-led groups across Kenya, sparking human-led and community-based change.

Githuku is especially adamant about supporting women’s and indigenous land rights. As an Equal Measures 2030 partner, Githuku and GROOTS Kenya are advocating for gender equality and the role that land rights play in achieving it. 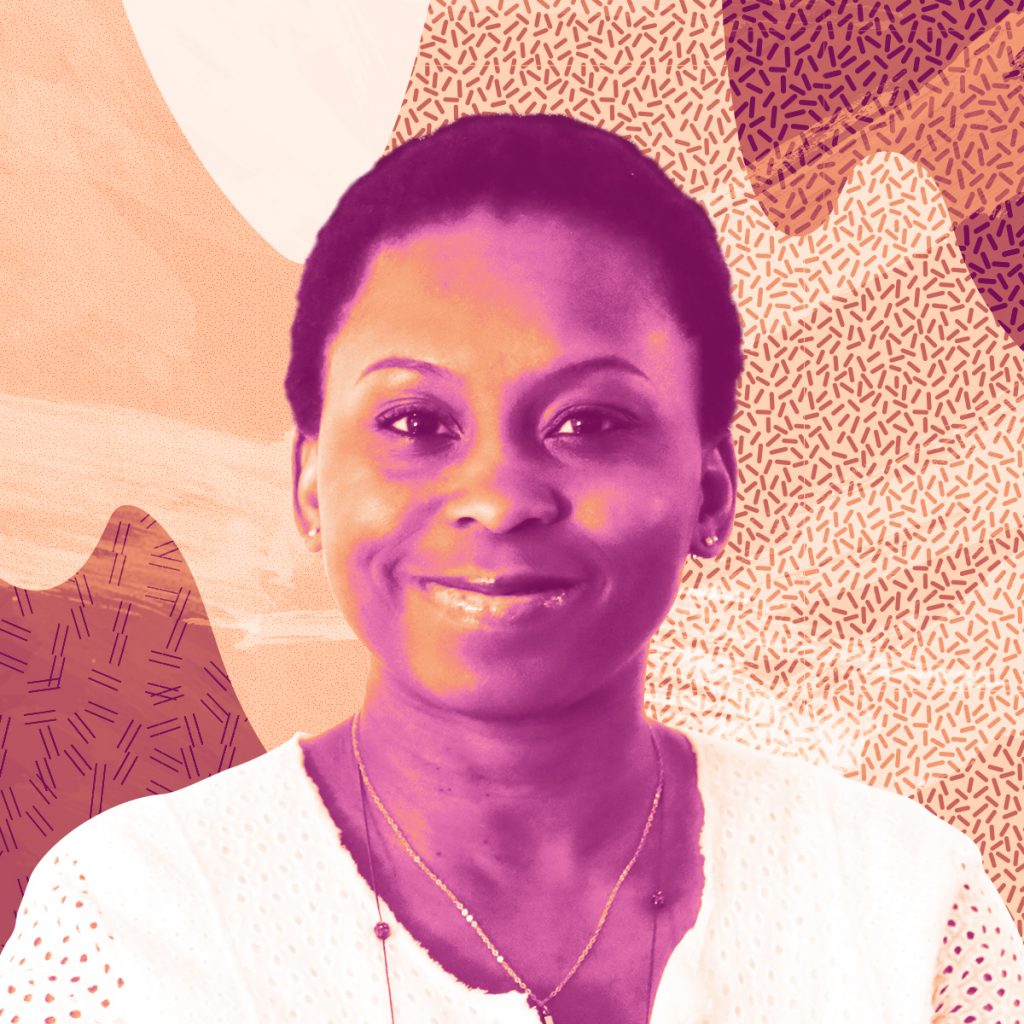 Nigerian-American activist Lola Omolola is the founder of FIN, a private Facebook group that connects nearly 1.7 million women from across the world. She began the group in 2014, searching for a way to create mutual support with other Nigerians after the kidnapping of over 300 girls by the Boko Haram. The group quickly grew into a hub for women’s issues, offering its members a safe outlet to discuss the struggles they face and connect with other women who share those experiences.

FIN–originally an acronym for “Female in Nigeria,” but now standing for “Female IN”–also holds events worldwide for FINsters to interact in person. On Facebook, a group of moderators ensures that all women are protected and supported. Omolola’s work has been recognized by Mark Zuckerberg and other Facebook officials for her work in creating a positive impact through the social media platform.

ONE also had an “honourable mentions” list which has Waje and Bisola Aiyeola in it. See below:

Violet Brown campaigns with Days for Girls, a nonprofit that provides hygiene kits and health education to young women.

Dr Patricia Nkansah-Asamoah is the former Director of the Prevention of Mother-to-Child (PMTCT) Clinic at Tema Hospital in Ghana and administered the hospital’s first successful PMTCT treatment.

Becca Bunce co-directs the award-winning IC Change campaign, which calls on the UK government to ratify the Istanbul Convention on Violence Against Women.

Bisola Aiyeola is a Nigerian actress, ONE Ambassador, and winner of the AMVCA Trailblazer Award at the 2018 Africa Magic Viewers Choice Awards.

Valerie Assmann is a board member for DISCOVER FOOTBALL, a program that uses football as a tool to advocate for girls and women in sports.

Scheaffer Okore is the Chief of the Trade and Investment Office with the Pan African Chamber of Commerce and Vice Chairperson of the Ukweli Political Party.

Jennifer Lotito is the Chief Partnerships Officer at (RED).

Waje Iruobe is a musician, film producer, and ONE Ambassador advocating for transparency and accountability.

Woman Miraculously Survives after being Taken Off Life Support