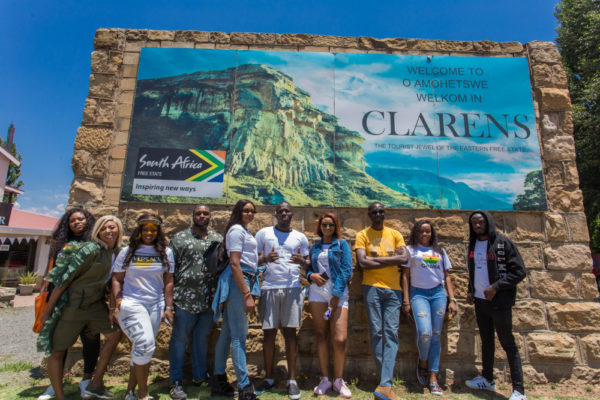 There is something about South Africa that makes each experience worth the trip… the scenic beauty of its landscape, the ever-welcoming people, their rich cultural heritage and the variety of wines and cuisines. Best believe it is the perfect holiday destination. Need extra proof? 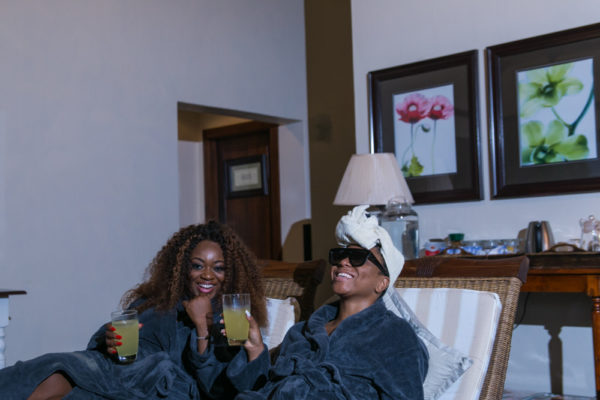 One thing you are sure to experience in South Africa is luxurious accommodation with views that just start your days right. From the Drakensberg Sun Resort in the Drakensberg with the mountain views to Protea Hotels in Clarens with the swimming pools and the Davinci Hotel in Nelson Mandela Square – J’Burg which is perfect for shopping.

In South Africa – there’s something for everyone, you can relax, stay in beautiful properties, as well as experience wines and cuisines that will leave you coming back to South Africa again and again.

With South Africa only 6 hours away, the group arrived Johannesburg and set off on a road trip to ‘home’ for the next few days; Drakensberg Sun Resort. With fresh mountain air and awestruck views, the resort is situated high in the dramatic landscapes of the Drakensberg also known as ‘the dragon mountain’.

After time spent on a plane and on a bus, rejuvenating spa sessions with complimentary drinks at the South African Champagne Sports Resorts was the perfect welcome to kickstart the vacay. After the pampering, came the food; the in-house cuisine at the Drakensberg Sun Resort was absolutely amazing and quintessentially South African. 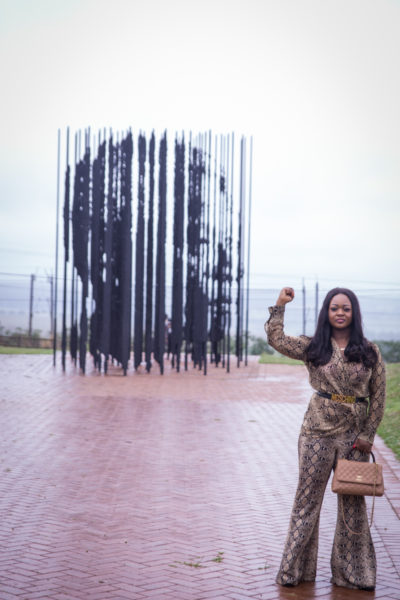 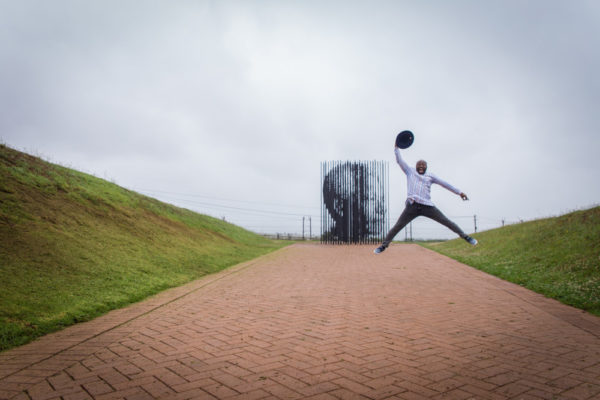 What better way to take in the awe-inspiring and truly magnificent landscape of Drakensberg than going on a horse ride through the area. The group was definitely excited about the horse-back riding experience and was even more thrilled to go on a canoe ride on the Drakensberg’s lake.

Next stop for the group; Cathedral Peak Wine Estate. A must do when in South Africa is wine tasting, and when in the Drakensberg, a must visit is the Cathedral Peak Wine Estate – the vineyards of this wine estate is simply magnificent, and the view is even more magical. The group got to sample some of the best of South African wine served with cheese and grapes over happy talks and bonding. For Adekunle Gold and Stephanie Coker, the wine tasting was the highlight of their trip. 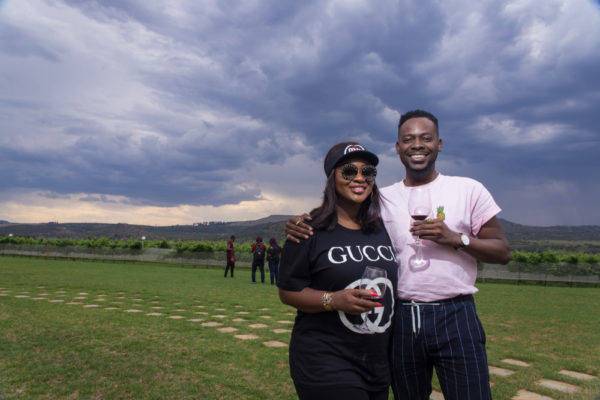 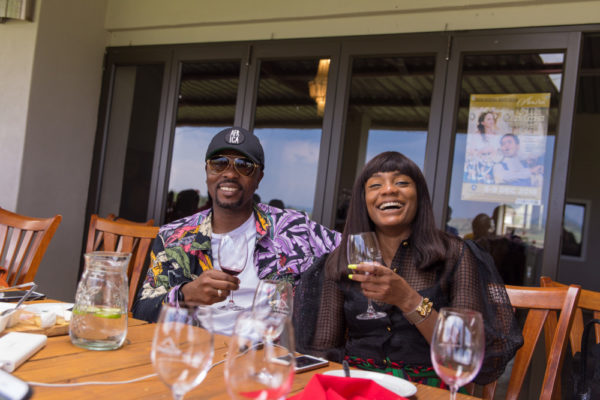 This year, being the Centenary of Nelson Mandela, the group took a long walk on the path to freedom as they visited the Nelson Mandela Capture Site. In 1952, Nelson Mandela was apprehended for his anti-Apartheid activism acts and a cultural and historical exhibition was set up at the site in his honour. The sculpture at the Nelson Mandela Capture Site comprises of 50 steel columns that were laser cut to form an image of Mandela when viewed at the correct angle. The walk to the capture site was a monumental moment for the group as they got a deeper insight into the fight of Mandela for the freedom of the people of South Africa. 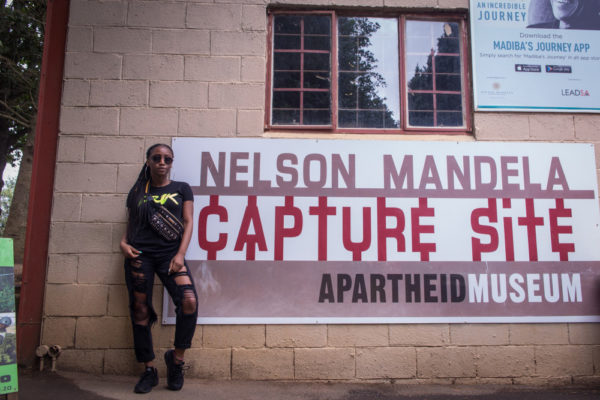 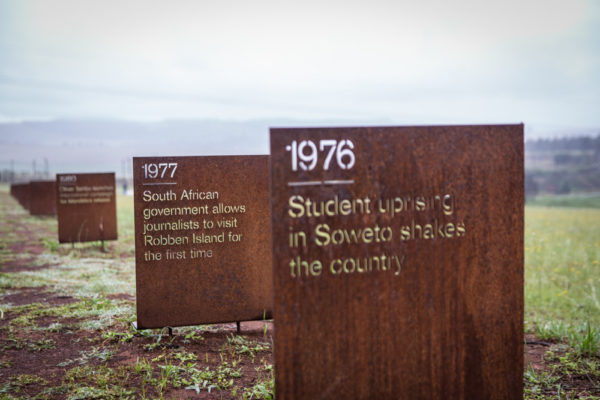 Ready for another road trip, the group was back on the tour bus and it was goodbye the Drakensberg and hello! Clarens.  The small town of Clarens – just a 3 to 4 hours drive from Johannesburg- is situated at the foothill of the magnificent Maloti Mountian. Clarens welcomed the guests with beautiful sun kisses, and something to get the blood pumping – Quad Biking and Zip Lining at Clarens Xtreme. Dear adrenaline lovers, this has got to be your first stop when you visit Clarens and the best part of it is you do not have to break a bank. Most activities are as little as a half-/full day R250/350.

From a time of adventure to a time with the people of the Basotho Cultural Village. The Basotho Cultural Village, located at the foot of huge sandstone mountains would take you through time, highlighting the lifestyle of the people of South Sotho from the 16th century to the present. The group was welcomed into the “khotla”, the gathering place of men and had a sip of the traditional beer offered as a gesture of the Basotho hospitality.

Ready to explore more, the crew hit the beautiful streets of Soweto, where Adekunle Gold couldn’t help but beatbox to the music of one of the locals… music is a universal and no matter your country, the music always unites us all. 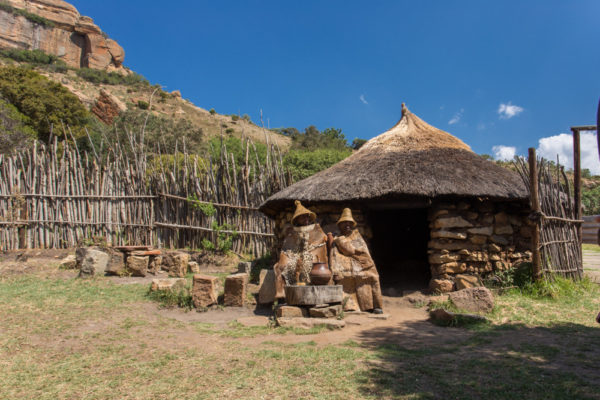 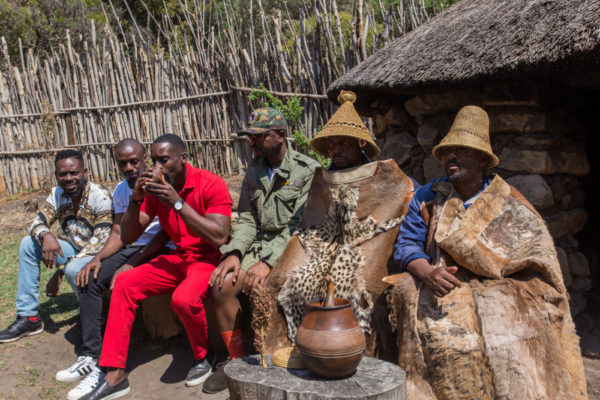 Next stop was the Mandela House, also known as the Nelson Mandela National Museum. The Mandela family’s four-roomed Soweto home houses various memorabilia, artworks, awards and honorary doctorate conferred on Nelson Mandela and his family, as well as photographs of the family dating back to the 1950s. Mandela had lived here from 1946 to 1962, and the, now, museum houses the history on the life of Mandela featuring his works on promoting human rights, democracy, reconciliation, mutual respect and tolerance amongst the people of South Africa. The group couldn’t help but feel the spirit of Mandela still lived on. 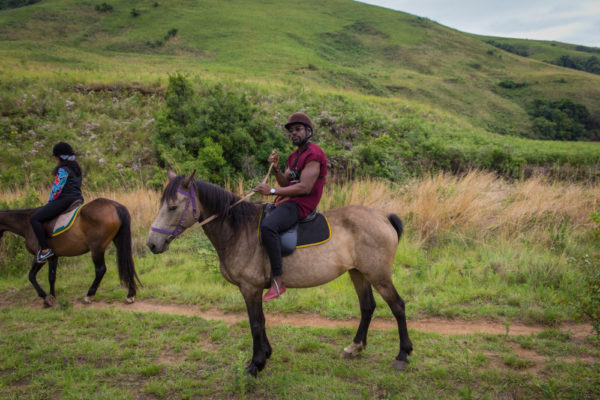 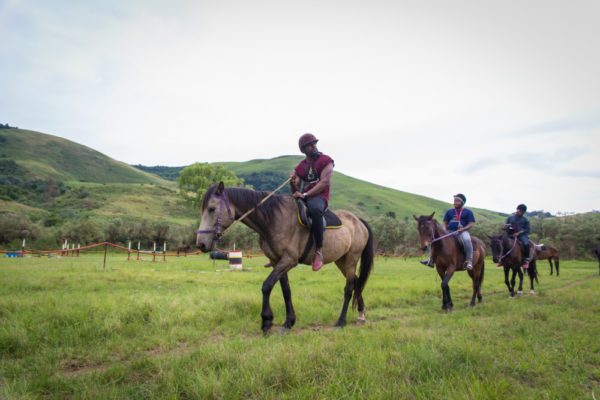 This year had been a long walk through history for the South African people as it marked the 100th year of the birth of Nelson Mandela and to further honour his legacy, the Global Citizens Festival put together the Mandela 100 concert at the FNB Stadium, Johannesburg as part of one of the biggest campaigns to end extreme poverty across the world. With Trevor Noah as the host and performance by A-list artists such as Beyoncé and Jay Z, Usher, Ed Sheeran, Pharrell, and our very own Wizkid, Femi Kuti, D’banj, and Tiwa Savage. The ever welcoming and hospitable people of South Africa hosted over 70,000 visitors from different parts of the world for the festival. The guests were thrilled to be a part of such a historical event. 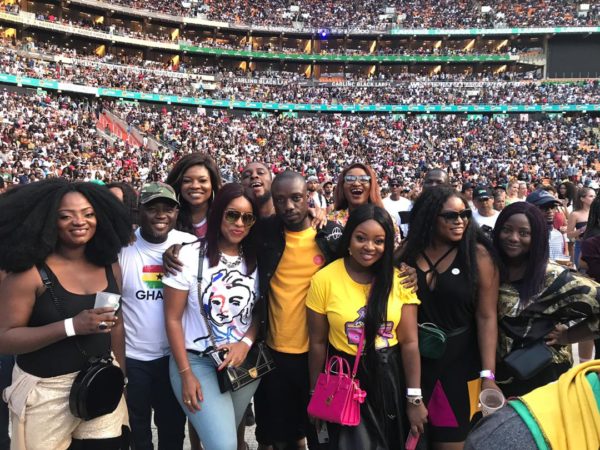 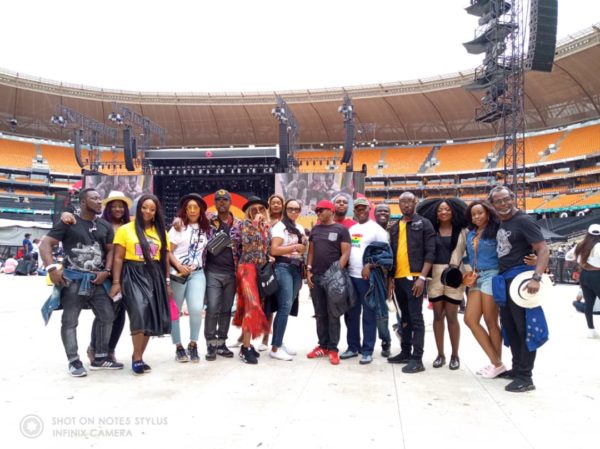 No better way to end a fun-filled trip than a timeout shopping at the beautiful South African Sandton Mall.

The beautiful moments and memories made on the trip were also captured on the Infinix Zero 6 and we are officially looking forward to seeing South Africa through the lens of the Zero 6 as this ground-breaking device is set to launch in Nigeria January 2019. 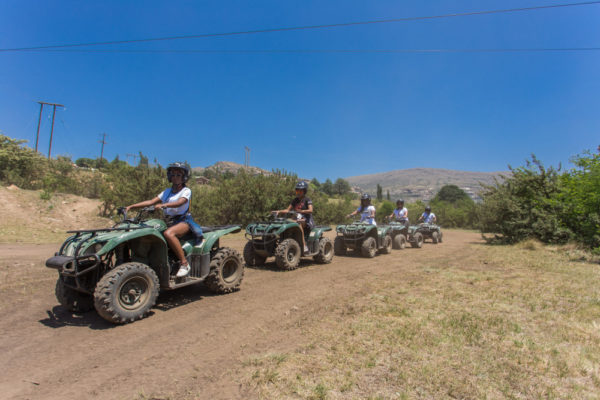 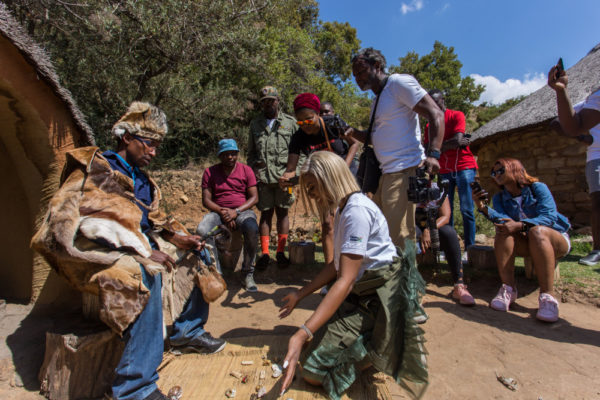 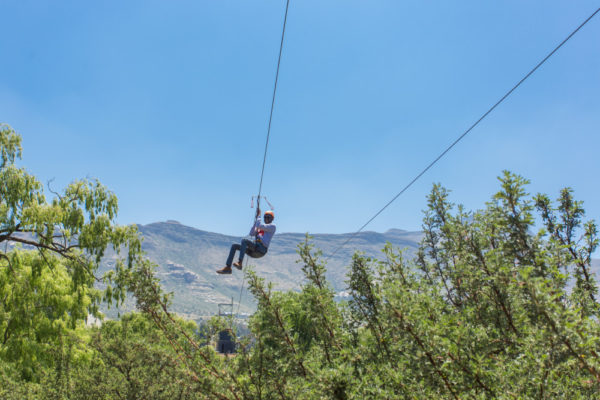 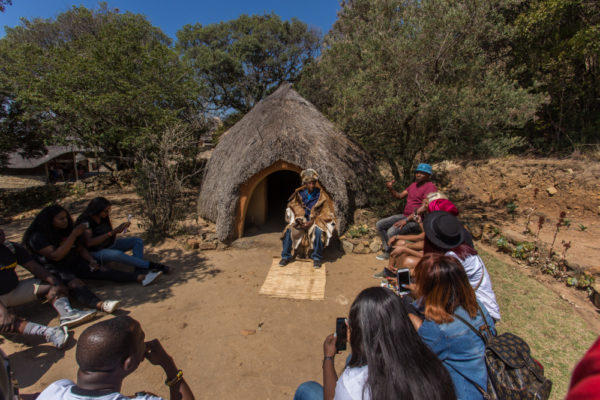 The group at Basotho Cultural Village 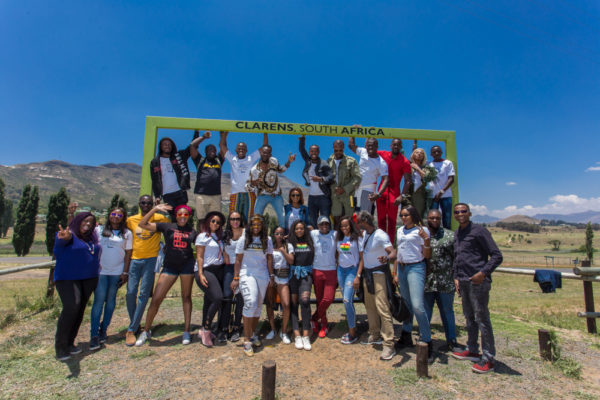 The Group at Clarens