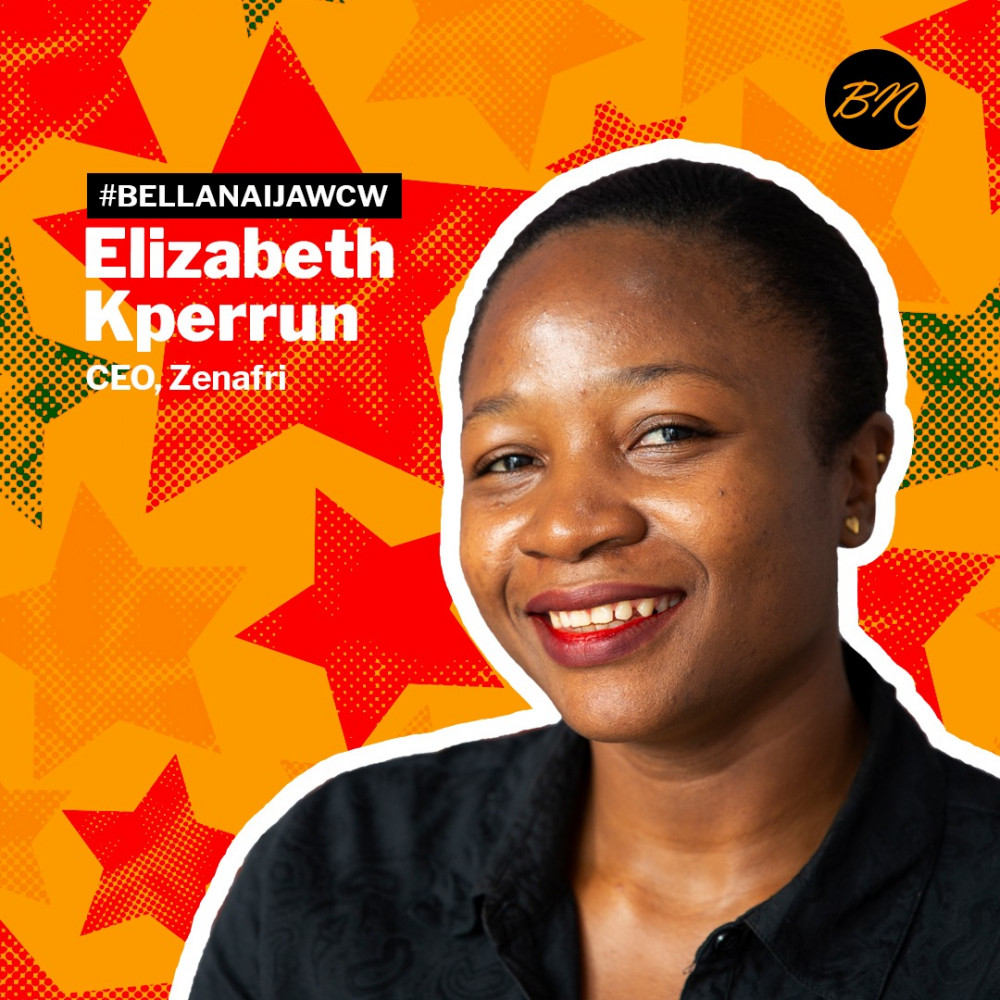 In a bid to teach 21st Century African kids about their culture and heritage, our #BellaNaijaWCW this week Elizabeth Kperrun-Eremie created a mobile app (so apt), to achieve just that.

She had the idea for years and recruited her secondary school classmate, now husband Idamiebi Eremie, who is a developer, to help bring her dreams to reality.

Elizabeth is the CEO of Zenafri, a series of mobile apps that teach toddlers and young children basic numeracy and literacy in their own language.

The platform was developed while Elizabeth was pregnant with her own child and it’s under her Lizzie’s Creations brand.

Zenafri’s first product was Teseem, a first words app for toddlers. It teaches toddlers first words in English and other indigenous Nigerian/African languages.

When the children get old enough to follow story lines, they can then use Afrotalez, which narrates original stories based on traditional African folklore, with an educational element added in.

Zenafri also has another app Shakara – African Dress Up and Fashion, an African dress up game for the girl who wants to dress up an African model in traditional ethnic styles; and also First Words for Toodler and Baby which teaches kids first words in English, French, Portuguese, Spanish, German and Arabic.

Today, Zenafri apps have been downloaded more than 120,000 times, with about 1,200 users logging on every day.

In 2015, Elizabeth was featured in CNN’s story on “Startups Reinventing Education in Africa”.

In 2018, she received the Education award at the 2nd Women In Africa Summit in Marrakech.

In 2019, Elizabeth made the shortlist for the Royal Academy of Engineering Africa Prize for Engineering Innovation, becoming the first Nigerian woman to do so since the prize’s inception in 2014.

Elizabeth has a Diploma in Mass Communication from Ahmadu Bello University, Zaria and a Business and Entrepreneurial Management degree from the National Open University of Nigeria (NOUN).

We celebrate Elizabeth for leveraging on technology and the power of mobile, to preserve African heritage and changing how knowledge is delivered.