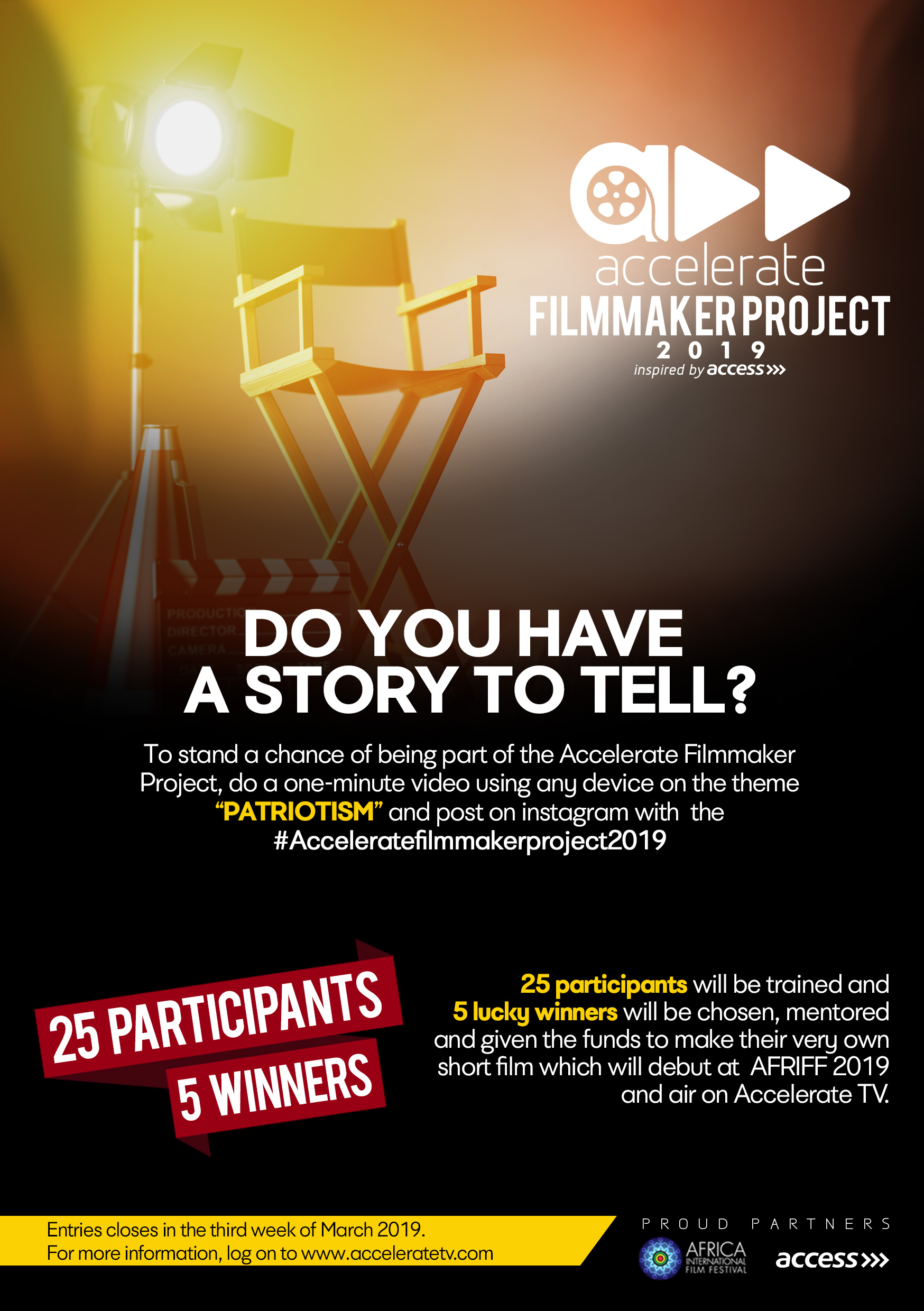 Are you ready for the biggest Film Academy in Nigeria?

The Accelerate Filmmaker Project (AFP) is back for season 3 and this year, the academy is expanding to take on more trainees.

The Accelerate Filmmaker Project is an initiative of Accelerate TV, powered by Access Bank, created to train, empower and give a platform to young enthusiastic filmmakers between the ages of 18 -29 to actualize their filmmaking dreams.

Commenting on the return of the 2019 Accelerate Film Maker Project, Head of Accelerate, Colette Otusheso commented: “We are excited to be bringing back the third instalment of our award-winning capacity building and mentoring project, The Accelerate Filmmaker Project in partnership with Access Bank and AFRIFF. This year we will be training and empowering more young people and throwing in some big surprises along the way. The AFP is all about training and empowering young people while giving them the skills, tools, access and a stepping stone to realise their dreams and bring their stories to life.” 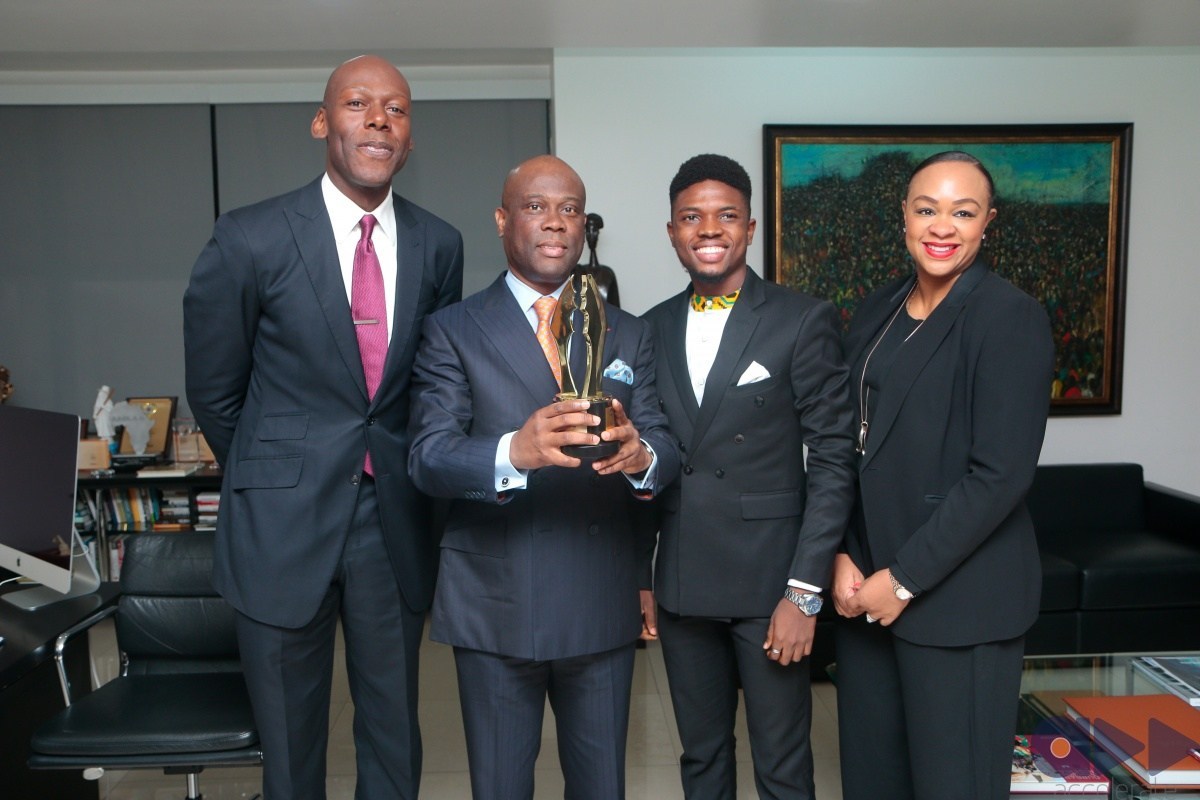 With Accelerate’s in-house Producer, Bolanle Olosunde-Jenrola and award-winning filmmaker, Kemi Lala Akindoju managing the project, AFP has proven to be a worthy cause with over 35 filmmakers trained from previous years, setting amazing feats in the industry

The short film, titled Penance, by Michael ‘Ama Psalmist’ Akinrogunde, from the first edition of The Accelerate Filmmaker Project held in 2017 bagged the 2018 Africa Magic Viewer’s Choice Award for Best Short film, while Tanwa by Adenike Adebayo-Esho was equally nominated.

The AFP training week incorporates a host of well-known industry professionals and heavyweights who work both in front and behind the scenes, including Bibi Sasore, Victor Sanchez, Bose Oshin, Ifeoma Chukwuogo, Uduak Oguamanam, Tolu Ajayi, Kunle ‘NoDash’ Adejuyigbe, Feyisayo Ogundipe, Daniel Oriahi, Bobo Omotayo and more to ensure the trainees get a well-rounded understanding of the filmmaking ecosystem.

After pitching their film ideas to the Accelerate Film Maker Project Mentors, seven of the standout students received a sizeable budget to produce their own short films with support from the Accelerate production studio. The short films were showcased at the 2018 Africa International Film Festival (AFRIFF). 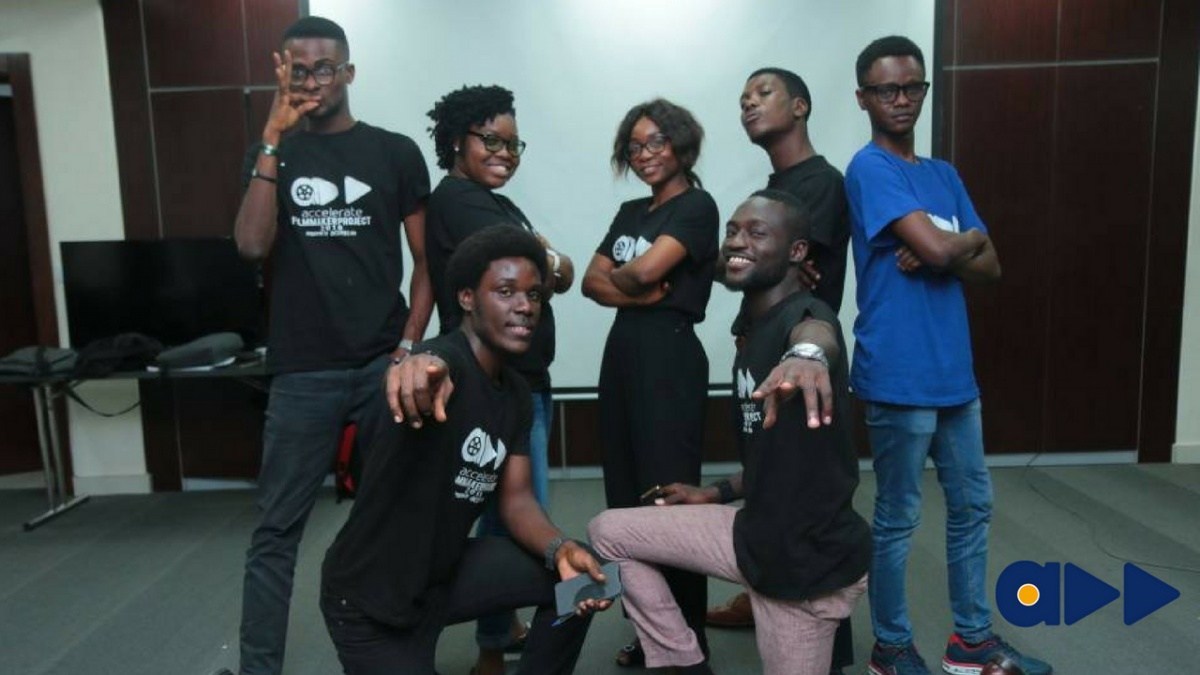 This year, the Accelerate Filmmaker project is back, it is bigger and it aims to train and empower even more young people.

To be a part of the 2019 Accelerate Filmmaker Project, you are required to make a ‘one-minute’ video on the theme ‘Patriotism’. Post it on your Instagram page, make sure you are following @accelerate_tv on Instagram and use the hashtag #AccelerateFilmmakerProject2019.

50 people will be shortlisted to go through a second screening stage, after which 25 Finalists will then be selected for the one-week intensive Accelerate Filmmaker training by some of Nigeria’s top film industry professionals.

For more information, see below.