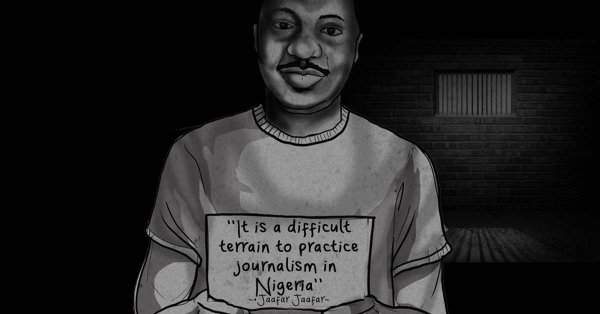 Amnesty International has asked Nigerian authorities to stop attacking Ja’afar Ja’afar, an investigative journalist and editor of Daily Nigerian based in Abuja.

According to Gavel International, Ja’afar narrated his ordeal, writing:

My name is Jaafar Jaafar and I’m an investigative journalist and editor in chief of the Daily Nigerian, an online publication based in Abuja.

In October last year, I published two videos where a serving governor in one of Nigeria’s northern states, appeared to be receiving bribes from contractors.

Shortly after, I was requested to testify before the Kano State House of Assembly, who were investigating the authenticity of the videos.

They were willing to give me whatever amount I proposed, but I refused to engage in negotiations. One government official even suggested that if I was to take the videos down, I could receive as much as 5 million dollars – the same amount as the alleged bribe in the videos.

On the day of the hearing, the authorities allowed school pupils to come out and protest against me. There were also a lot of hoodlums or political thugs outside the assembly house and they attacked some of the people who came in solidarity with me. These are the extents to which the authorities went to harass me and my supporters.

My family and I have also been receiving threats since then. I continued to do my job as a journalist, but I still face charges in court. Please tell Kano State government to drop all charges against me. They must stop prosecuting and harassing journalists.”

Sign the petition now and urge the state authorities to drop all charges against Ja’afar Ja’afar. Tell the authorities that they must stop persecuting and harassing journalists in Nigeria.