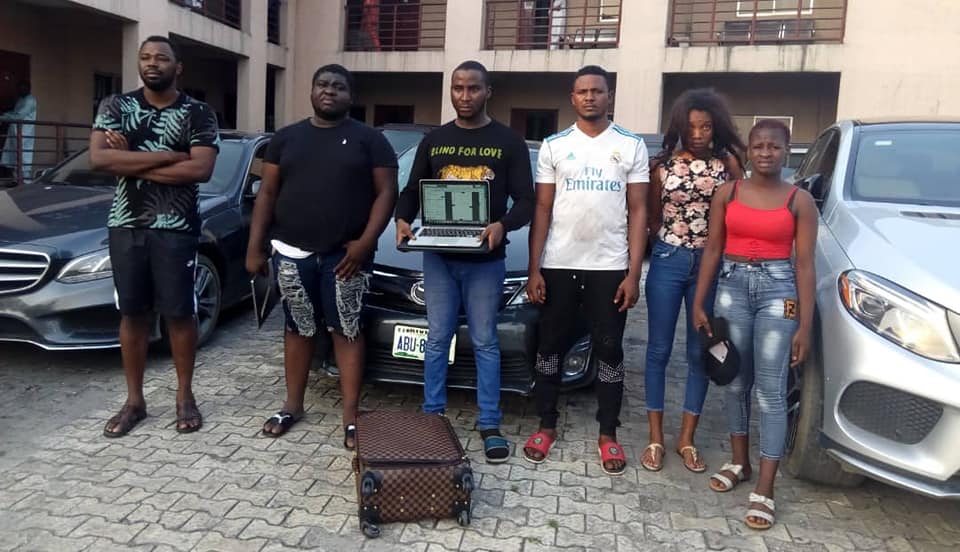 Their arrest followed series of intelligence report linking them with alleged fraudulent activities ranging from love scam on numerous dating sites, obtaining money by false pretence and other financial crimes.

Several items were recovered from them at the point of arrest. Some of them are three exotic cars: Benz- E350-4Matic; Toyota Camry XLE and Benz- GLE 450. Others are four iPhones, four laptops; one iPad, one iron sealed stamp; cheque books, car number plates and two un-used bullets.

The EFCC says they’ll be charged to court soon.