The Cable News: Niger Republic Governors in Kano did not Violate any Law - INEC 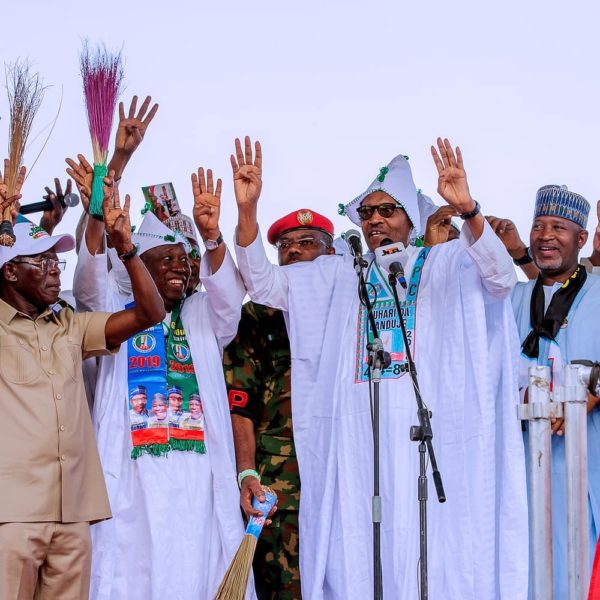 The Cable reports that the Independent National Electoral Commission (INEC) has said no law was violated by the All Progressives Congress (APC) hosting governors from Niger Republic at a campaign rally.

Governors Issa Moussa of Zinder and Zakiri Umar of Maradi in Niger Republic attended the campaign rally and were hosted by President Muhammadu Buhari and the Kano State Governor Umar Ganduje.

Uche Secondus, chairman of the People’s Democratic Party (PDP), had asked that INEC disqualify Buhari from the election. He said:

They came with monies and mercenaries to influence elections in Nigeria.

Oluwole Osaze-Uzzi, INEC director of Voter Education and Publicity, however, told The Cable that no law was broken, “as far as I am aware.”

Read more on The Cable.