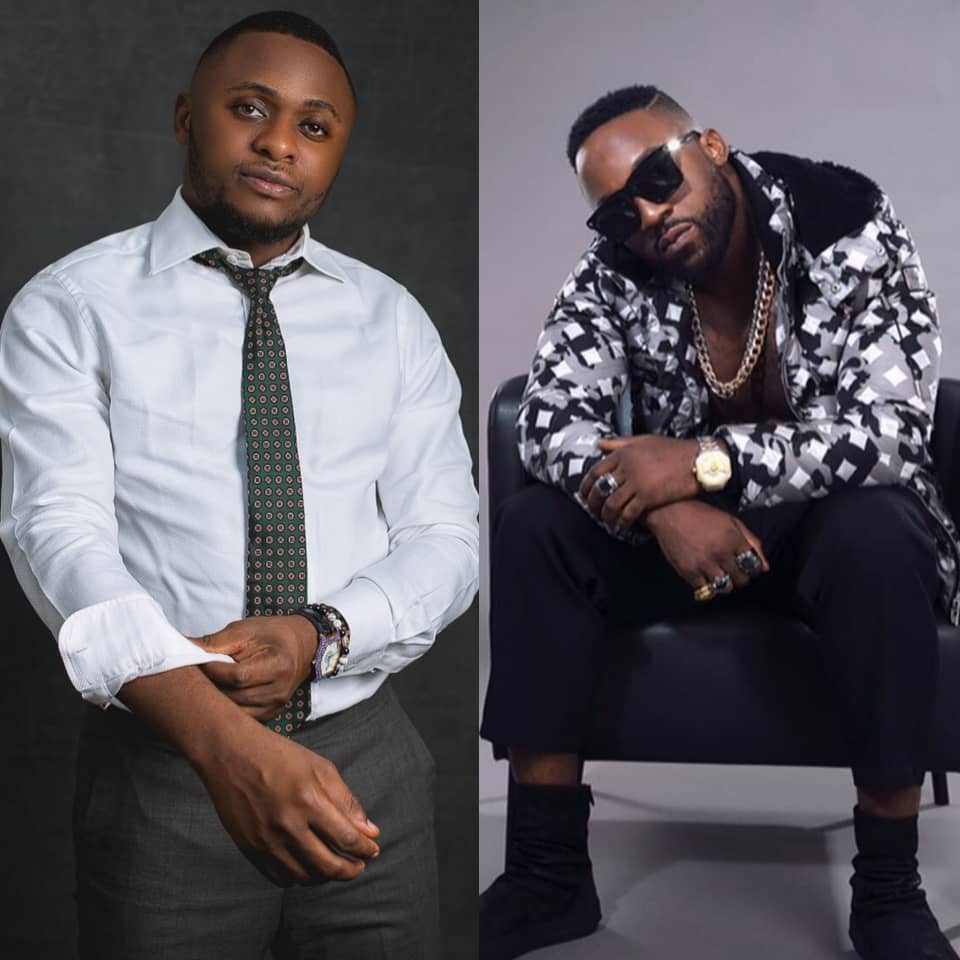 For the past couple of weeks, former business partners Ubi Franklin and Iyanya have been releasing statements and counter statements via social media posts and interviews about the circumstances that led to their fall out.

Click here, here, here and here for the scoop (in that order).

“You know, from that day till I left Triple MG, Ubi was my enemy, but we dey together. I played safe because I saw what he did to Emma Nyra. I saw how he oppressed her when she left him. You understand? I saw all the stunts wey him go dey do. You know how all this industry sh** dey be,” he said.

Then Joey asked: “How Did The People In The Label Feel About The Emma Nyra Situation?” Iyanya said:

We were not happy yeah, nobody was happy. My own advice to Emma at the time was: “Yo, if the nigga is treating you like this, I’d support you to leave.” But sometimes when you give people that kind of advice, they may think you’ve actually been wanting them to break up since

You understand me? Instead of seeing you trying to save them. Cos I was like; ‘look, this shit is getting out of hand man, we no know the next one wey go happen where they go hit your head somewhere you die.’ Before that time, I dey tell her say, report to your parent. let your parents step in.

“Joey in his introduction said: ‘Ubi Franklin was also keen to find out if Iyanya had spoken to me about Emma Nyra. He revealed that during her contract termination process, one of the settlement clauses was an NDA. In his words, the fine is N10 million if either party voids the specifications of the NDA.’

Ubi asked Joey what Tekno said about Emma Nyra and Joey responded: “That You Had Problems In Your Relationship And You Physically Assaulted Her Repeatedly”

To which Ubi said: “Have you asked Iyanya what happened between him and Yvonne Nelson?”

When Joey quizzed him to be sure if he’s saying Iyanya assaulted Yvonne Nelson, Ubi laughed and said: “It’s, not my mouth you’d hear that thing from. I promised not to say anything or put Iyanya out.”

Bro, I’d advise you not to. Because I would put out all the married women he slept with. Their pictures side by side for me. Bro I don’t want to talk. Because if you allow me to do that to him, I’d drag him through the whole of this country. I’m not scared of shit. What I want about this matter is for people to see clarity.

Already, everything he said is a lie. A lot of the things he said are lies. So, there is a legal document that is going to be sent to him soon for him to retract everything he has said because he is lying. Whatever I tell you I have proof. You see the story I told you about these women? I have proof of it and I warned him. I said ‘Listen, I’m going to spoil your career, let it go’. Do you understand? I’m going to let it go. Now he is the one going to tell you that I beat up Emma Nyra.

“What I’m saying to you, in essence, is exactly what happened. I’m not really finished. If you see from the emails we exchanged [when Iyanya was about to leave MMMG], I asked him ‘bro, are you sure you want to sign this document?’ Because I didn’t want him to go. I wanted us to fix whatever were the issues. I didn’t know he had made up his mind. Bro, do you know Iyanya left on the same week my wife left?

So I nearly killed myself. I attempted suicide several times because I felt my world was down,” Ubi told Joey

Ubi says he doesn’t have issues with Selebobo

“I don’t think Selebobo will want to involve himself with this. Because I and Selebobo don’t have any issues whatsoever. Except there is an issue he thinks I have.  The only issue we have which is a contractual issue. It expires in May and he wanted me to give him rent for one year. I don’t have any problem with Tekno. Did you talk to Tekno?”

Yeah, it was a one-on-one conversation we had at his house. He showed me a heated WhatsApp chat with the owner of Temple, them. That’s why I was able to believe he was having problems with Temple. When he wanted to leave Temple, I told him, ‘Don’t leave Temple the way you left Made Men’. Which is, relieve yourself, settle everything and go….

People you collected money from to pay your house rent when your landlady chased you out. They gave you a car. You were stuck in America they paid for you. Have you spoken to Temple? Ask Iyanya if he told me that he had issues with Temple and he needed to clear up his contract with N60 million. Ask him if he told me that.

Get Ready for a Tiwa Savage – Maleek Berry Track

2Baba becomes Fellow of School of Music at OAU