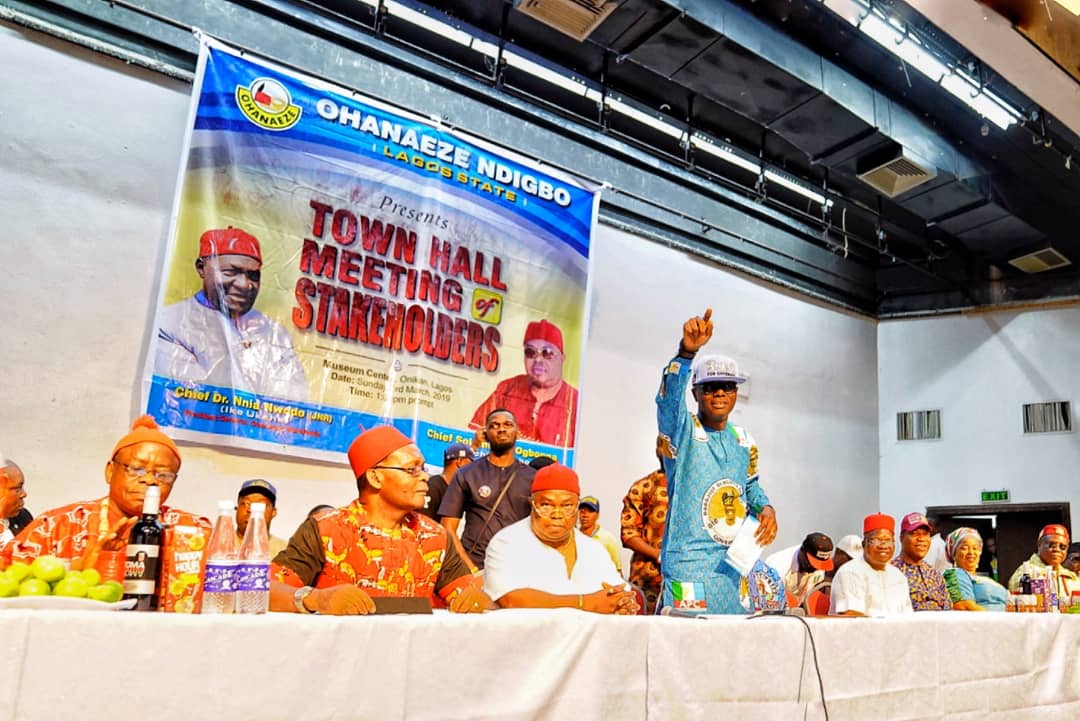 The governorship candidate of the All Progressive Congress (APC), Babajide Sanwo-Olu, has been endorsed by Ohanaeze Ndigbo ahead of Saturday’s gubernatorial elections.

Ohanaeze leaders, who promised to mobilise two million registered Igbo voters to vote for Sanwo-Olu, conveyed their decision at a town hall meeting on Sunday night, in Lagos, with Sanwo-Olu and his deputy, Femi Hamzat, in attendance. The group in turn, demanded six slots in his government.

According to Vanguard, President, Ohanaeze Lagos State, Solomon Ogbonna, hinted that they have concluded plans to cast their votes for him but he must yield to their demands after the election. He said:

We are endorsing him because this is the man that will give us what we have been craving for in Lagos. This is the best that can happen to Ndigbo in Lagos, so come out and vote for him. Hold me responsible for this because I know him and I have seen what he can do.

In response to the development, the flag bearer of Peoples Democratic Party (PDP), Jimi Agbaje, said he was not bothered by the endorsement but that the APC should allow people cast their votes during the election without intimidation.

Punch News: Why there may be No 2023 elections – Secondus

Wike calls on Rivers Residents to be Vigilant During Guber Poll