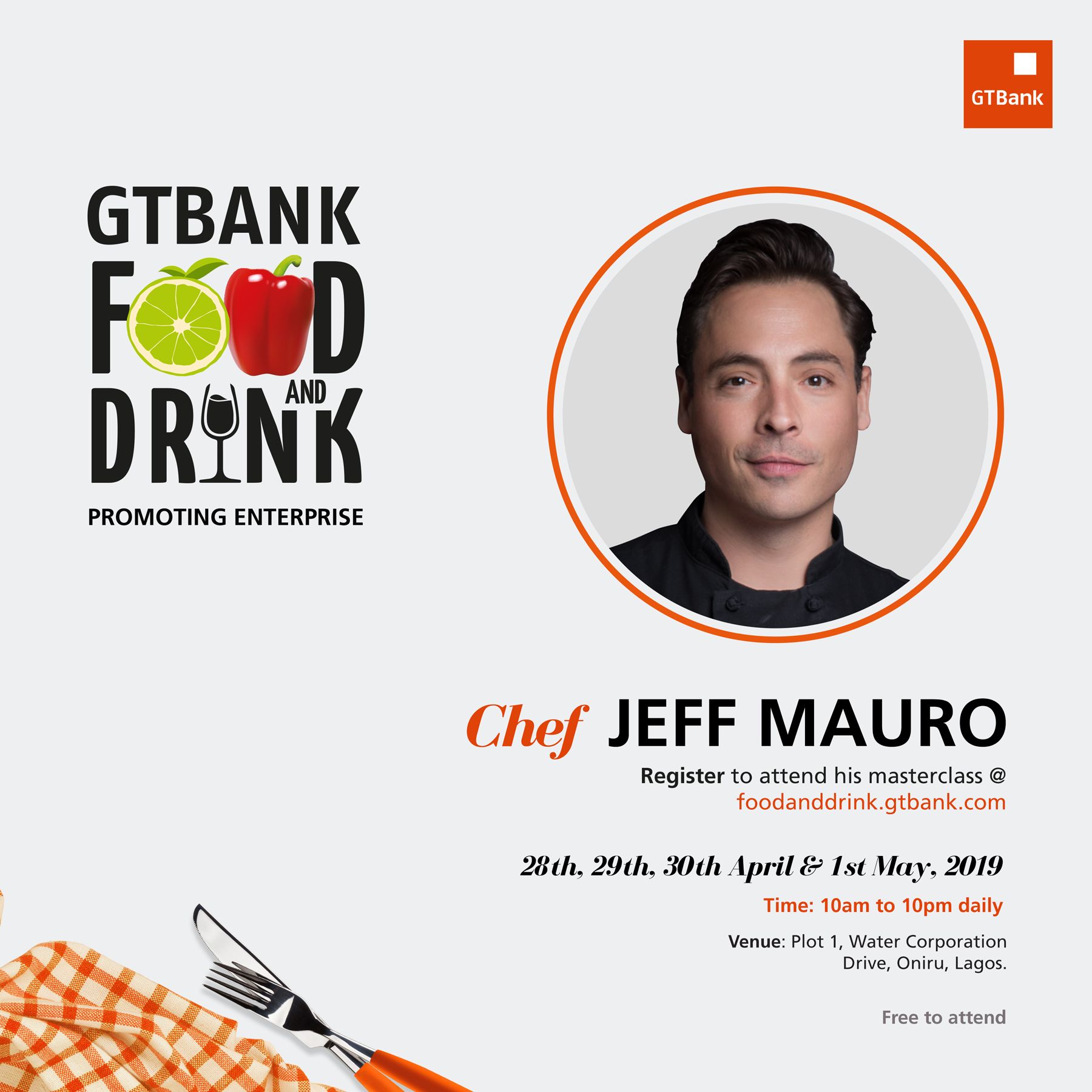 Three (3) Masterclass facilitators for the 4-day GTBank Food and Drink Festival have been announced. On the A-list line up are:

More facilitators will be announced as the countdown to the Biggest food exhibition and sales event in Africa continues. 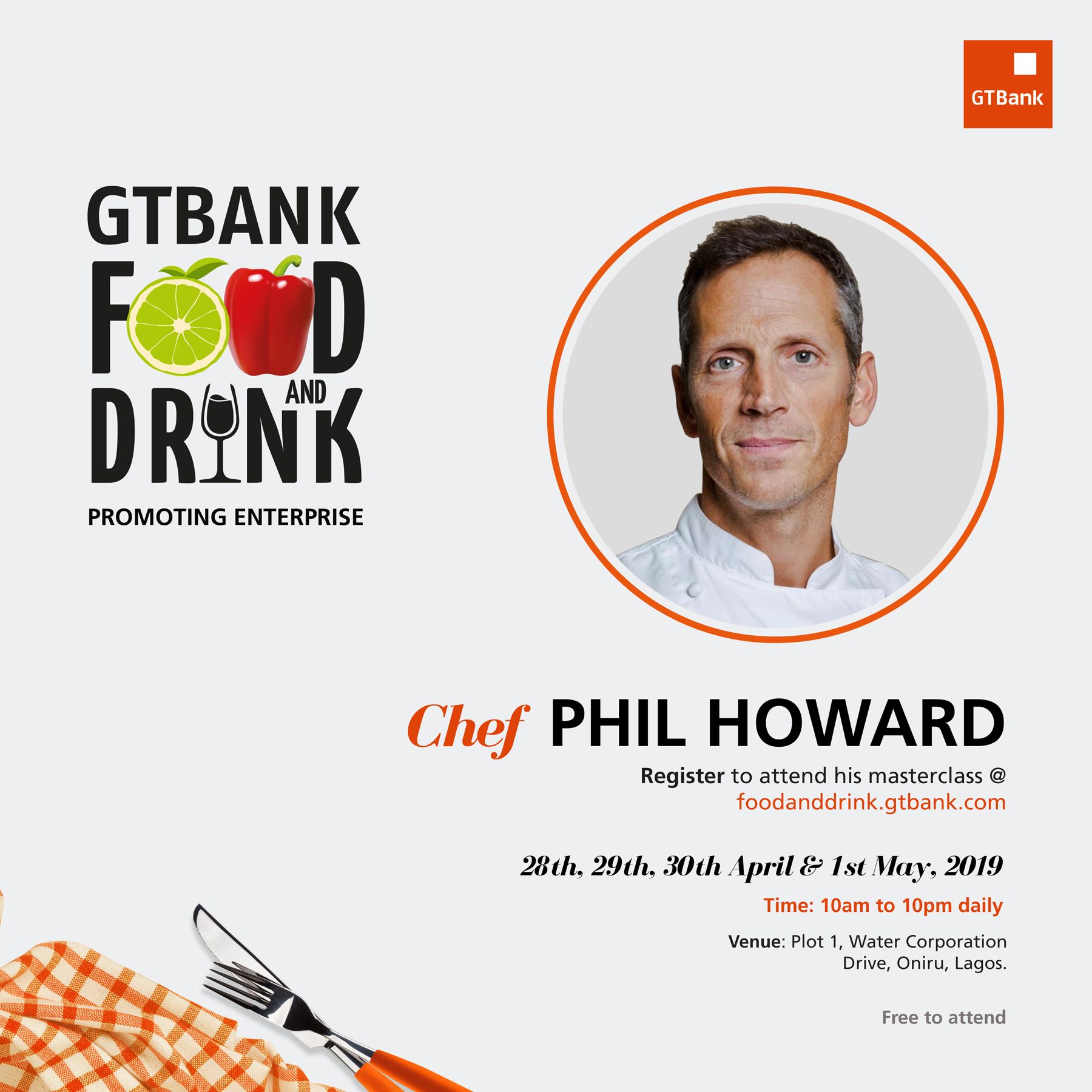 Philip Howard
Philip Howard, also known as the “Chef’s Chef”, is one of Britain’s most celebrated culinary experts. The reputation for Phil’s cooking has been forged through the delivery of pleasure through the harmony of flavour rather than technical wizardry or innovation.

In 1991, Phil opened The Square restaurant, with Nigel Platts-Martin, which remained at the helm for 25 years. His food enjoyed great critical acclaim, earning him two Michelin stars that he held for 17 years. Phil’s new restaurant in London, Elystan Street, has received several awards including a Michelin Star in its first year.

Jeff has come a long way since graduating as Valedictorian from the prestigious culinary school, Le Cordon Bleu. He is a proud partner and executive chef of Pork & Mindy’s restaurants and retail line of sauces, meats. Jeff has also been a guest co-host of The Today Show and has featured on Late Night with Jimmy Fallon, Steve Harvey, Good Morning America, CBS This Morning, Chopped, among many others.

To register for Jeff’s Masterclass on Making The Ultimate Sandwich, click here. Melina Hammer
Melina Hammer is a renowned photographer and food stylist with over a decade of experience in delivering some of the most exciting pictorial depictions of food. She has styled food for notable publications like The New York Times, Eating Well Magazine, amongst others.

When she isn’t cooking up a storm or capturing it through the lens of her camera, she is headlining food styling and photography workshops at the New York-based International Culinary Center (formerly French Culinary Institute) or the US Academy of Nutrition & Dietetics conference, and so on. Melina is also a bestselling author and a recipient of the prestigious, International Association for Culinary Professionals, (IACP) Award.

Queen Moremi The Musical: The Revolutionary Play about Women Leadership is Back | April 18th- May 5th