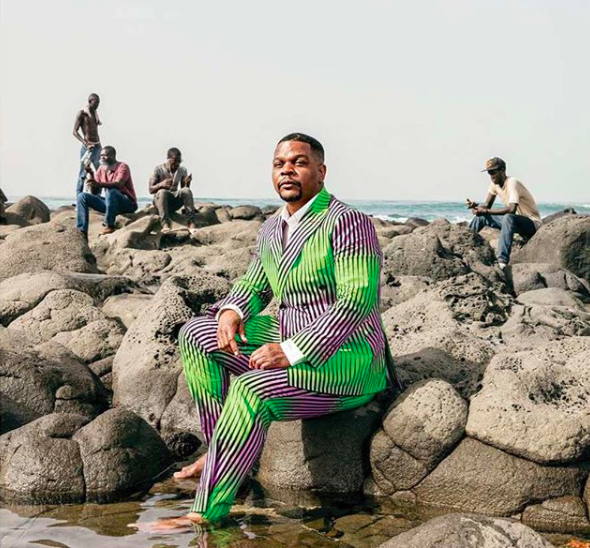 In his Avant-Garde Africa feature on CNN, Kehinde Wiley, the Nigerian-American artist who became the first African-American artist to paint an official presidential portrait of former US President Barack Obama, talks about the artist residency program – Black Rock – he built in Dakar, Senegal.

About Senegal, he said:

It’s radically foreign, but it’s also somehow familiar. I think there was something about the radical dissonance between desert and sea, and the sense of being completely outside of the territory that you’re familiar wit. I come from a place where there are traffic jams, and people flex and floss with their cars. Here, people flex and floss with their bright colours.

On What Africa Represents

I think what Africa represents for me is a place where I can explore media images that I’ve received, and confirm and or deny them. There’s something about the way that you see yourself on television, online and then reconfirm that that’s not exactly what’s happening. This dissonance between the person that you know yourself to be and blackness that you see tele-visualized, I wanted to explore that, and Africa is where that happens.

The residency will not solely focus on the visual arts, Kehinde told CNN, adding that the property will also have a kitchen where top chefs can experiment with cuisine.

“We put in an entire chef’s kitchen, so that we can have this conversation not just about the visual arts, but also about cuisine. This interaction, inviting creative thinkers from all over the world to engage with people, and I have no idea what it’s going to look like. It’s this kind of fear moment fear, that you kind of want as an artist. You know you’re on to something good when you don’t know what the hell is going to pop off,” he said.

Read the rest of the feature on CNN.
Related Topics:Avant-Garde AfricaBlack Rock SenegalKehinde Wiley
Up Next