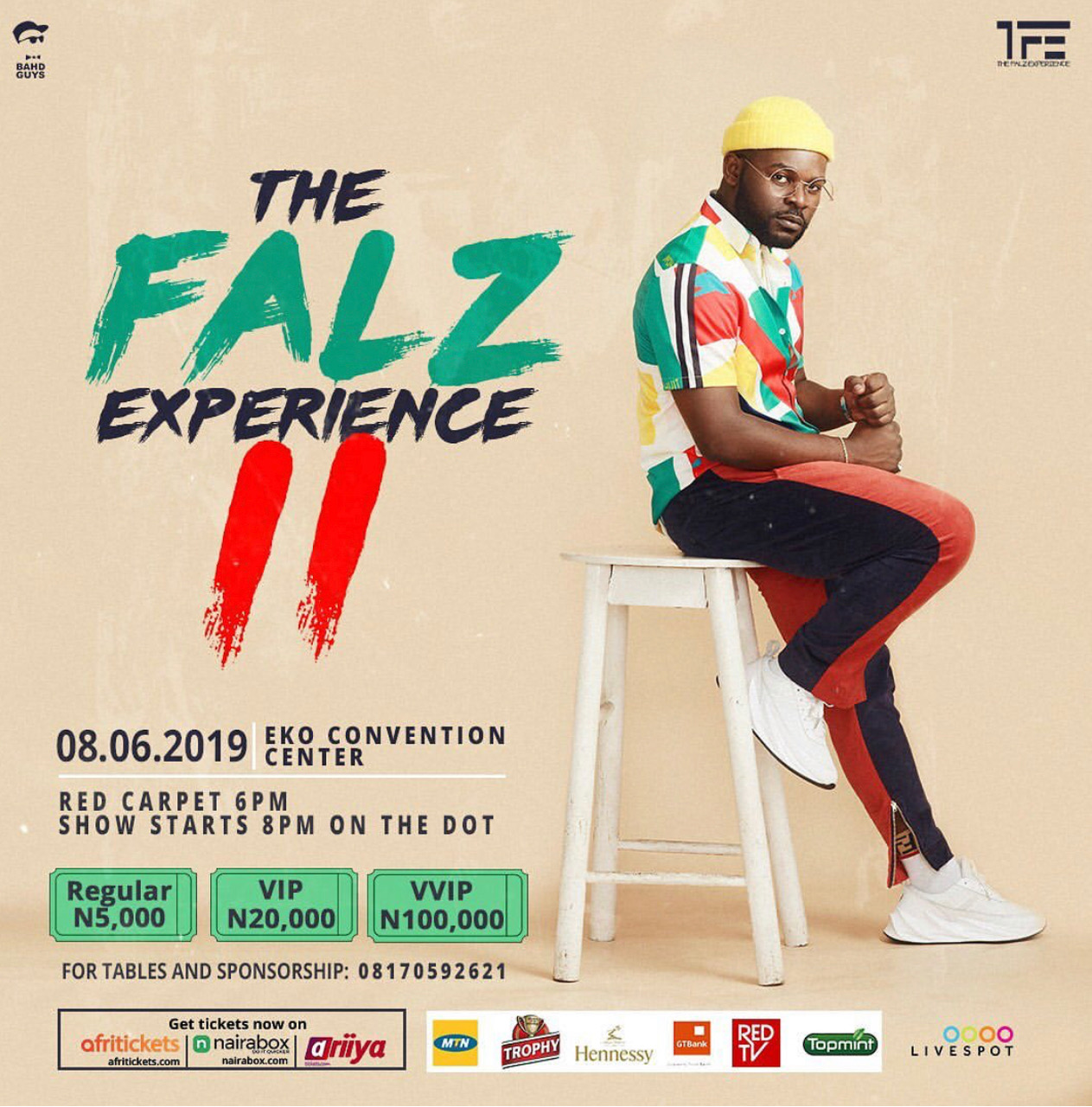 The live concert will feature performances by Falz with support from friends of the artiste to the delight of over 6,000 fans at Eko Convention Center on June 8, 2019.

With early bird tickets already sold out, it is expected that the show will surpass the record-breaking 100 million views recording by the debut edition in 2017.

The maiden edition of the show, which reportedly gulped a whooping sum of N300 million, elevated the concert experience in Nigeria and the follow-up edition promises to be even more groundbreaking.

Fans will be able to guess what the two-time AMVCA winner will do at the show by using the hashtag #WhatWillFalzDo.  From predicting the songs that will be played to which version of Falz that will be showcased, Falz is putting the power in the hands of the fans to predict the concert.

The event will be produced by Livespot 360.

Speaking on why he’s putting the fans at the centre of this edition, Falz said,

“My fans are the core of my career. I am nothing without their love and support and that’s why I’m putting the Falz Experience together, just for them. I would love to see their predictions on how my show would go by engaging in conversations with me on social media with the hashtag #WhatWillFalzDo. It’s a music concert that will incorporate different elements of my art, with support from the many colleagues I have collaborated with and of course, my fans.”

Falz (real name Folarin Falana) is a law graduate from the University Of Reading whose career began in secondary school when he, along with friends, established a musical group called ‘The School Boys’.

Years down the line, Falz has more than proved himself as not only a talented artiste but one with versatility. Singles such as Something Light, Soft Work, Karishika, Wehdone Sir, Bad Gang, Soldier amongst others and a critically acclaimed album, Moral Instruction, have earned him not only organic airplay but have helped carve a niche in the Nigerian entertainment industry.

Also known for his antics as Segun on the popular series Jenifa’s Diary, Falz is the proud owner of several awards. Some of which are: Best in a Comedy Series/ Movie for the 2018 and 2016 Africa Magic Viewers’ Choice Awards ((AMVCA), Viewers’ Choice Best New International Act for the 2016 BET Awards, Album of the Year for the 2016 City People Entertainment Awards, Best Afro Hip Hop Video for the 9th Nigeria Music Video Awards, as well as several nominations.

Premier creative collective, Livespot 360, will be producing The Falz Experience for the second time in a row which should come as exciting news for the fans. Livespot became a household name after brilliantly producing Darey’s “Love Like A Movie” concert series. They brought the same energy and level of creativity to Falz’s debut concert and we can only imagine that they’ll exceed expectations once more this year.

Cool FM treats 500 Kids to a Day Out at the Cinema, Stage Play & Goodies

New Music: PITA – Made For More