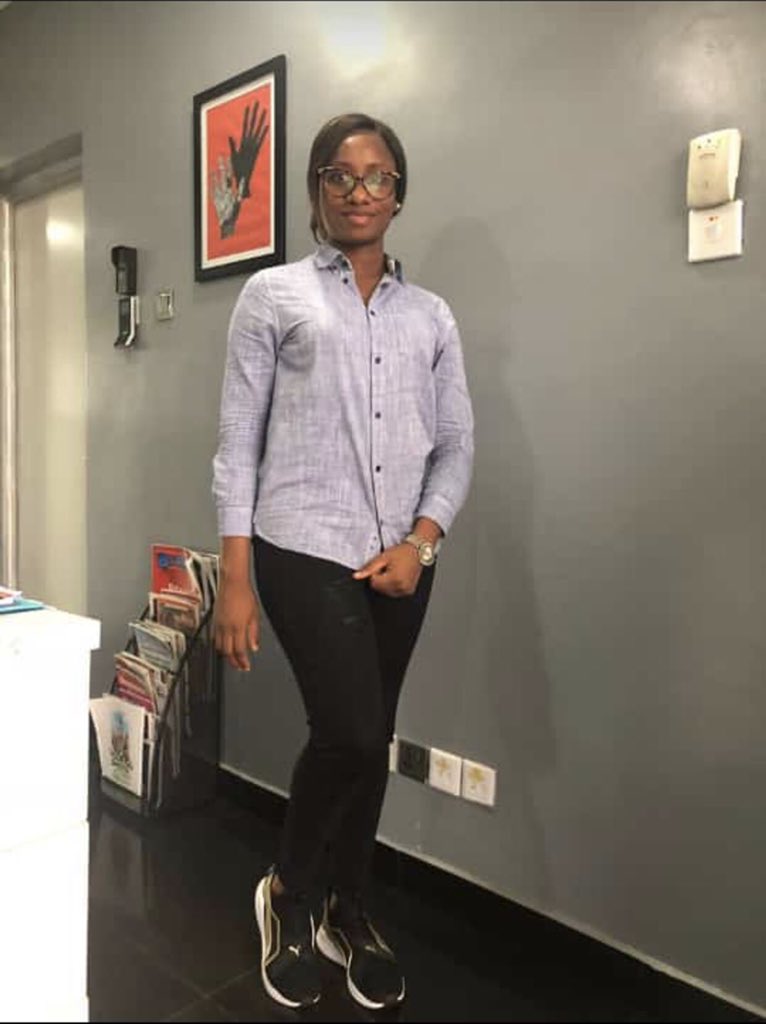 Adewura Latifat Bello, the 26-year old Chartered Accountant who was declared missing in Lagos, has died.

Friends took to Twitter to announce her passing, saying her body was recovered from a canal.

Thank you all for the search. Adewura is Dead. Her Body found in a canal. The heaven has gained an angel. We depart to meet again ?? till we Meet again Adewura ???? Forever in our Heart ❤️ God I am in pains ? but who am I the question you. Rip ? pic.twitter.com/cH6Sbd8VNh

Adewura boarded a bus heading to Egbeda from Ikeja on May 15th, 2019 and had spoken to a family member when she got to Cement bus stop and since then, no one has heard from her.

The Nation reports that she was said to have been on a motorcycle inside Gowon Estate and might have been carried away by floods occasioned by heavy rains that evening.

The report added that in the course of her search, residents of the area had posted on social media that a woman about her size and age was washed away by flood through a manhole shortly after the motorcyclist carrying her was advised not to proceed.

It was said that the motorcycle driver, who survived the accident, was apprehended and handed over to Mosalashi Police Station.

Speaking to reporters, Lagos Police Spokesperson DSP Bala Elkana said kidnap has been ruled out since no ransom was demanded.

Related Topics:Adewura Latifat Bello
Up Next

With Breaking Hearts, Nigerians on the Internet Mourn the Passing of Adewura Belo ?