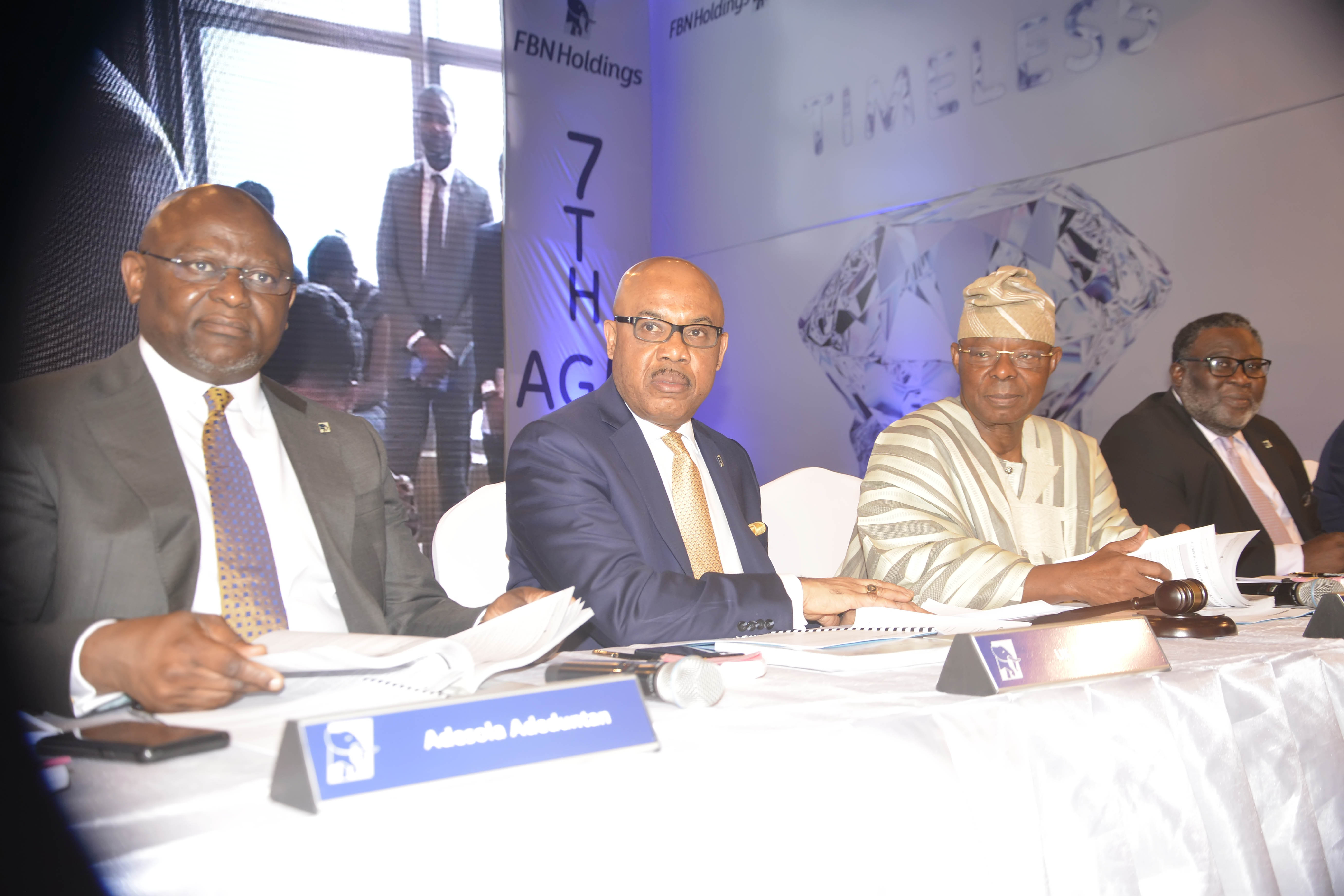 The shareholders of FBN Holdings have been assured of a brighter future and enhanced dividend at the 7th Annual General Meeting (AGM) in Lagos. Speaking at the meeting in Lagos, Dr. Oba Otudeko,  FBN Holdings Group Chairman, assured the shareholders that the company had mapped out strategies aimed at ensuring enhanced value creation for the future.

Otudeko said that the board and management would work together to create shareholder value and build a strong foundation for the future. “We are not resting on our laurels, and our renewed approach to synergy and innovation will be major drivers to unlocking earnings potential for our group. We believe that our efforts to integrate our offerings and provide end-to-end solutions for our customers will create a competitive advantage in our markets,” he said.

Also speaking, Urum Kalu Eke,  Group Managing Director FBN Holdings, said that the company was committed to greater exploits in the future in its drive to deliver value to its shareholders. “I would like to reiterate our promise to you and the entire market that 2019 represents for us the year of inflection. All leading indicators, derived from our numbers, point to the commencement of growth across businesses, markets and indices. As we transition to a new strategic planning cycle post-2019, we are confident that the focused execution of our strategy, investment in future-enabling technologies, development of our talents and our re-engineered processes to repositioning the group for the ultimate benefit of the shareholders,” Eke said.

He also commended the shareholders for their unwavering support to the group over the years. The company for the period under review posted a profit after tax of N59.7 billion compared with N45. 5 billion achieved in the comparative period of 2017, an increase of 31.4 percent.

The year also recorded reduction in impairment charges which declined to N87. 3 billion from N150.4 billion, representing a 42 percent drop and proof to the improving loan book of the commercial bank.

He assured the shareholders that the board and management had restructured the entire group for more sustainable growth. “For liquidity perspective,  you have a strong institution that would pay a dividend on a regular basis. We have built capital buffet at the commercial bank and the other entities are well capitalized also. 2019 promises to be a much better year than 2018; all operating entities are in safe hands with good management teams. NPL ratio should be a single digit by end of 2019, we will pursue recovery and when it happens the commercial bank will contribute to dividend payment,” he stated.

Eke noted that significant growth in the bottom line was due to several factors including the improved risk management processes which endured that impairment changes dropped year-on-year. He, also, attributed the growth to implementation of servers cost containment initiatives during the period.

Also speaking, Dr. Adesola Adeduntan, First Bank of Nigeria, Chief Executive Officer,  said that recovery efforts on all accounts provisioned were in progress. Adeduntan said that the bank would ensure that no kobo would be left in the hands of the third party, noting that, the bank would work harder to resolve all the legacy NPL.