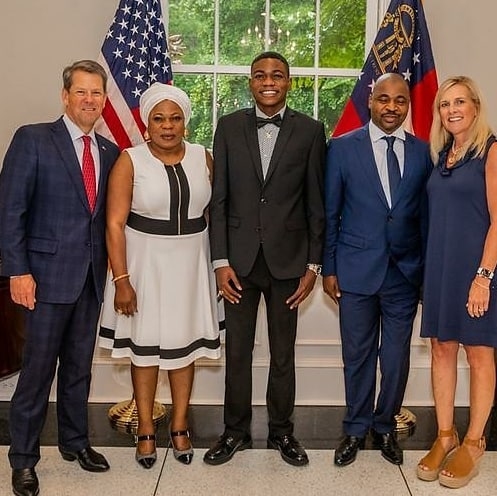 A photo shared by one of the leaders of the National Union of Road Transport Workers (NURTW) in Lagos, Musiliu Ayinde Akinsanya, popularly known as MC Oluomo, has fast becoming the subject of discussion on Twitter NG.

MC Oluomo, arguably the most popular NURTW leader nationwide, shared a photo of him and his family with Governor Brian Kemp and his wife Marty Kemp.

“Honorary invitation to me and my lovely son Ololade by the executive governor of Georgia USA Brain Kemp and his wife, Marty Kemp. ALHAMDULLIA,” MC Oluomo wrote on Instagram. 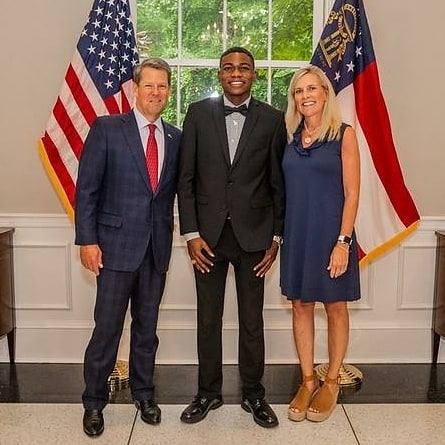 I am a proud father and I will continue being one. Alihamdulilia for my son’s graduation today at Atlanta Georgia, Clayton County performing Arts Center. My son, Ololade Abdulai Akinsanya I am very proud of you and the next step you’re taking in life. You made me and your mother proud and you will continue making us proud in sha Allah. May Almighty Allah allow us all to witness more success of our children and may we never know sorrow in life. Gbo gbo wa la ma jere omo

Attention!!! My great people .. I want to use this period to ask this question that is bothering me… What is the difference between Luck and grace ?… I am bother… Example.. Is Mc Oluomo enjoying Luck or grace?

How do we explain to the Governor of Georgia that the man next to his wife is MC OLUOMO no 1 agbero in Nigeria. pic.twitter.com/WfziUNUk0C

It will be Governor Musiliu Akinsanya ? pic.twitter.com/RHcnvraLN1

MC Oluomo Son: Oh #Lagos! See your future governor in the making ???. Now that he has had an encounter with Georgia governor, it is a confirmation for his father. ?

Y'all need to understand this. A white man doesn't care if you burn your own house, as long as you respect yourself when you're in his house, plus what you're bringing to the table is an asset to him.

You seriously think the governor of Georgia does not know who MC OLUOMO is?!?

Trump on If He’d Apologise to Central Park 5: “they admitted their guilt”