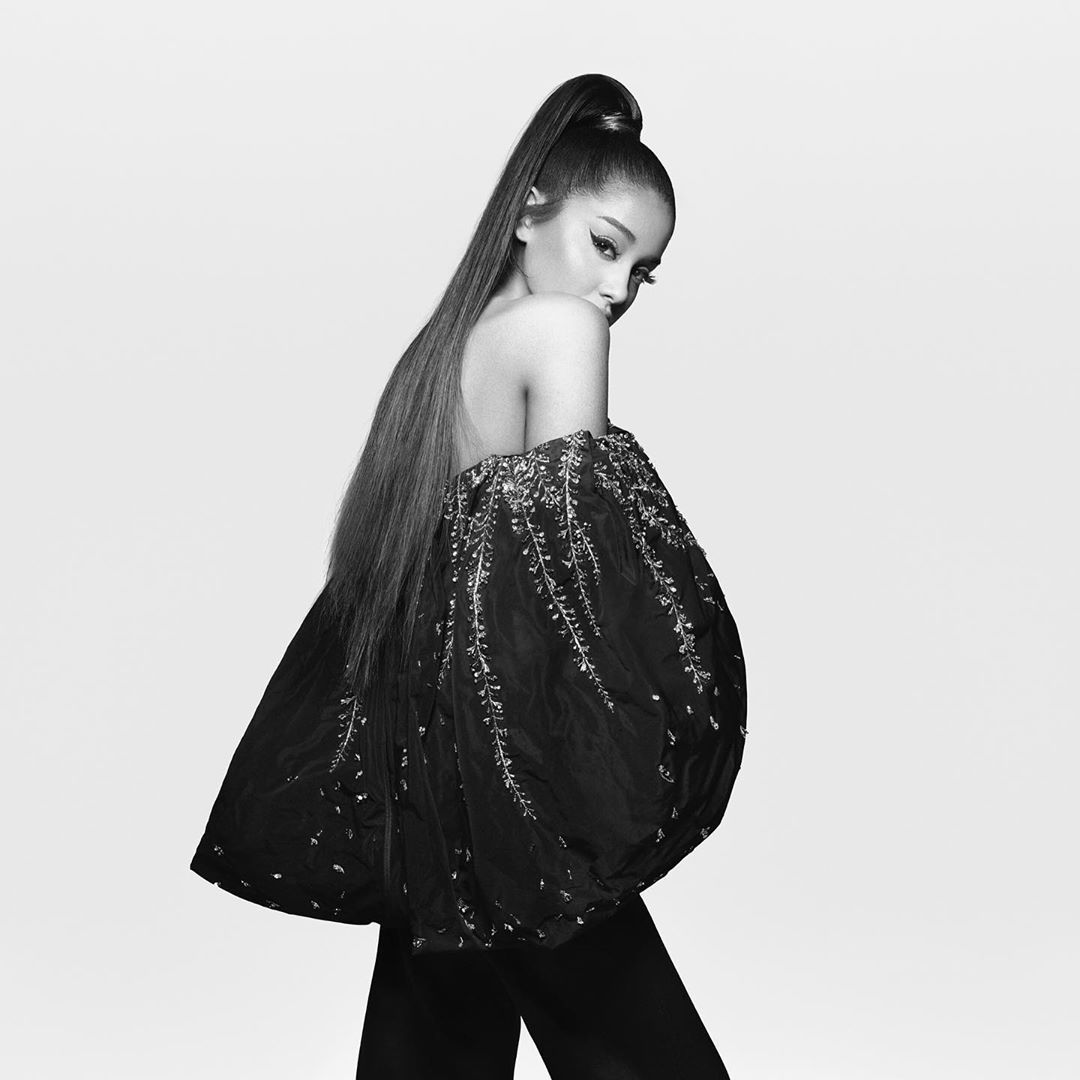 Finally, the pictures from award winning singer Ariana Grande’s first campaign with Givenchy is out! The singer, who was revealed to be working with Givenchy two months ago, looked absolutely stunning in the campaign editorial shot by photographer Craig McDean. In the first look, Ariana is clad in an off-the-shoulder top with gold embroidery in a black and white photograph while wearing a green pantsuit with exaggerated structured shoulders in the second look. 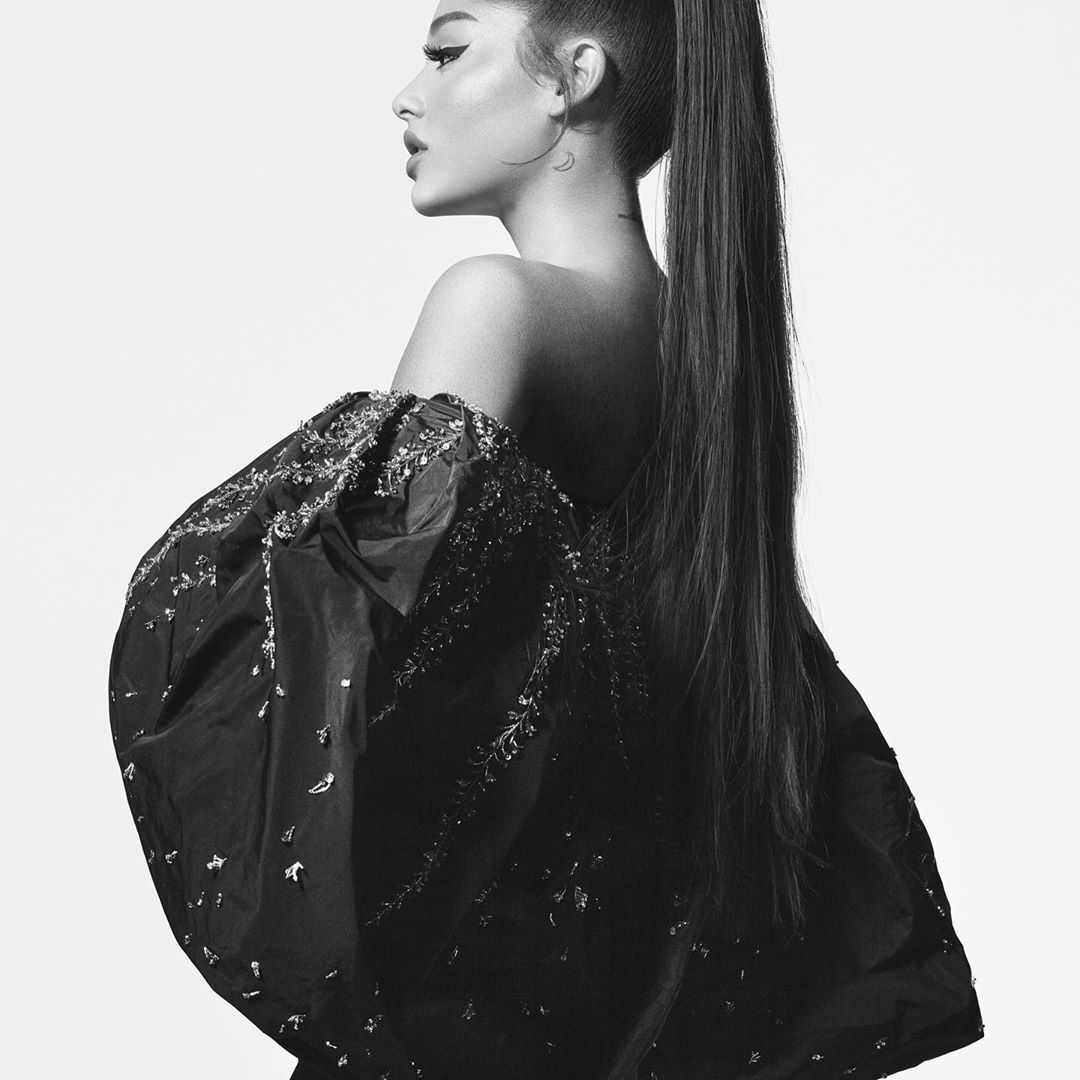 The best part of the whole ensemble is that the 7 Rings singer’s iconic pony tail and trademark black cat-eye flick were a constant and tied both looks together perfectly!

Ariana had previously communicated her excitement about working with Givenchy in a released to Vogue and had said:

I am so proud to be the new face of Givenchy. It is a house I have forever admired, and to now be part of that family is such an honor. I love this clothing and the confidence and joy it brings to the people wearing it. Not only is the clothing timeless and beautiful, but I’m proud to work with a brand that makes people feel celebrated for who they are, and unapologetic about whatever they want to be.