Do You Know what Awesome is all About? Find Out 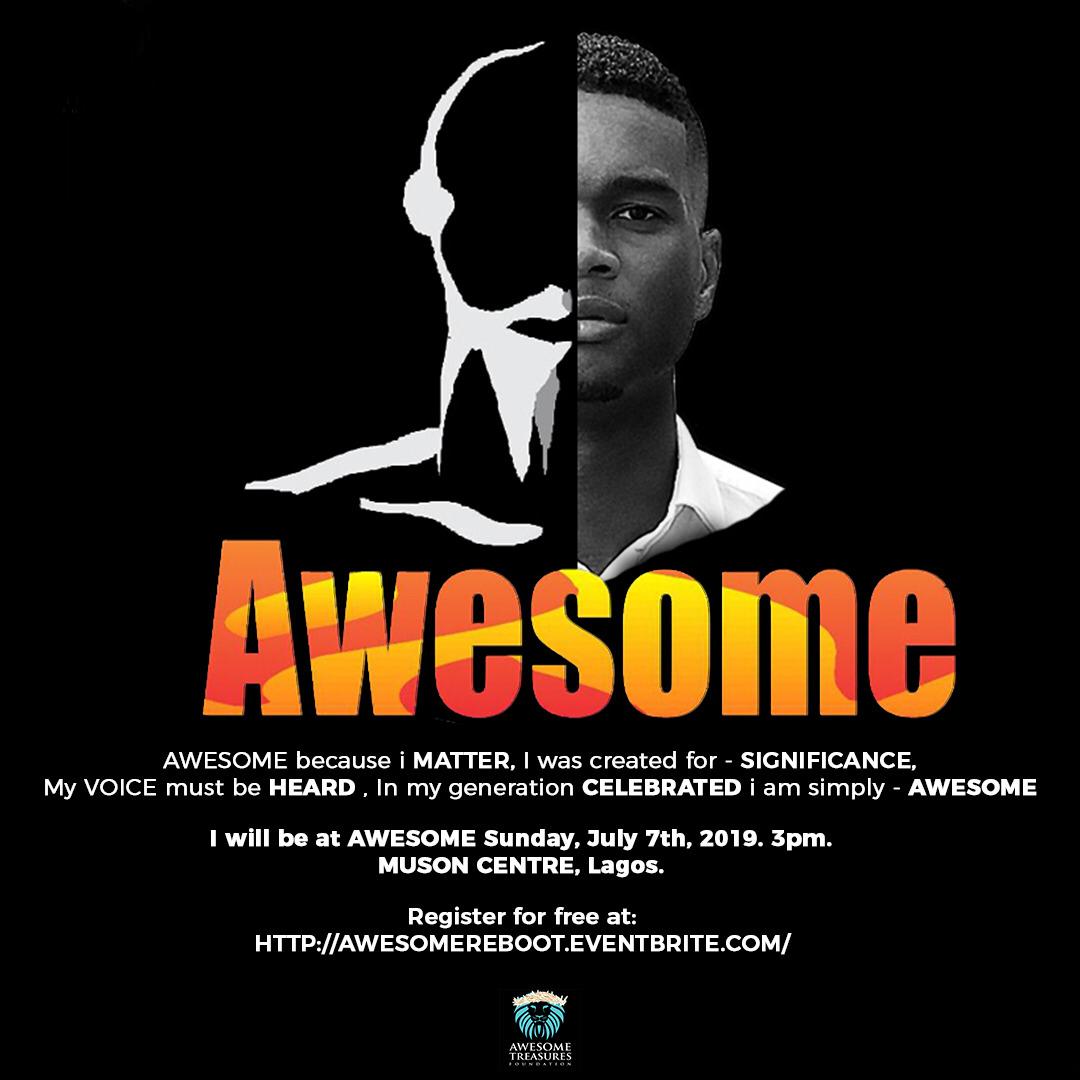 Awesome the Youth Summit like no other is back!!!

Powered by Awesome Treasures Foundation, a faith based NGO recognised by the United Nations which raises transformational leaders across sectors; from 2001 to 2004, Awesome swept through the youth scene in South Western Nigeria .

Awesome provided a platform for exposure for many youth who have become cross sector leaders and influencers .

Awesome Summits were phenomenal encounters where the Youth engaged and their voices were heard in a no holds barred interactive session, followed by Paradigm Shifting Messages from the host and Founder of Awesome Treasures, Olajumoke Adenowo in a strong atmosphere of the Spirit filled with amazing worship at a concert where most youth artistes featured were provided their first exposure to crowds of over 5000. Awesome featured in Lagos and also toured University Campuses such as OAU Ife and Unilag.

“ SJ ( As Olajumoke Adenowo is fondly called by the youth ) was the first person to put a mic in my hands and make me face the camera.” The award winning actor is part of the Awesome Alumni Team which bursts back on the scene with Awesome Reboot on

Awesome Reboot features a ground breaking collaboration with the prestigious Music label Chocolate City. In the forthcoming Awesome Competitions (the past competition was won by Midnight Crew and Infinity). The Chocolate City label which comprises of Outstanding Artistes like Femi Kuti, Nosa and others will be demonstrating it’s commitment to raising fresh talent among our youth by
1) producing a two song demo for the winner
2) providing a collaboration opportunity with a Chocolate City artiste
3) providing a mentoring session for the Winner .

One of the prizes would also be a cover photo shoot with the celebrated Emmanuel Oyeleke of EOP Studios .

To qualify for the Awesome Competition, the Artiste must have previously featured at an Awesome event .

Admission is free !! To register and  have access to live updates and information of the Summit
Click on this link here  to register and spread the word !

Golden Moment with Guinness Gold was a Blast! Here’s a Sneak Peek