It all Started with a Food Request! Barbara & Habeeb's #BNBling+ Love Story

Barbara and Habeeb‘s love story is making us mushy.

Barbara, the bride-to-be, went out with a couple of friends and somehow, her friend got too engrossed in a game to pay any attention to her. However, Habeeb took advantage of this opportunity to take her out to get food. A few Snapchat gist and dates later, Habeeb planned a beautiful proposal and guess Barbara‘s response? You guessed right! She said, “yes!”

You can catch up with more feature here on www.bellanaijaweddings.com. 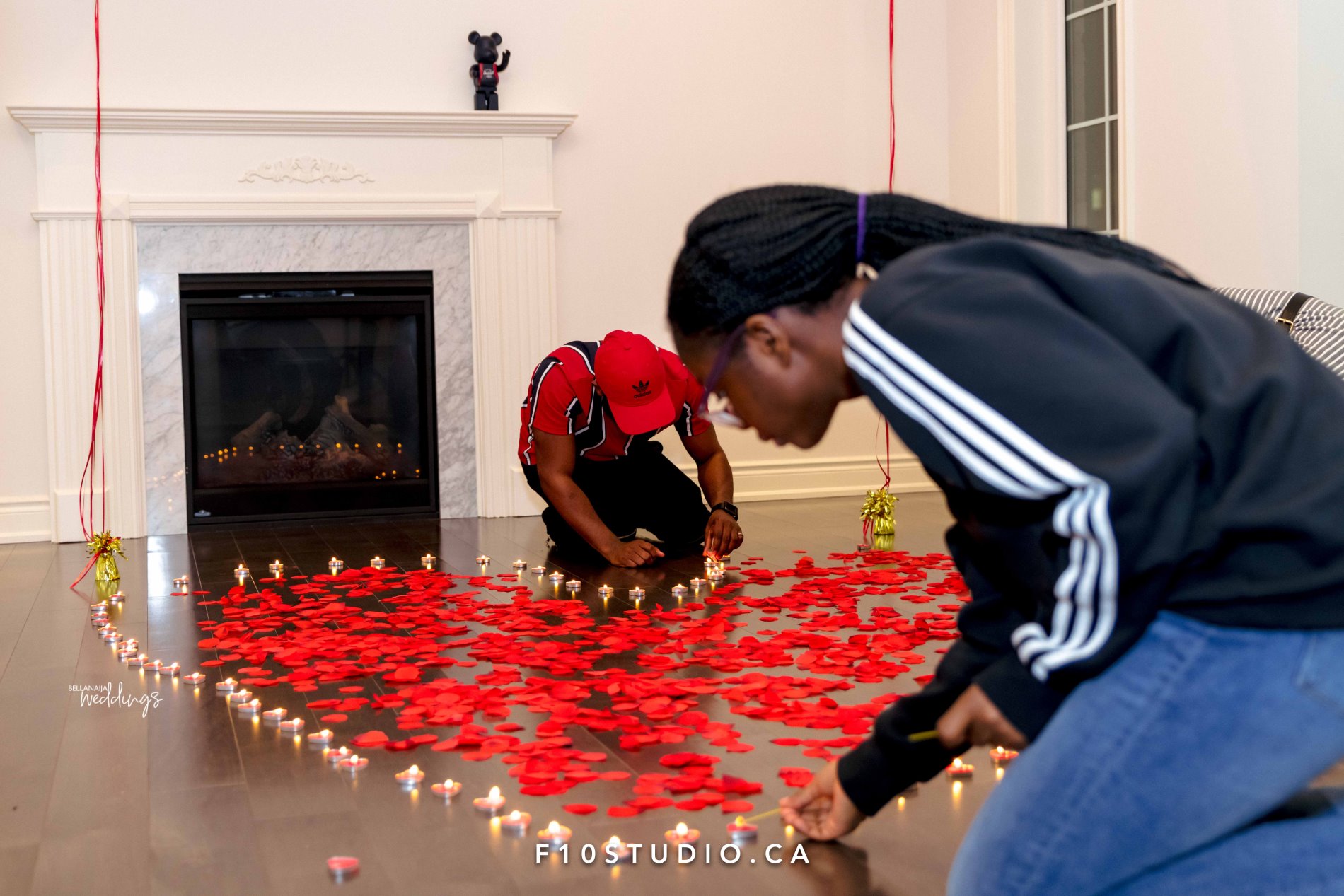 How We Met
By the bride-to-be, Barbara

Habeeb and I met sometime in March of 2015. I was in my 3rd year at the University at this time he was also in university at the time. He schooled in Toronto and my university was about an hour and a half away from his. I had a couple of friends who lived in Toronto so I would go there once a while to visit and just chill. The school was getting stressful and  I needed a break from everything. So, I called up my friend Onyinye and told her I was coming to visit. I packed some bits and hopped on a bus to Toronto. The following day, Onyinye went to work all day, so I got bored and texted our mutual friend to take me out. He then replied that he had a soccer game and asked if I wanted to come. 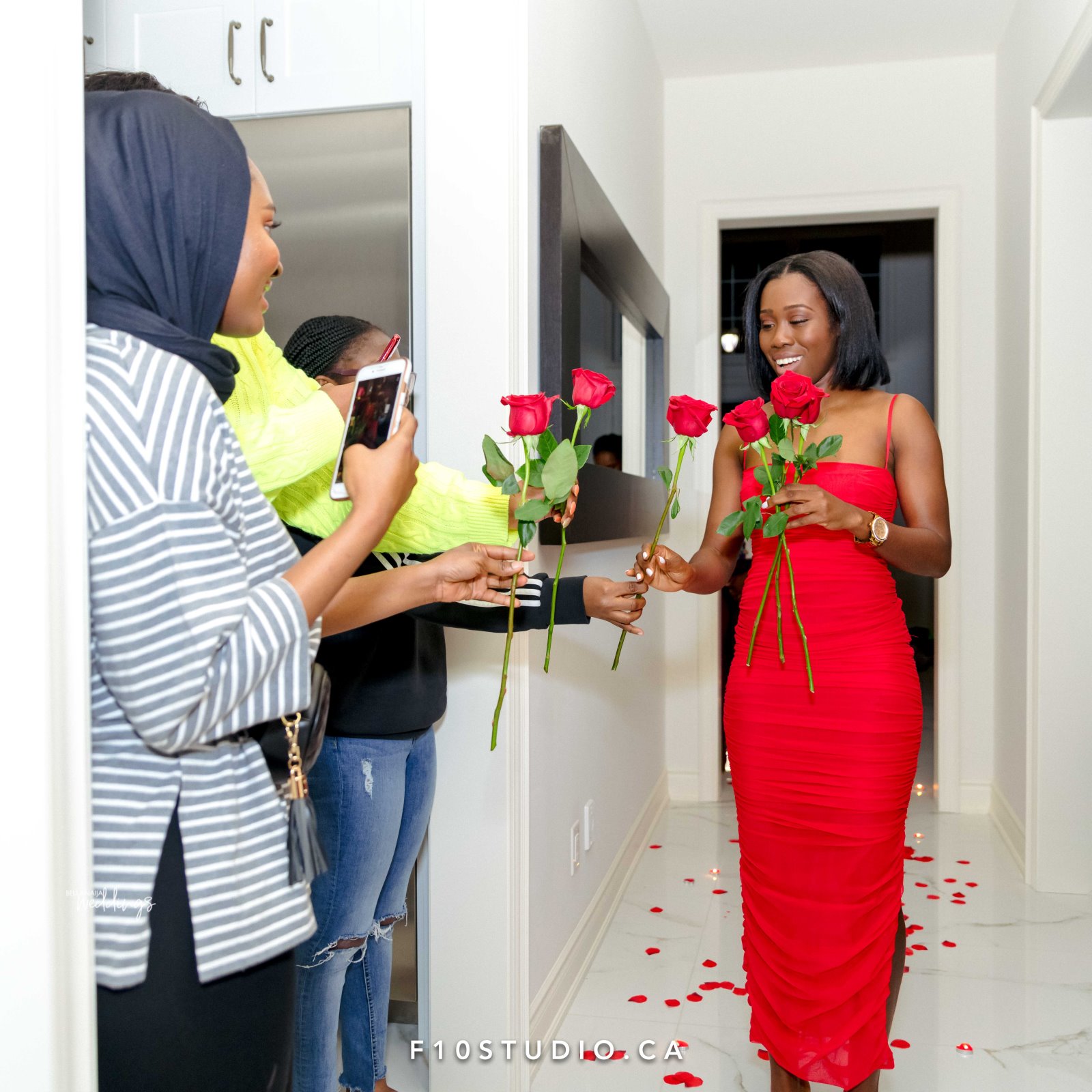 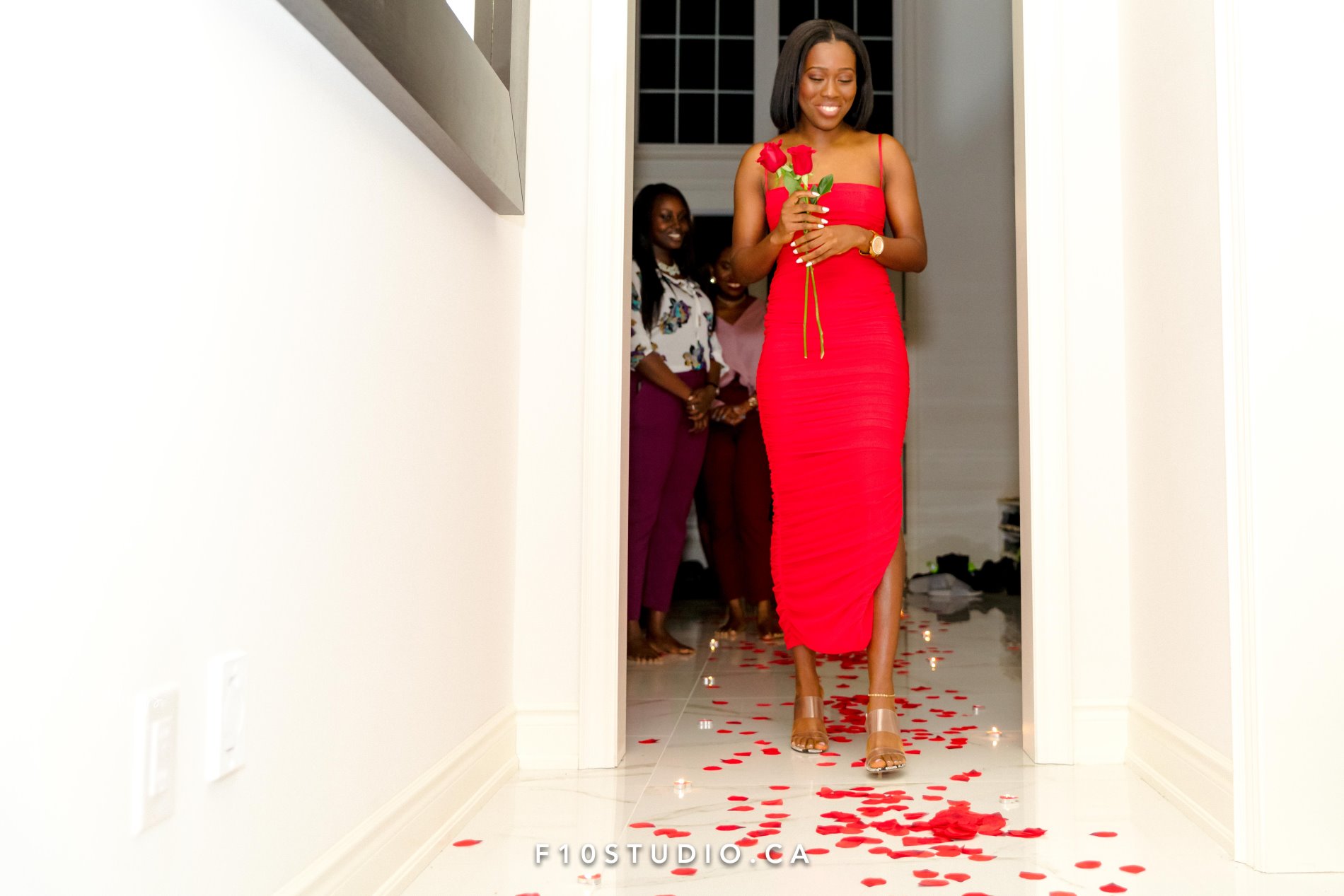 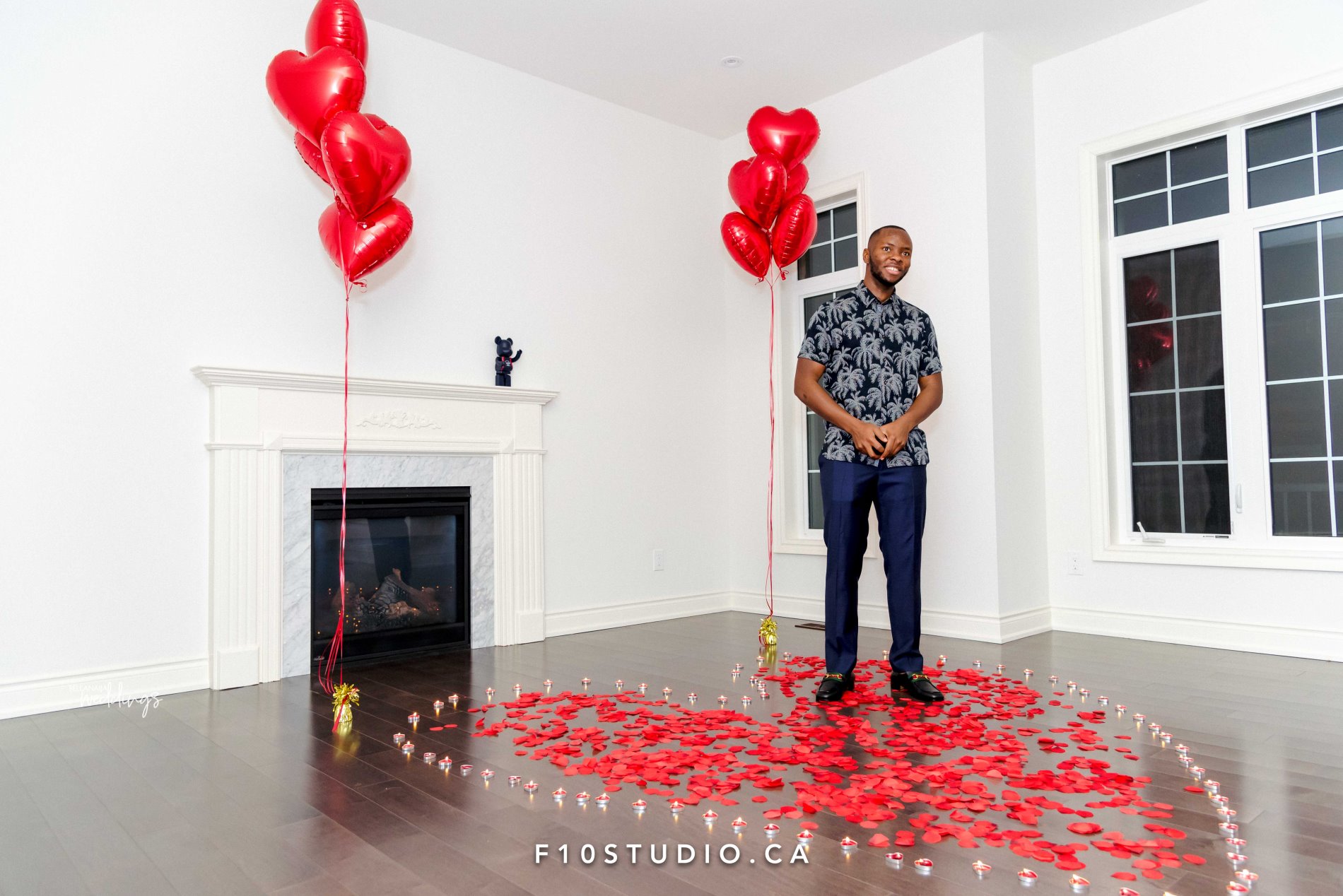 John and a friend picked me up and there was Habeeb sitting in there. We all went to his house and the guys started playing FIFA. John got into the game and forgot about me lol. Habeeb heard me telling John that I was hungry and offered to take me to get food. We got the food, went for the game and we all went home after that. About two weeks after, I got a text from John saying Habeeb sent his regards. Big grin on my face lol. A couple of weeks after sent his regards again. This time, I asked John to give Habeeb my Snapchat ID. 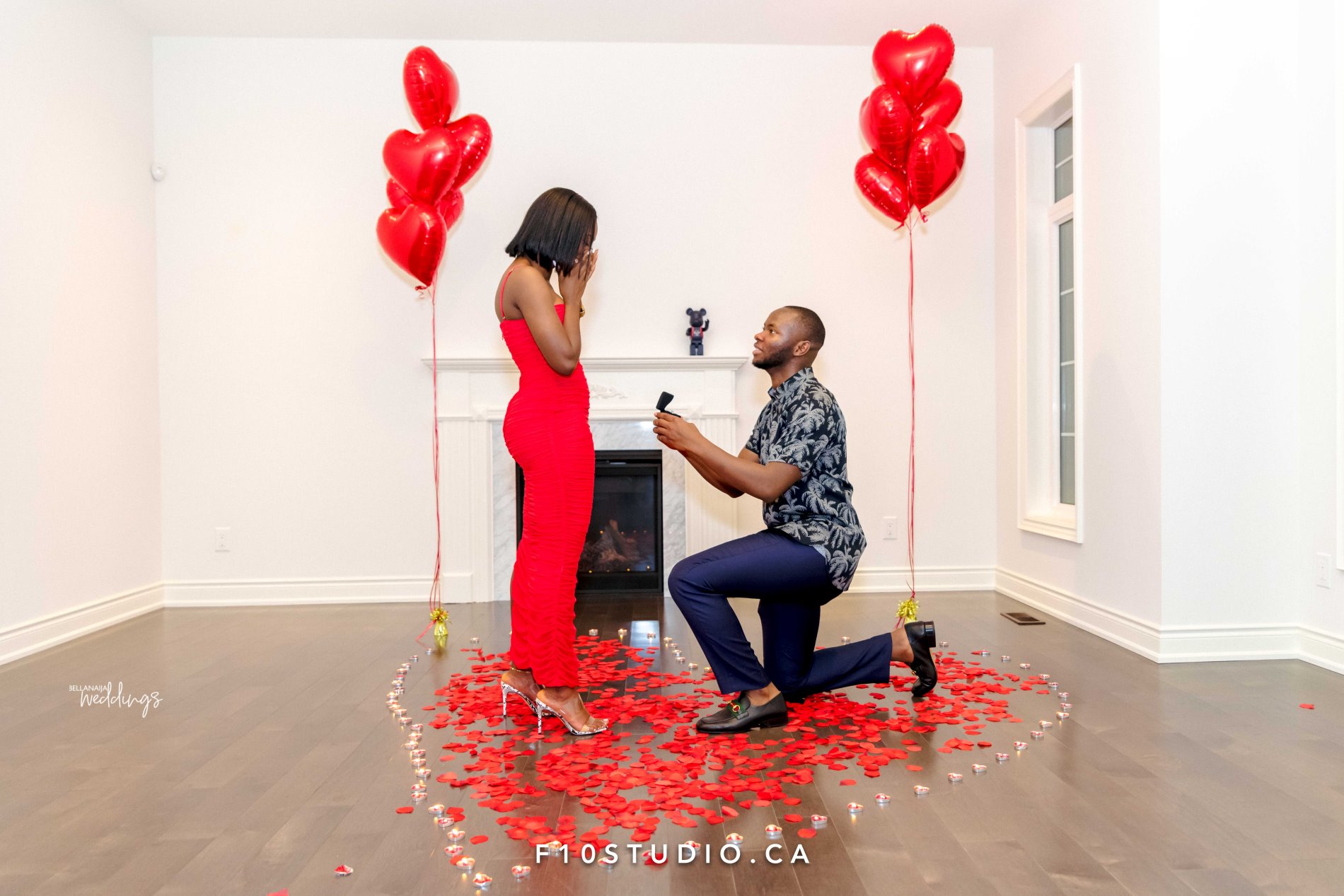 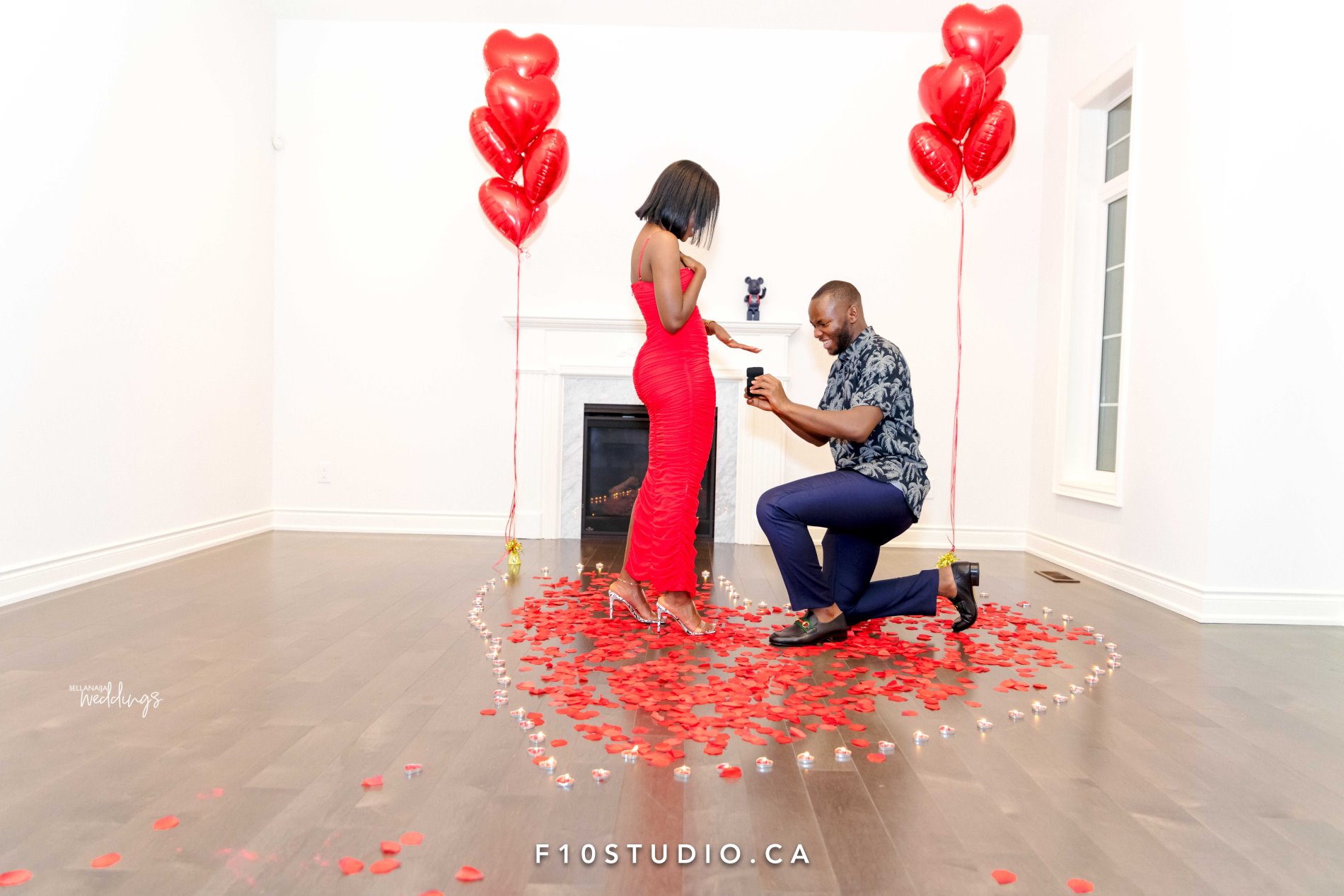 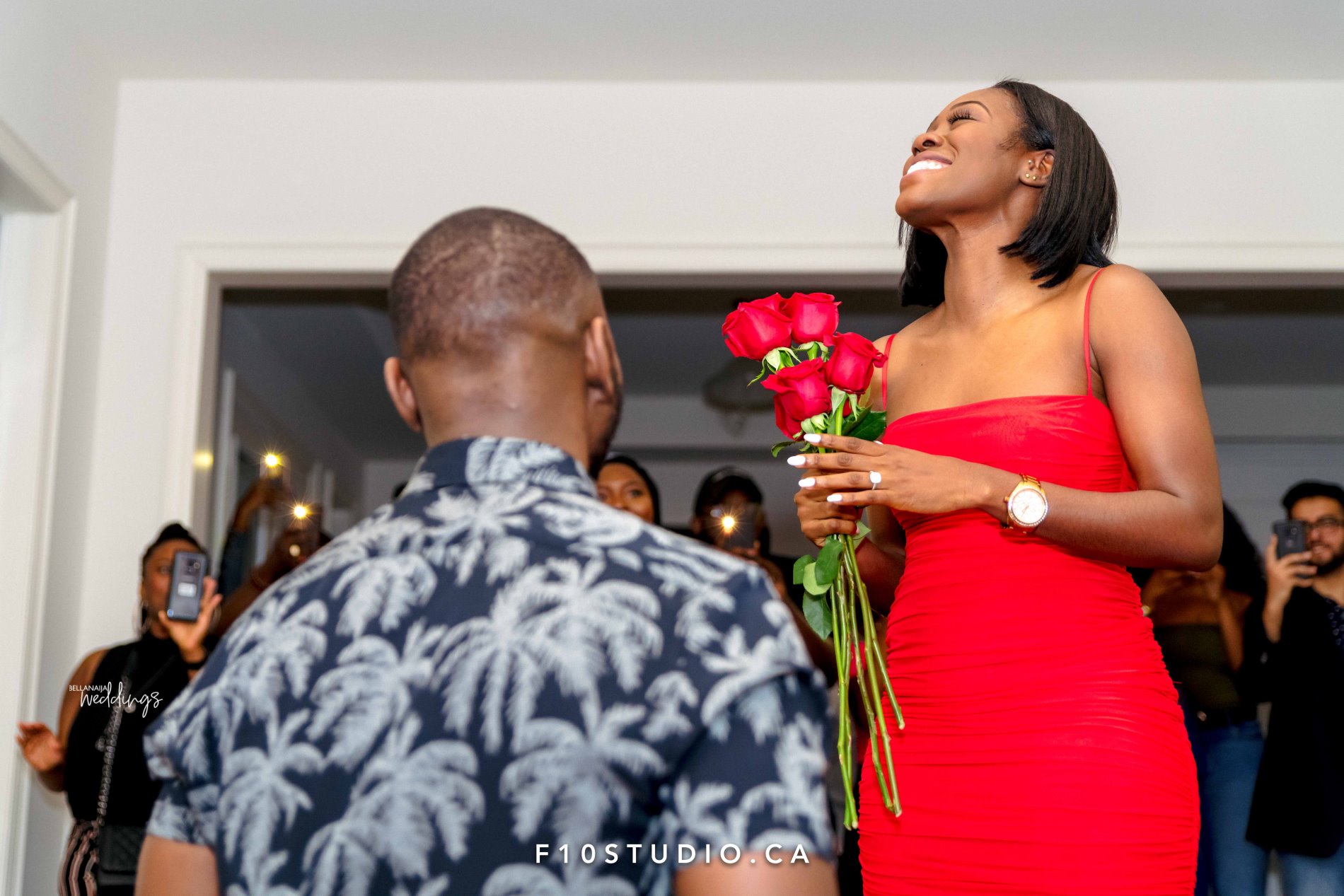 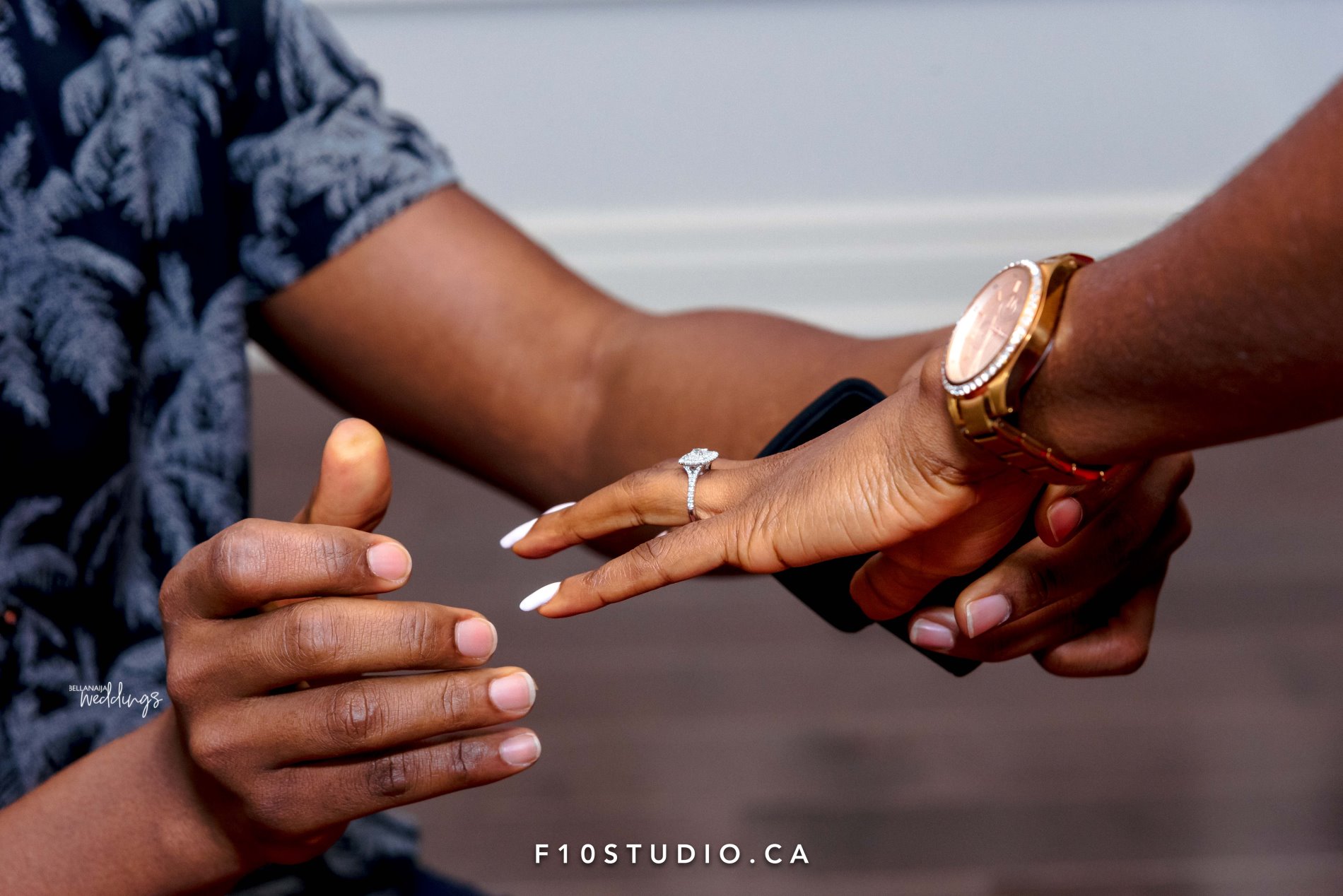 We started talking on snap here and there. Finally, he asked for my number and we started calling each other for hours and we would sleep through the phone calls. We went on our first date, then four years later, he planned this beautiful surprise proposal. 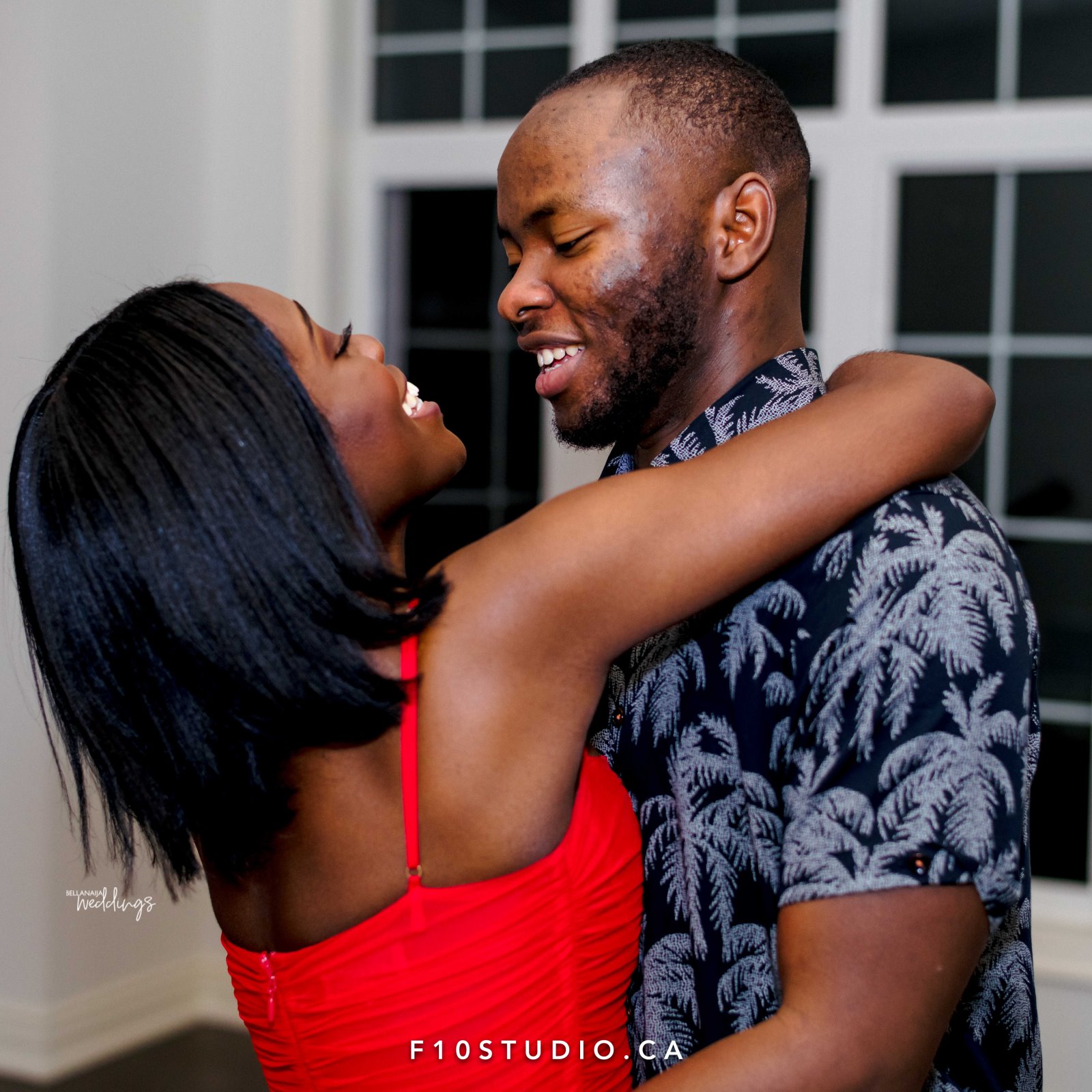 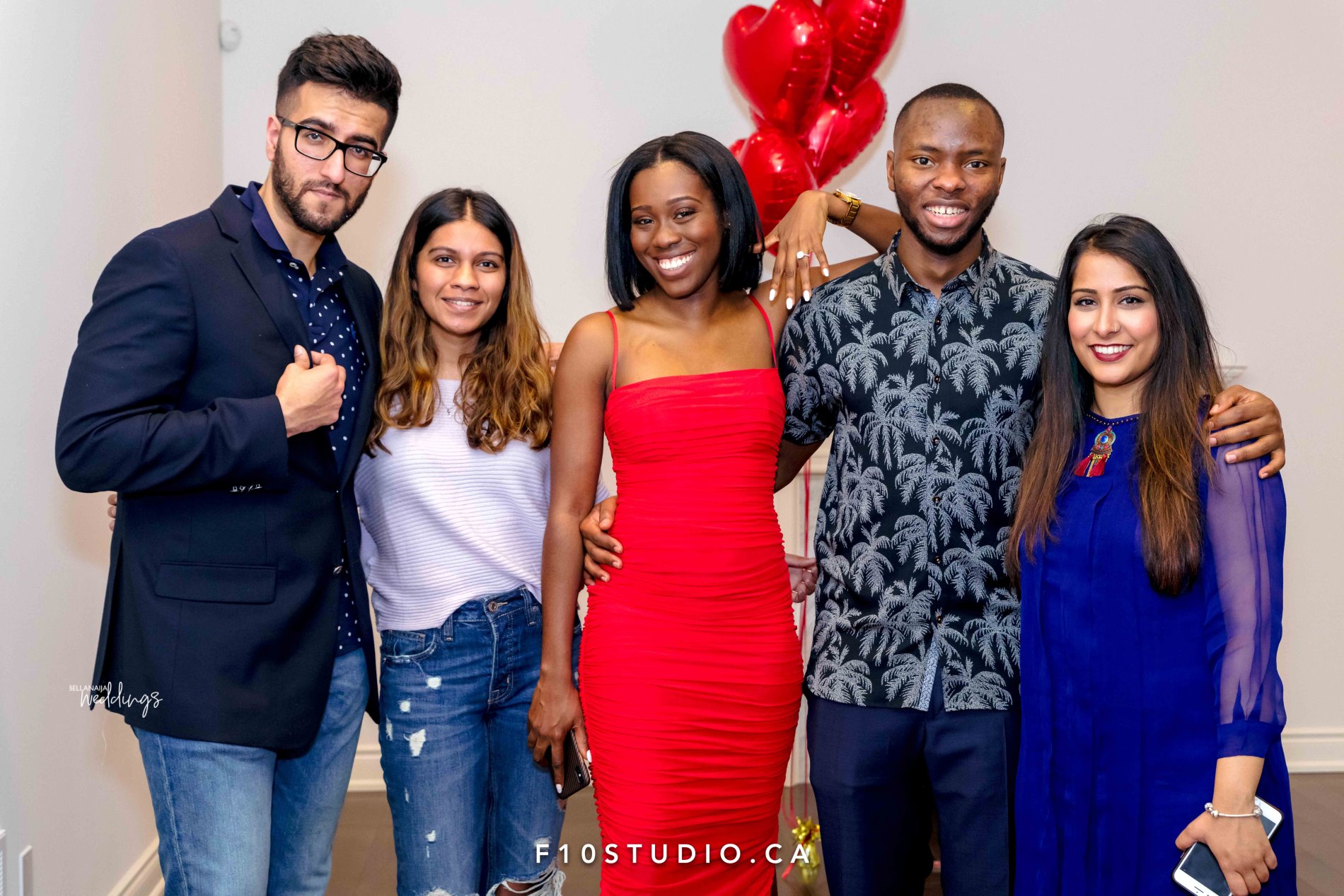 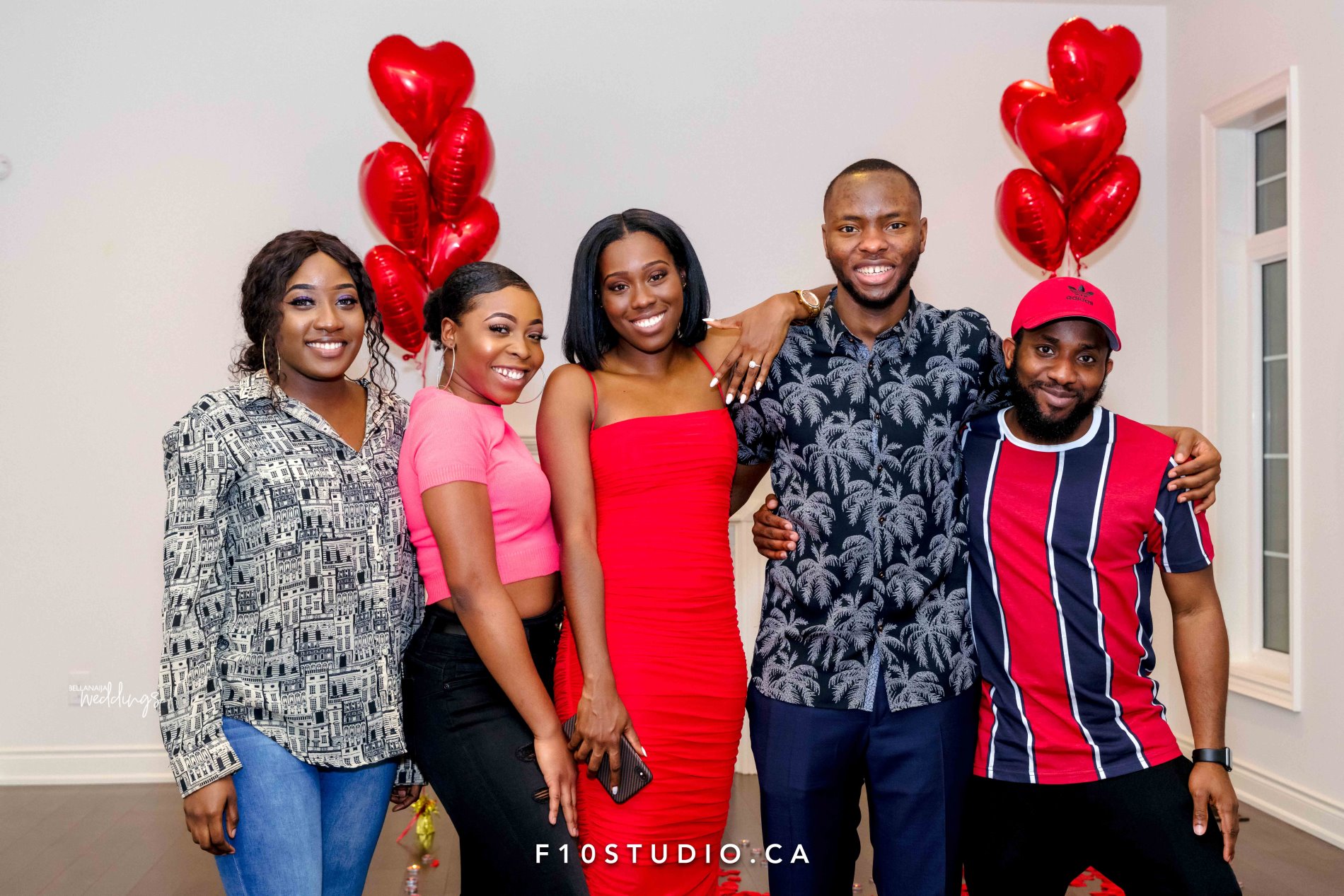 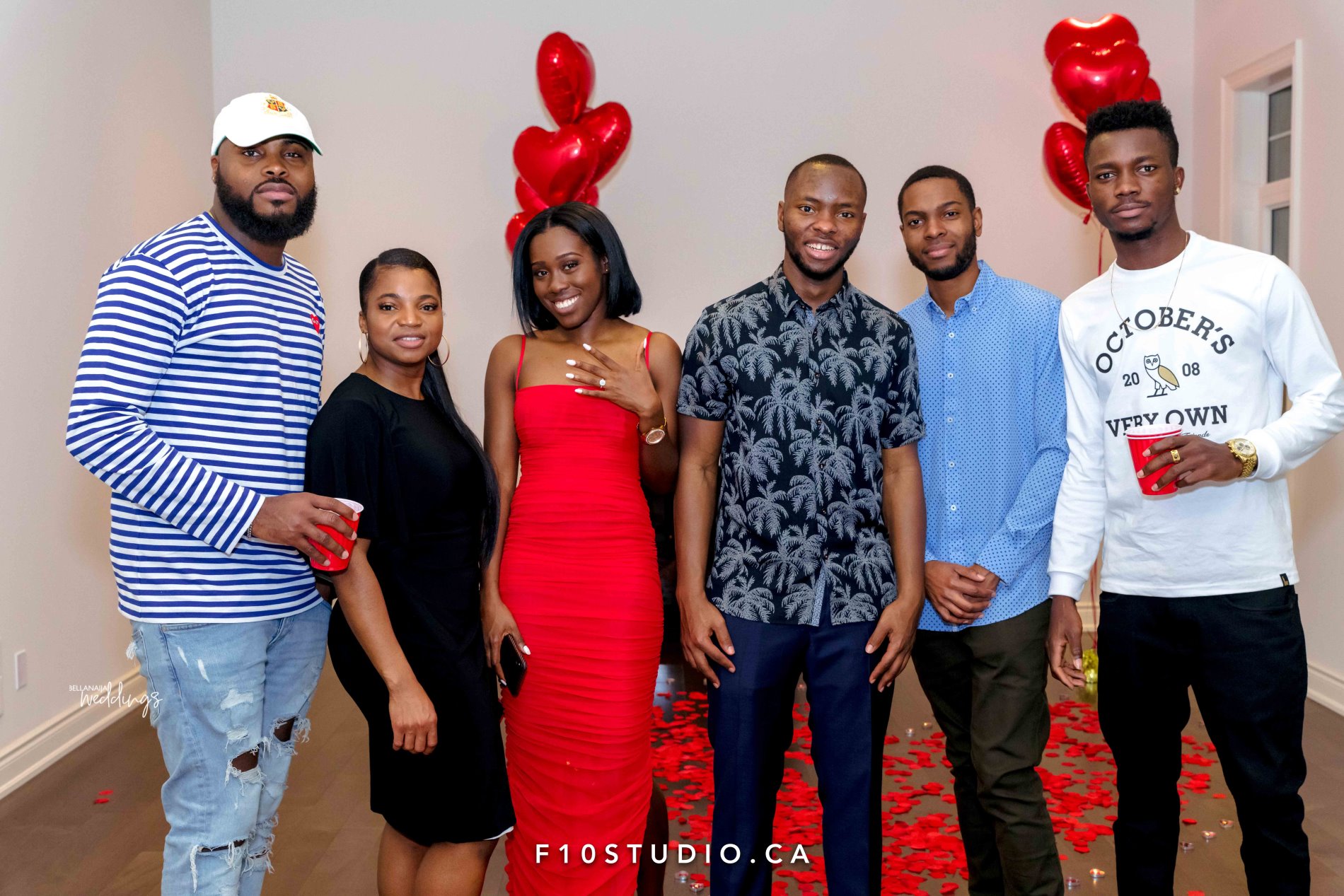 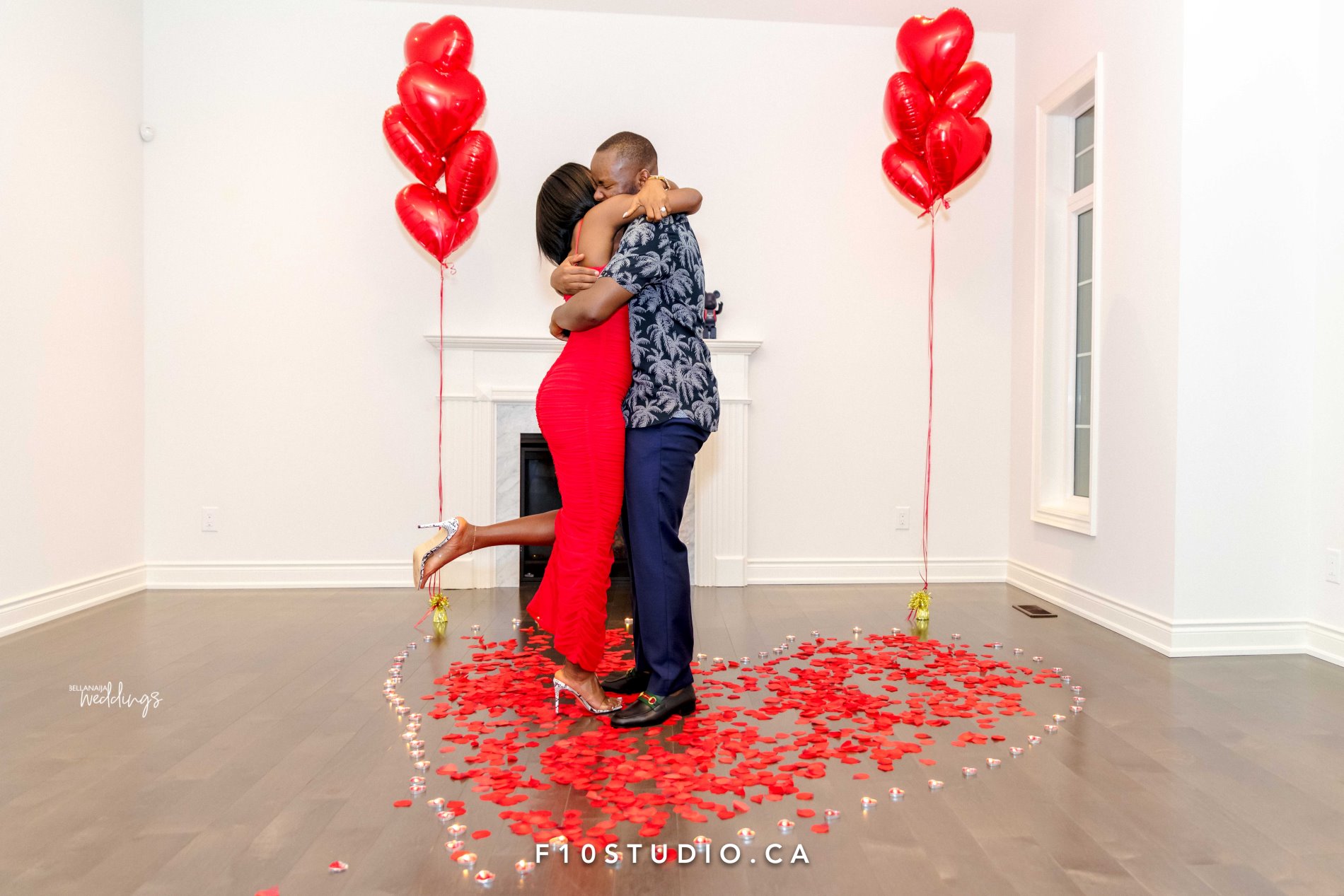 The fun doesn’t end here, head over to www.bellanaijaweddings.com.