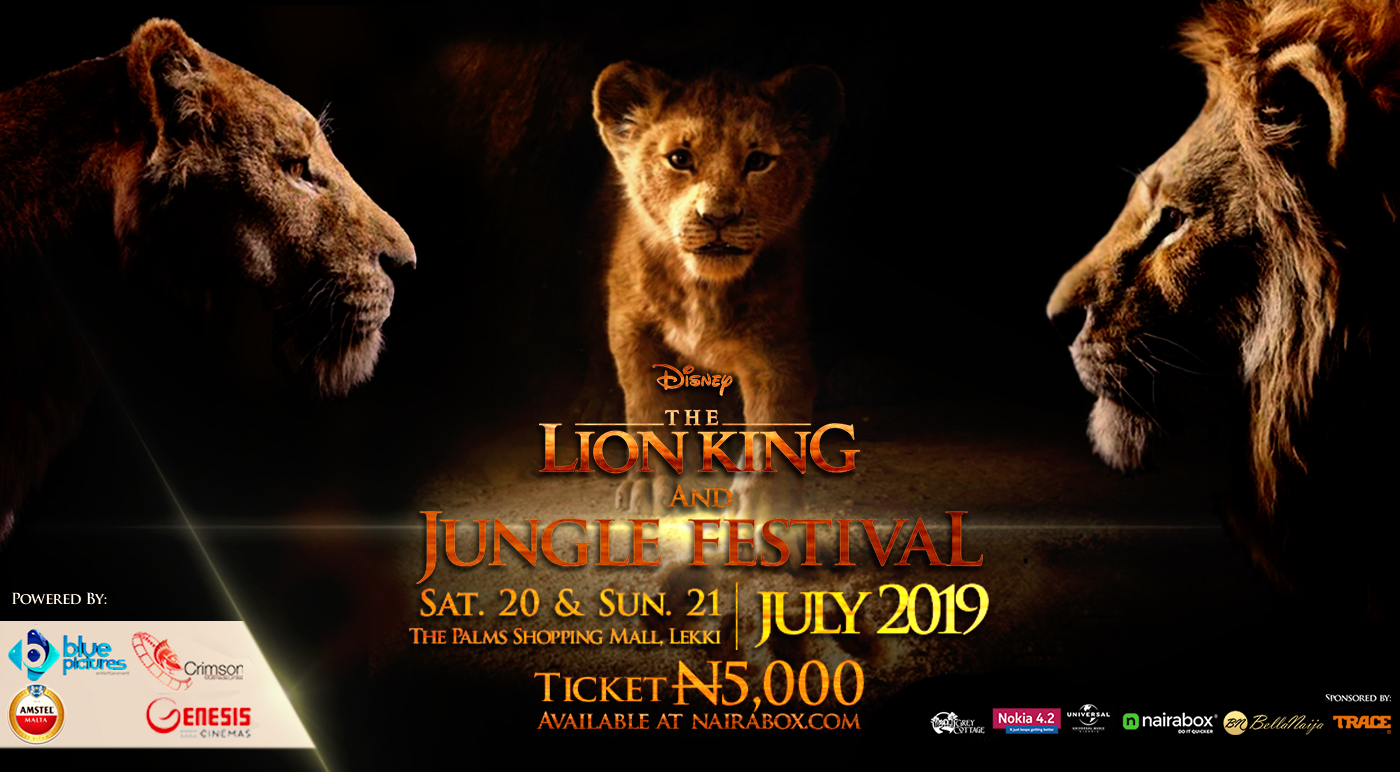 Disney’s live-action adaptation of The Lion King premieres this summer. Directed by Jon Favreau-helmed, the feature film brings treasured characters to the big screen in a completely new way.

To celebrate the film’s release into the market, Blue Pictures and Crimson Multimedia in partnership with Nairabox are hosting Disney’s Lion King and Jungle Festival

This festival has no age restrictions; come experience the nostalgia of this great classic. The mood at the Pride rock has been set, and we urge children to come create new memories while the adults relive a major memory of their childhood. Access to the festival would require a ticket that grants full access to all offerings and side attractions of the festival.

The stage is set for the #TheLionKing and Jungle festival from July 20th – 21st @genesiscinemas -The Palms An amazing event with lots of fun for friends, family and an opportunity to hangout with your favourite celebrities Get exclusive tickets @nairabox Let’s bring it on ?? #TheLionKing #nairabox #Disney

Tickets available on nairabox. Click this link to get a ticket.

The film’s soundtrack, ‘The Lion King: Original Motion Picture Soundtrack’, was released July 11th. The album includes a remake of a classic song, ‘Can You Feel the Love Tonight’, sung by Beyoncé, Donald Glover, Billy Eichner, and Seth Rogen as well as a new single ‘Spirit’ sung by Beyonce.

Get your The Lion King movie tickets on nairabox.com.

The Lion King will be released in Nigeria cinemas on Friday, July 19th. Until then, you can stream the Original Motion Picture Soundtrack here