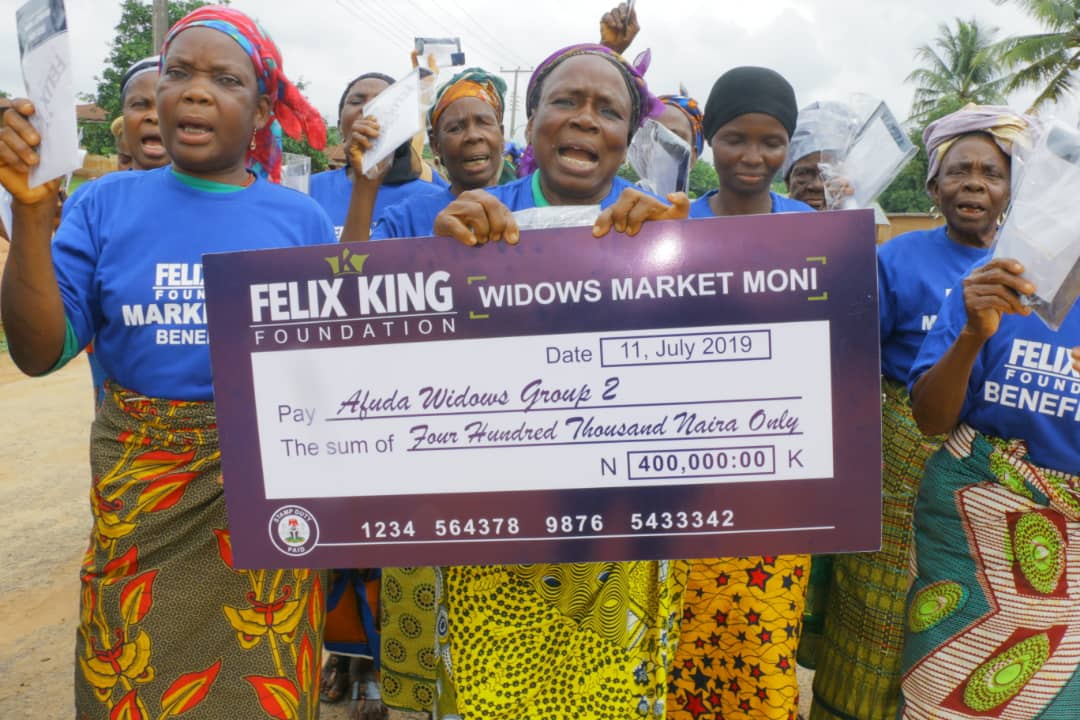 In addition to two hundred widows who benefited from Felix King Foundation’s Widows Market Moni penultimate week ago, the foundation has given the opportunity for more additional widows in Afuda community in Edo state to be part of the Widows Market Moni initiative. It would be recalled that Felix King Foundation launched Widows Market Moni scheme last month in seven communities in Esan Central Local Government Areas, where each group was given a trade support grant of up to N500,000 (1,400 USD). The first communities that benefited from the programme include Udowo group, Ugbokhare group, Afeda group, Ibhiolulu group, Eidenu group, Eguare group, and Ewu group.

Widows Market Moni is an empowerment scheme for rural widows by the Felix King Foundation. The scheme is a grant for rural widows with young kids and elderly widows without children to take care of them. Widows are encouraged to form themselves into groups, just like the traditional village women meeting group. The groups are thereafter upgraded into corporative, same as the market corporative format for sustainability and development.

Speaking after the 20 additional widows were presented with a grant, the founder/president of Felix King Foundation, Dr. Felix King who holds a strong belief in the development and empowerment of girl child and women stated that the need to educate and empower our girls and women can never be more critical than now. He said this should be made priority so that our communities can see and experience a future that is bright. 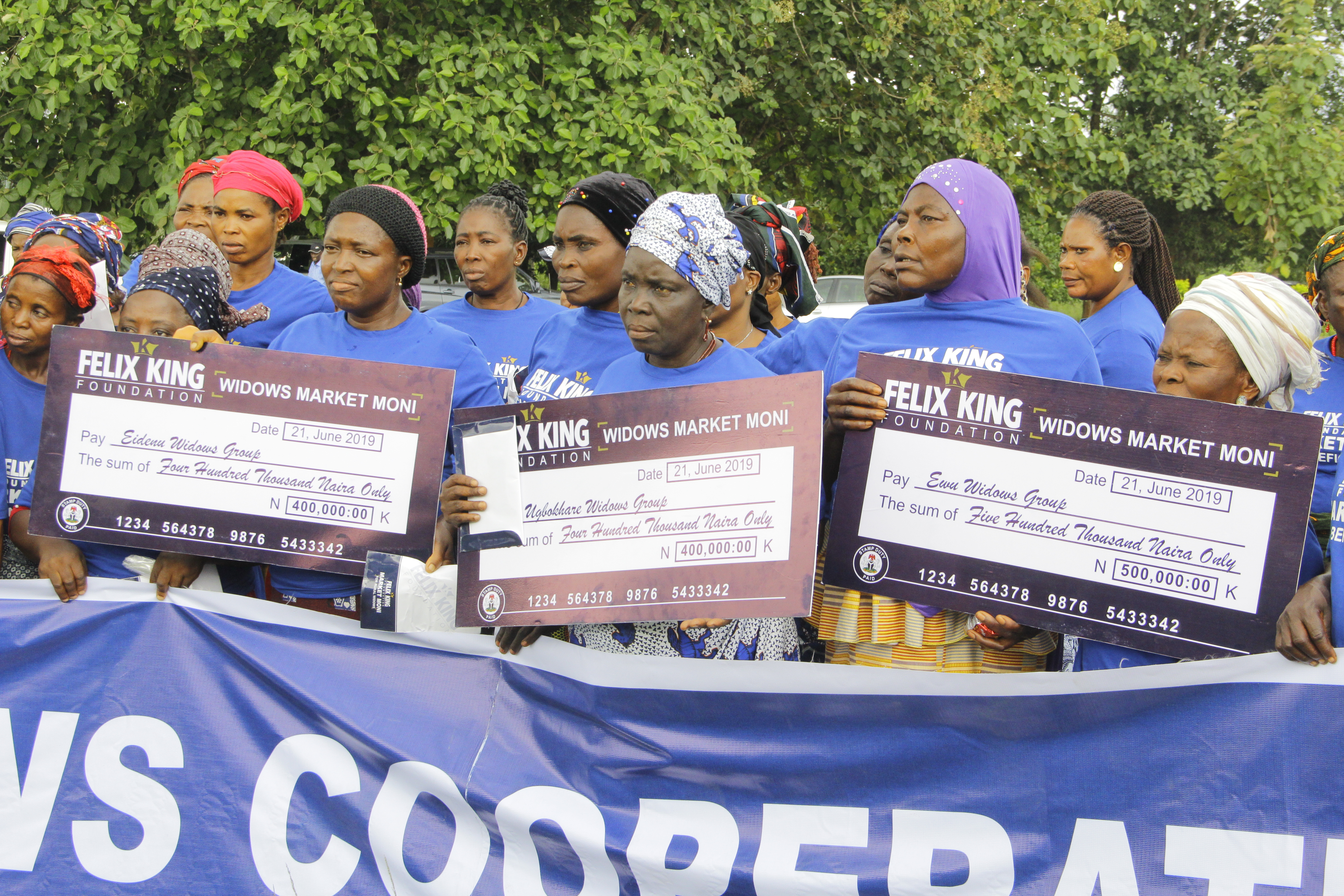 According to him, “The Widows Market Moni is helping our widows send their children to school so that they are able to seize the opportunity the future provides without limitations, adding that

“As a female-centric foundation, we have over the years empowered thousands of widows  through business start-ups and farming support grants, in Lagos, Ogun, Abuja, Kaduna, Ibadan, and Edo.”

He said, “And we are glad to see how many school dropout kids these programmes have been able to put back to school. We are excited to see how many women we are able to give a lift in business, farming, and trade.”

Dr. King revealed that the foundation’s target is to reach out to one thousand (1000) widows in fifty (50) communities before the end of the year.

“Our target before the end of 2019 is to reach 1000 additional widows in 50 communities in Edo State. This is in addition to the Rural Women Cooperative Schemes that would be launched in September 2019 in Edo State as a pilot, which is an all-inclusive scheme for rural women,” Dr. King added.

Felix King who narrated his experiences  to align with what these widows are going through and which form the basis of the foundation is established in the first place said,

“I was born and raised in a rural settlement in Edo state and I have seen firsthand the struggles widows endure to just hope and this is why we started the Felix King Foundation because this I owe to God,” he added.

The Rural Market Moni kicked off 3 years but under the different initiatives such as Wifarm and Weprogress. Weprogress means Widows’ Empowerment Programme but was later changed to Widows Market Moni, which has so far touched more than 300 lives. 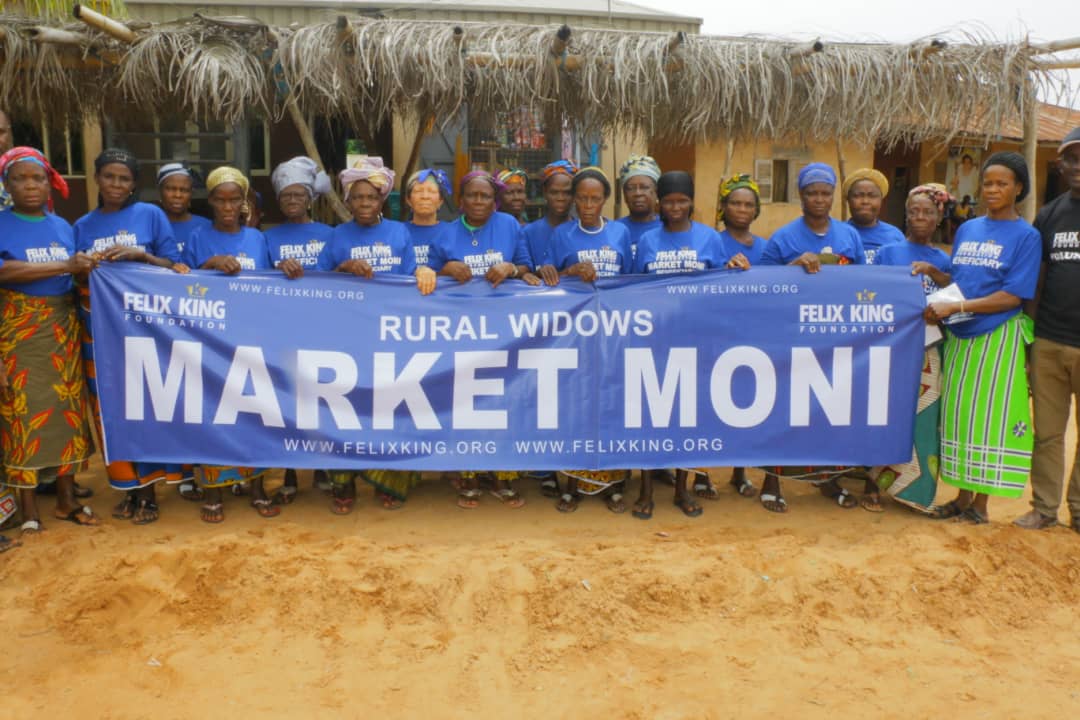 WATCH TY Bello’s Spontaneous Worship Video With Nosa & Folabi Nuel – ‘We Are Wind, We Are Fire’