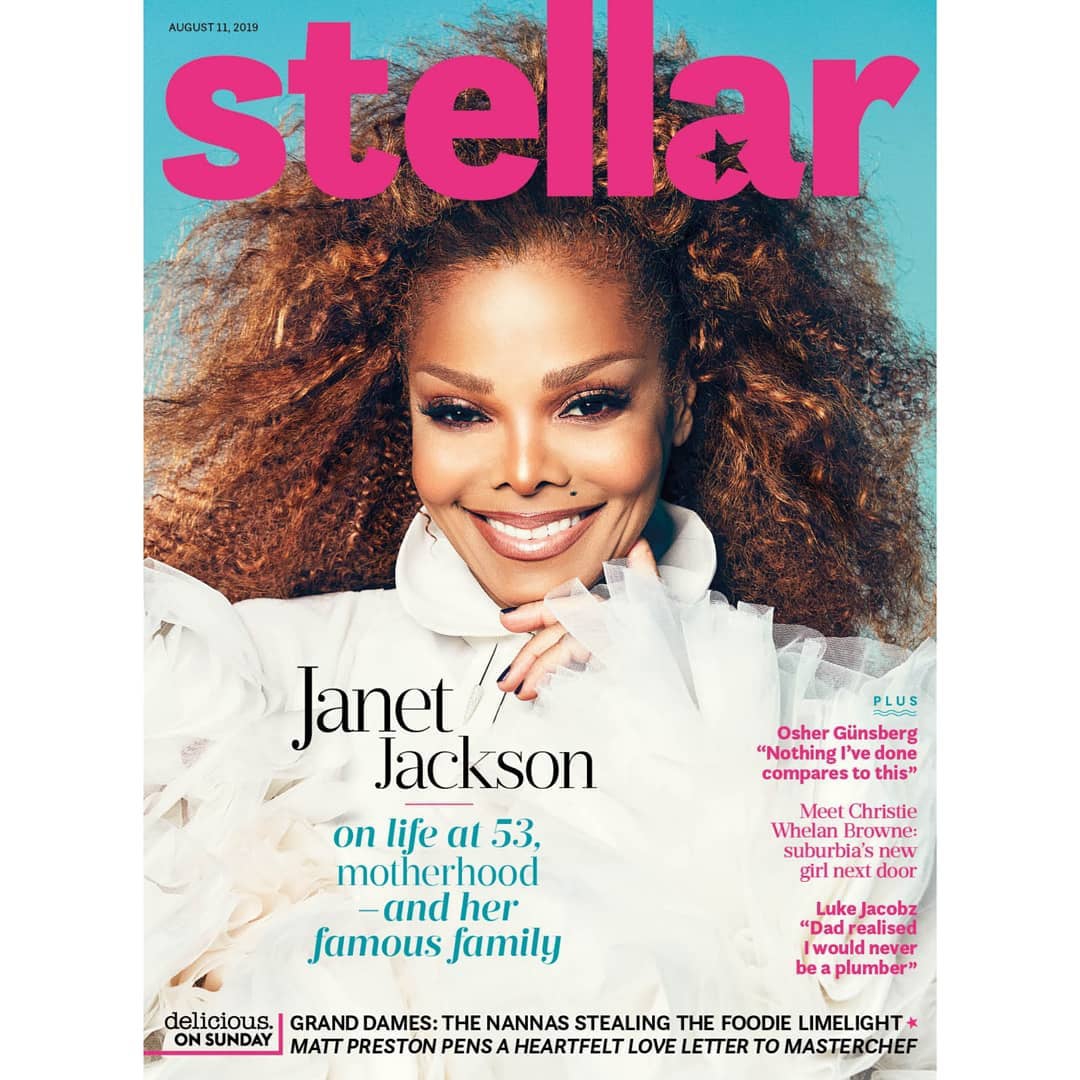 Janet Jackson is all smiles as she graces the cover of Stellar magazine in Australia not long after the exciting news that she will be having a music tour in Australia later in the year.

The 53-year-old songstress opened up on Stellar.com about her life as a mom to 2-year old Eissa.

She said “It is hard being a working mother. I don’t have a nanny. I do it all myself. If my mother did it with nine children, there’s no reason I can’t. Of course, when I’m working someone watches him, but it’s my baby and me. It’s not easy at times, but my life has changed. Obviously my baby comes first.”

Speaking on Eissa’s musical talent she says: “He kept taking his drum stick and running it across his guitar. I thought, ‘Why is he playing it like a cello?’ He went into his room and got a figurine of a violin and brought it to me. Then he grabbed his drumstick and guitar and kept going. So I came home with a toy violin, showed him one time how to hold it and that was it. Then I bought him a real violin and he got so excited. He sleeps with it. He eats breakfast, lunch and dinner with it. I show him little kids playing violin on the iPad, then he was finding them himself, all these child prodigies. He creates melodies.”

Teen Choice Awards 2019: Here are the Full List of Winners