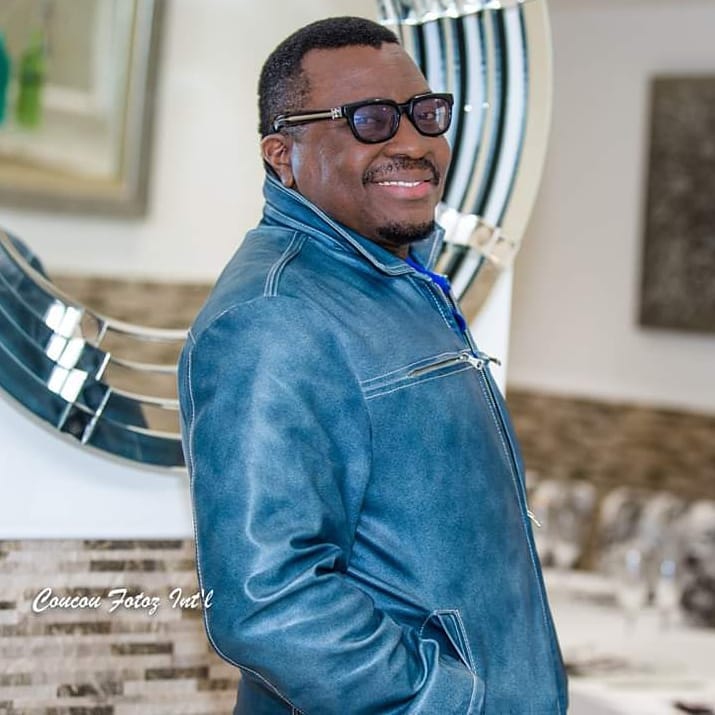 Ali Baba is sharing his thoughts on marriage and why young women of today are way too eligible for the men in their age bracket in an Instagram post.

He pointed out that most women in this generation are taking their lives more seriously and have pursued and achieved goals that have set them in the right path for life. But sadly the same cannot be said for most men who easily become intimidated by the successes of the women in their lives 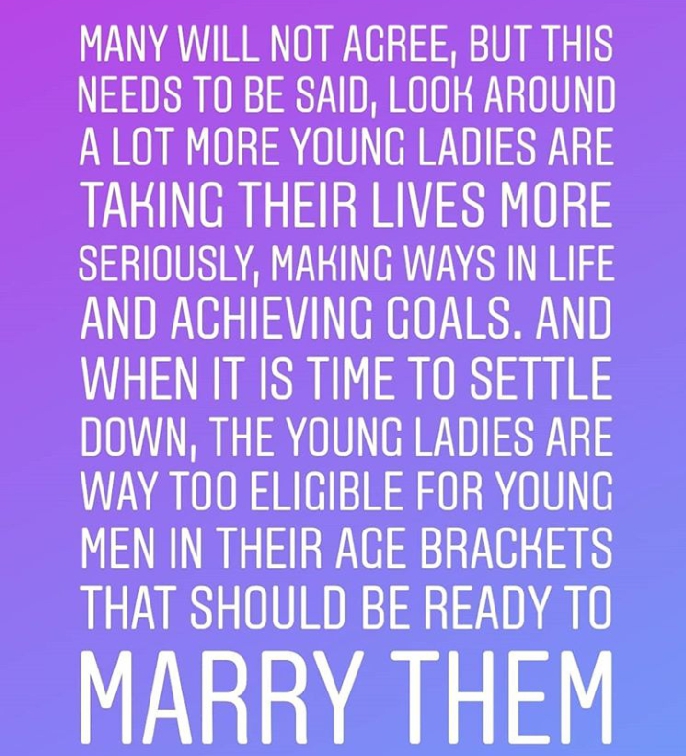 And when the young ladies decide to pocket the achievements and advantages they have, so they can submit to a man in that their age bracket, many of these men have been sooo beaten by the tides of life, that they are too busy fighting the wife they should work with.

Any attempt by the wife to suggest to him to get up and do something to succeed, is treated as disrespect, nagging, pressure and sometimes stress.

One guy was so broken by the frustration of not having made it since he graduated in 2010, and still without a job, that he wanted his Assistant Manager fiance, to move to his father’s house in Magodo, from the Oniru 2 bedroom, she presently occupied.

Why don’t you move in with her and make your great moves from there? “Never. I can’t marry and move into my wife’s house.” That is from a 32 year old guy, who still lives in his parents house.

Don’t get me wrong ooo. The economy is messed up. Our politicians have not done much to drag us out of the down turn. After elections, they start working toward the next election.

The problem has left many young men, not ready to be married. They are not prepared or do not have what it takes to be a man that can take a woman as wife. And not just as wife, to even be able to provide as the head of the house.

So the few men who are loaded and ready, are few and in very high demand. Many ladies can hurt any other lady who tries to take any rare find, of such a man. Especially if he has a house, good job, good car, looks good, dresses well and has very few defects.

So what’s the issue? The issue now, is that, even when these kind of young men, meet young ladies, who (by any reason) had a headstart, the young men are too faaaaaar behind, ill equipped and unprepared in the sourcing for opportunities and management of the relationship.

Look around. Don’t say I told you. Everywhere. There are many, who don’t know what to do, how to do it, where to do it, when to do it… Even with a Masters Degree in Bus Admin, LL.M, BA.Arch, Bsc Statistics. Everywhere.
THIS IS THE REASON FOR “Still single”

Kim Kardashian Opens Up about Her Struggle with Psoriasis