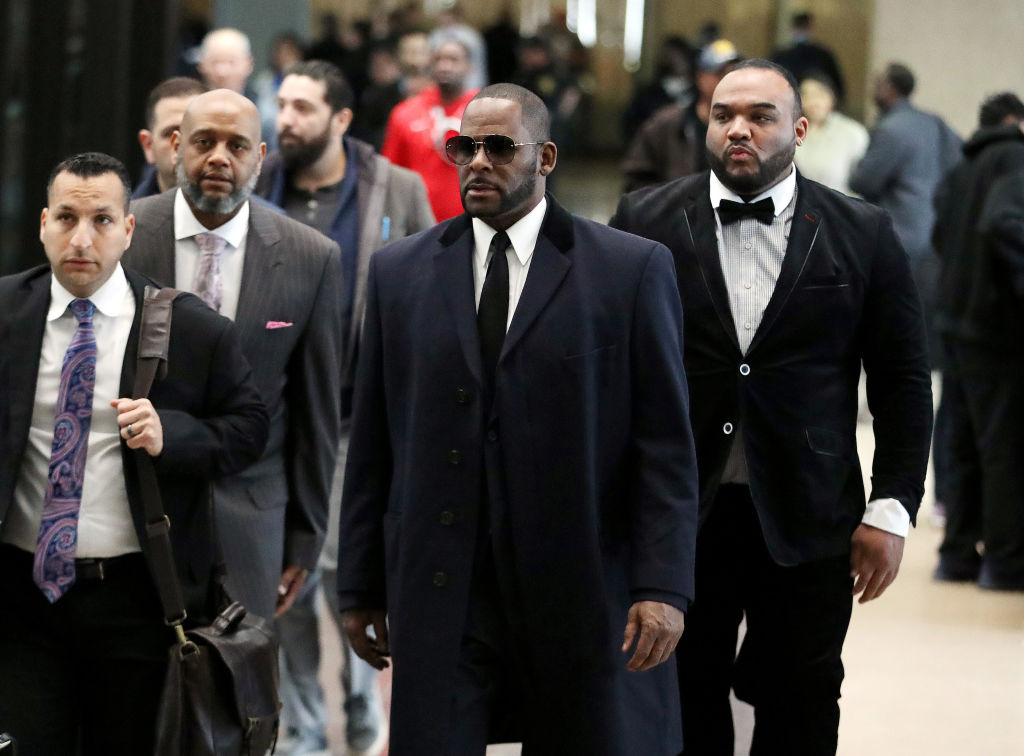 CHICAGO, ILLINOIS – MAY 07: Singer R. Kelly arrives at the Leighton Courthouse for his status hearing in relation to the sex abuse allegations made against him on May 07, 2019 in Chicago, Illinois.

Valencia Love, 47-year old woman who paid R. Kelly‘s $100k bail for his 10 counts of sexual abuse charge has said she wants her money back.

In February, the R&B singer was charged in Cook County with 10 counts of serious criminal sexual abuse which allegedly involved four victims, at least three of them minors, from 1998 to 2010.

The singer had spent three nights in the Cook County Jail after being arrested in February. The bail bought his freedom for awhile. He later was arrested on federal charges.

Following his arrest, Valencia is now looking to get her money back in light of the singer’s indictment.

According to Chicago Suntimes, Valentine filed a motion because she wants the money back. Her attorney appeared in court at a status hearing in R. Kelly’s state criminal case. He told the judge his client had no knowledge of federal investigations in New York or Illinois when she posted bond and that R. Kelly is a man of “vast resources”.

Valencia had met the singer on a boat cruise, according to a friend of R. Kelly.

Jidenna talks Growing up in a Nigerian Household, Inclusion & “85 to Africa” on OkayAfrica | Watch