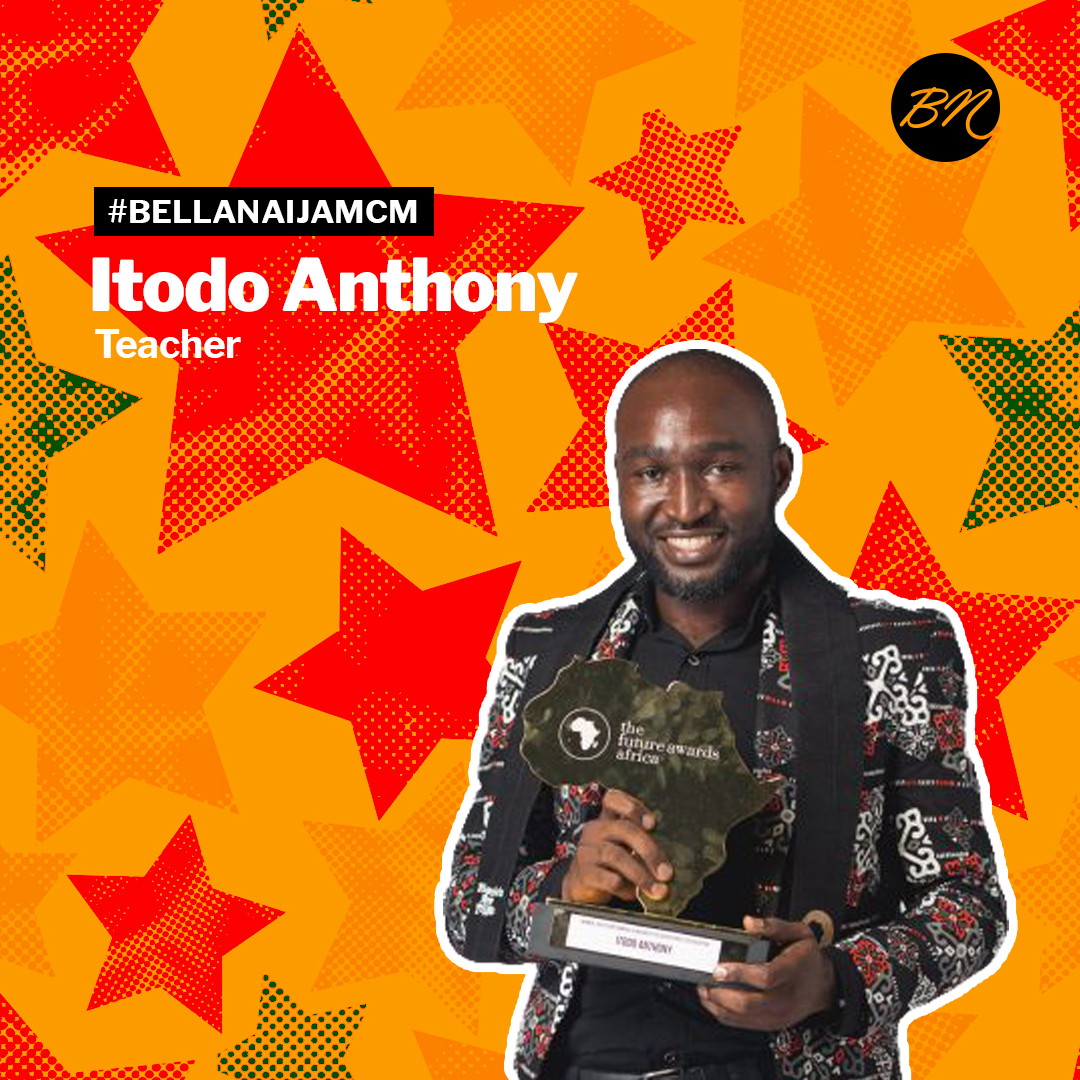 #BellaNaijaMCM this week Itodo Anthony is on a mission to change the education sector in Nigeria, one school at a time.

Itodo is a Petroleum Technology Development Fund (PTDF), scholar, who studied Petroleum Engineering for his first degree at the University of Port Harcourt and went on as a PTDF scholar to study Reservoir Evaluation and management for his Master’s at the Heriot-Watt University, Edinburgh Campus.

“Teaching was always part of the plan,” he told ICIR Nigeria in 2018, adding that he knew he “was always going to end up in the secondary school classroom at some point.”

He was teaching in a school in Port Harcourt but resigned after three months because, according to him, the school’s policy didn’t encourage students to study or inculcate good morals. He said the school primarily prepared them for examination malpractice in their final exams.

His dad then asked him to come back home to Makurdi, Benue state capital to teach at his school, but Itodo felt they didn’t need him that much, so he decided to go to the village school (which his dad set up) where they really needed teachers.

Itodo joined the school – Gateway Excel College, Otukpa – in 2014 and took it upon himself to revamp the school curriculum, as well as impact lives of students.

Under his leadership, some students of the school won the Mandela Washington Fellowship Alumni Association’s Beyond School Community Challenge business idea pitching competition in 2017 and 2018.

Itodo organised members of the school’s alumni network, as well as community members, to fund a library, the first in the community, as well as some teachers dedicated to training out-of-school children.

Itodo is the founder of New Frontiers Youth Forum, a non-profit community-based leadership organization for young people between 13 and 35 years, with the aim of raising an army of young leaders who will act as positive change agents within the community. The organisation focuses on youths in Otukpa, Benue State of Nigeria.

All of New Frontiers Youth Forum’s project are centred around the community, from a community library, to setting up of a fund for health intervention, operating a skills acquisition centre, and also granting scholarships to kids.

Itodo was a Top 50 Finalist for the 2018 Global Teacher Prize. In the same year, Itodo won The Future Awards Africa (TFAA) Prize for Education.

We celebrate Itodo for starting from his community, changing the world, one youth at a time.

BN Book of the Month: An Orchestra of Minorities by Chigozie Obioma

Reuben Abati: Gowon at 85 and Fani-Kayode