Kanayo O. Kanayo Becoming a Lawyer is all the Motivation you Need to Chase Your Dreams 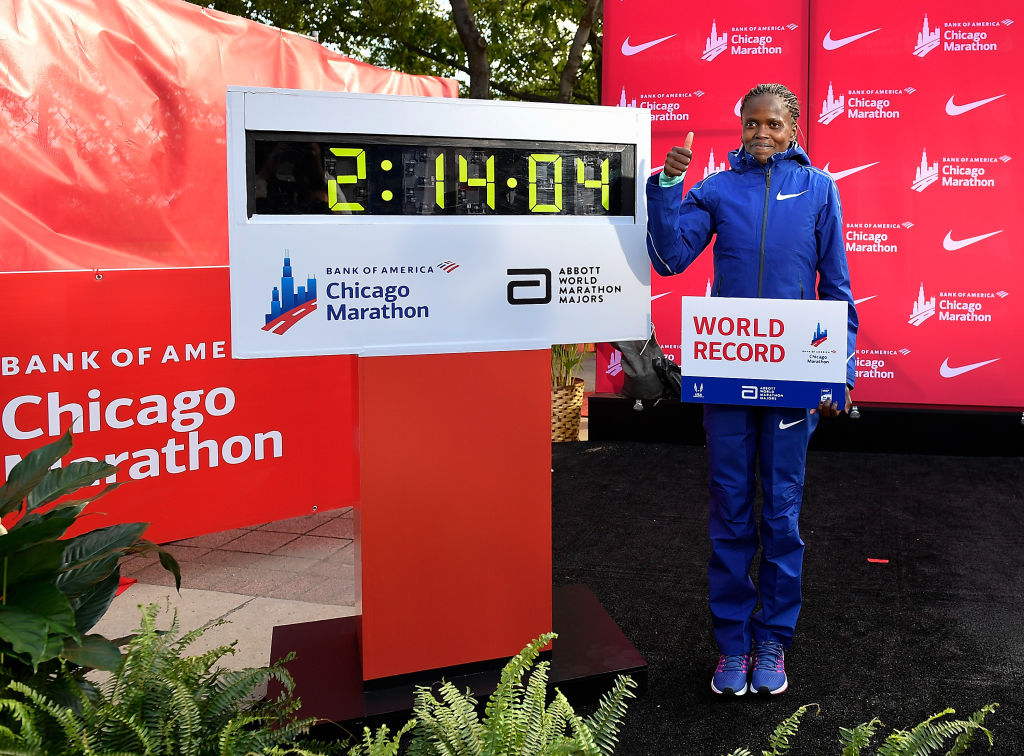 CHICAGO, ILLINOIS – OCTOBER 13: Brigid Kosgei of Kenya poses for a photo after breaking the world record to win the 2019 Bank of America Chicago Marathon on October 13, 2019 in Chicago, Illinois.

Kosgei finished a staggering six-and-a-half minutes ahead of Ababel Yeshaneh of Ethiopia who clocked 2.20.51, and third placed Gelete Burka, also of Ethiopia in 2.20.55.

The Kenyan, who won last year in 2:18:35, admitted: “I am feeling good and happy because I was not expecting to run like this.”

Radcliffe’s 2003 time was the longest-standing marathon world record by either men or women in the post-war era.

The former world champion was at the finish line in Chicago to witness Kosgei’s remarkable performance and was among the first to congratulate her.

“When I saw how fast Brigid was running in the first half I knew it was going to be broken,” said Radcliffe.