American singer, Ciara and her 2-year-old daughter, Sienna wore matching outfits in a new Instagram photo, and it was nothing short of adorable.

The hitmaker shared multiple photos of herself with her daughter in an ensemble which consisted of black-and-white varsity jackets that had the first letter of their name embroidered on them. They wore black leather skirts which had a love heart printed on them and paired them with white T-shirts underneath. Sienna was wearing tights while Ciara had her legs on full display. They both sported black lace-up boots and held hands in all three shots.

For her caption, Ciara mentioned that they are twinning, adding the hashtag “DaddysGirls.” 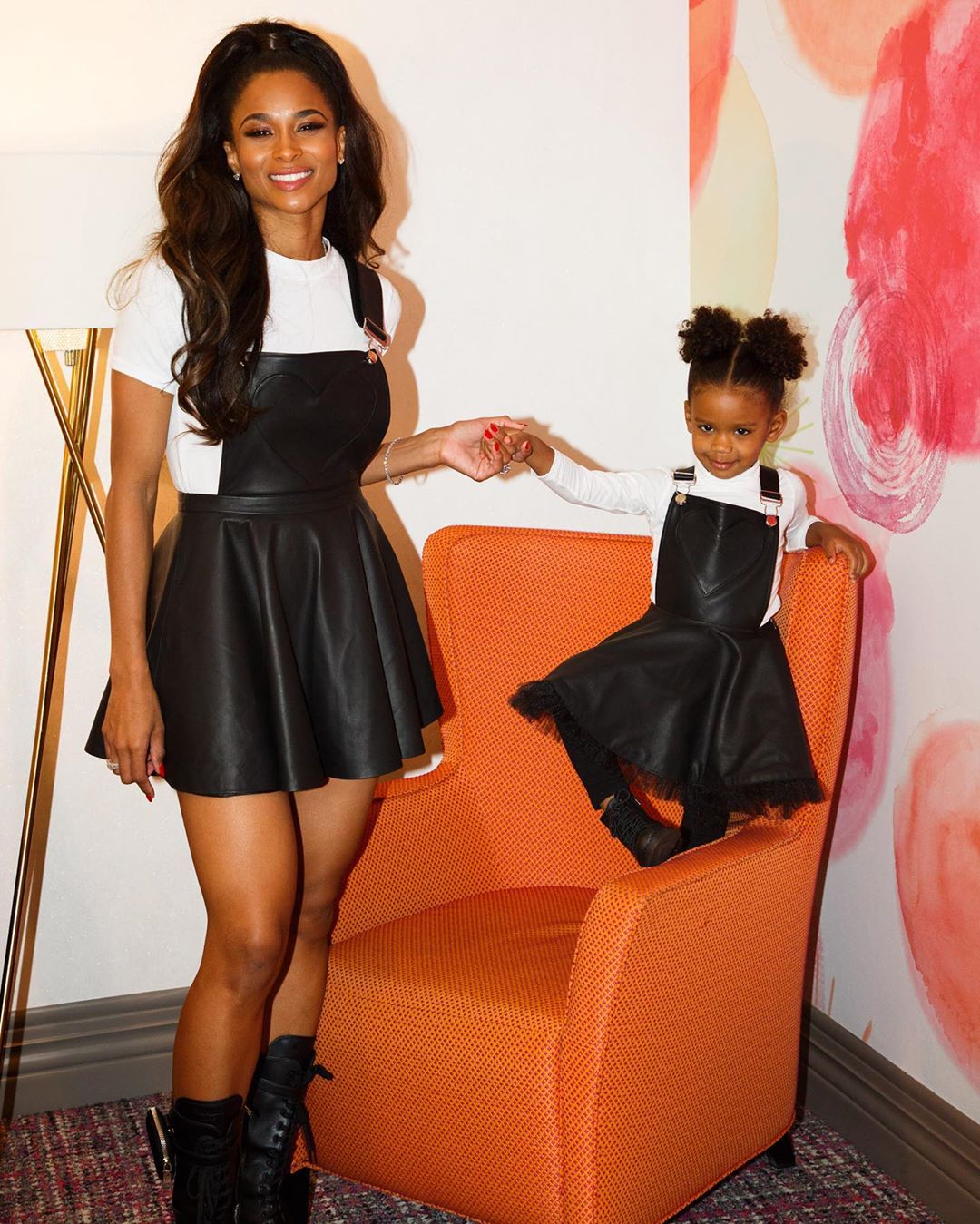 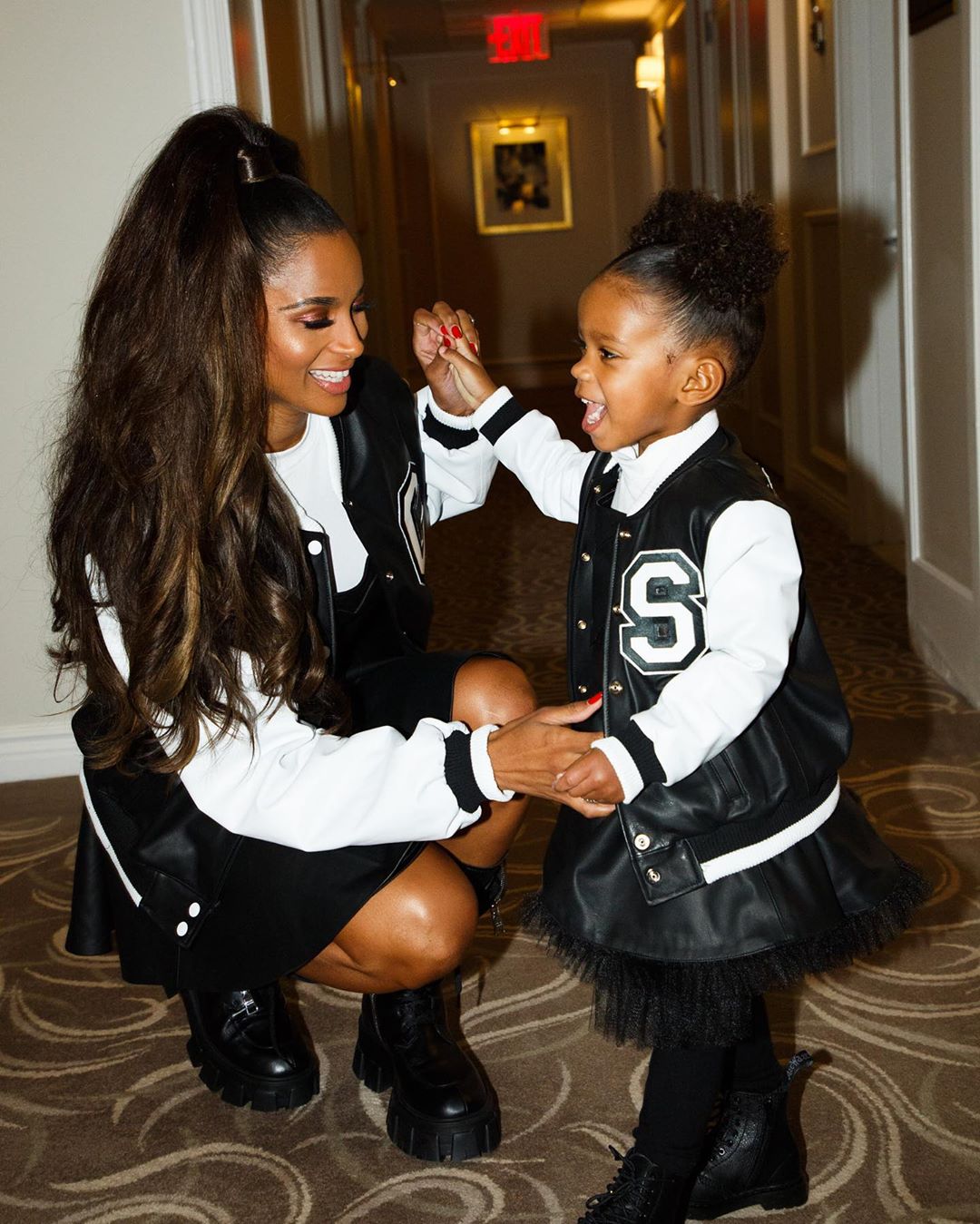 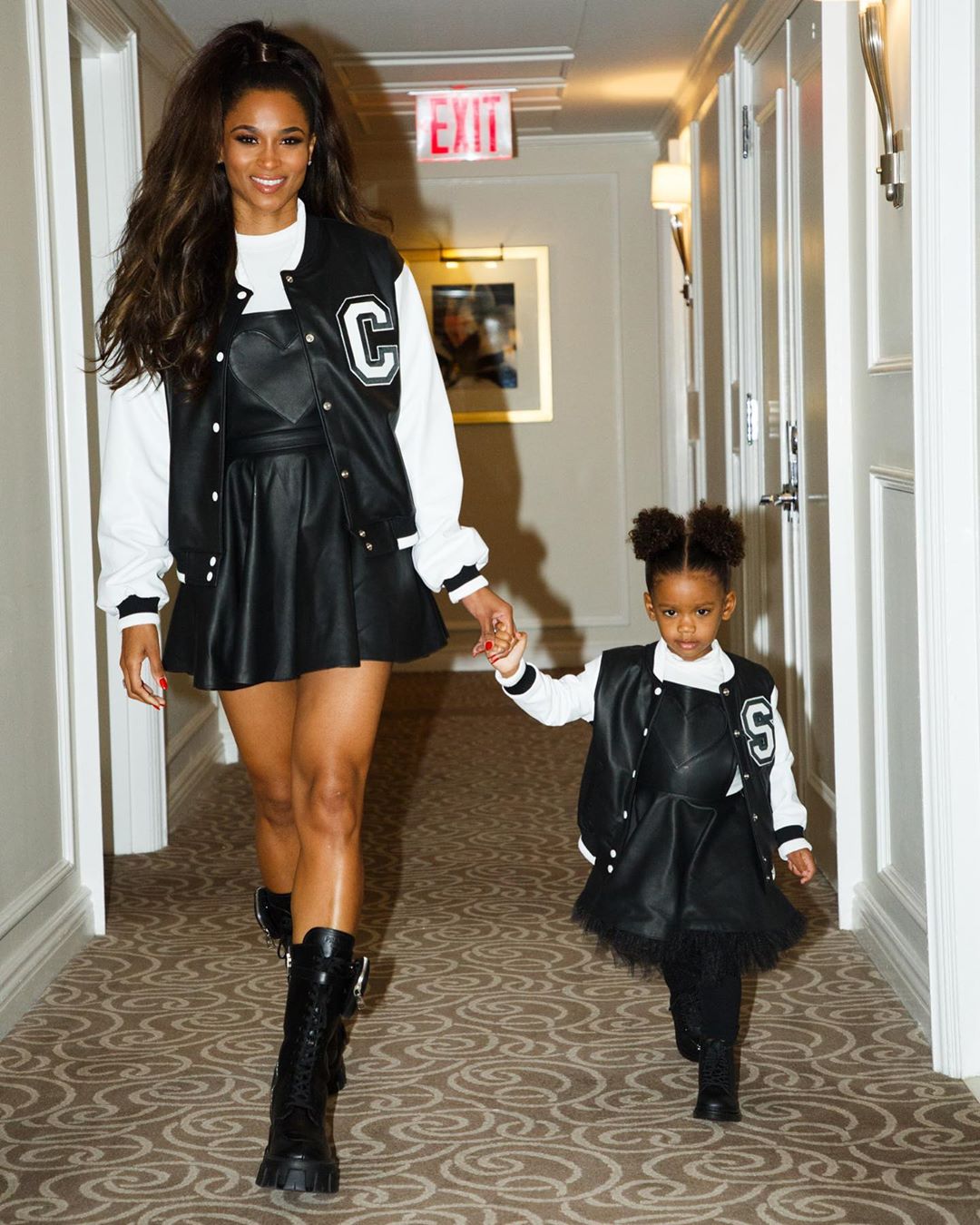