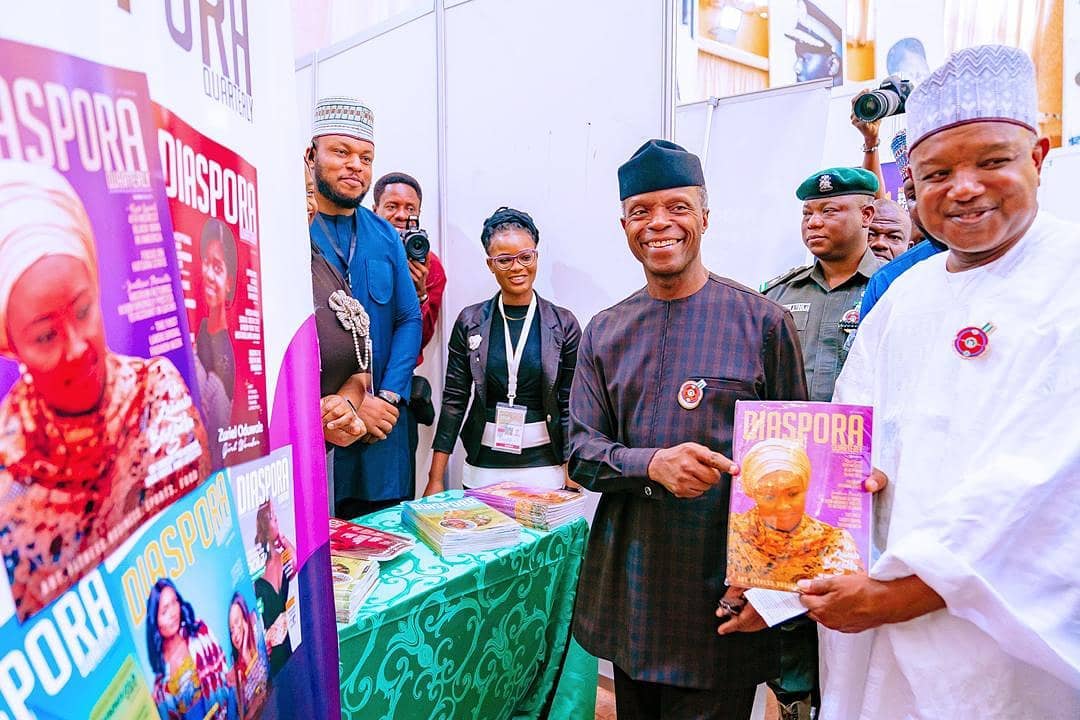 Picture yourself as a photojournalist. You’re taking photos of the Vice President Yemi Osinbajo at a state-sponsored event when, for no reason at all, his aides begin to beat you up.

That’s exactly what Vanguard’s Abayomi Adeshida said happened to him on Thursday at a summit organised by the Nigerians in Diaspora Commission (NIDCOM), The Cable reports.

Osinbajo had been at an exhibition stand, and was about to be presented with a souvenir, when the incident was said to have occurred. Adeshida said:

I was shocked when these DSS operatives started beating me for no reason. They tore off my Presidential Villa accreditation tag on the shirt and dragged me on the floor while hitting me and kicking me.

I believe they would have done much worse if not for the intervention of the Vice-President’s aide-de-camp (ADC), who I noticed was making hand movements for them to leave me alone.

I am feeling pains all over my body and a particular sever pain on my right leg on which I don’t even know what they hit me with.

Dangote to Give the Abuja Stadium a Facelift, Minister of Sports Shares