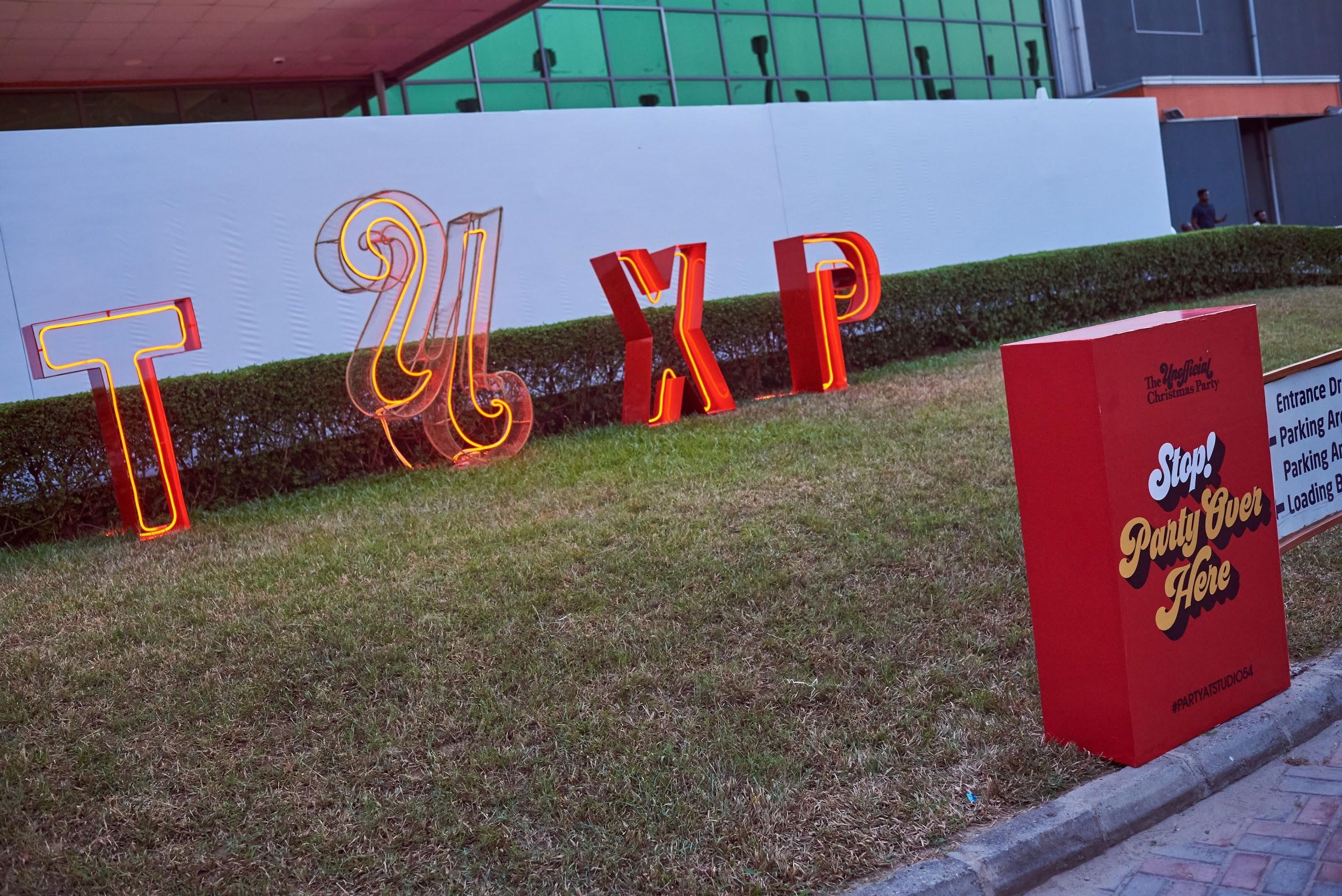 On December 14th, 2018, clad in their best Studio 54 inspired fashions, Lagos’ most influential companies, entrepreneurs, celebrities and influencers flocked to Landmark Center for an event that has become a highlight of the corporate social calendar, “The Unofficial Christmas Party”. 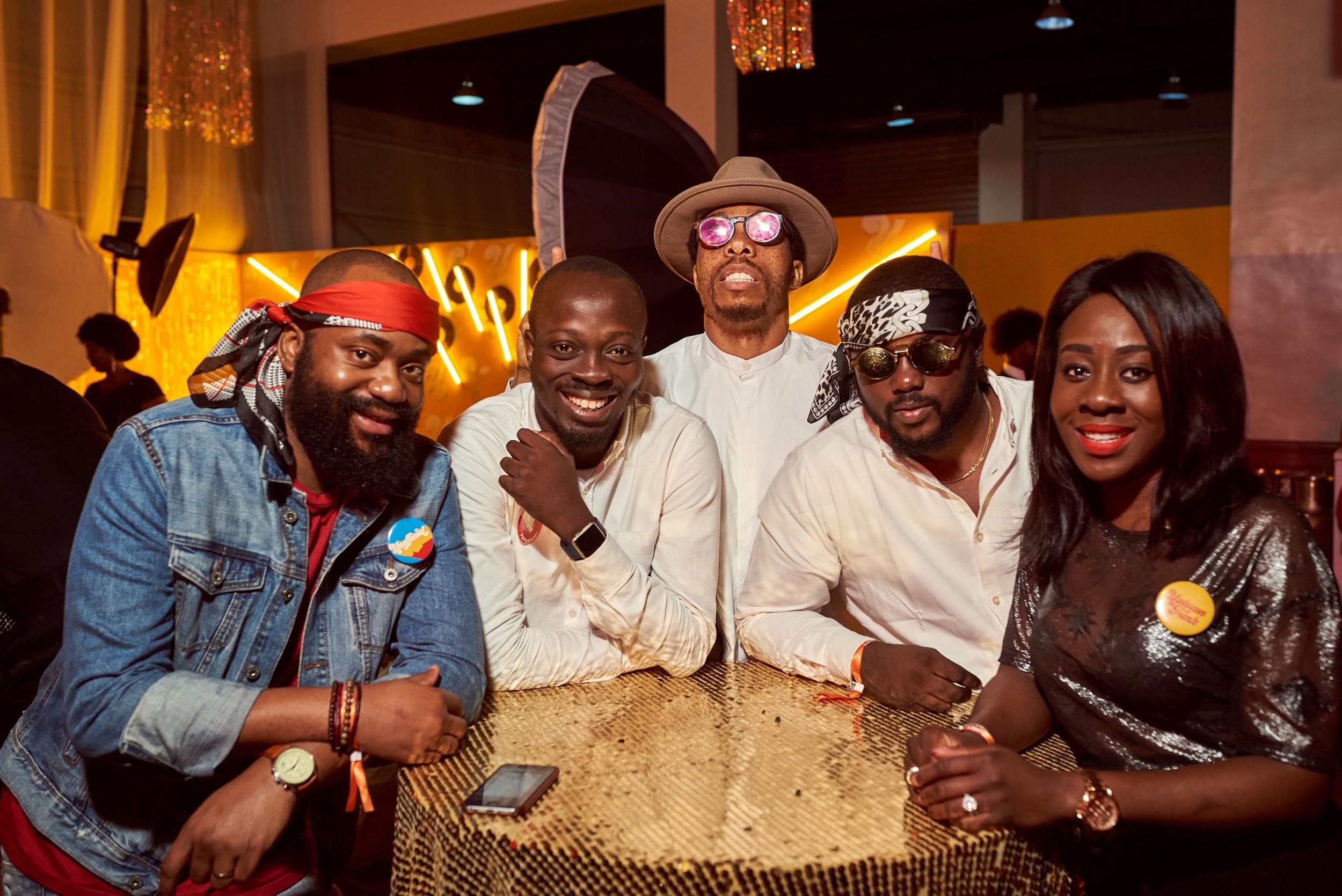 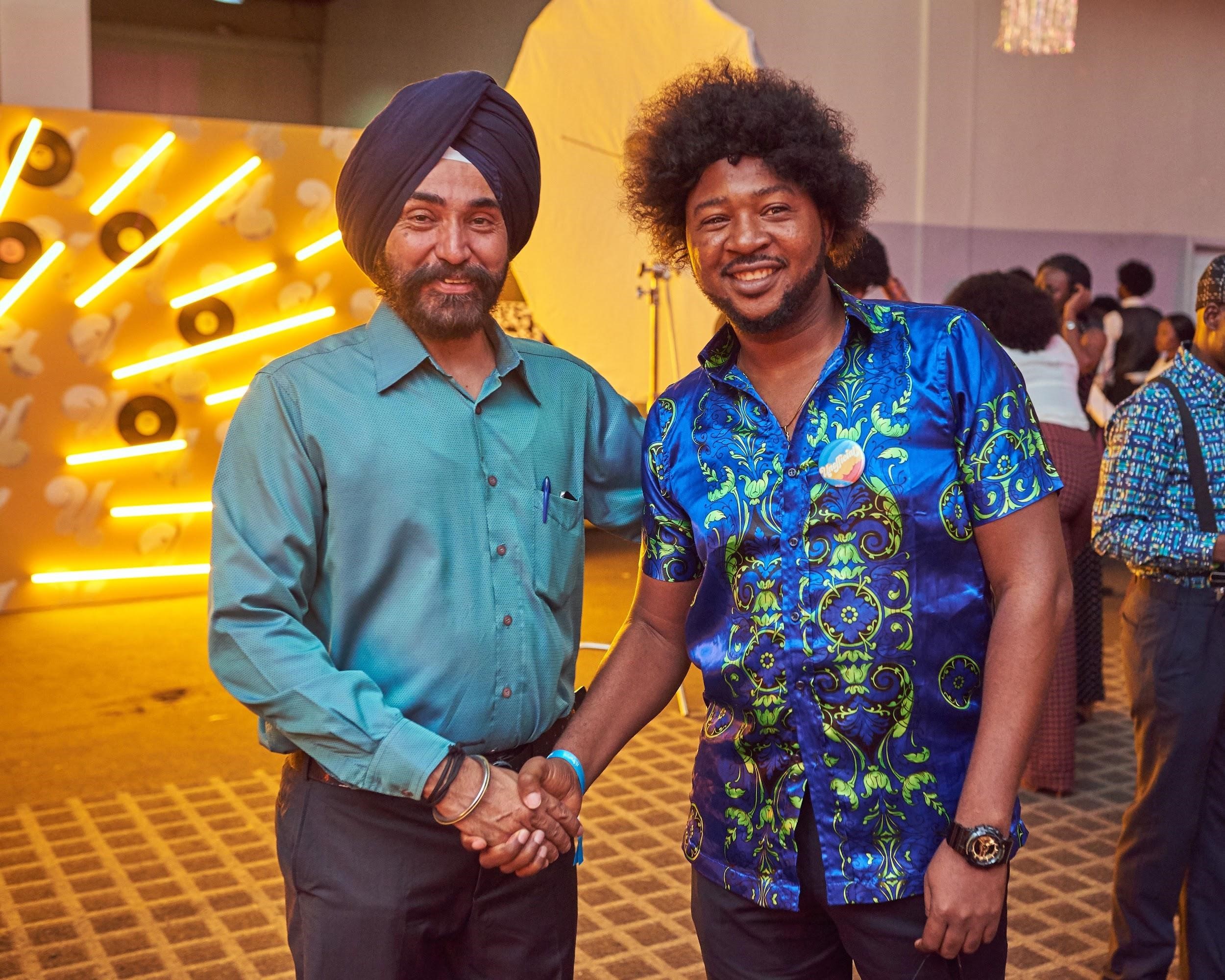 Created by Funmi Victor-Okigbo, the brain behind Nigeria’s leading event planning brand, No Surprises Events, The Unofficial Christmas party is an annual multi-corporate end of year party initiative that brings together leading organizations, teams, and entrepreneurs under one roof to celebrate the year’s accomplishments. 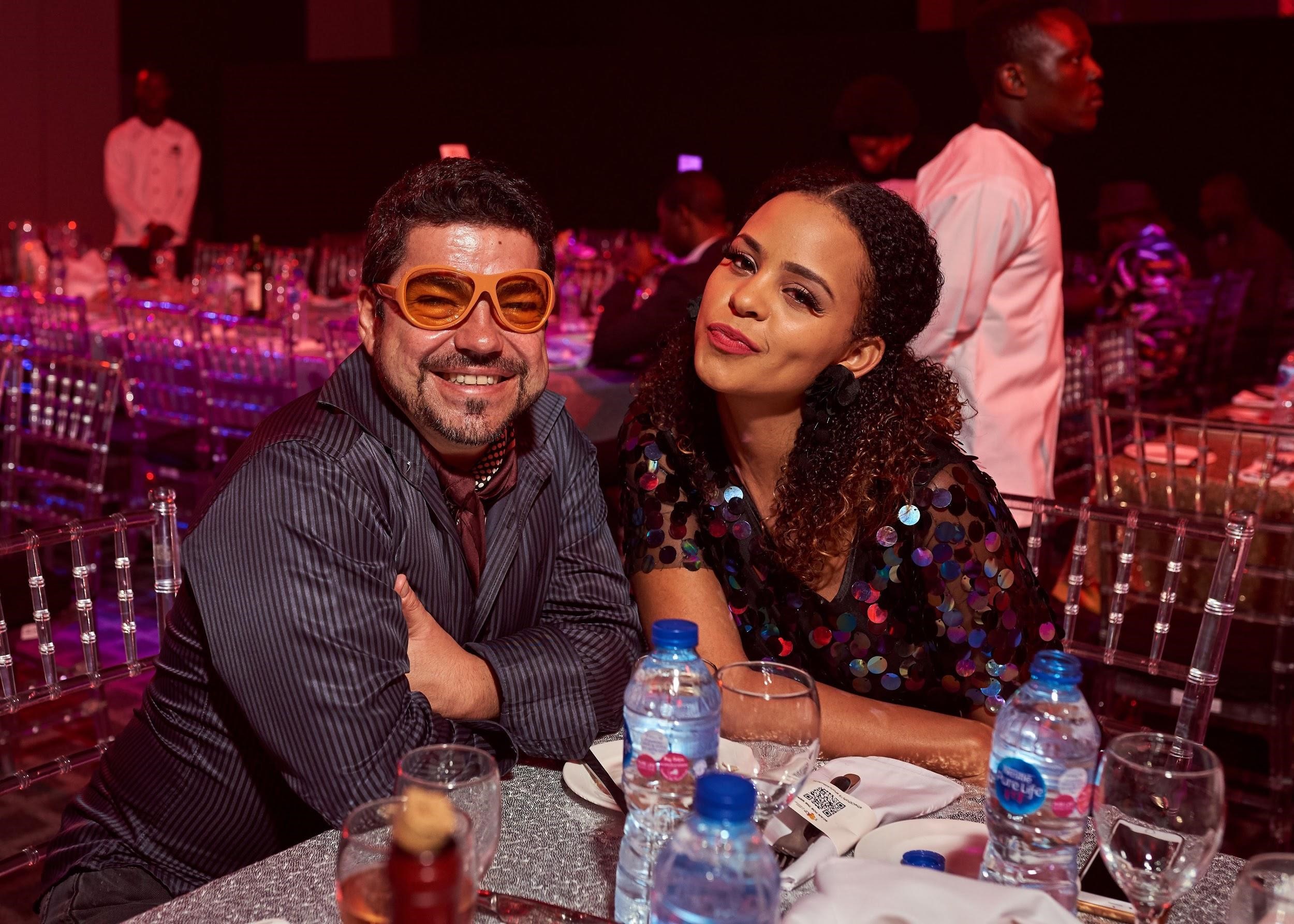 The event was made possible by generous sponsors and partners such as; Business Day, Lancôme, Peak Nigeria, Taxify, EbonyLife TV, BookedbyUs, Nestle, Johnnie Walker, Guinness, amongst a few others. 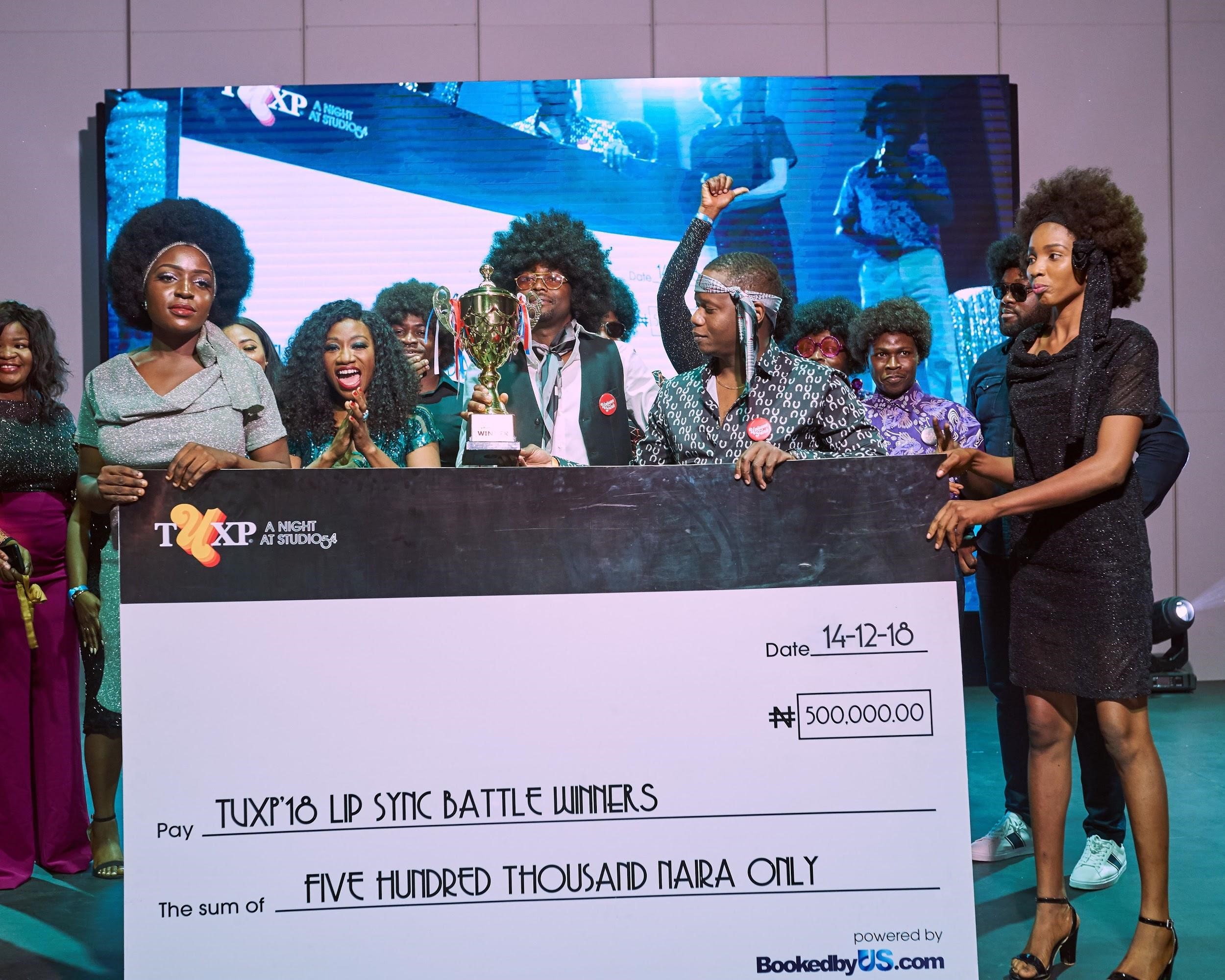 The UX Party was divided into two sections, a dining area where guests were treated to a three-course meal by top Nigerian Caterers, Kots Catering and Salt Lagos. The dinner was packed full of fun and laughter, thanks to the MC; Ik Osakioduwa. Other entertainment during the dinner included electrifying performances from Kaffy’s Dance troupe, CEOs’ Competition, Raffle Draw and of course; what everyone’s been buzzing about, the celebrity lip sync battle sponsored by BookedByUS.

Five teams made up of celebrities and employees from organizations battled for a cash prize of 500,000. Three of the team was led by a celebrity on behalf of the organization. Noble Igwe, Akah Nnani, Ade Laoye, Lost in Lagos and Smooth 98.1FM battled fiercely for the cash prize of 500,000. With almost the whole event hall in agreement, team Ade Laoye representing Caracal Oil and Gas won with their energetic and powerful lip-sync performance of Tina Turner ‘s 1971 hit Rolling on the river (Proud Mary). After the dinner and awards ceremony, guests were whisked to a meticulously decorated disco room with silver fringe dangling from the ceiling, 70’s inspired crystal shimmering disco balls and couches themed after 70’s movie icons and music filled the room with a live band session by Alternate Sounds and a captivating dance-worthy 70’s inspired DJ set curated by Buki Sawyer Izeogu

The UX Party is not just a party but a way for like-minded professionals to meet, mingle and network in an informal, fun yet opulently creative setting and this year’s UX Party is the perfect way to usher in the new year and we can’t wait to see how the organizers of this unique event up the ante this year.

The theme for this year is ‘Future Perfect’ in line with our vision of taking our guests into the future this time and the dress code is ‘SHINE; Liquid-metallic, Avant-Garde, and Glam!

Watch the announcement video below 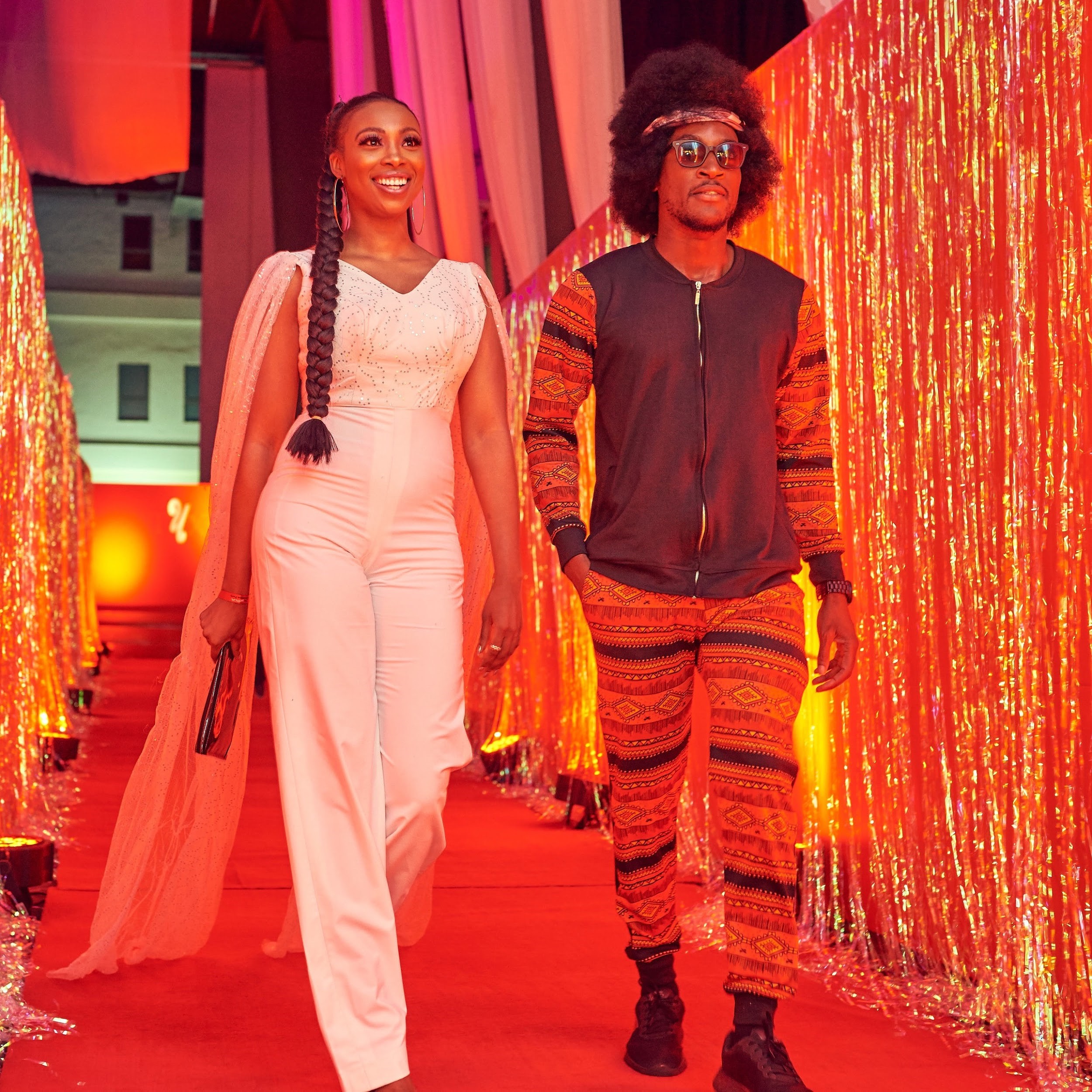 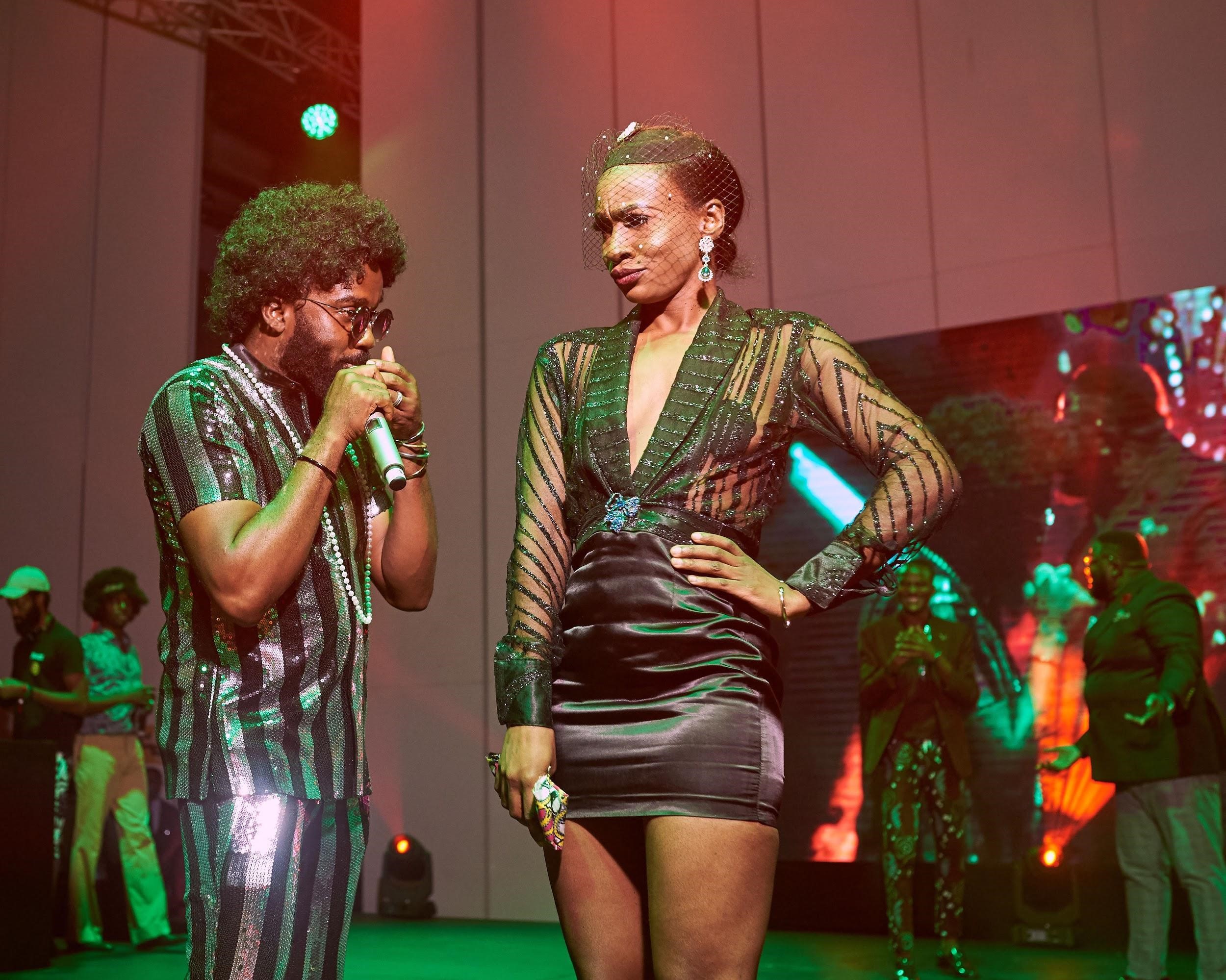 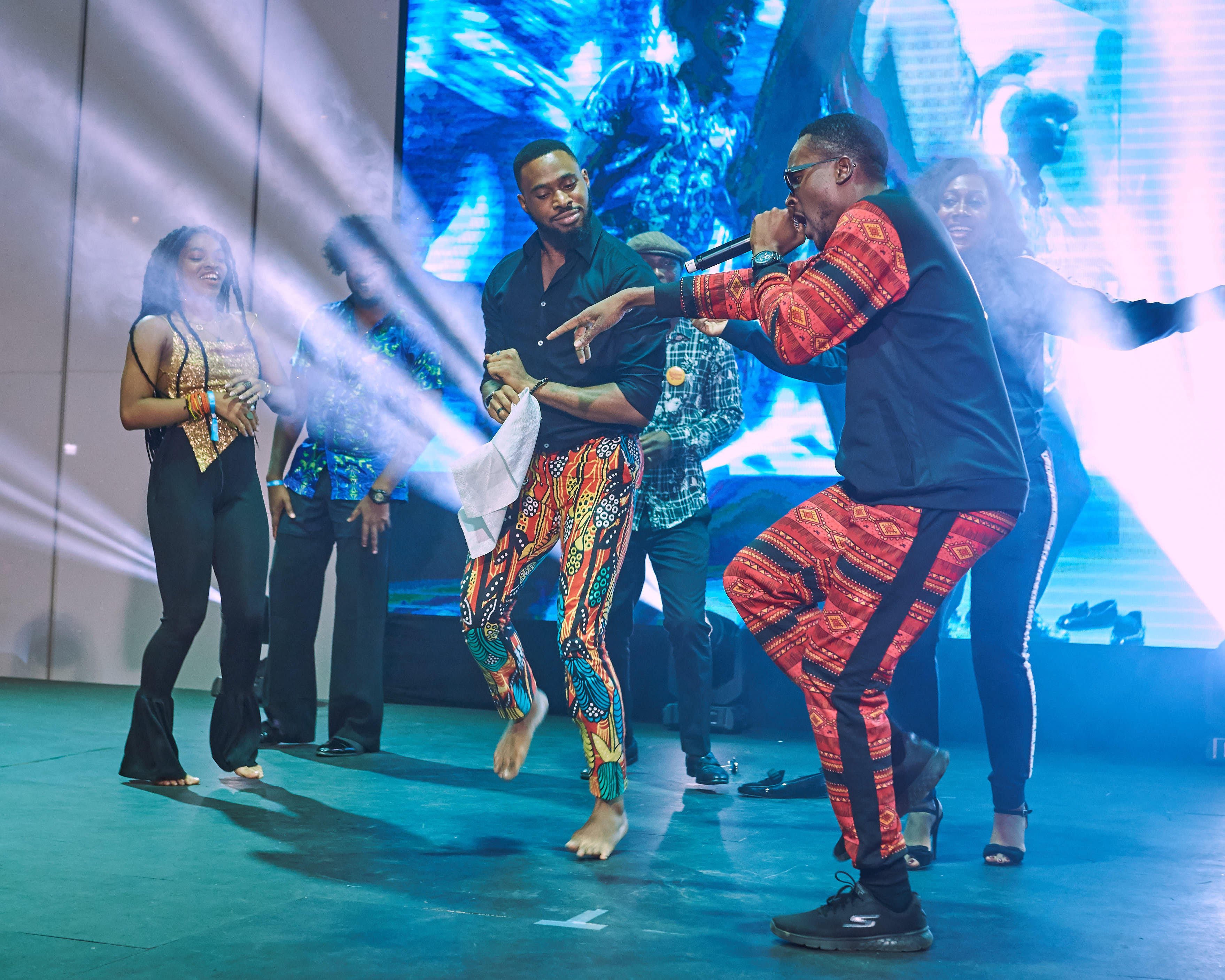 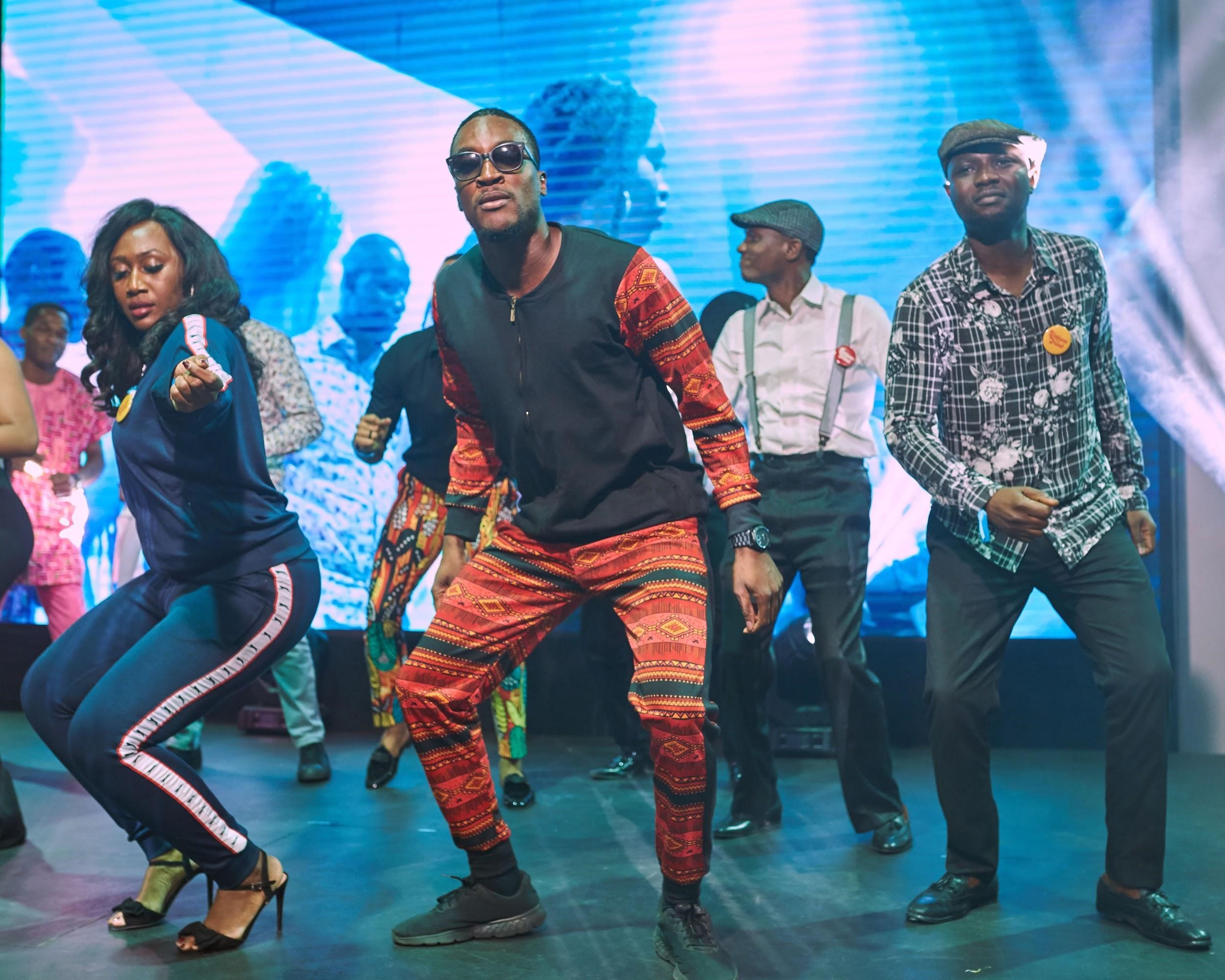 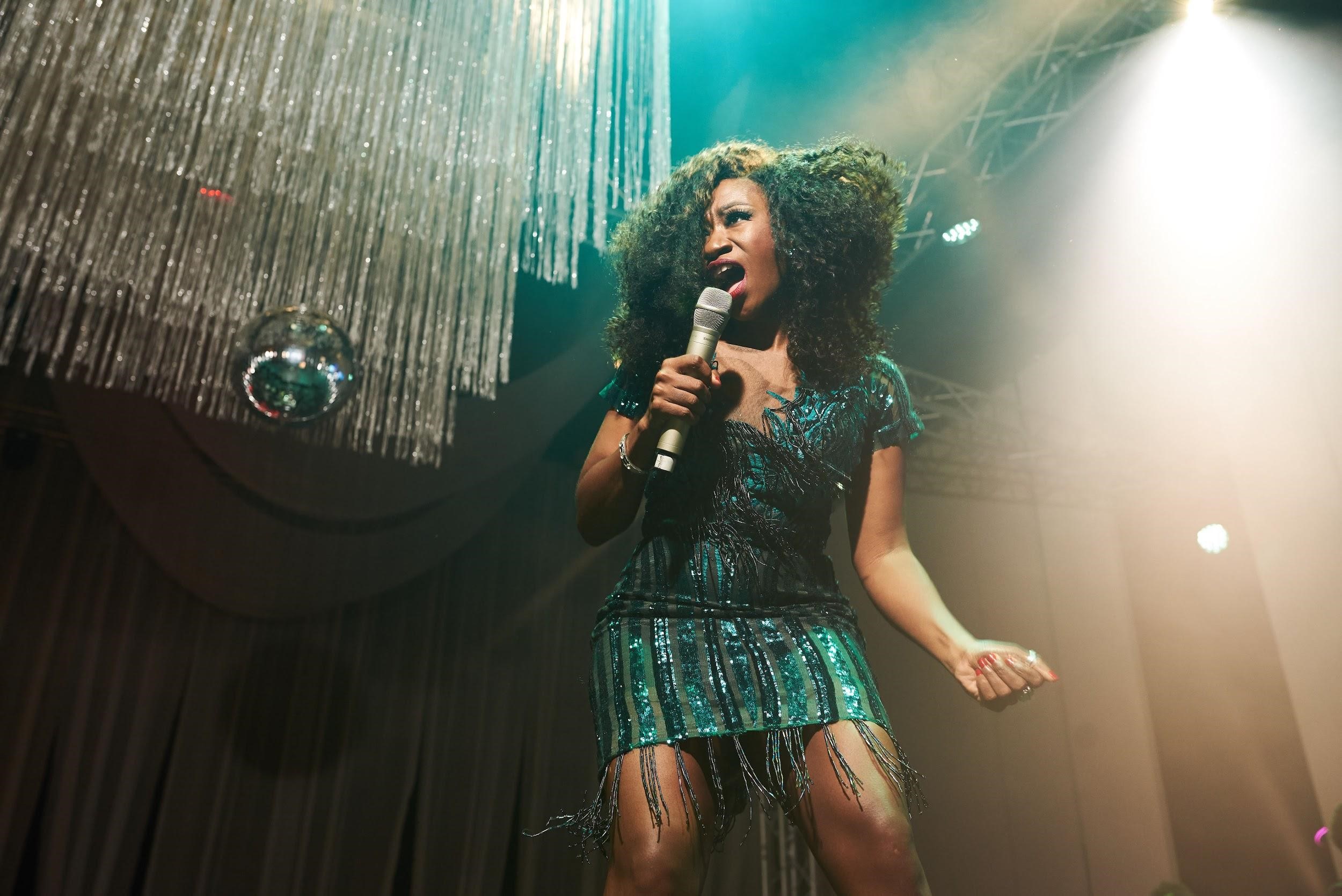 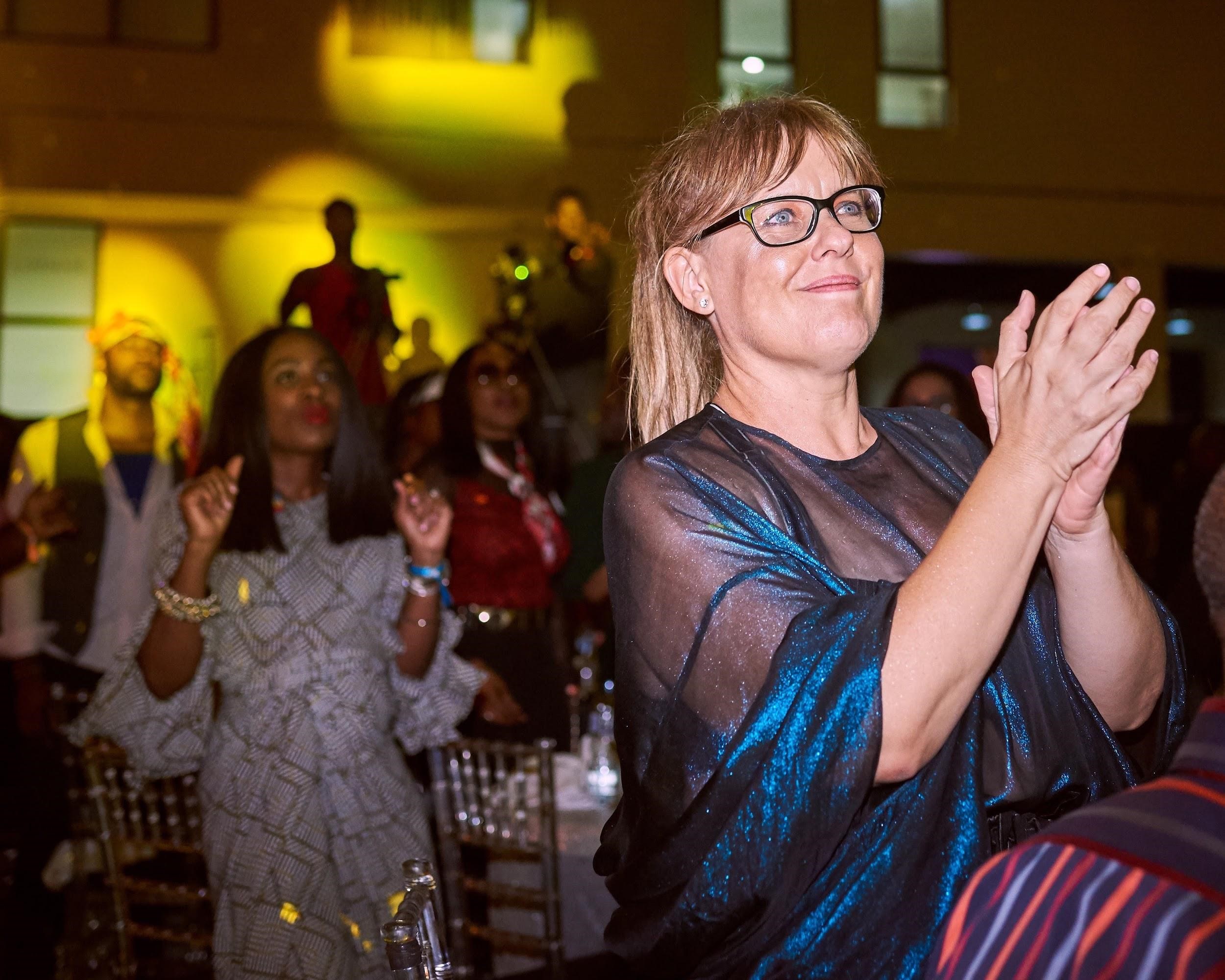 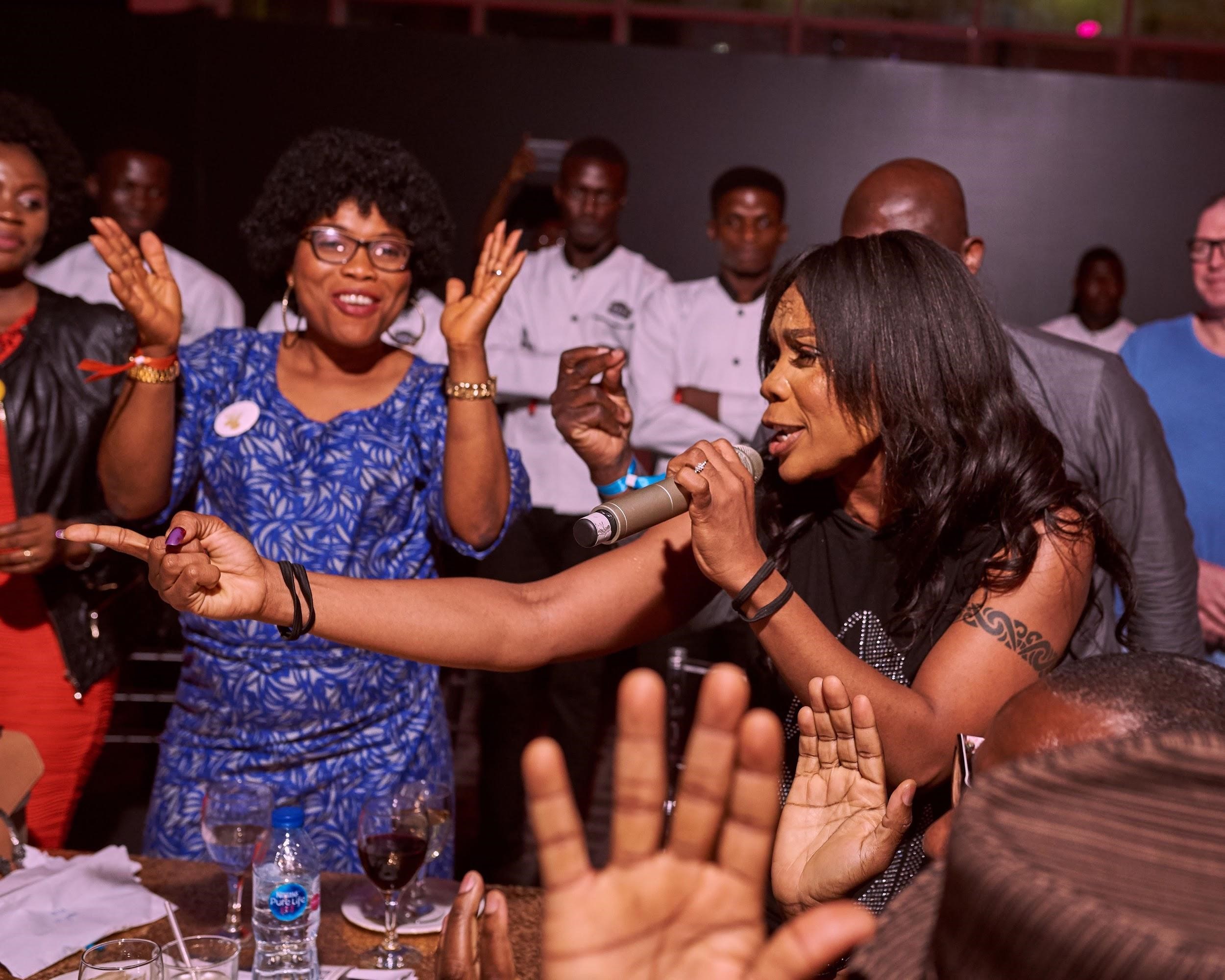 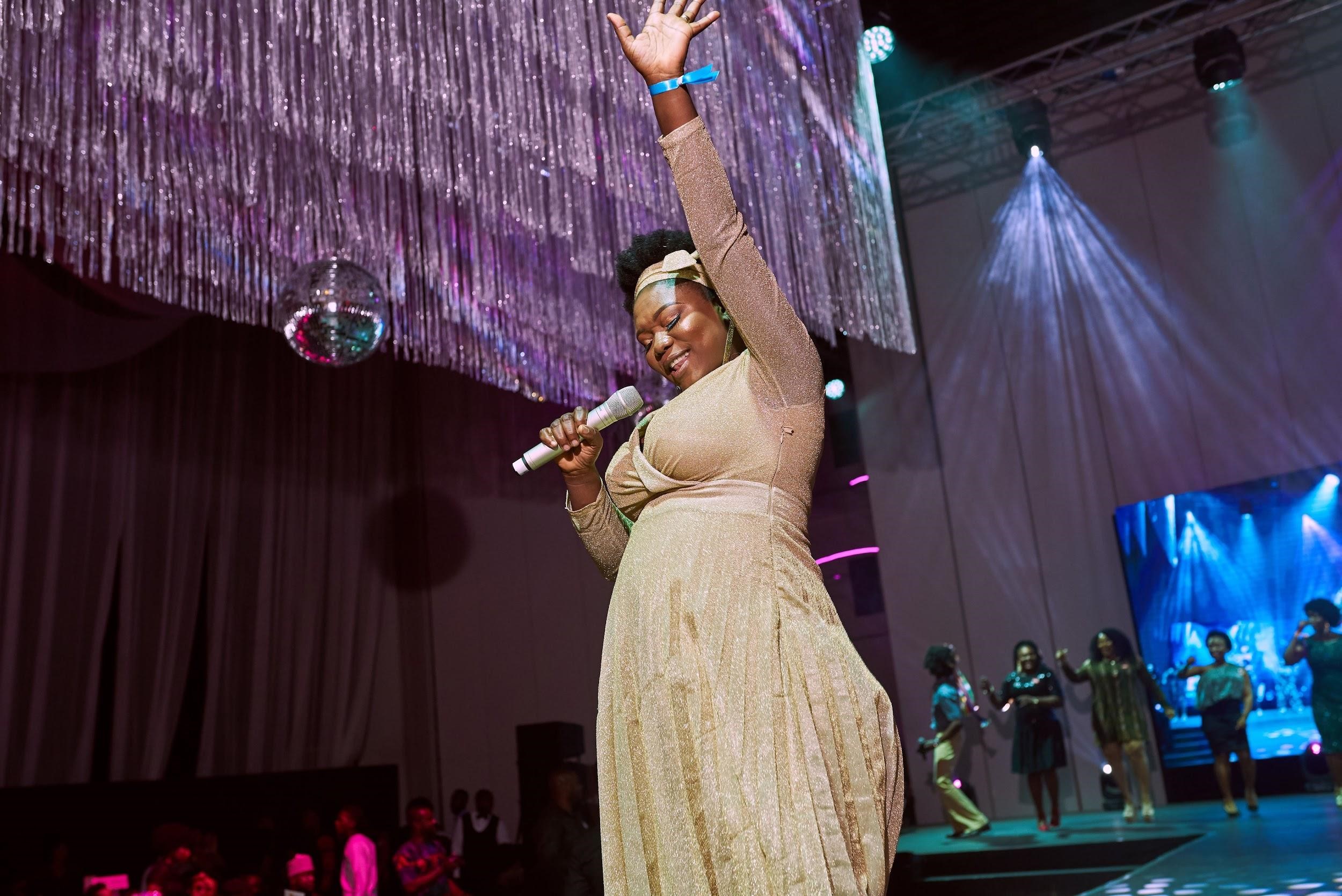 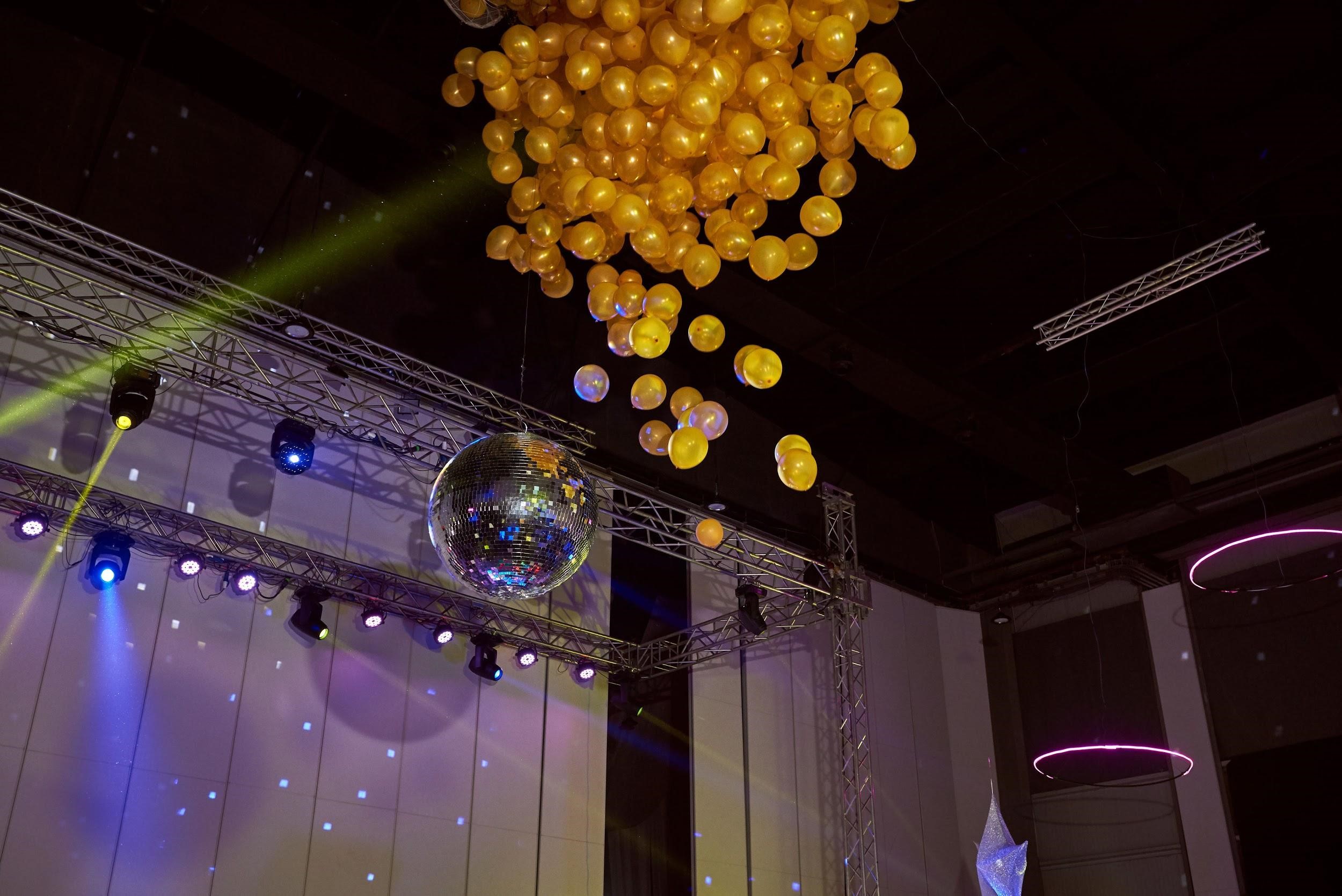 BellaNaija is a media partner for The Unofficial Christmas Party

Thank You BellaNaijarians! We WON at The Beatz Awards 2019 & So Did Kel P Vibes, Johnny Drille | See Full List