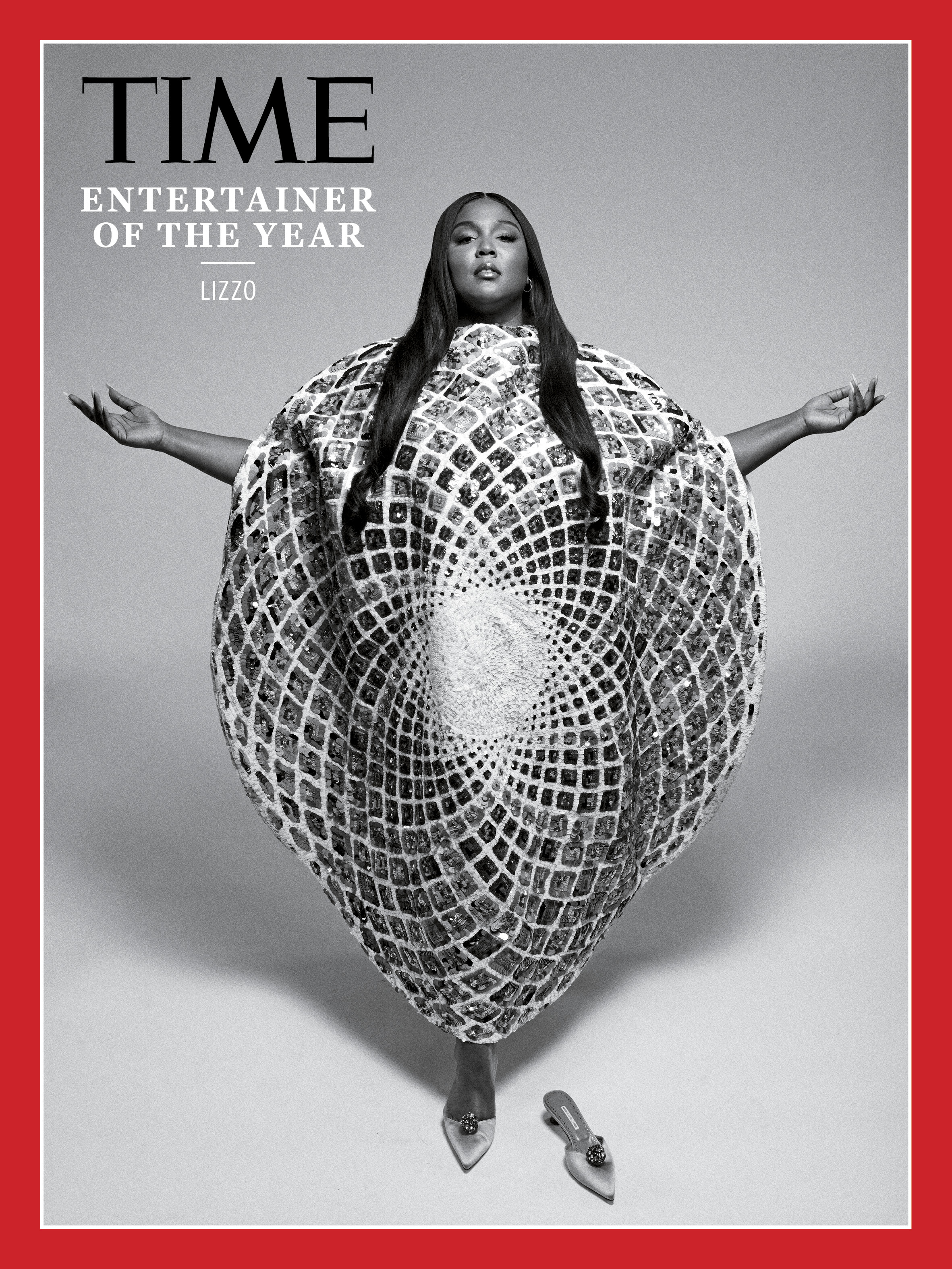 Time Magazine’s 2019 “Entertainer of the Year” goes to “Good as Hell” singer, Lizzo.

The “Truth Hurts” singer incorporates themes of confidence and self-love into her music, TIME wrote. “Her sound is relentlessly positive and impossibly catchy: bangers that synthesize pop, rap and R&B, with hooks so sharp it feels like they’ve been in your brain forever. Her lyrics are funny, bawdy and vulnerable: reminders to dump whatever idiot is holding you back and become your own biggest fan.”

Lizzo reminiscing “why this year, after nearly a decade on the road, performing shows for next to nothing, living in her car, being her own hype man and bagging more Grammy nominations than any other artist,” says:

I’ve been doing positive music for a long-ass time. Then the culture changed. There were a lot of things that weren’t popular but existed, like body positivity, which at first was a form of protest for fat bodies and black women and has now become a trendy, commercialized thing. Now I’ve seen it reach the mainstream. Suddenly I’m mainstream! How could we have guessed something like this would happen when we’ve never seen anything like this before?

Her self-empowerment anthem “Truth Hurts,” originally released in 2017, went on to top the Billboard Hot 100. She carried a tiny Valentino purse down the red carpet at the American Music Awards, generating a million memes.

Her third album, “Cuz I Love You“, earned her eight Grammy nominations and each of moment of her winning helped develop her as the defining entertainer of this year. It also made her a bigger target.

I have to bite my tongue on certain things. When people challenge my talent, they challenge whether I deserve to be here. They challenge my blackness. I’m like, ‘Oh! I can easily just let your ass know right now in 132 characters why you’re f-cking wrong.