40 - That's the New Number of Confirmed Coronavirus Cases in Nigeria

The number of confirmed coronavirus cases in Nigeria is still on the rise, as four new cases of coronavirus have been confirmed, raising the country’s total number to 40.

The Nigeria Centre for Disease Control (NCDC) announced on Monday night that three of the new cases were recorded in Lagos, and one in the Federal Capital Territory, Abuja. According to NCDC, two out of the four cases were confirmed in travellers who just returned to the country.

Of the 40 cases, 28 had travel history to high-risk countries in the last two weeks.

With the newest update, Lagos has so far reported 28 cases of the virus, FCT has reported 7, Ogun has reported 2, while Oyo, Ekiti, and Edo states have one case each. There are currently 37 active cases, two have been discharged and one death has been reported. 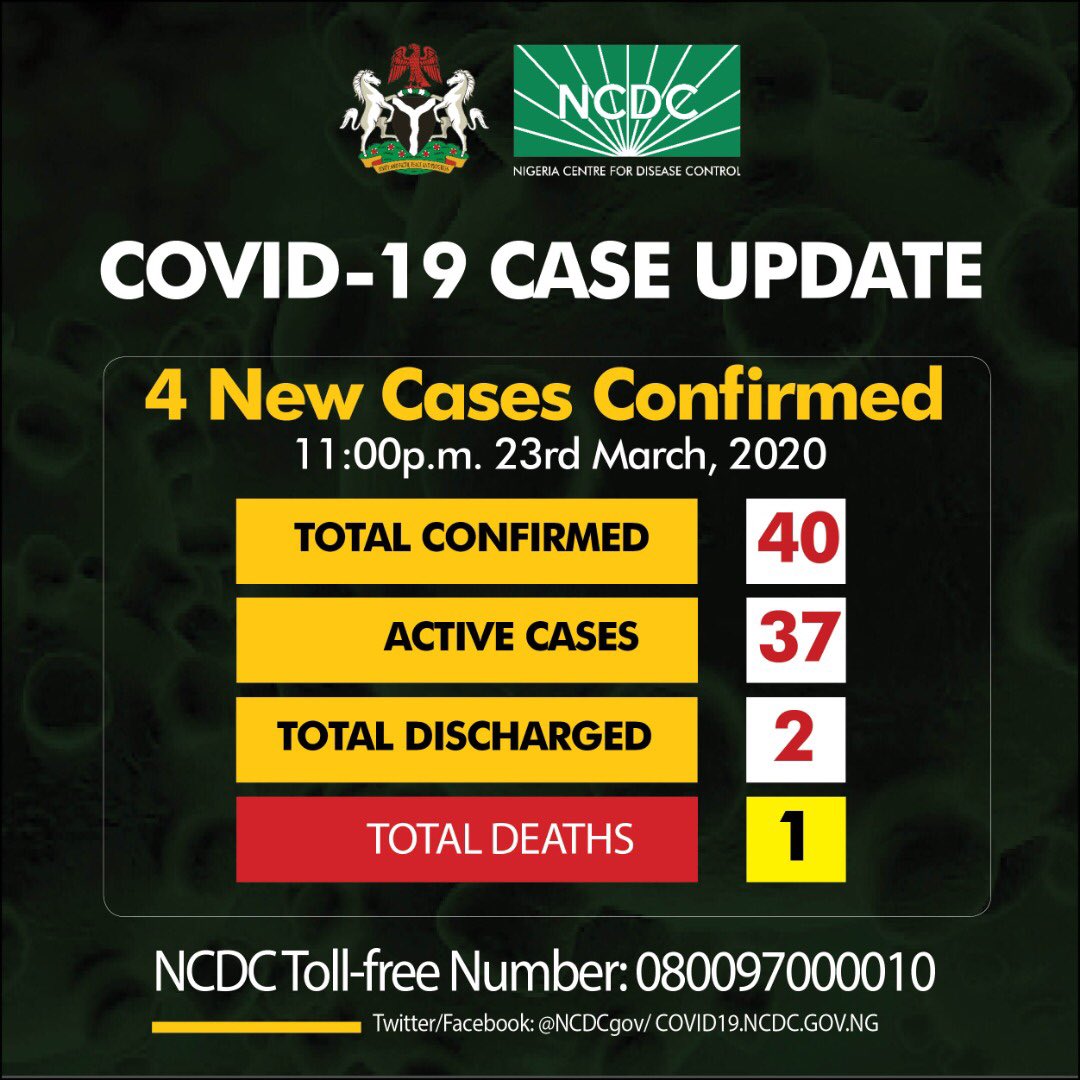