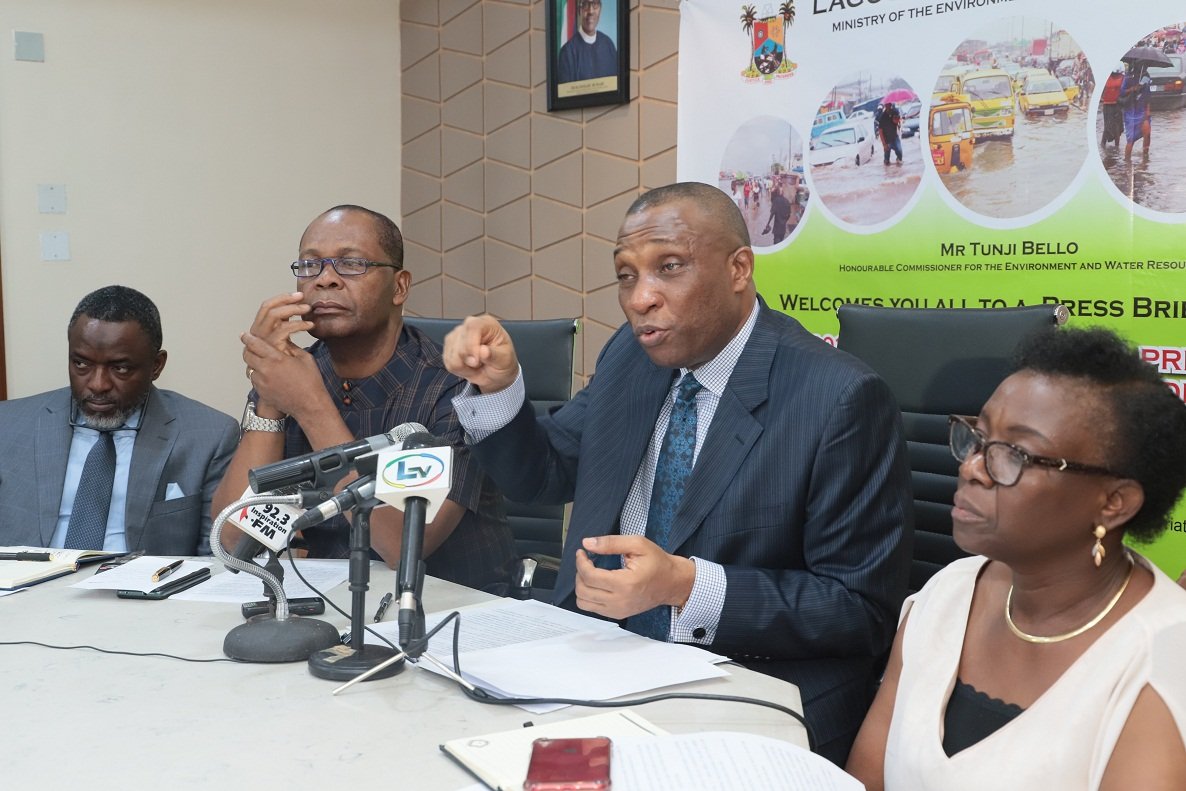 The Commissioner for Environment and Water Resources in Lagos State, Tunji Bello, is alerting Lagosians about the forthcoming rainy season, which the Nigerian Meteorological Agency (NIMET) has said will last between 240 to 270 days.

They say the season will begin on March 19 and end November 22.

Tunji Bello stated this on Tuesday in a press briefing at the 2020 Seasonal Rainfall Predictions and Prevention of Flooding in Lagos State.

The commissioner noted that Ikeja is expected to have about 1526mm of rainfall, while that of Badagry is 1750mm, Lagos Island with 1714mm, Ikorodu with 1690mm and Epe with 1730mm.

The commissioner said, based on the report obtained from the Nigerian Meteorological services (NIMET),

Lagos Island was expected to have a rainfall onset date of 19th March 2020 with an error margin of three days, while its cessation date is expected to be 26th of November, 2020.

He added that in a coastal area like Lagos, it is natural that “sometimes when it rains, we are likely to have flash-floods on our roads as normal occurrences all over the world. As long as the drains are clean, we should be assured that, in a matter of time, the flash flood will disappear.”

Here’s how you can ensure your safety.

Here’s what Lagos is doing to prevent flooding.