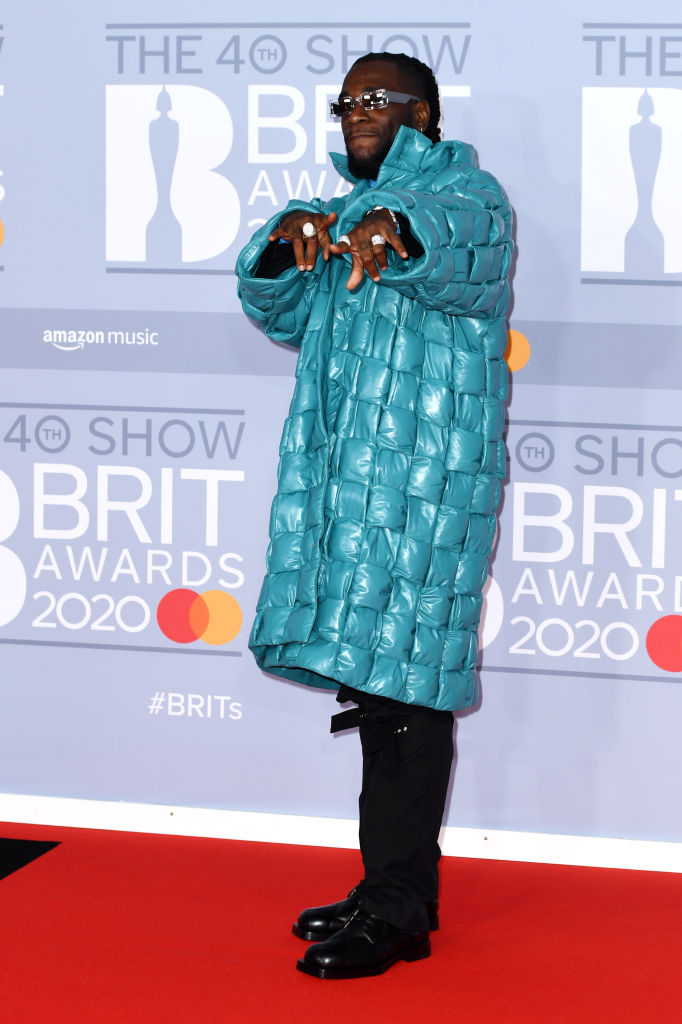 LONDON, ENGLAND – FEBRUARY 18: (EDITORIAL USE ONLY) Burna Boy attends The BRIT Awards 2020 at The O2 Arena on February 18, 2020 in London, England. (Photo by Gareth Cattermole/Getty Images)

A lot has been going on Twitter, all of it in line with the music industry, from the ‘Battle of Hits‘ to Twitter bants on the best video director, artist, and producer.

The most recent, surprisingly, has been Burna Boy sharing that he is leaving Twitter because he is too real for it. Here’s what he tweeted: 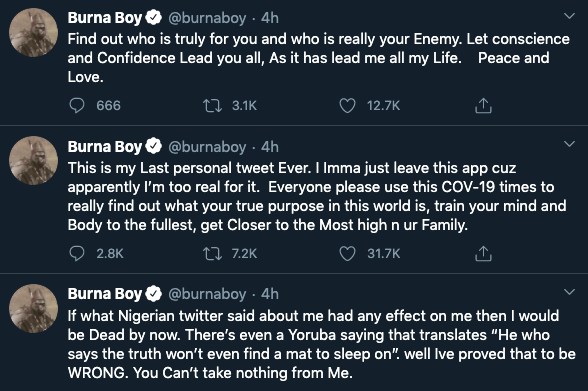 We can’t really pinpoint what prompted his decision, but it seems the African Giant got some flak over tweets about his journey so far, forthcoming album, and sampling Fela Kuti‘s music.

For the record I have never had any help writing any song Ever. Except one time and that was with @Peruzzi

Sick. Totally sick. But my musical Mother @angeliquekidjo told me everything I needed to understand about the Grammys. So now I’m “Twice as Tall” (that’s the name of my next Album by the way dropping in July by the grace of the most High) https://t.co/JKExPQMROe

None of these twitter handles could ever say shit to my face. I wish they would tho. I really do https://t.co/Jqs8jgMKor

If it wasn’t for @PeediPicasso (Aristokrat records) there would be no BURNA BOY. That shit is for life that’s why I got the Aristokrat records tattoo on my Left arm. https://t.co/YvDG3zHKqJ

The Fools that say this shit don’t even really know Fela songs. Fela went through much more hate from you fuckers than I currently do and all he did was speak the truth even more than I do. U are just pained that I’m King and I’m Flawless with the vibes. Unstoppable https://t.co/6g6CdATeKk

Your right bro. I overreacted there. But he definitely deserves a few Slaps for that tho, Regardless, my apologies to everyone for overreacting it wasn’t called for. https://t.co/hDtnGcvuwu

We’re hoping the singer will let things go and return to Twitter soon.

This 32-Track Playlist by Sarz is Proof that “Sarz Is Not Your Mate” ??