Naira Marley is Apologising to the Lagos State Government - See Why 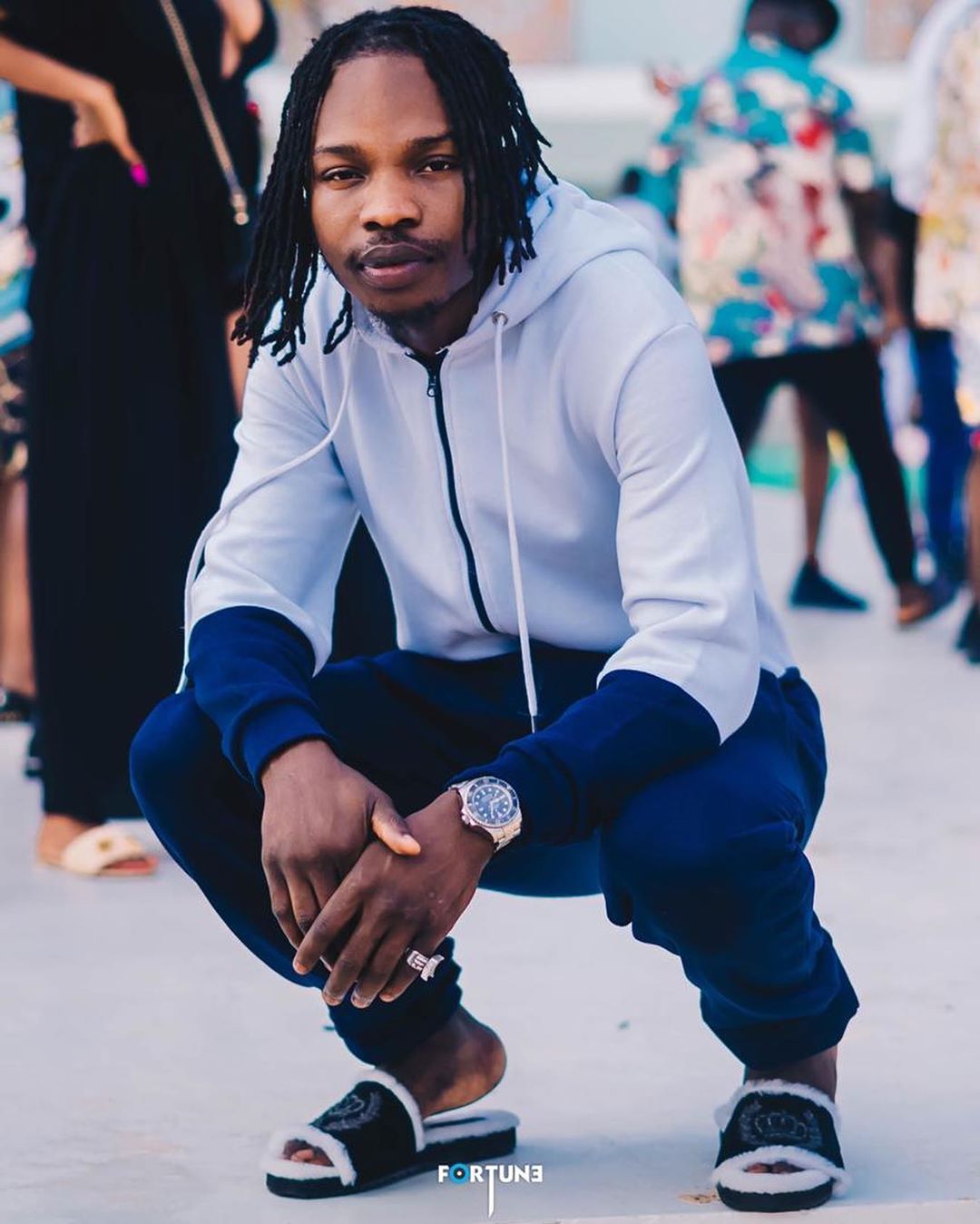 On Thursday, the Lagos State Government withdrew the charges against Naira Marley and former governorship candidate Babatunde Gbadamosi after they tendered an apology letter and promised to fulfil the conditions of the court for withdrawal of the cases against them.

Recall that on Sunday, April 5, Funke Akindele Bello and her husband JJC Skillz were arrested by the Lagos State police command for defying the social distancing directive of the state, after the couple hosted a house party in celebration. Although, Funke Akindele Bello had previously apologised for throwing a party for JJC on his birthday, after which she was arrested.

On Wednesday, Naira Marley appeared before a Lagos State Magistrate Court in Ogba where all the charges against him were withdrawn on the condition that he tenders an apology letter directed to the Lagos State Government and agree to self-isolate in his home for 14 days.

A statement issued on the official Instagram page of Lagos State reads:

Lagos State Government, on Thursday, withdrew the charges against a former governorship candidate, Mr. Babatunde Gbadamosi and Azeez Fashola a.k.a Naira Marley, after the defendants fulfilled the letters of apology condition of the court for withdrawal of the cases against them. The Lagos State Ministry of Justice had, on the 8th of April 2020, filed charges at the Magistrate Court sitting at Ogba against the defendants for attending a birthday party organised by celebrity couple, Mrs. Funke Akindele-Bello and her husband, Mr. AbdulRashed Bello, at Amen Estate, Ibeju-Lekki on April 4, 2020.

“The fourth condition, which pertains only to Azeez Fashola a.k.a Naira Marley, was that he will support the Lagos State Government campaign against the COVID-19 pandemic by using his position as a renowned artiste to urge the youth to stay at home and keep the required social distancing directives issued by Mr. Governor, at no cost to the Government,” he added.

Here are the letters of apology signed by Naira Marley and Babatunde Gbadamosi. 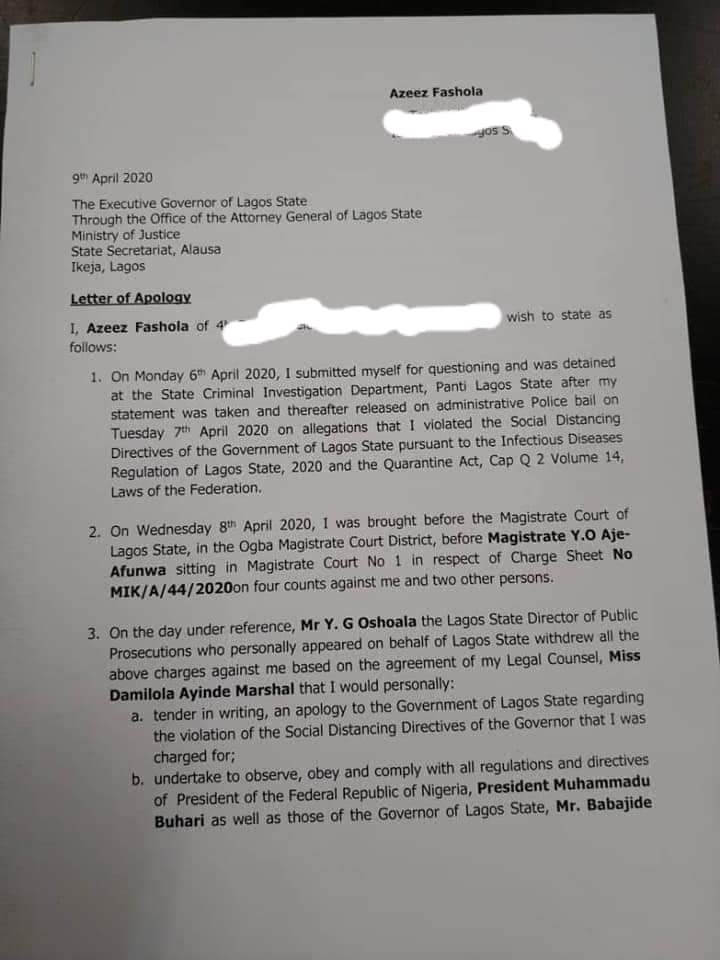 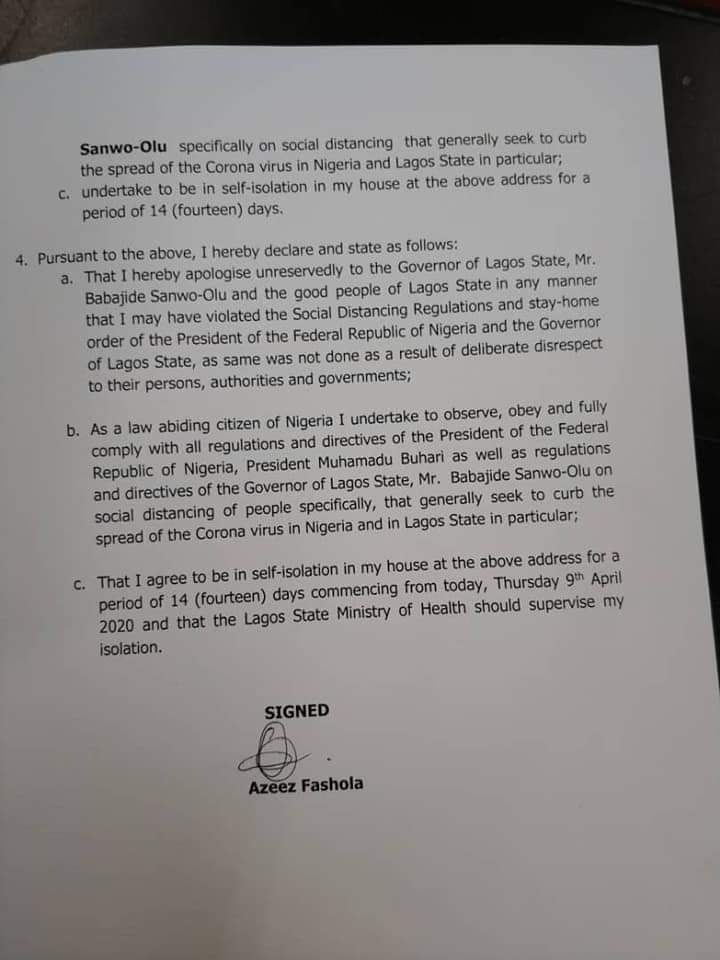 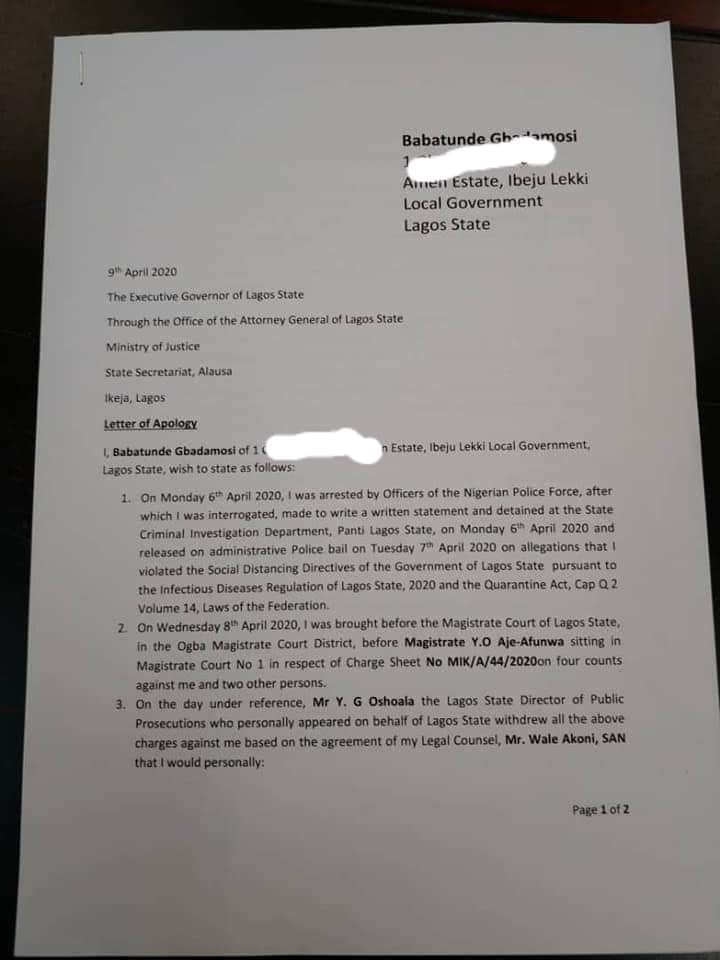 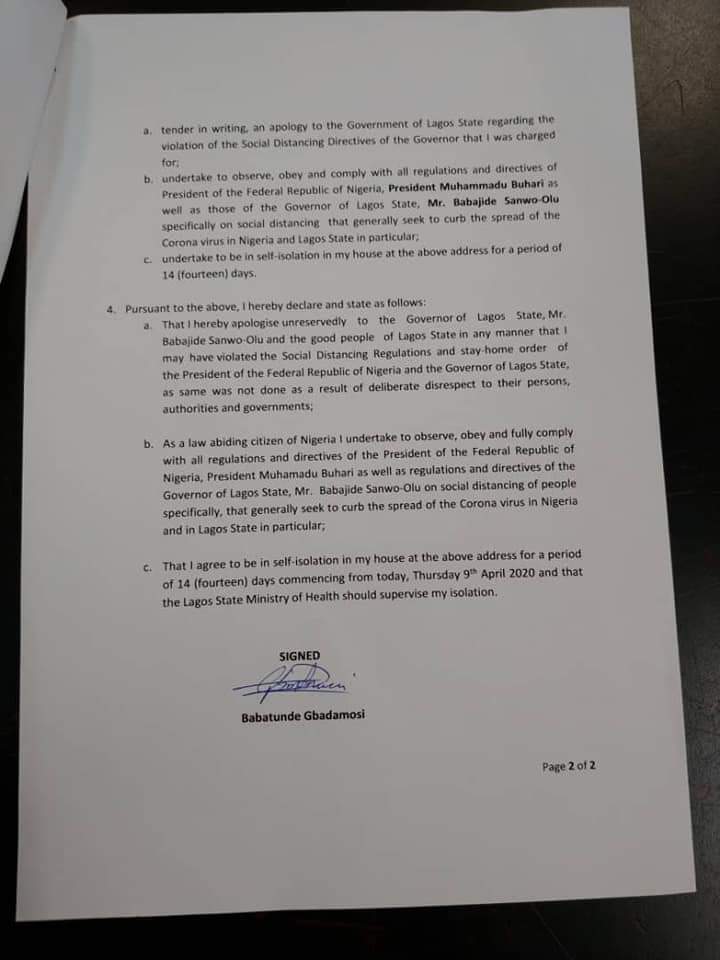 Have You Ever Been Stood Up By Your Date? Tajé Prest will be Sharing Her Story with Us on #AtHomeWithBN