As cases of the COVID-19 pandemic continue to grow in Nigeria, Nigerians have had to battle with both the possibility of getting infected and the panic created by varying pieces of information being circulated. To help reduce misinformation and better protect citizens across the country, the Seven-Up Bottling Company has announced that they are allocating their media assets to help with the sensitization of the public on what they can do at this time to keep safe. The company believes that this sensitization campaign focused on grassroots communities will strengthen the efforts being made by the government to limit the spread of the virus. 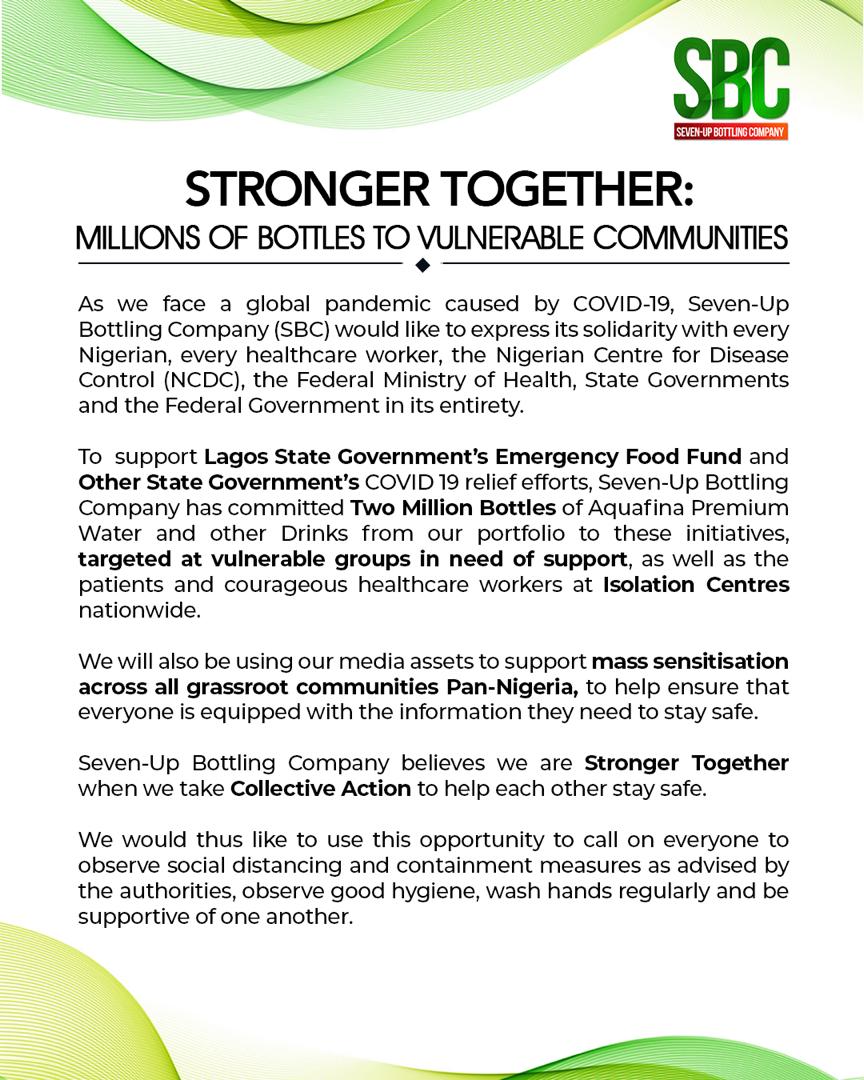 Along with this allocation of media resources, they also announced a donation of 2 million bottles of Aquafina premium drinking water and other beverages from their portfolio to the Lagos State Government and other state governments across Nigeria. The company hopes this will boost the emergency food response targeted at people in vulnerable communities, as well as used to cater to patients and health workers at various isolation centers in the states.

According to the Managing Director of SBC, Ziad Maalouf, this is the company’s way of supporting vulnerable communities during this tough time. He further expressed his gratitude and admiration for those at the forefront in the fight against COVID-19, stating that SBC believes that we are stronger together when we take collective action to help each other stay safe. 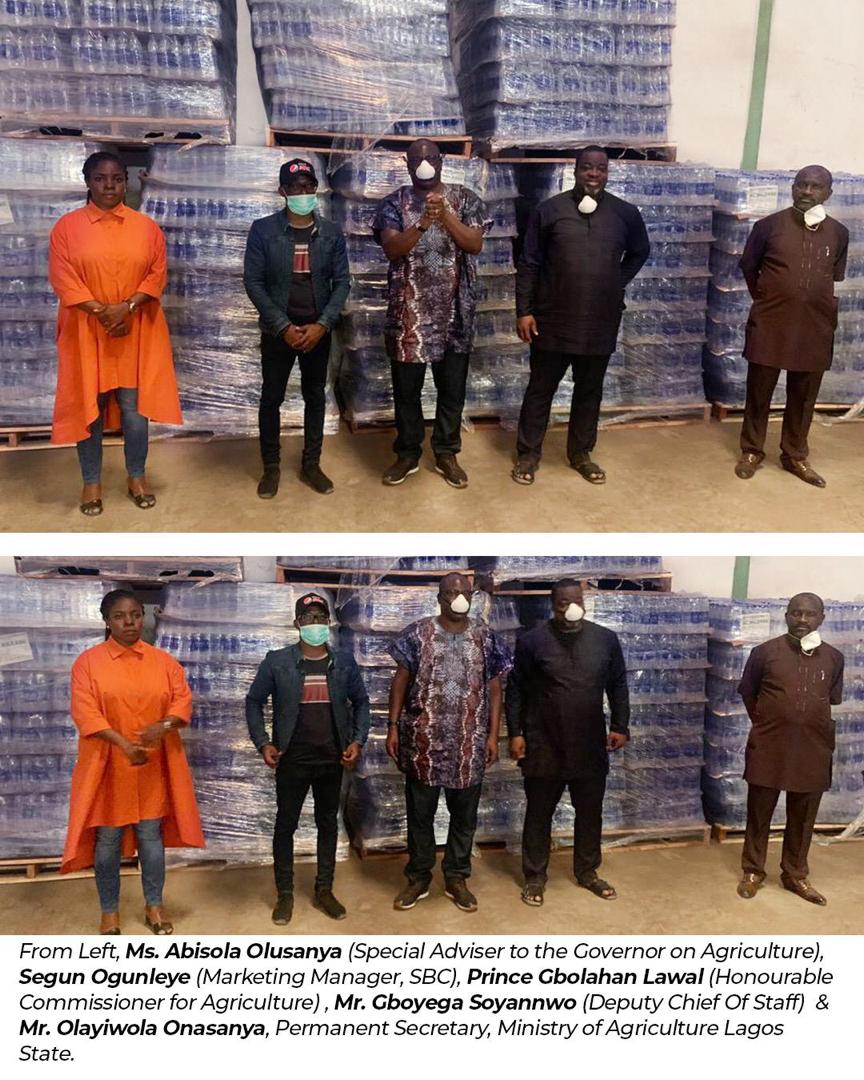 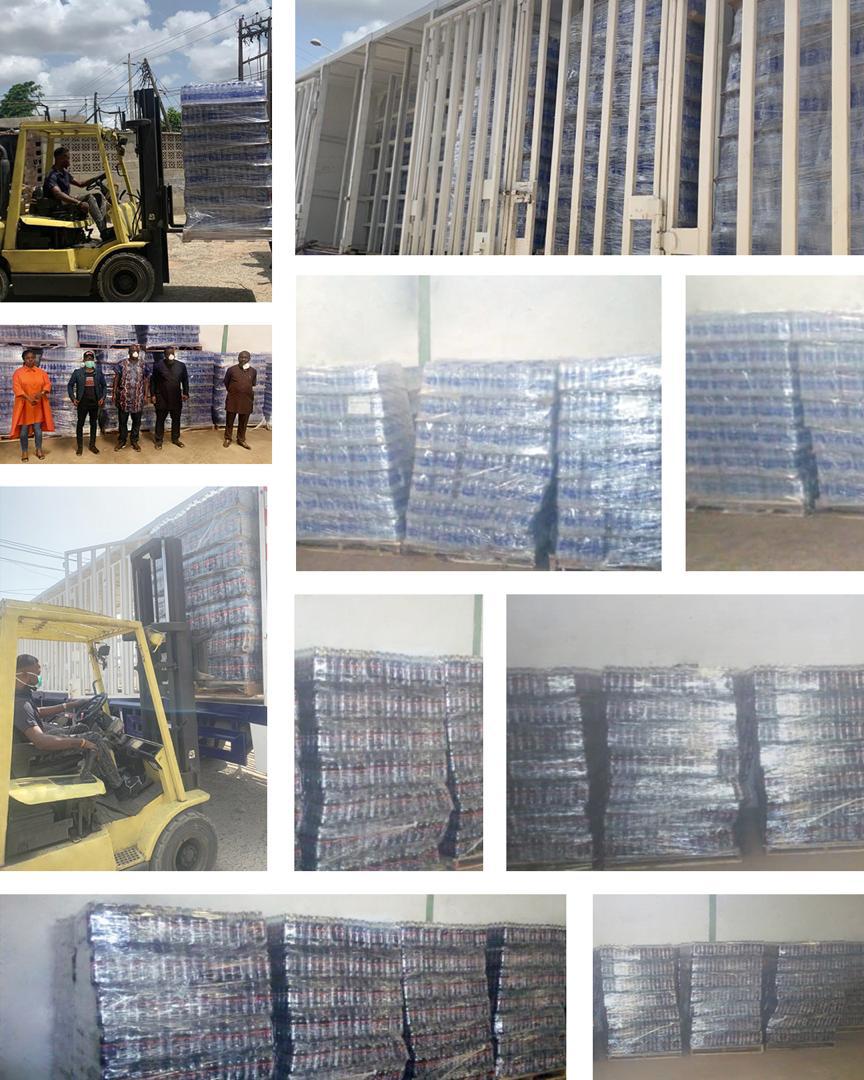 Already, the NCDC has set up 7 molecular laboratories in 6 states, to help increase the country’s capacity to carry out more tests on people presenting symptoms of the virus and their close contacts. So far, this move has led to an increase in confirmed cases, with 14 states who have now recorded at least 1 case.

#AtHomeWithBN: Join Mrs Kush as she Shares Tips on How to Make Great Meals with Limited Ingredients | April 10

Hey BNers, Who will Win the N150 million Prize? Find Out At Access The Stars E-Finale