iLLBliss & Waje are Speaking out in Support of Clarence Peters 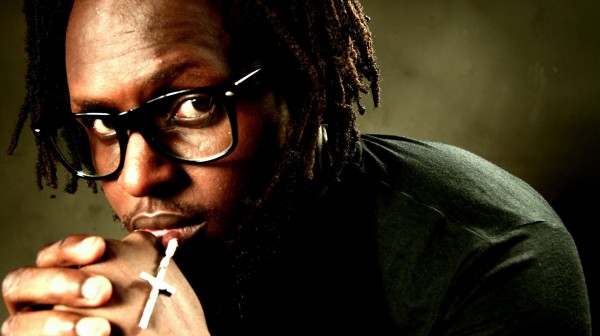 When the Lagos State Police Command announced that music video director Clarence Peters was being investigated for murder over the death of professional dancer, Love Divine, known as Kodak, the news did not go down well with some people who felt it was injustice.

The announcement sparked diverse reactions because multiple reports stated that the dancer died of electrocution while charging her phone at Peters’ house.

I have known Clarence for more than 10 years and this is just a sad situation. You have built and constantly still building job opportunities for young people in entertainment. My prayers go to my brother @clarenceshotit.

As the Nigerian Police carry out their investigations, it’s important to be careful in communication and understand and respect the rights of this man and every other Nigerian.

And I pray comfort for Kodaks family. And to my friend @jbeautyfull (Clarence Peters’ girlfriend) This too shall pass.”

Rapper IllBliss also came out to speak on the situation between Clarence Peters and the Nigerian police force since the death of video vixen Kodak. The rapper revealed that his business partner’s image is being tarnished by the blogs and the police force without doing necessary investigation.

Illbliss said it was the responsibility of the police to carry out all necessary investigation but rather they have spent time releasing unconfirmed information to the public and have been tarnishing the image of the video director.

My Friend My Brother @clarenceshotit called me the morning after we lost Kodak with all the facts as stated in my previous Post. We agreed that in this huge tragedy we wouldn’t run to the press hastily but decided to follow a process that involved the right authorities signing off on a comprehensive report- coroner’s report, autopsy, official police report. I have watched the blogs and the media Attempt to tarnish his image without concrete Facts. I write this piece because I’m extremely unhappy with the following:

1. WHY IS CLARENCE AND HIS TEAM being held under police custody? Please Note that they reported the incidence to the police and appeared to the Police Station willingly before being held. Are They Guilty Until proven innocent? (2) KODAK was rushed to a few hospitals and rejected. She may have been saved. Is this also the team’s fault that emergency services Failed? (3) TO THE BLOGS and Social Media who thrive on sensationalism and poorly researched information, you have done more Harm than good. I hope you retain the same negative and destructive energy when Clarence is set Free and totally exonerated.You have passed judgement on an innocent soul with zero facts, And to you my brother CP! Keep Your Head Up! GOD ALMiGHTY WILL ALWAYS FIGHT FOR YOU AND PROTECT YOU! We will get through this. We have Your back ? and you are always in our prayers round the clock!!! THE WHOLE COMMUNITY IS BEHIND YOU. I have received calls of concern and solidarity from @obiasika @efeomorogbe @iamreminisce @yemialade @larrygaaga @judeengees and so so many more! Bless you all.