Read up on 8 Updates of #COVID19 in these African Countries 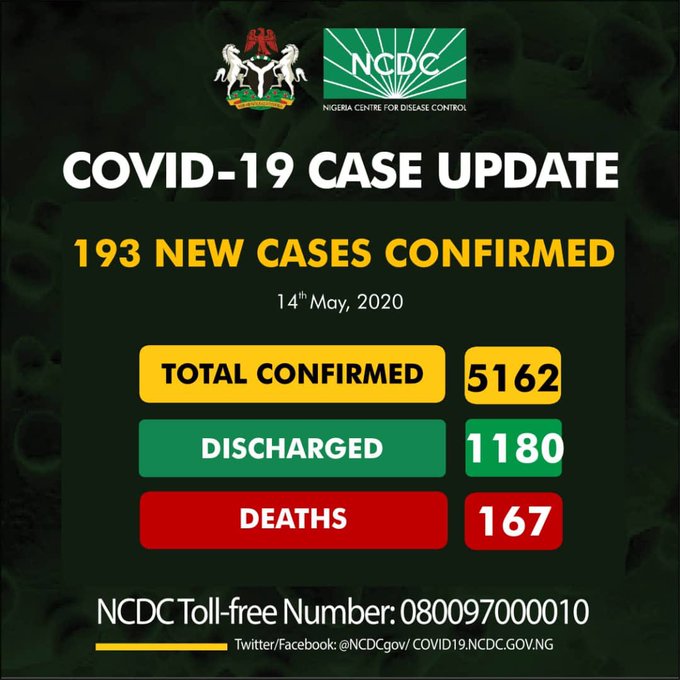 On Thursday, Nigeria recorded 193 new cases of COVID-19 as the number of infected people exceeded 5,000. Three people also died from the virus on Thursday.

According to the Nigeria Centre for Disease Control (NCDC), with Thursday’s figure, the total tally of infected people in the country rose to 5,162, from 4,971 reported on Wednesday evening. 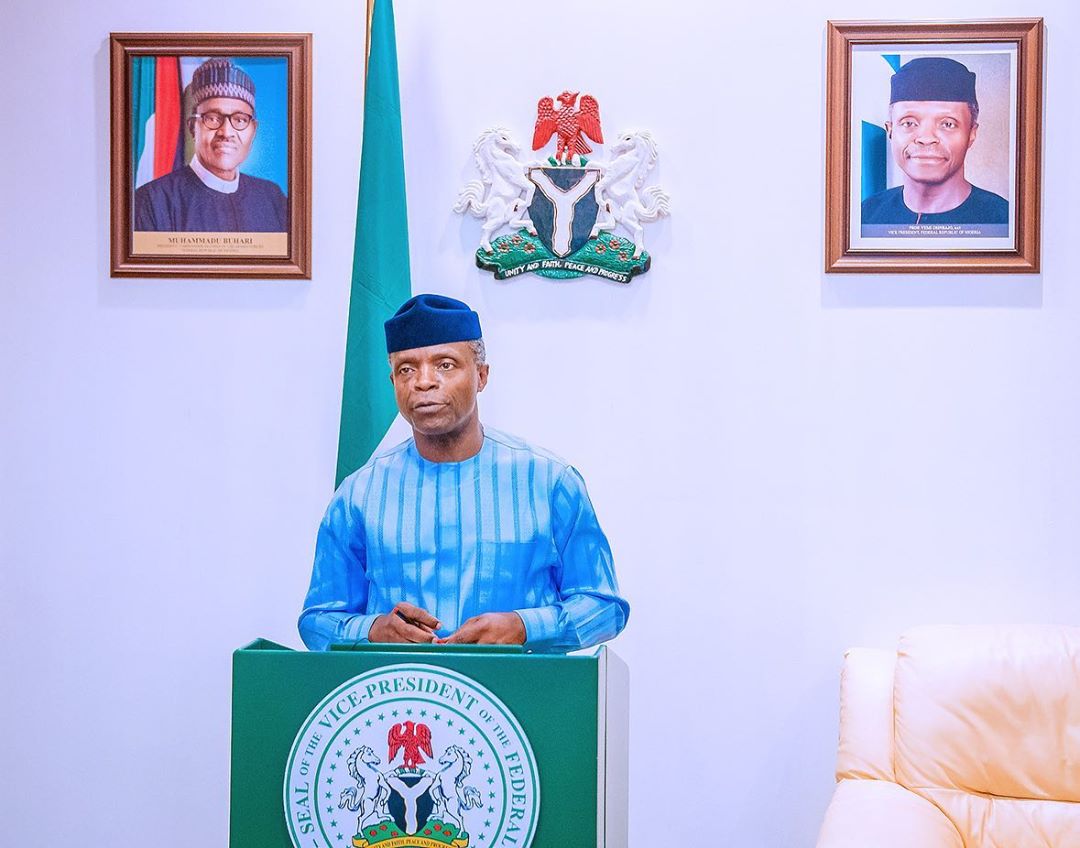 According to Vice President Yemi Osinbajo, here’s how Nigeria can defeat the coronavirus

The challenge posed by the coronavirus pandemic can only be defeated through careful coordination and collaborative efforts of the government, public and private sectors, as well as philanthropists, according to Vice President Yemi Osinbajo.

Osinbajo said given the unprecedented nature of the global pandemic, both in its impact and severity, it was clear that it was a challenge the public sector alone cannot tackle. The vice president spoke on Thursday in Abuja at an event to announce the impending launch of a Nigeria Solidarity Support Fund (NSSF) to provide additional support for Nigeria’s response to the COVID-19 pandemic.

The fund is an initiative of Global Citizen, a global movement committed to ending extreme poverty by 2030, in collaboration with Nigeria Sovereign Investment Authority (NSIA) to enable Nigerians at home or in the diaspora as well as international donors to contribute to Nigeria’s fight against the pandemic.

Let me join everyone in saying how much debt of gratitude we owe the Nigeria Sovereign Investment Authority (NSIA), the Global Citizen, and their partners, for the establishment of the Nigeria Solidarity Support Fund (NSSF). This is a creative, forward-looking and thoughtful response to what is perhaps the most profound global and domestic challenge to health and the economy in possibly, human history. So once again on behalf of the President and the Federal government, I congratulate you all and especially our friends and partners in Global Citizen on this important addition to the creation of a stronger, more resilient, more inclusive political economy and healthcare system. Thank you very much for this initiative and we look forward to working with you. God bless you. 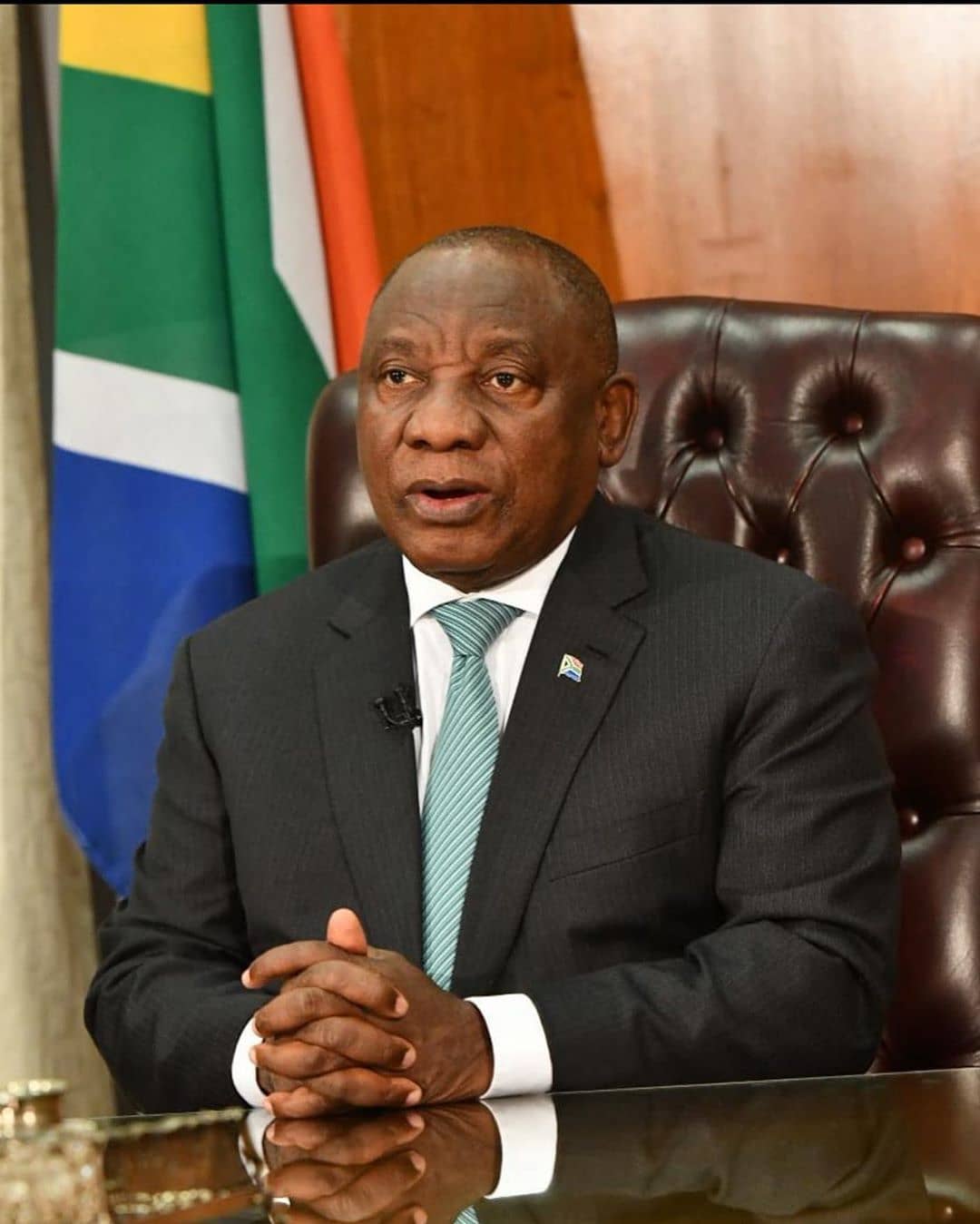 President Ramaphosa admits mistakes were made during COVID-19 lockdown

President Cyril Ramaphosa has conceded that some action the government has taken in its effort to curb the spread of the coronavirus has been unclear, contradictory, and poorly explained.

In an address to the nation on Wednesday evening, Ramaphosa committed to making amends and correct mistakes made by the government during the seven-week lockdown.

And that is why we must acknowledge that as we have confronted this unprecedented challenge, there may have been times when we have fallen short of your expectations. Some of the actions we have taken have been unclear, some have been contradictory and some have been poorly explained and some have evoked a lot of anger and opposition in many of you. 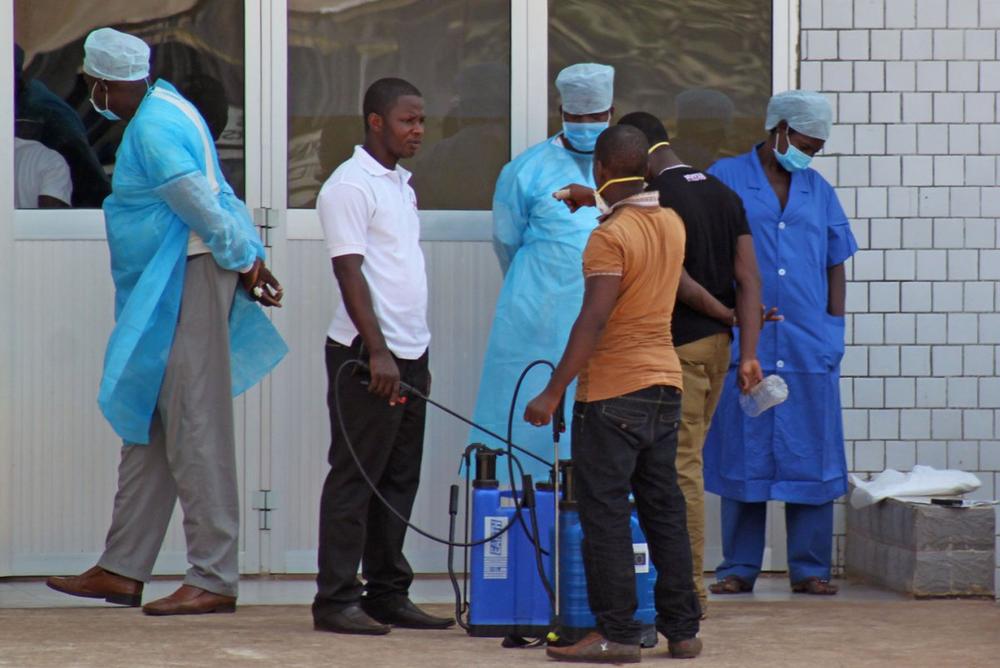 A major number of the 187 confirmed cases of coronavirus in Swaziland (eSwatini) were reported in the last seven days. This comes as evidence suggests that the government’s partial lockdown of the kingdom is not working.

According to Swazi Media, an attempt to lock down the city of Manzini and restrict people going in and out has seemingly come to little as people ignore restrictions on travel, movement, and businesses.

The whole of Swaziland has been in partial lockdown since 27 March 2020. Some of the restrictions have been lifted but there are still limits to which businesses and shops can open, the number of people who can gather together, public transport and travel between towns and regions. Schools and colleges are closed. 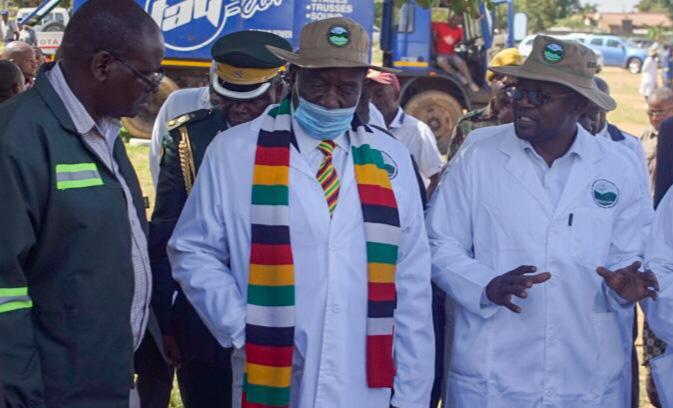 Zimbabwe embassy is set to transport 400 citizens from South Africa

The government has entered into a partnership with South Africa-based businessman Justice Maphosa to carry 400 Zimbabweans back home through the Beitbridge Border Post.

The arrangement follows numerous negotiations led by Zimbabwe’s embassy in Pretoria and will benefit citizens who could not afford to travel back home, Herald reports. 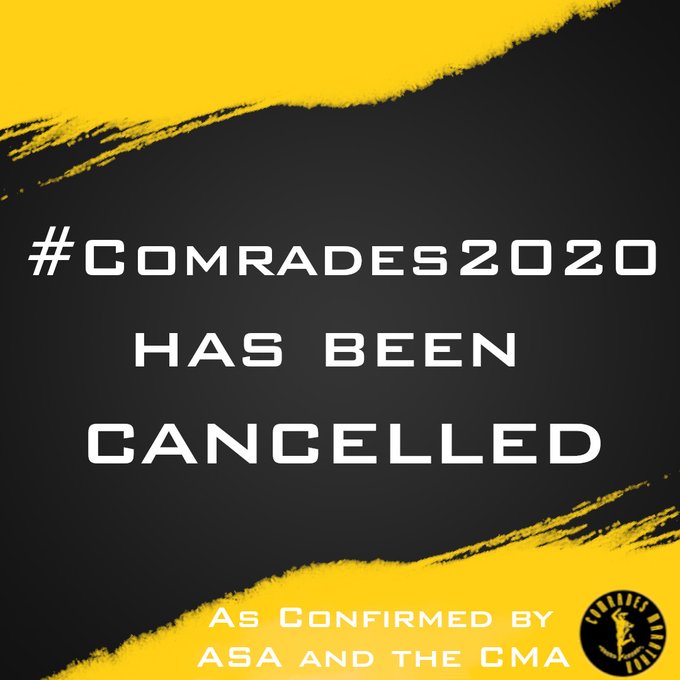 Cancelling what would have been the 95th edition of the Comrades Marathon was a long and arduous decision to make. With the race’s rich history, its powerful nation-building attributes and contribution towards social cohesion, as well as its immense economic impact, it would have been premature to rush into an outright cancellation sooner. However, we believe we have jointly arrived at the correct decision to protect the health and safety of all concerned as well as the lives of our fellow South Africans.

The bidding was made public on Wednesday and ends this Friday (two days) and delivery shall be within 7 days of being granted the bid. MEC says the bidding will be conducted in accordance with the open National Competitive Bidding (NCB) procedures contained in the Government of Malawi’s Public Procurement Legal Framework and is open to all bidders. 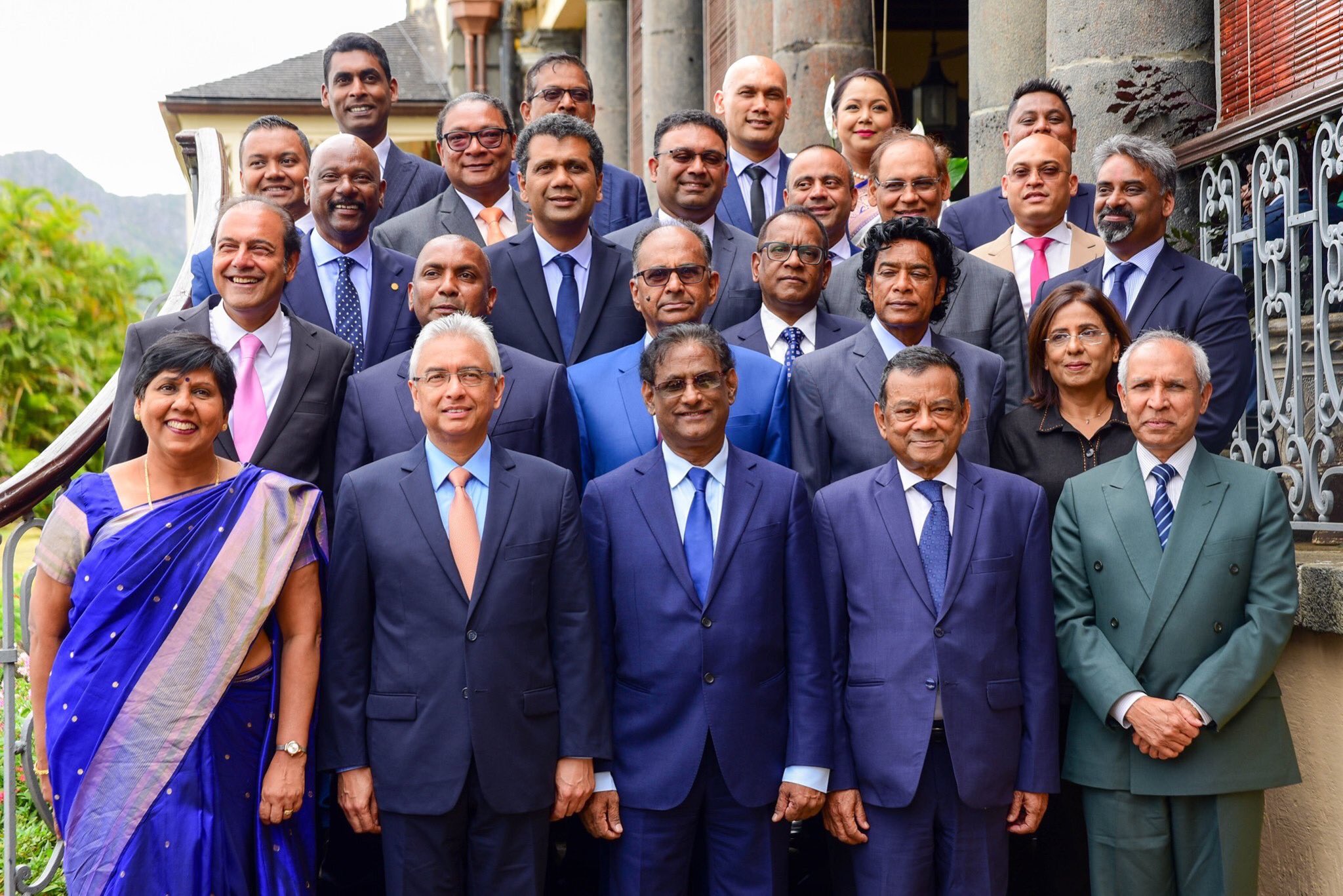 Mauritius says they have won the battle against COVID-19

Mauritius on Wednesday declared wary victory in its first battle with coronavirus, saying it had “zero” active patients and had not documented a single new case in 17 days.

The Indian Ocean island nation initially surged ahead of other eastern African countries in terms of caseload, hitting a peak of 332 just shy of six weeks into its outbreak. Ten people died. It imposed one of the first and strictest lockdowns in Africa, going so far as to initially shut supermarkets for 10 days, a measure that has been extended until June 1.

“Today we are at 17 days without a new case. Mauritius now has zero active cases,” Health Minister Kailesh Jagutpal said in an address on national television.

We have won the battle thanks to the cooperation of the public, who understood that the government needed to take extreme measures, including complete confinement, and the closure of supermarkets and our borders. But we have not yet won the war. Let’s remain vigilant.” From May 15, a limited selection of essential stores such as bakeries, butcheries, and fishmongers will be allowed to re-open, but most businesses, bars, shopping centers, and markets will stay shut.

The Suspended Re-deployment of the #Immigration5 Ladies Shows what Social Media can Achieve as a Community ??

#DomesticViolence: This Incident Proves that you can’t Assault your Partner in Lagos State & Get Away with it