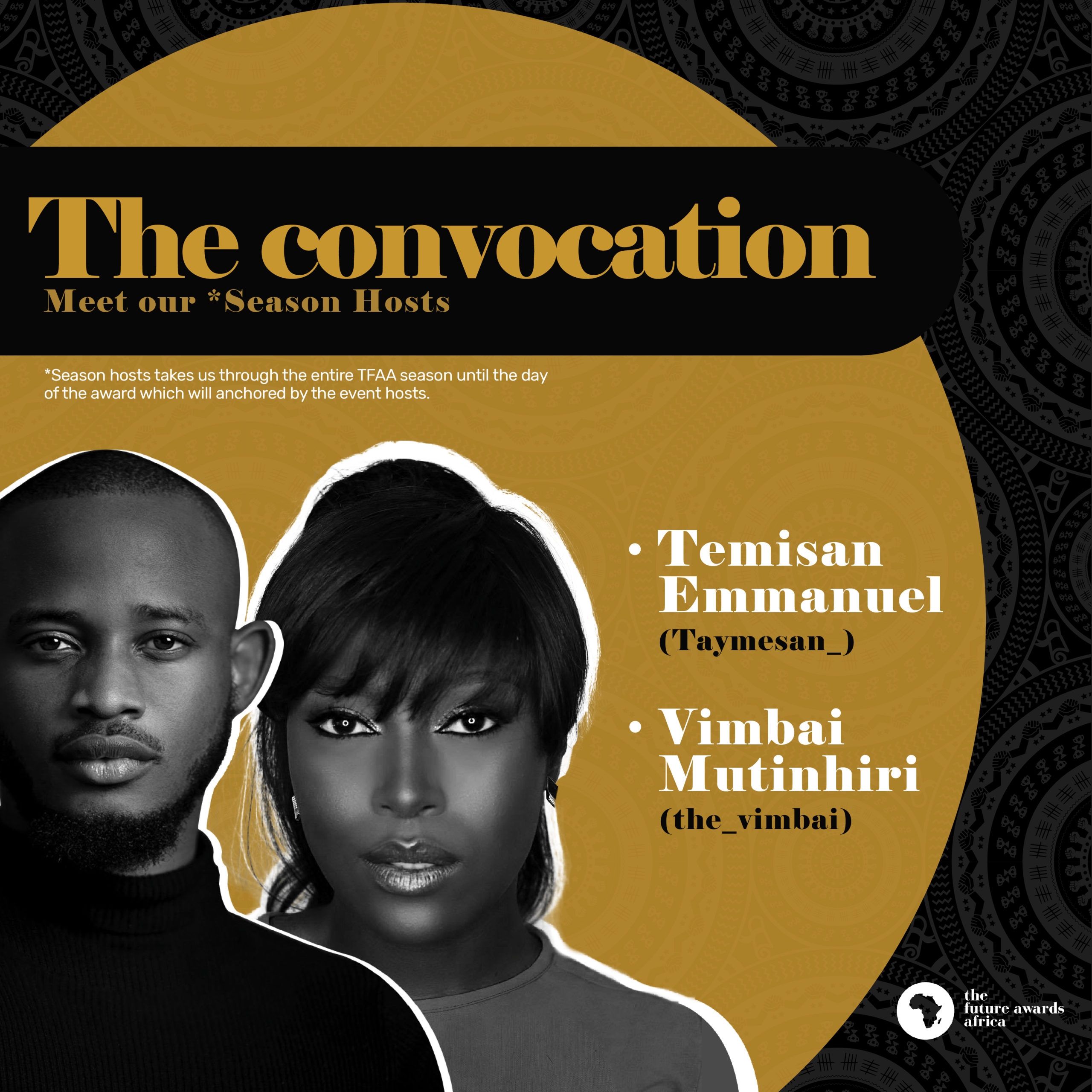 Ahead of its fifteenth edition, The Future Awards Africa has rolled out an exciting lineup of activities surrounding its iconic award event. TFAA is pioneering a near-complete pivot to virtual platforms in response to global trends accelerated by the Coronavirus pandemic. The Future Awards will be hosting many of the now-familiar beats on its journey to the culminative award ceremony via The Future Awards Africa Instagram handle while maintaining the physical presence of the award itself. The virtual activities will be carried out with multiple interfaces with other Future Project associated social media platforms.

In anticipation of the main event, some announcements were made on Monday, May 25th by Adebola Williams, CEO Red For Africa. These announcements, which are integral to The Future Awards Africa event structure, introduced the public to the season’s hosts and made public some of the new projects The Future Project plans to embark on.

May 25th was the most opportune time to make these announcements, as it also commemorates Africa Day, a celebration of Pan-Africanism on the continent and beyond. Through an Instagram live hosted by Adebola Williams on The Future Awards Instagram account, guests pledged their support to the initiative and celebrated the which Africa-wide focus of the awards this year.

After announcing this season’s theme “The Convocation”, the hosts for this year’s events were announced. Multimedia presenter, influencer, as well as past season host Taymesan Emmanuel and acclaimed presenter Vimbai Mutinhiri were declared as season’s hosts of the fifteenth edition of the Future Awards Africa.

Another major announcement that was made was the launch of the Beating Corona Heroes & Champions project, presented by The Future Awards Africa. The project which is set to be a TV and Digital Telethon will kick off on Sunday, July 12th, 2020. It is powered by RED, in partnership with EbonyLife TV & Consolidated Media Associates.

The call for nominations for Beating Corona Heroes across Africa, which is aimed at spotlighting unsung heroes at the frontline during this pandemic, was also made open during the Instagram live. Click HERE for more info.

The Future Awards Africa is a series of awards that celebrate young people between the ages of 18 and 31, who have made outstanding achievements in the year under consideration. Forbes has described the awards as “Nigeria’s most important awards for outstanding young Nigerians”