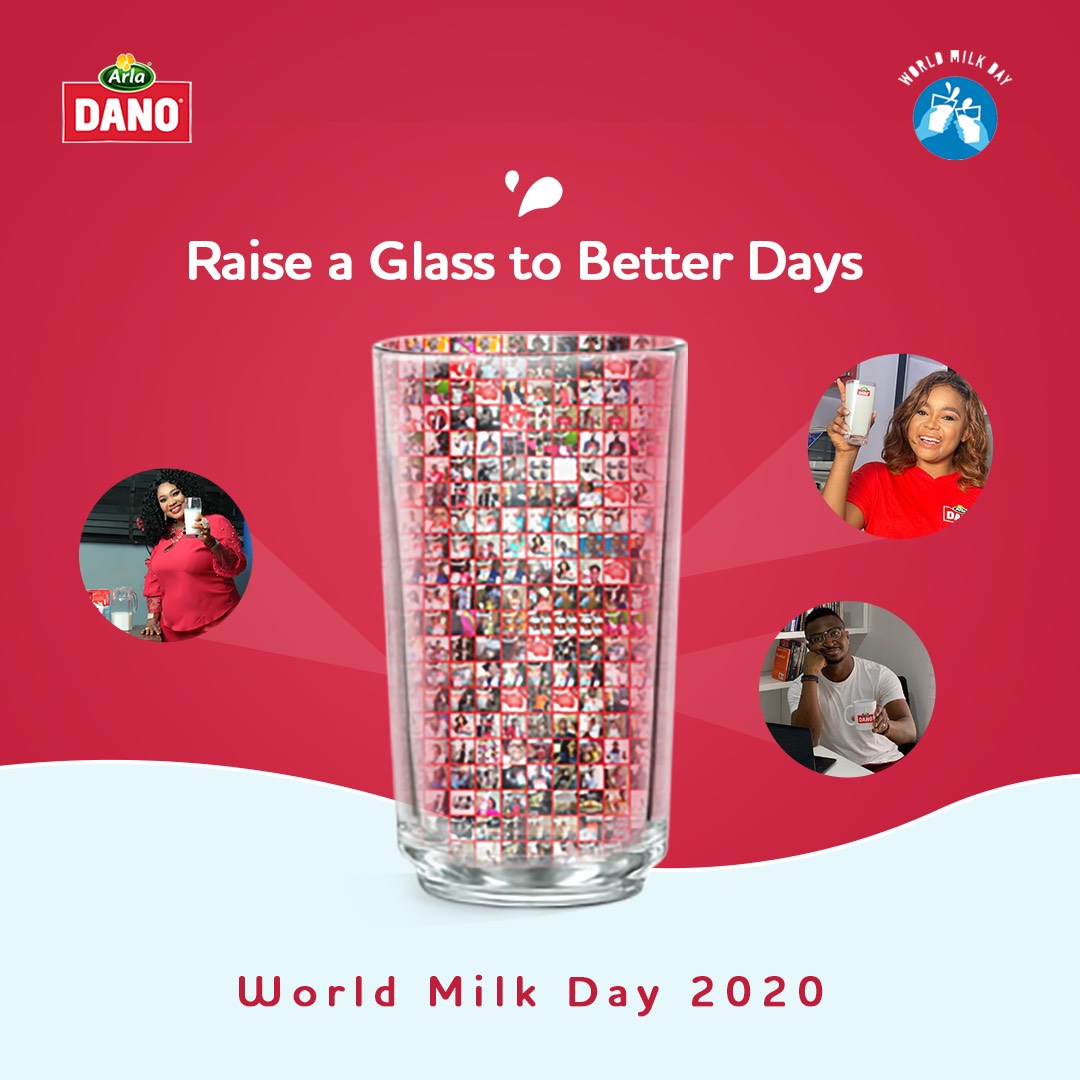 On June 1st, Dano joined the 20th celebration of World Milk Day. Dano’s annual World Milk Day awareness, which centres on the importance of milk to healthy nutrition and is usually characterised by a themed event. In 2019, it was “Dano on the Farm”, 2018 was a “Guinness World Record” event. This year they took a different turn.

Despite the restriction in movement and large gatherings due to the Coronavirus pandemic, the brand made the 20th anniversary of World Milk Day a remarkable one for consumers, with an experiential campaign: Raise A Glass To Better Days.

The campaign started by having consumers share a picture of themselves raising a glass of milk with the hashtag #DanoMilkyCheers. These pictures were used to fill a virtual milk glass which was revealed on select days to encourage more fans to join the challenge and fill the glass in time for World Milk Day.

The Dano brand ambassadors, Rachael Okonkwo, and Jaiye Kuti also joined the challenge as well as personalities such as Funnybone and EmmaOhMyGod.

Each day of the callout focused on a new reason to anticipate better days, with a special dedication on Children’s Day to when children will be able to play and go to school like they used to.

On June 1st, Dano Milk released a touching video that featured Jaiye Kuti and Funnybone encouraging others to look on to better days while raising a glass with Dano to celebrate World Milk Day.