416 new cases of COVID-19 were recorded in Nigeria

In total, Nigeria has recorded 10,578 cases of COVID-19. 3122 patients have been discharged from various isolation centres across the country, while 299 deaths have been recorded.

A breakdown of cases by state can be found via https://t.co/zQrpNeOfet#TakeResponsibility pic.twitter.com/nPB0OyPbEW

The Presidential Task Force on COVID-19 announced yesterday that the nationwide curfew which was announced by President Buhari on the 27th of April has been reduced.

From Tuesday, June 2, the nationwide curfew earlier put at 8pm to 6am will be reduced to 10pm to 4am.

The task force also announced that hotels can be reopened based on the NCDC guidelines. However all bars, gyms, cinemas, nightclubs and parks are to remain closed.

The interstate travel remains prohibited except for goods and essential travel, the Presidential Task Force on COVID-19 announces.

For now, all the schools are to remain closed, the Presidential Task Force on COVID-19 announces the directive.

The Federal Government has announced the easing the total lockdown of Kano State and introduction of Phase One of the Eased Lockdown protocols in the State.

The Presidential Task Force on COVID–19 gives a green light to hotels – they may reopen (based on NCDC guidelines) – while bars, gyms, cinemas, nightclubs, parks are to remain closed until further evaluation.

President Buhari has approved the ease of the total lockdown in Kano state, which was imposed on the state on April 27 to reduce the spread of the Coronavirus. According to Premium Times, The Secretary to the Government of the Federation (SGF), Boss Mustapha, made this known at the daily Presidential Task Force on COVID-19 briefing on Monday.

According to CNN, New Delhi residents can now check the number of beds available in the city’s hospitals on a new mobile app, Delhi Chief Minister Arvind Kejriwal said at a news conference on Tuesday.

“On the one hand we say that we have enough beds, but on the other hand we get messages from people saying they went from hospital to hospital but could not find a bed, so there is a gap in information,” Kejriwal said.

The “Delhi Corona” app and a supporting website, will bridge a gap as it allows citizens to determine which hospitals have empty beds, Kejriwal explained. 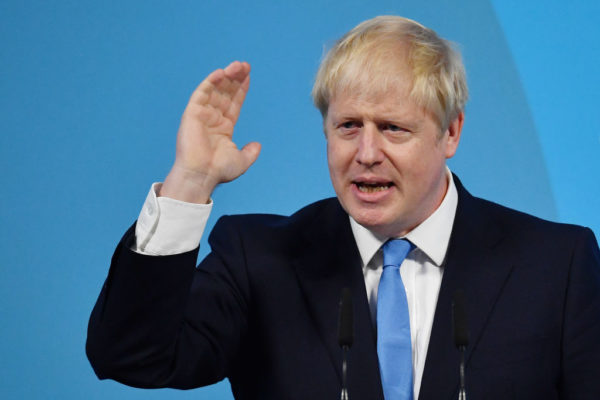 The number of deaths in the UK linked to COVID-19 is now approaching 50,000, according to official statistics released on Tuesday, CNN reports.

There have been 48,321 deaths in the UK, registered between January 1 and May 22, in which COVID-19 was mentioned on the death certificate. That’s according to numbers from England and Wales’ Office for National Statistics, National Records of Scotland, and the Northern Ireland Statistics and Research Agency.

The coronavirus has lost it’s lethality and is now less potent than it was at the beginning of the global outbreak, according to Italian doctors, Reuters reports.

According to the report, Alberto Zangrillo, who heads Milan’s San Raffaele Hospital in the badly-hit northern region of Lombardy, told Italian television on Sunday: “In reality, the virus clinically no longer exists in Italy.”

He said: “The swabs that were performed over the last 10 days showed a viral load in quantitative terms that was absolutely infinitesimal compared to the ones carried out a month or two months ago.”

Zangrillo has asked the Italian government to continue lifting lockdown measures, with claims that warnings of a potential second wave of the virus were creating unnecessary fear in Italy.

There are currently 133 potential COVID-19 vaccines in development around the world, the World Health Organisation confirmed in documents shared on their website.

Ten of these potential vaccines are in clinical trials in the United States, the UK and China.