315 more persons have tested positive for coronavirus, bringing the total number of infection to 12801, 4040 people have recovered, while 361 others have died from the disease.

A breakdown of cases by state can be found via https://t.co/A0NkMvZqE5#TakeResponsibility pic.twitter.com/pqMroknNlG 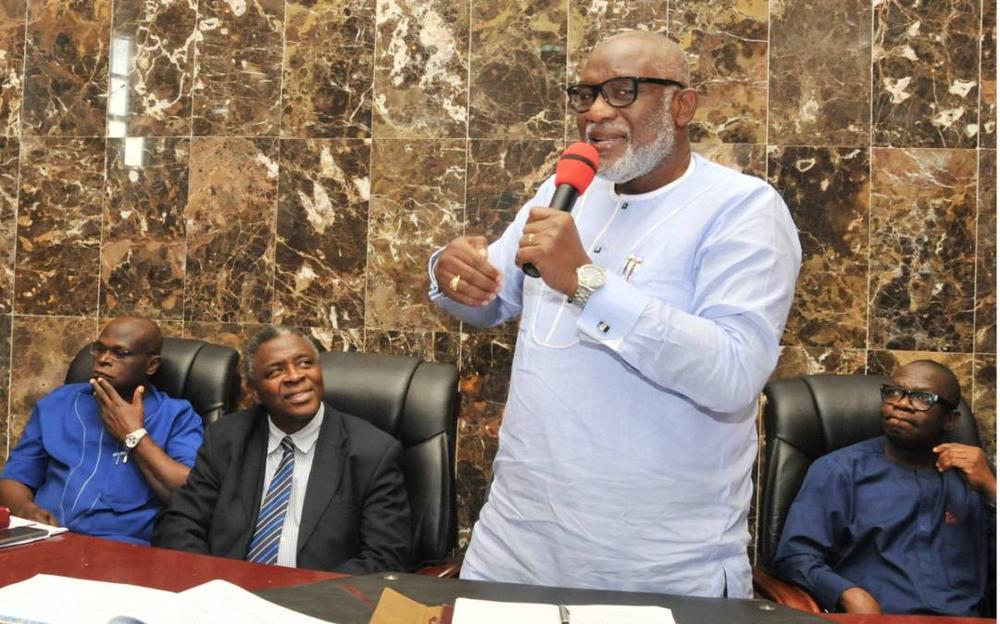 The Ondo State Governor, Rotimi Akeredolu on Monday has expressed his displeasure over the rate at which the people of the State were disobeying the restriction order of the government against fighting coronavirus, ThePunch reports.

Akeredolu said the increasing spread of the virus was as a result of non-compliance of the residents, to the directives of the State government.

Speaking at the weekly media chat held at the Government House, Alagbaka, Akure, the State capital, Akeredolu said the government would not relent in efforts to continue enforcing the restriction, in line with this as the European football league season had commenced, the Governor banned football viewing centres across the 18 local government areas of the State, in a bid to stop the increasing cases.

He  said,  “All residents are encouraged to practise, more than before, social and physical distancing, use of facemasks, handwashing and travel restriction. All Premiership football viewing centres are hereby banned from operations until further notice. All religious organisations are to further ensure stringent implementation of the agreed guidelines for worship.”

The Federal Government has said domestic tourism will drive the recovery of the travel sector in Nigeria and in Africa as a whole.

According to ThePunch, The Minister of Information and Culture, Lai Mohammed, stated this at the 63rd Meeting of the World Tourism Organisation-Commission for Africa on Monday.

Mohammed said, “As stifling as the effects of the pandemic may be, as soon as the restrictions are lifted and it is considered safe to travel, the Travel and Tourism Sector; considering its resilience will – hopefully – be in the forefront of global recovery.

“For us in Africa, after the pandemic, focusing on rural tourism will help speed up the recovery process in the Travel and Tourism Sector. This is because rural tourism employs more people in Africa, and here I am talking about arts, crafts, culture, and heritage.

“As Nigeria gradually opens up, just like the rest of the world, with domestic flights due to begin around the end of June and hotels and restaurants coming back to business, new protocols are being put in place for the safety and security of all.

“They include training of personnel on security and safety measures, infection control, adherence to government protocols, enhanced hygiene measures, use of personal protective equipment, and facility sanitation.”

UN Calls For Global Solidarity To Get Coronavirus Vaccine The United Nations has urged world leaders to see the emergence of an effective vaccine against COVID-19 as a global public good.

The global world body noted that global solidarity is needed to ensure every person, everywhere, has access to the vaccine when eventually discovered.

The UN Secretary General, António Guterres, said this in a virtual message to the Global Vaccine Summit, convened to find and fund collective solutions for COVID-19-related vaccines and to strengthen routine immunization commitments and resources for other preventable diseases, ThePunch reports.

The UN noted that COVID-19, which is the greatest public health crisis of the generation, has skyrocketed vaccines to the top of the global agenda.

Mr. Guterres described vaccines as “the most important public health intervention in history”, noting that the “lifesaving miracle” of vaccinations, has saved tens of millions of lives each year, eradicated smallpox and prevented outbreaks of diseases like measles, rubella and tetanus.

The UN chief lauded the “incredible work” of GAVI, the vaccine alliance, and its partners in allowing people of all ages and with various income levels to access vaccines.

Mr. Guterres maintained that there is still much work to be done, adding “the United Nations is proud to be part of this effort towards universal health coverage.”
The Secretary-General appealed for three main commitments, from the leaders, beginning with finding safe ways to continue delivering vaccinations amid the pandemic.

Airlines have threatened legal action as all arrivals to Britain must self-isolate for 14 days to curb the spread of coronavirus starting on Monday.

Michael O’Leary, group chief executive of low-cost airline Ryanair, said millions of jobs could be lost as a result of the quarantine rule, which applies to arrivals, including British citizens, from all countries except Ireland.

Britain has reported Europe’s highest death toll linked to the coronavirus pandemic and its estimated infection rate remains higher than in most European nations.

Ryanair, EasyJet, and British Airways owner IAG wrote to the government threatening legal action to stop the disproportionate and unfair measure, warning that it would have a devastating effect on UK’s tourism industry.

Children in the Philippines will not be allowed back to school until a coronavirus vaccine is available, officials announced Monday, saying they may have to broadcast lessons on TV.

According to ThePunch, resuming face to face classes is a risk the Philippine authorities see as too great.

The President, Rodrigo Duterte, said last month that even if students could not graduate, they needed to stay out of school to fight the spread of the disease.

“We will comply with the president’s directive to postpone face-to-face classes until a vaccine is available,” education secretary Leonor Briones said in a statement on Monday.

Classes are to resume at the end of August and teachers will use distance learning methods via the internet or TV broadcasts where needed, Briones added.

“The teacher and the school will have to adjust… depending on the availability of communication,” Briones said in a press briefing.

There has been little public opposition to the postponement of face-to-face classes in the Philippines, where hundreds of new infections are being detected daily despite early and strict lockdown measures. Canada announced Monday that it would relax some border restrictions for immediate family members of Canadian citizens and permanent residents, including some who have been trying to enter from the United States, CNN reports.

Despite the change, a 14-day mandatory quarantine for anyone entering the country remains in place.

“If you don’t follow these rules, you could face serious penalties,” Canadian Prime Minister Justin Trudeau said during a news conference in Ottawa.
Trudeau acknowledged that this has been a hard time for some families kept apart because of the pandemic.

“This is an incredibly difficult time to be apart from a spouse, a child, or mom or dad,” Trudeau said.

Nonessential travel into Canada is currently restricted, and that includes travel across the US-Canada border.

That mutual border agreement is set to expire June 21 but Trudeau has indicated that “stronger measures” to contain the virus might be needed even if the border reopens to discretionary travel.

According to CNN, Cuba has gone nine days without a coronavirus death as of Monday, Francisco Durán, national director of epidemiology at Cuba’s Ministry for Public Health, said at a news conference.

He also said there were only nine new cases of coronavirus in the past 24 hours.

Over the weekend, Cuban President Miguel Díaz-Canel said the virus was “under control” in Cuba and the government would soon announce measures to gradually reopen.

Since the outbreak, Cuban officials have ended nearly all international travel to and from the island, made wearing a face mask in public mandatory and have required everyone ill with the coronavirus to quarantine at government-run hospitals.

Cuba has a total of 2,200 cases of coronavirus and a total of 83 deaths, according to Johns Hopkins University.