The PSA also serves as a teaser for the movie with never-before-seen footage shown of debut actress Temi Otedola being strangled by a man while the messages of “We Say No To Rape”, “We Say No To Sexual Assault”, “Don’t be afraid to get help” and more flashe across the screen. 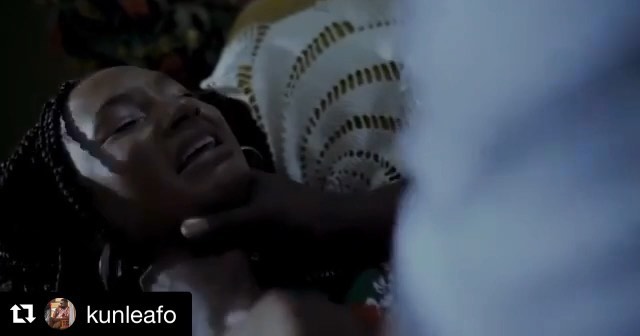 The video starts by saying rape and sexual violence against women is a sad reality in today’s world. The video ends with a “coming soon” announcement.

The “Citation” movie was first announced in January 2020 with BellaNaija sharing exclusive behind-the-scenes photos also in the same month.

We also shared a snippet of the upcoming movie in March. Click here if you missed it.

The film, written by Tunde Babalola, is a university drama surrounding a female postgraduate student who has to find a way of dealing with the awkward situation of sexual harassment from a popular male lecturer.

Waje’s Message to Black Women Today is “…Rise Up! We Shine Together”