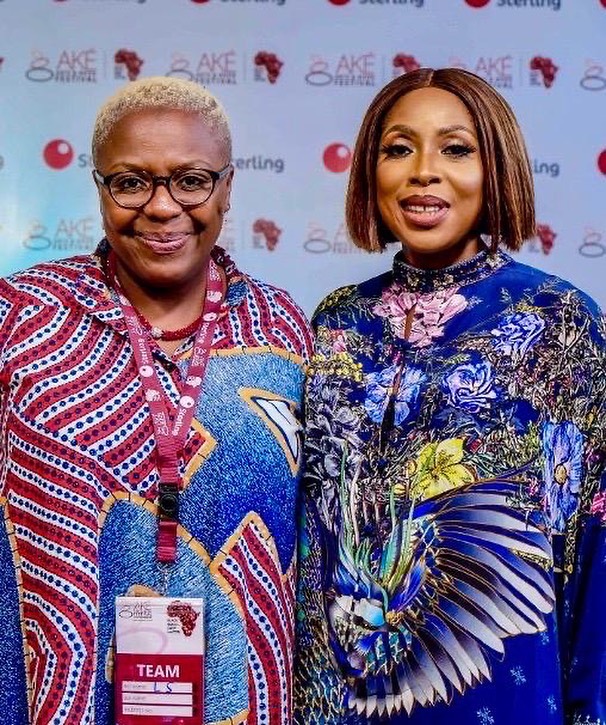 Award-winning producer, Mo Abudu, is super excited about her upcoming projects with Netflix and expressed her thanks to Lola Shoneyin for trusting her with the rights to, “The Secret Lives of Baba Segi’s Wives“.

Mo Abudu shared a post on Instagram, where she talking about the first time she read the literary work in 2017, tracking and convincing Lola “to give me the rights to the book”.

See what she wrote below:

Good morning beautiful people.⁣
⁣
It’s been such a glorious weekend ❤❤❤⁣
⁣
Once again, thank you all so much for all your beautiful messages.⁣
⁣
I am so excited about our slate of projects with Netflix, and our first Netflix Original Series will be THE SECRET LIVES OF BABA SEGI’S WIVES. ⁣
⁣
I had heard so much about the book and l only got round to reading the book in 2017. As soon as i finished reading it, I knew this had to become a film or TV series, my next assignment was tracking Lola Shoneyin down and convincing her to give me the rights to the book. ??????⁣
⁣
Oh boy was I in for a ride or what ??, my concerns ranged from would she trust me, would we get on, would we support each other as women and so much more was playing on my mind, but I kept an open mind and approached Lola with complete transparency and honesty about my intent and desire to acquire the rights to Baba Segi. One meeting led to another, this took a minute ??, but I was patient, we have over the years become friends and eventually the deal was done ??????. But I must add, that on meeting Lola we just connected, it was as if I had known her all my life. We have the most fascinating discussions and she cracks me up non stop ???.⁣
⁣
Dear Lola, thank you so much for trusting me with this precious work. ❤❤ We are super excited about partnering with Netflix on bringing this story to millions of people around the world.⁣
⁣
Below is a quote from Lola, which forms part of the press statement issued on Friday : “I was thrilled when Mo contacted me about making a show out of my novel ,The Secret Lives of Baba Segi’s Wives. I’d turned down so many offers but this one felt right. It was an opportunity to see my work in the hands of a woman who pursued excellence in Africa in the same way that I did. I grew to trust her very quickly, so when she told me about the possibility of working with Netflix, I was overjoyed. Soon, people everywhere will have access to the story of Baba Segi. And that is more that I could have asked for as a writer.” ⁣

The Ighodalo Family releases Statement on the Loss of Ibidunni Ighodalo