It seems like the case of the rape allegations made against D’banj by Seyitan Babatayo has come to a close.

After what must have been a couple of difficult months for Seyitan, two statements, one from Stand to End Rape (STER) and another from her, show that a “non monetary settlement” has been reached between herself and D’banj.

So much has gone on since she first shared her story, from D’banj releasing a statement, to more allegations of coercion and unlawful imprisonment, to the singer suing Seyitan for damages.

And now, well, Seyitan’s saying, “I want my peace.”

Here are the statements: 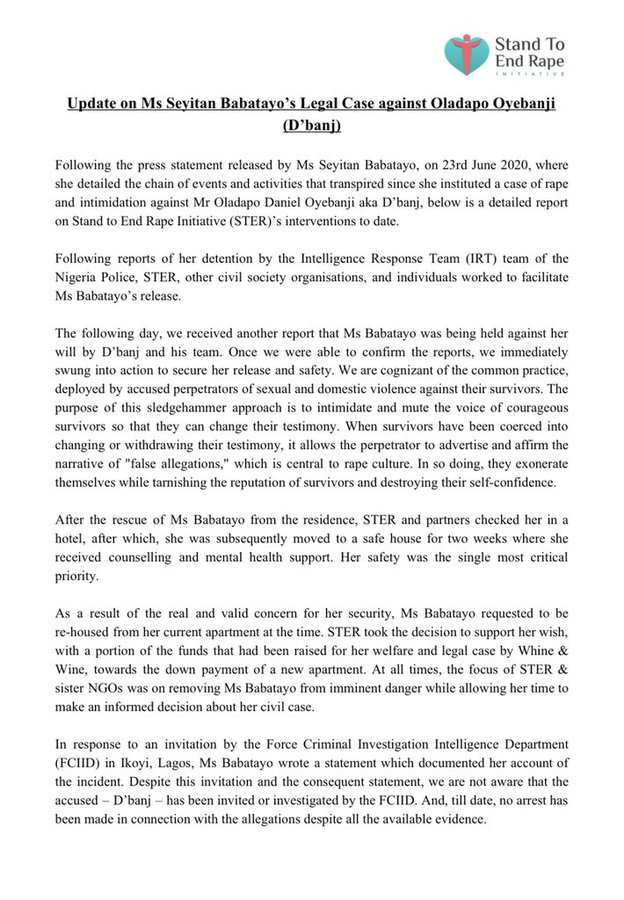 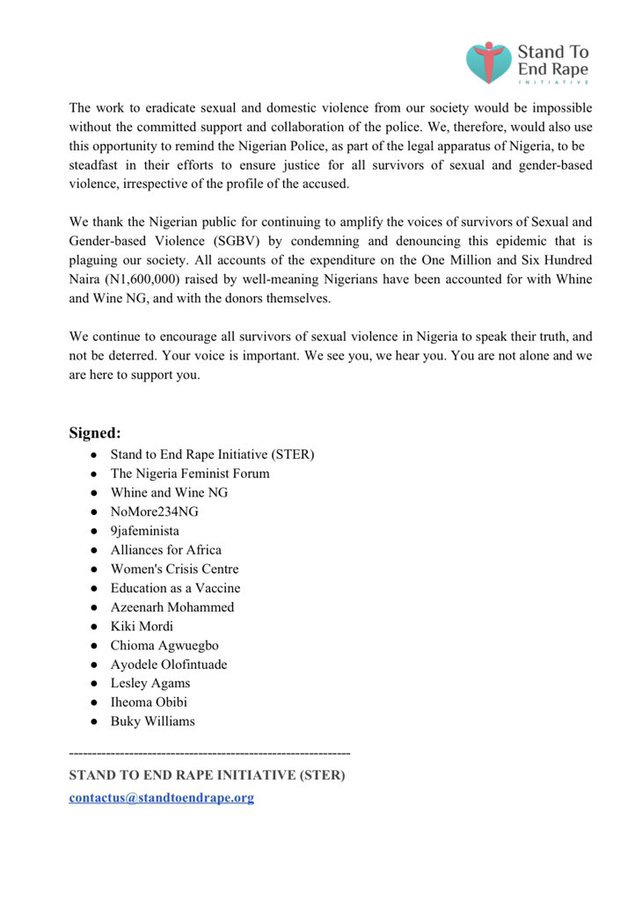 Press Statement: In line w/ our key values— integrity & transparency; this is a detailed report of STER & partner NGO’s intervention in the case of Ms Seyitan Babatayo against Mr Oyebanjo (aka D'Banj).

As an NGO, STER remains committed to supporting survivors of SGBV in Nigeria. pic.twitter.com/BaR0cPN9Pu 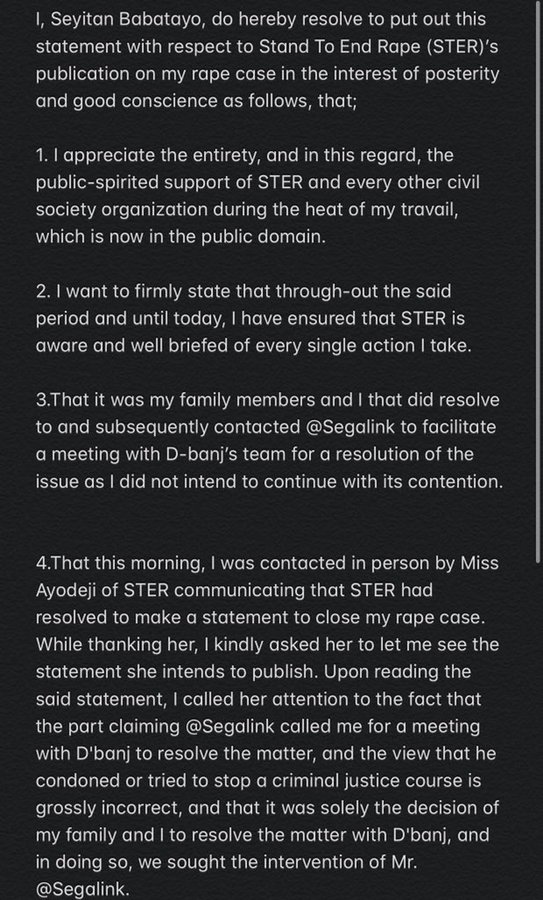 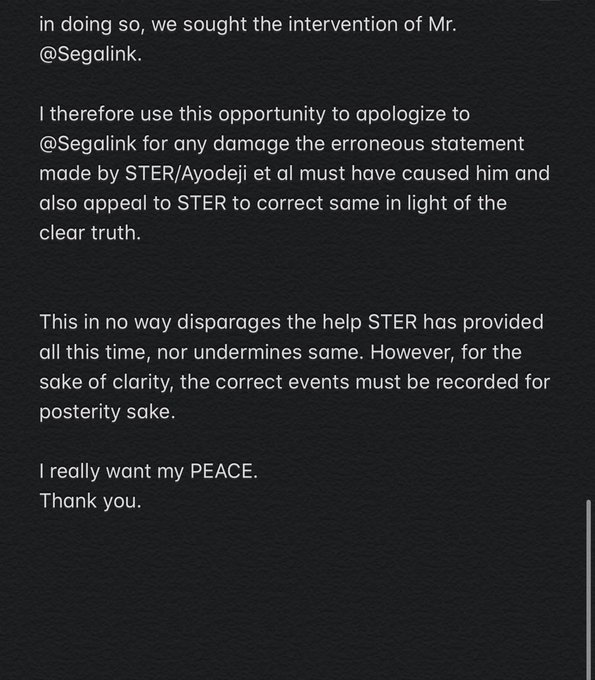 I want my PEACE. @segalink @StandtoEndRape

Thank you so much pic.twitter.com/E5vQpL7NaU

Drama, Party, Drama… Get the Scoop of What Went Down on #BBNaija Day 6

Life Before #BBNaija: You’ve got to See these Photos of Prince as Mr World Nigeria