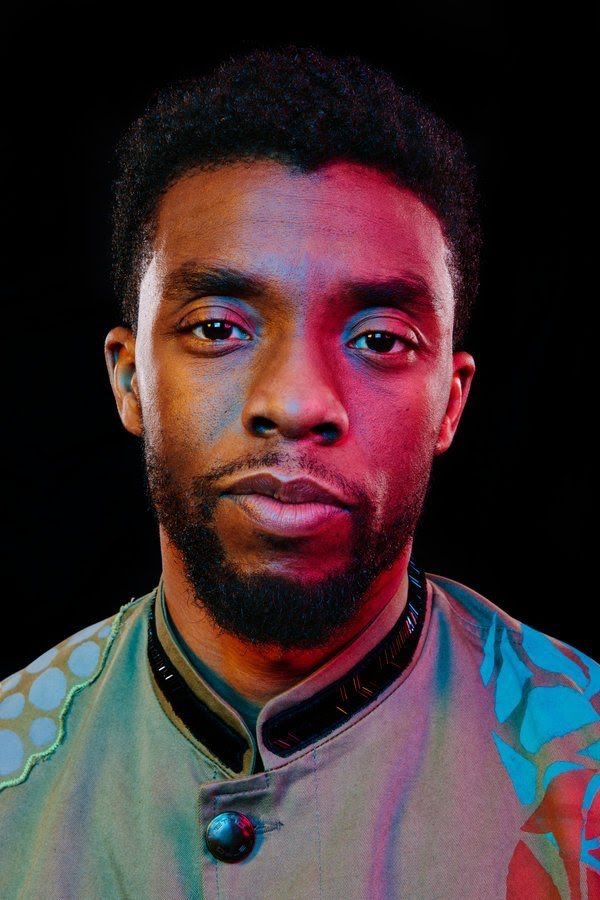 His charisma and regal performance brought to the movie “Black Panther” can never be forgotten.

“A true fighter, Chadwick persevered through it all, and brought you so many of the films you have come to love so much,” the statement posted on his Instagram said. “From Marshall to Da 5 Bloods, August Wilson’s Ma Rainey’s Black Bottom and several more, all were filmed during and between countless surgeries and chemotherapy.”

With his role as T’Challa in the ground-breaking film “Black Panther,” he became a global icon and an inspiring symbol of Black power. That role was the “honour of his career,” the statement said.

It is with immeasurable grief that we confirm the passing of Chadwick Boseman.⁣ ⁣ Chadwick was diagnosed with stage III colon cancer in 2016, and battled with it these last 4 years as it progressed to stage IV. ⁣ ⁣ A true fighter, Chadwick persevered through it all, and brought you many of the films you have come to love so much. From Marshall to Da 5 Bloods, August Wilson’s Ma Rainey’s Black Bottom and several more, all were filmed during and between countless surgeries and chemotherapy. ⁣ ⁣ It was the honor of his career to bring King T’Challa to life in Black Panther. ⁣ ⁣ He died in his home, with his wife and family by his side. ⁣ ⁣ The family thanks you for your love and prayers, and asks that you continue to respect their privacy during this difficult time. ⁣ ⁣ Photo Credit: @samjonespictures

Not only did he portray a remarkable role in “Black Panther”, but he also brought history to life with his roles. From his breakout performance in 2013 when he played Jackie Robinson in the film “42“, to his Marvel Cinematic Universe debut in 2016 as T’Challa/Black Panther in “Captain America: Civil War“, then his stand-alone movie that released in 2018, which broke box office records, he was indeed a superhero to many.

He also starred in other films, including playing James Brown in “Get On Up” and Thurgood Marshall in “Marshall.”

Despite his 4 year-long battle with cancer, he kept fighting and he kept inspiring. He will be missed.

Fans also took the opportunity to share how much Chadwick‘s portrayal as T’Challa helped them learn about black power and how to conquer adversity with grace.

Heartbroken. My friend and fellow Bison Chadwick Boseman was brilliant, kind, learned, and humble. He left too early but his life made a difference. Sending my sincere condolences to his family.

All I have to say is the tragedies amassing this year have only been made more profound by the loss of #ChadwickBoseman. What a man, and what an immense talent. Brother, you were one of the all time greats and your greatness was only beginning. Lord love ya. Rest in power, King.

Every time we crossed paths with you, you were kindest, chill, and most peaceful person. It’s truly so sad to hear what’s happened. Heaven has gained another angel. Rest in Paradise #Chadwick 🙏🏽

Peace King… Thank you for your extraordinary work, your exemplary character and leadership. Love you Brother. 🤲🏿

What a gentle gifted SOUL. Showing us all that Greatness in between surgeries and chemo. The courage, the strength the Power it takes to do that. I’m in shock and awe!🙏🏾

Thank you for giving us a great acting career and giving the black community a great super hero to motivate us during a time we needed it the most! Thanks for being very strong. 2020 is the worse year of all time but you know what they say, before it gets better it gets worse. Thank you Chadwick, Wakanda Forever

Rest in Power King T’Challa. My heart is so heavy right now. Your passing has hit me hard. I will tell my sons about you forever. You were one of the classiest men I have ever met in my life. It was an honor to have shared minutes with you on screen and to have crossed paths with you during press. Though our acquaintance was light you always left a lasting impression because of your energy, poise and gentle manner. May the Universe deliver you to your promise land brother. ~ Que en paz y en poder logres descansar finalmente. Con lo poco que estuviste aquí, dejaste un legado increíble!!!

RIP Chadwick Boseman . What an undeniable talent. Such an inspiration to so many. Gone too young.

RIP Chadwick Boseman. Thank you for all the amazing films and good works. And thank you for Black Panther, which made the adult me smile and the child in me rejoice because – at last. Rest in eternal peace and power. 😔 https://t.co/aeQh4iaE7J

💔 Alot of people on social media mocked Chadwick Boseman because of his "sudden weight lose" not knowing he was battling stage iv Cancer!
Can we be kinder with our words today🙏
You don't know what people are going through.
Dont be the mouth piece of the Devil .🙏

This man lived out his dream right until the near end. Live in the moment people and enjoy the company of your loved ones while they’re with us.

RIP Chadwick Boseman, thank you for sharing your gift with the world 🙌🏿❤️🤘🏿 pic.twitter.com/3Nbus4HKM4

A fan also shared some of Chadwick’s epic moments while fighting cancer:

This was an epic moment. He lived his character off the cameras toopic.twitter.com/V8oXi3YFtT

Chadwick had cancer and he visited and gave hope to children with cancer. Not all heros wear caps. pic.twitter.com/0e9lCDNmss

This has to be the most epic scene in cinematic history and it was led by Chadwick Boseman as T’challa the Black panther.

He had such great talent. pic.twitter.com/lCVI6bKQPj

Y’all can add yours. Let’s make today about Chadwick Boseman😔. I’ll continue to add as i see