Erica's Fans are Channeling all their Love, Light & Support with a GoFundMe Target of $100K 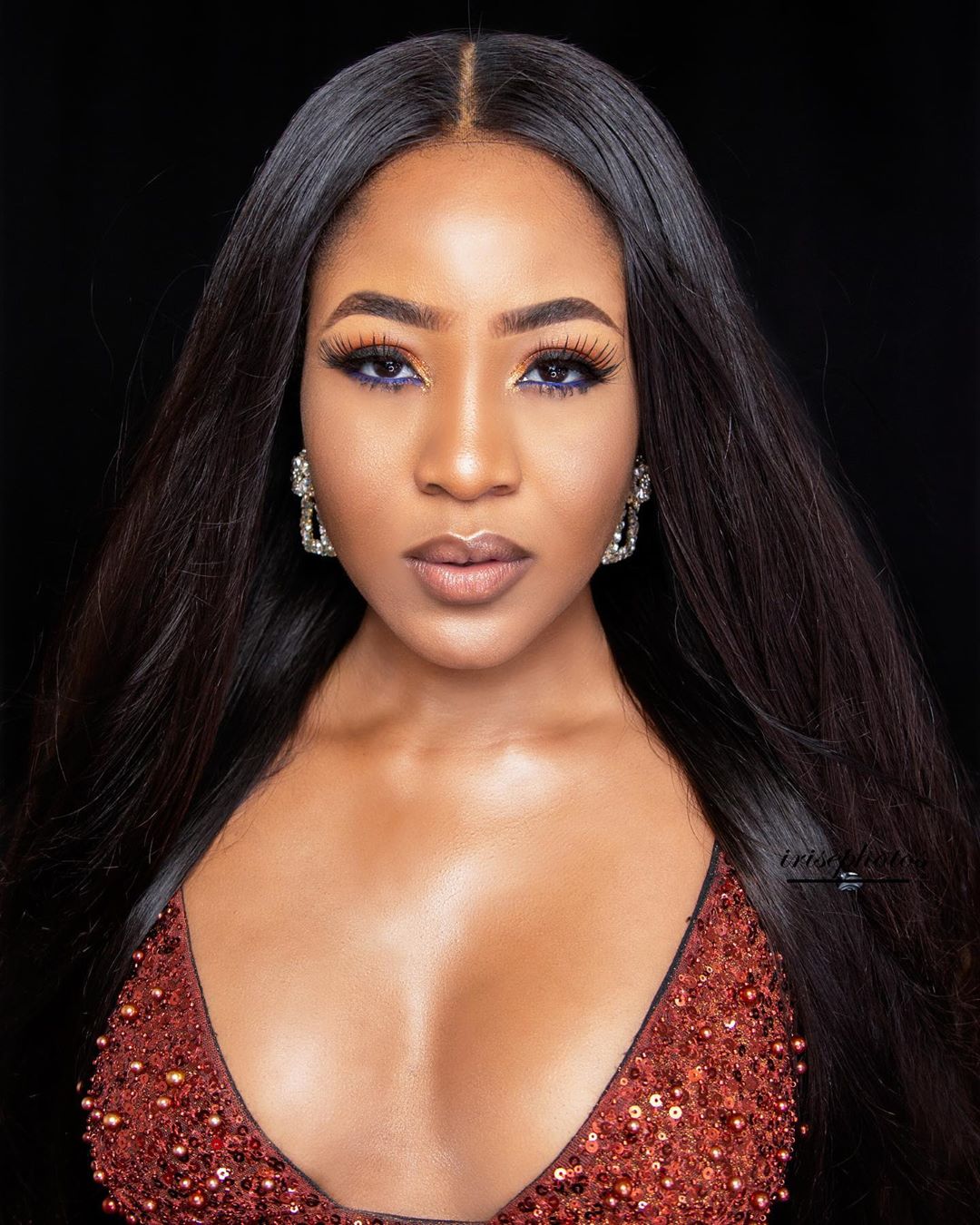 Her beautiful smile, charisma, acting skills, dance moves will be seriously missed on the BBNaija show. Even though she didn’t make it to the finals, everyone is ensuring Erica actualizes her hopes and aspirations.

She’s such a beautiful soul and her fans know this for sure.

Erica got two strikes… warnings, then she got a strong final warning, after which she got disqualified from the Big Brother Naija 2020 show on September 6, 2020.

Different reactions have continued to trail her disqualification. There were very serious comments, savage, sarcastic, heartwarming comments… Let’s just say mixed reactions and feelings everywhere. Some also compared her actions in the house to ex-BBNaija housemates CeeC and Tacha.

Here’s what CeeC has to say about Erica. She said:

Sometimes it’s not about winning a race but being part of a race. It is enough that you were part of the race. You’d be fine maybe not now but eventually..

Some minutes after her disqualification, Erica’s fans, known as Elites, started a fundraising campaign on GoFundMe, and in less than 3 hours after the launch of the campaign, more than $9,000 has been raised. The organisers were targeting $100,000 to support the disqualified reality show contestant, Erica’s dream. 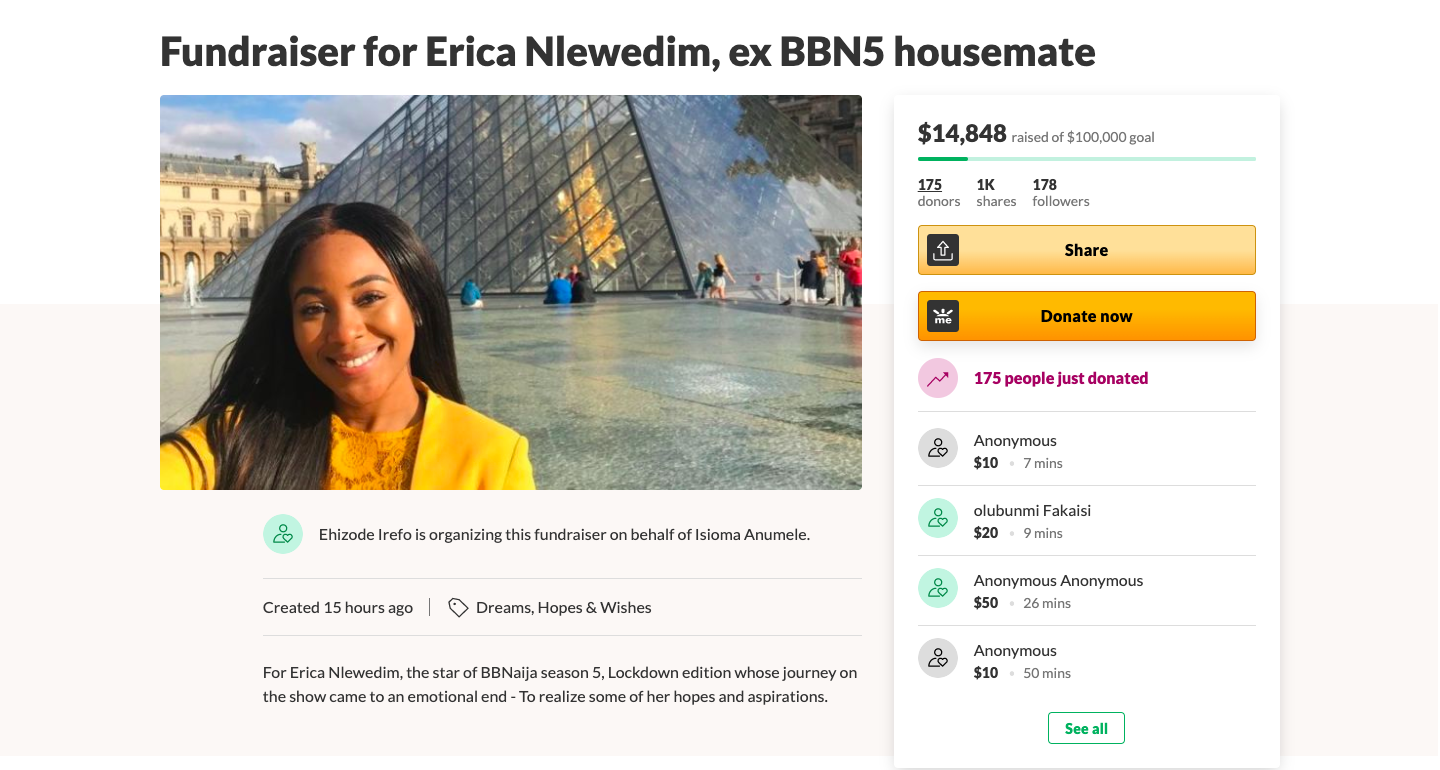 A description underneath the campaign page reads:

For Erica Nlewedim, the star of BBNaija season 5, Lockdown edition whose journey on the show came to an emotional end – To realize some of her hopes and aspirations.

Apart from the GofundMe, a car dealer, Chidi Mike promised her N2m cash.

Can all dis assistant Jesus Christ go and rest. My 1million is to show her love. I won’t support u guys to bully her. How would she be corrected if you all stand against her. Pls let be fair pls.

Check out how her fans are showing her so much love and light on Twitter:

I cannot wait to see Erica became a full blown successful actress, the independent indaboski, with every form of grace following her. #StarGirlErica #Erica #EricaGoFundMe
I pray for this and many more greatness to come IJN
🙏🏽

I can't wait for baby G to come live so that I can hug her from my phone😍😍😍#EricaGoFundMe #Erica pic.twitter.com/zt7pD6C6Dk

Royal hairs just posted Erica, if you know you know

Erica will be bigger than your winner
Let her heal first

I either needed to say it or put it into writing to feel fine soon. @EricaNlewedim today and forever, I love you. Unlimitedly 💔 #StarGirlErica #Erica #EricaGoFundMe

We are in this together, no matter what you face, just stay strong. We love you Baby G#Erica #EricaGoFundMe pic.twitter.com/bAHLFxsKNl

Eniola Badmus Is Such A Stunner