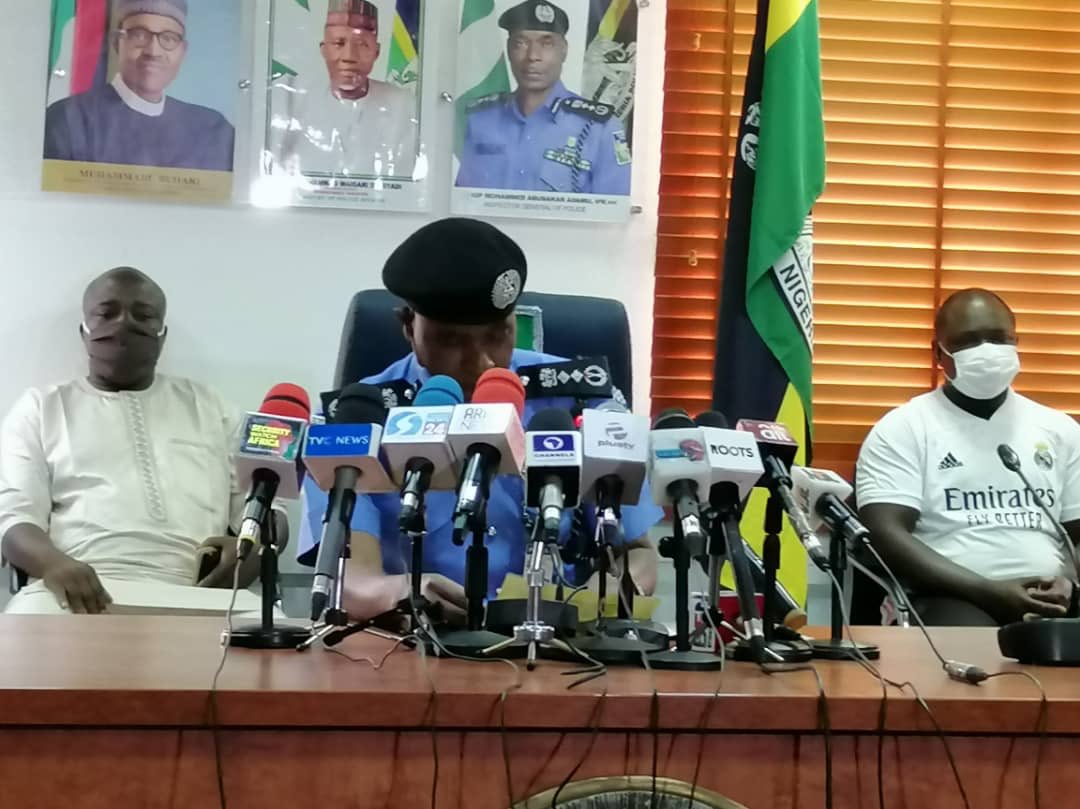 The Nigerian youths have been protesting for days now for the government to #EndPoliceBrutality and #EndSARS. Part of their wish was granted on the 11th of October when the Inspector General of Police Mohammed Adamu announced that the Special Anti-Robbery Squad (SARS) had been dissolved.

This didn’t satisfy Nigerians as it was not the first time the unit was being dissolved, it was the fourth, and nothing had changed. The killings and brutalizing of youths by SARS officials went on and on. The dissolving of the unit didn’t stop the protest, even though President Muhammadu Buhari assured that the police will be reformed.

At this point, actions are all that count to the Nigerian youth… they have heard enough.

When the Special Anti-Robbery Squad was dissolved, the Police also released a “5 Things to Know about the Dissolution” statement.

The third point said, “a new policing arrangement for tackling the offences of Armed robbery and other violent crimes will be unveiled to the public soon.”

On Tuesday, 13th of October, the Special Weapons and Tactics (SWAT) was formed to replace the Special Anti-Robbery Squad (SARS). The new Tactical Team SWAT is set to commence training next week

The Inspector-General of Police also ordered all defunct SARS personnel to report at the Force Headquarters for Debriefing, Psychological and Medical Examination. 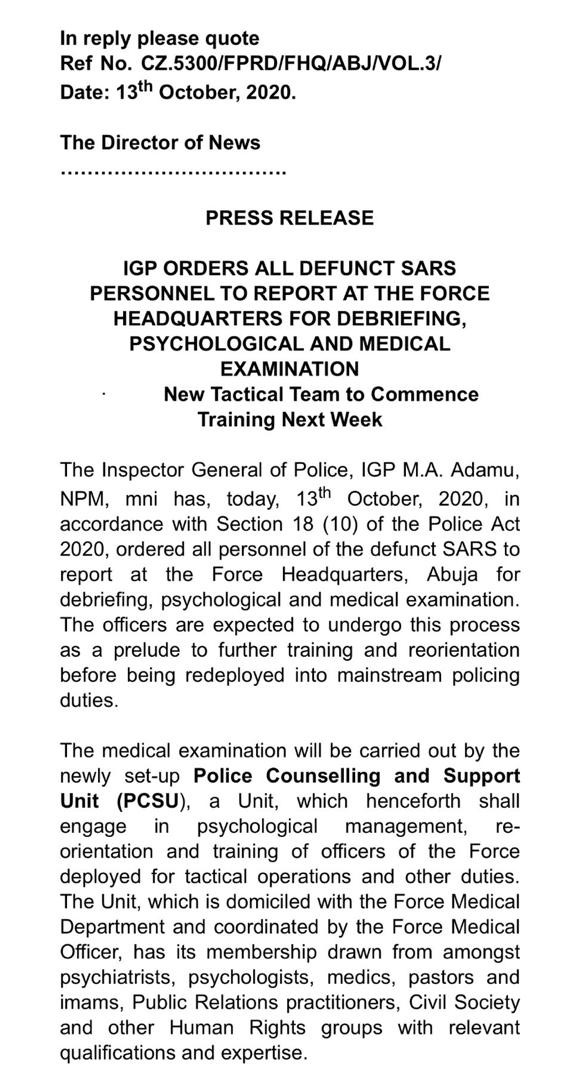 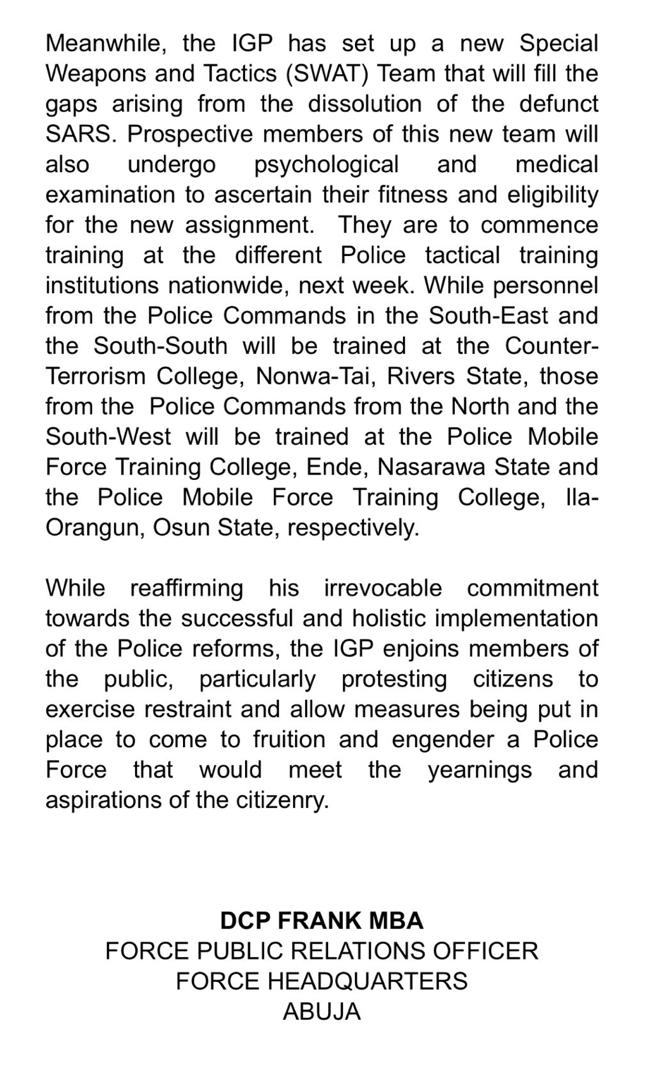 Here’s what Nigerians have to say:

If it's not this SWAT we don’t want, please. pic.twitter.com/IbCN7hL877

Guy if SWAT stop me for road tell me say make I come down, I fit faint, una no know who SWAT be??

Nigerians under your pic: “SWAT us, we are your redeployed SARS”

SWAT = SARS Without Any Training. #EndSWAT

You didn’t do any of this.
You took the werey SARS unit and disguise am as SWAT.

Sometimes I really wonder how daft our leaders are.

Which one be SWAT again? Ogbeni #EndSWAT jor

Dear IG,
SWAT in other countries don’t do stop and search o!! They only come out when there is an important operations or when the situation goes out of the hand of the normal police

SWAT means Special Weapons And Tactics, this requires a lot of training and experience with state of the art weapons, only the Nigerian military can even come close when it comes to that, we can’t have people like that on our major roads showing up like Spider-Man pic.twitter.com/3B84wYahpI

On a more serious note, SWAT men stay anonymous & on the Federal Government's Payroll whether they're working or not. They don't take Automatic guns home & they don't roam the streets. It's only when it's serious business time you would know who they are. That's how it should be.

That’s how we said End SARS and the brought FSARS which was more deadly!!

If we Let this SWAT fly, everything we’ve done these past week is in vain #ENDSWAT and #ReformThePoliceNG !!

SWAT only intervene when local Police can’t handle the situation, we don’t want to see any SWAT doing stop and Search!!!!!