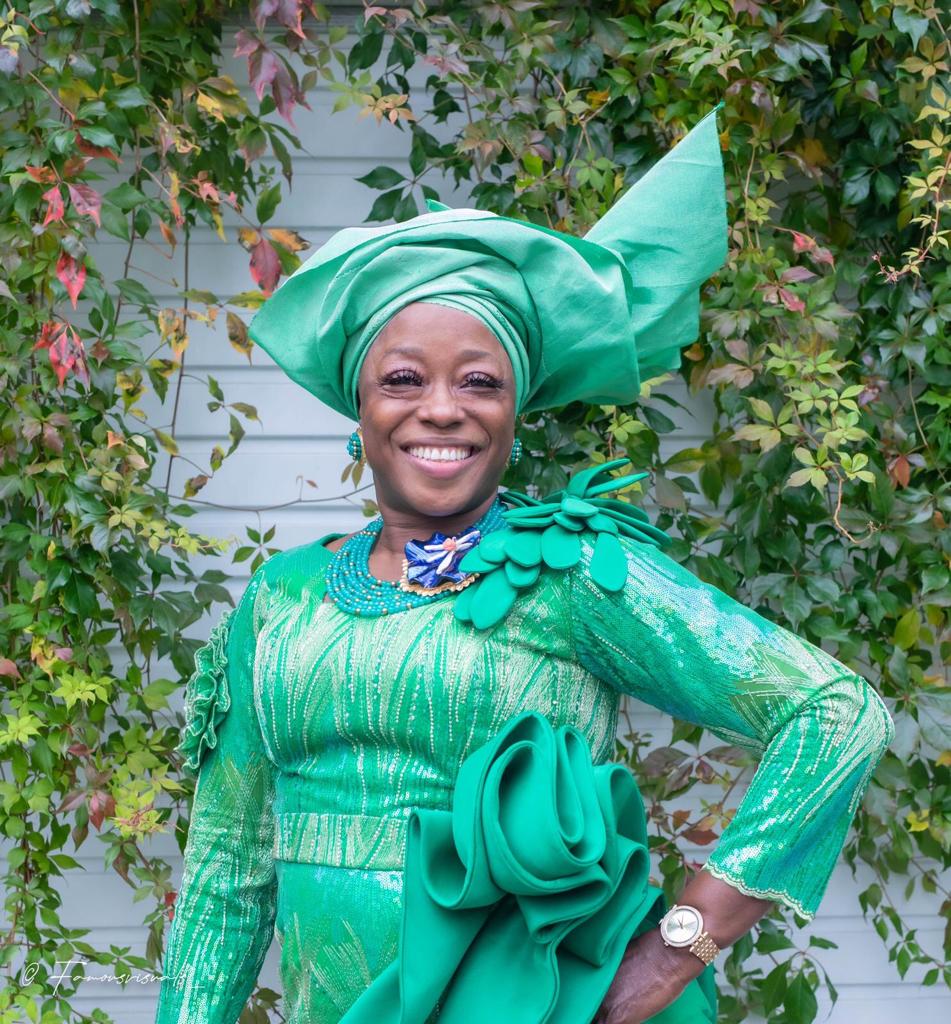 In recognition of a Nigerian cleric, Prophetess Teleola Oganla‘s years of dedication towards uplifting the less privileged, especially in London and Africa, the Queen of England, Queen Elizabeth II has awarded her British Empire Medal (BEM) as part of the Queens Honours List 2020. 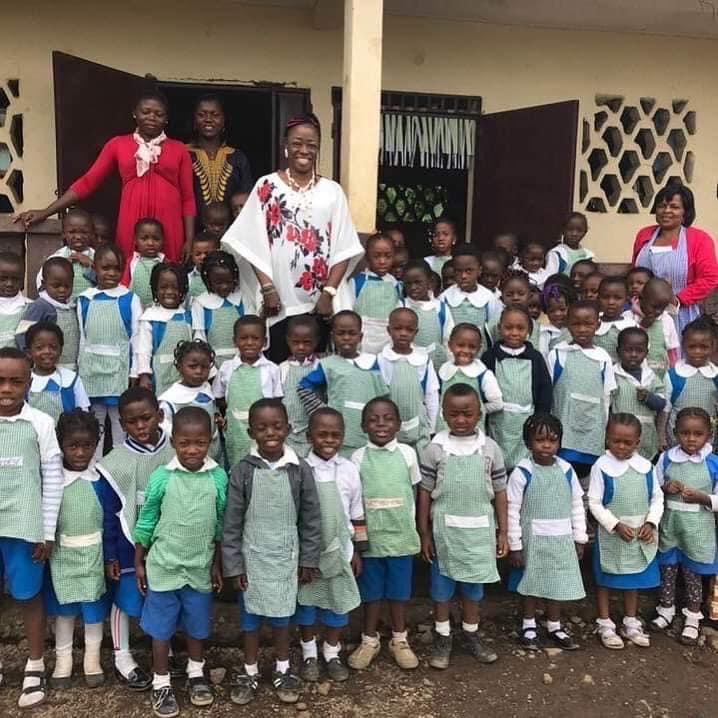 Teleola, who was among the 1,495 which the Queen believed deserve honor for their selfless and caring deeds, was appreciated for using her position to impact on the downtrodden, give hopes to downcast, and make other contributions to the development of the United Kingdom (UK) and other countries.
The queen, in the list of honor to mark her 94th birthday, described the role played by Teleola as unique and that she merited the award due to her services that have continued to benefit thousands of people including foreigners. 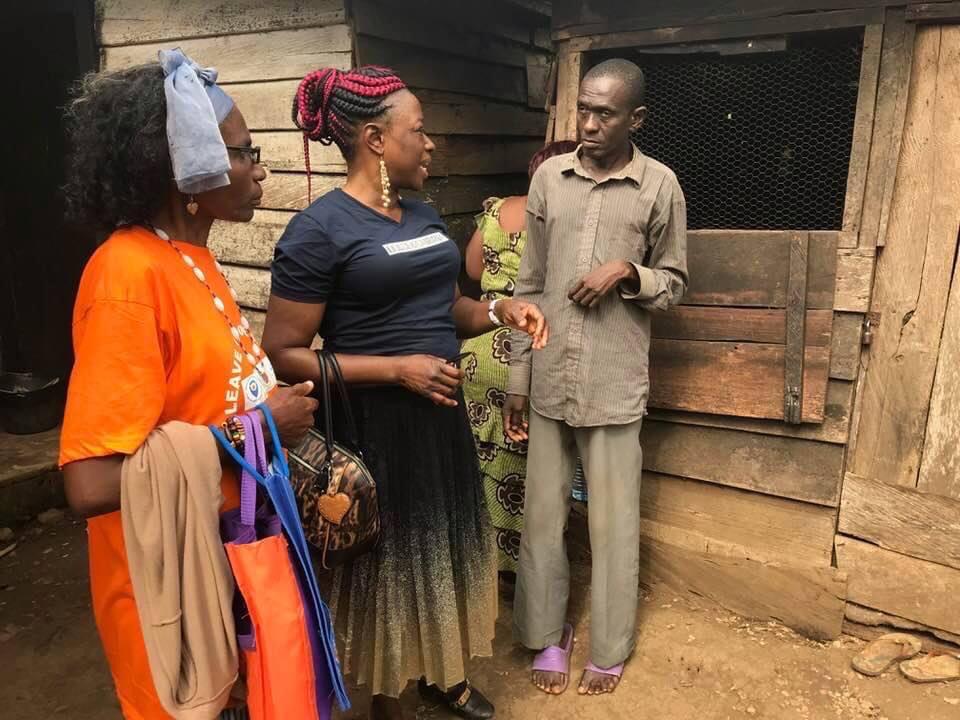 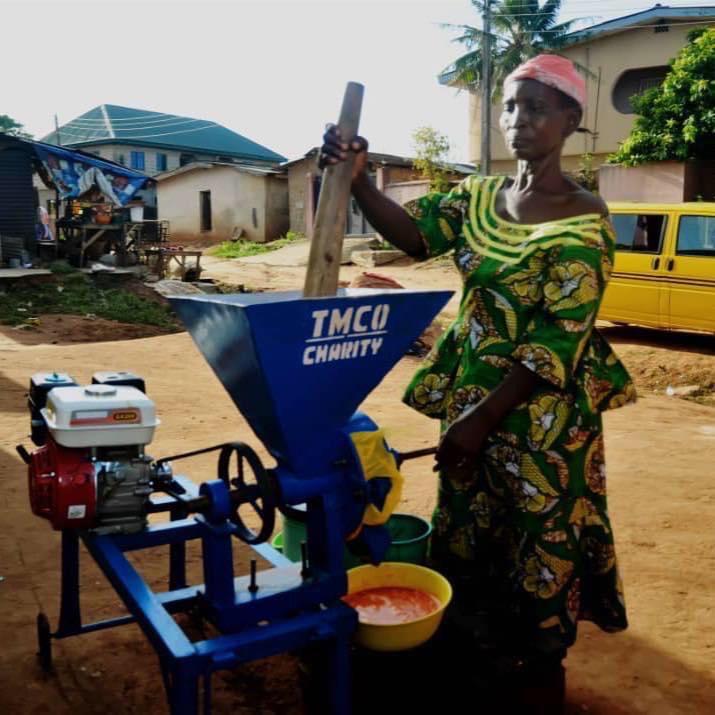 Although the cleric and other recipients’ names would have been published before April 21, the queen’s birth date, but due to the outbreak of coronavirus, the publication was delayed before it was finally released on Saturday, October 10th.

The BEM was often given by the crown to someone that had offered self-less services to the public and did not engage in the act for gains rather to contribute his quota towards social development. 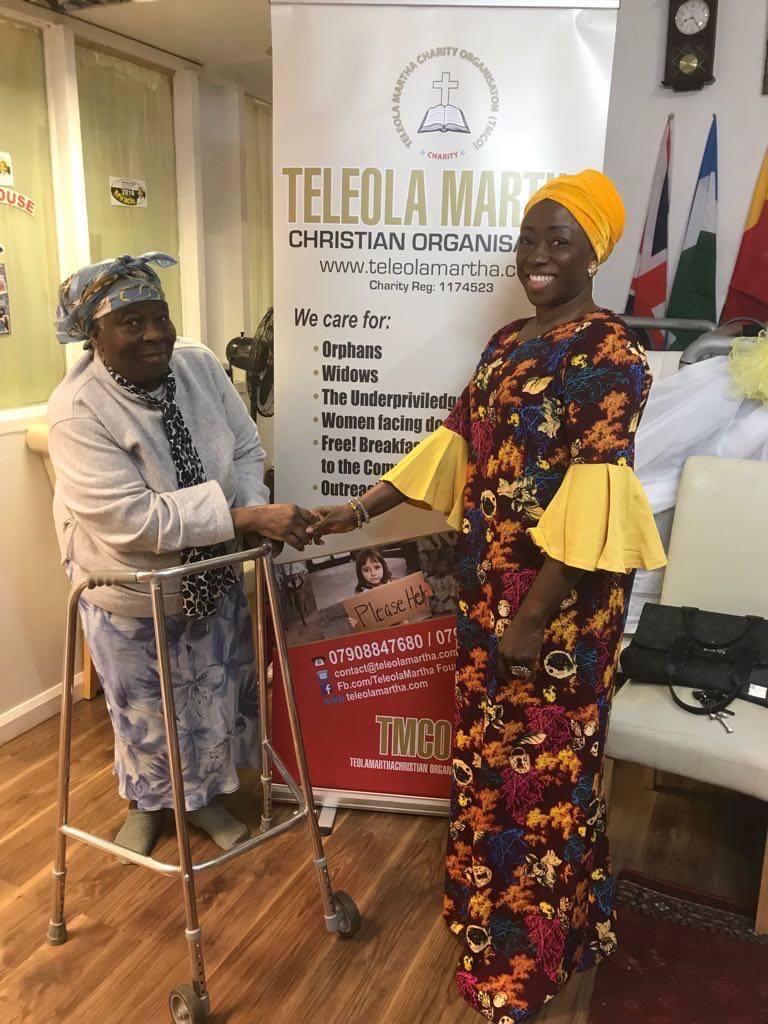 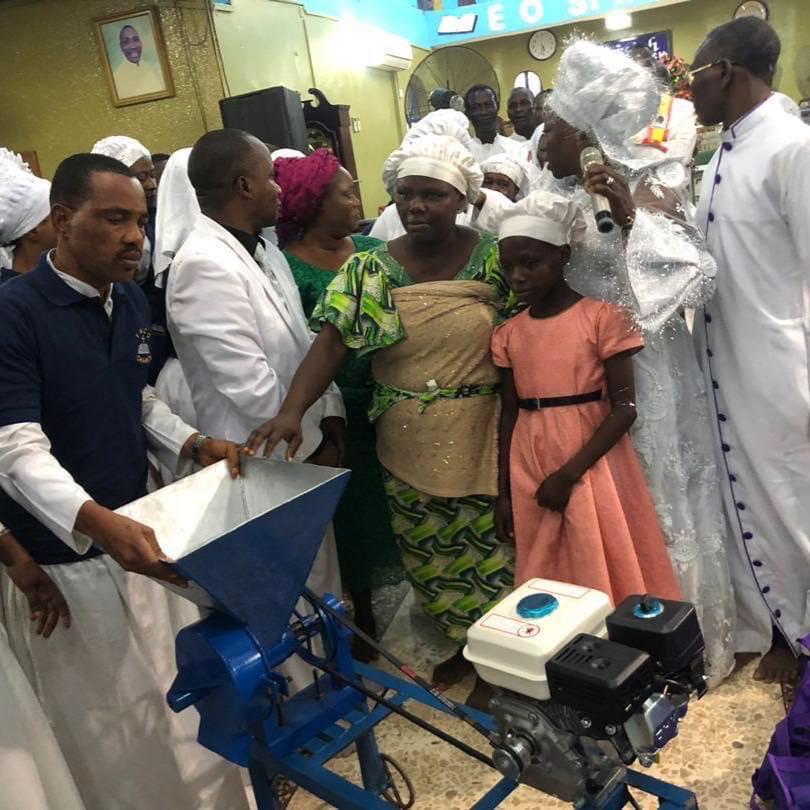 Teleola received the award from the royal family about five years after establishing a Non-Profit Organisation, Teleola Martha Christian Organisation (TMCO), to care for the needs of the poor, orphaned, widows, vulnerable children, and adults living in the society especially in Africa.

Responding to the award, the cleric said: “My Charity work is not just born out of the passion to help the needy but it was ordained by God. I got a vision regarding supporting the needy and building an orphanage when a mentally challenged man walked into the Church where I pastor, Messiah C & S Church UK during an annual Shiloh Programme in January 2015 and said to me Go and Start a Foundation to Care for the underprivileged, the needy, the orphans and widows.” 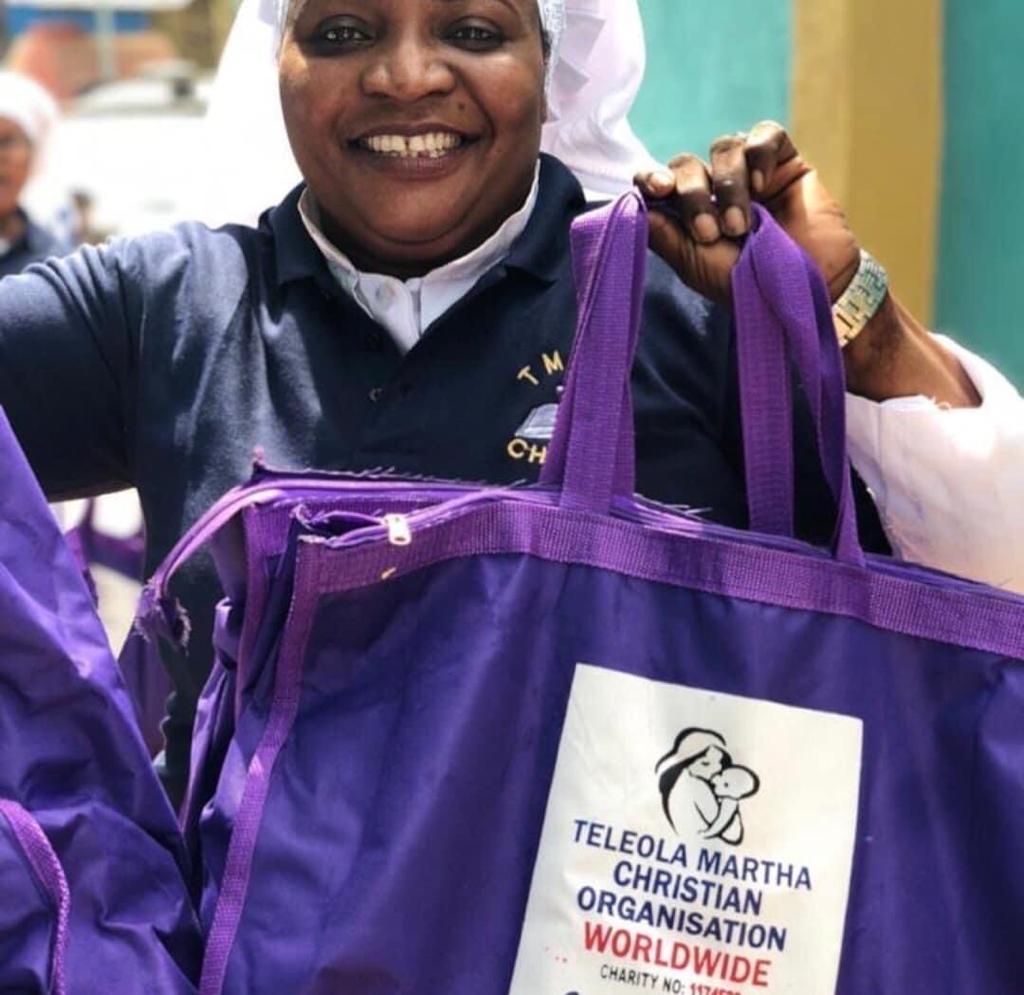 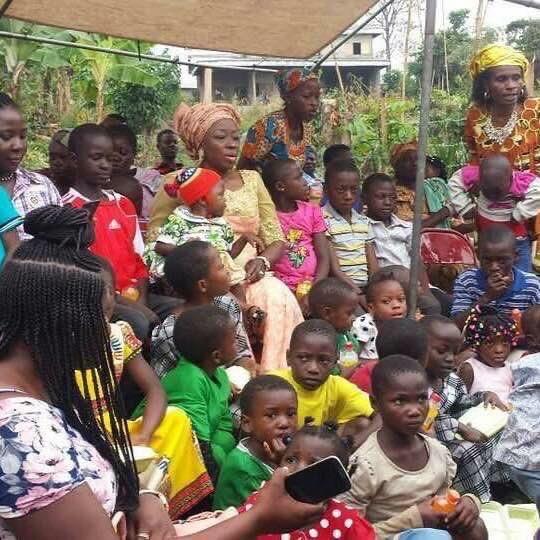 Before establishing the NGO in 2015, the cleric had been supporting vulnerable children and adults, widows, and women experiencing difficult relationships and domestic violence both in the United Kingdom (UK), Nigeria as well as Cameroon.

Through her efforts, over 10,000 people had received better lifestyle especially the youths that were victims of substance abuse and others whose parents have testified how her actions had brought a change in the life of their children.

And to correct the anomaly discovered in the society, the administrator, who is Vice-Chairman of Messiah Football Academy, established a youth group where children and young adults were educated on alternative positive lifestyles changes to deter them from a downward spiraling life filled with drugs abuses and crime.

Also in the UK, where she relocated to from Nigeria in 2003, Teleola, through her outreach service and charitable organization, provides free breakfast to the community every Sunday in order to ensure that the society remains better for all.

The cleric, who has received different honors for her activities, had through counseling, mentoring, nurturing turned hundreds of children life’s around and gave shelter to homeless and youths that experienced cruelty from their guidance, just as she assists them with jobs to ensure they stay away from crime and drugs. And today, many of the beneficiaries of her gesture are now adults who work at different paid jobs and were presently contributing their quota to the country’s development.

Aside from the UK, the philanthropist has extended the outreach to Nigeria and Cameroun, giving succor to many especially widows, who were empowered to prevent begging for arms after losing their breadwinners. And to ensure her services proffer solution to domestic challenges in both countries, she added other aspects which include orphanage home to provide shelter for children that were abandoned by their mothers after birth. 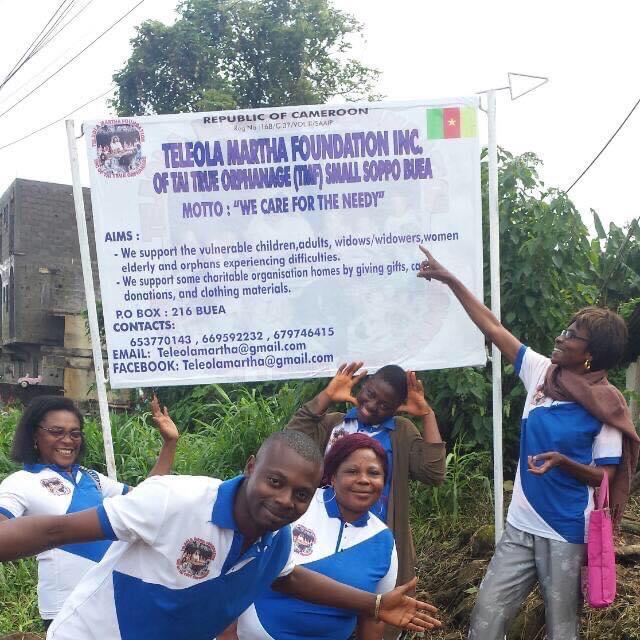 For Nigeria, Teleola Martha Christian Organisation Orphanage Home (TMCOOH) has ensured many do have means of livelihood and shelter including a grandmother with her triplets’ grandchildren, who lost their mother at birth, had nowhere to lay their heads but with TMCO intervention, the children are presently in an apartment in Festac axis of Lagos.

In spite of the coronavirus outbreak, the organization under the leadership of the cleric did not stop the monthly allowance to widows particularly during lockdown basically to support their need, even as she ensured that the pandemic did not affect free breakfast to many people every Sundays at Messiah C&S Church Headquarters at Kayode Alabi Street, Lagos. 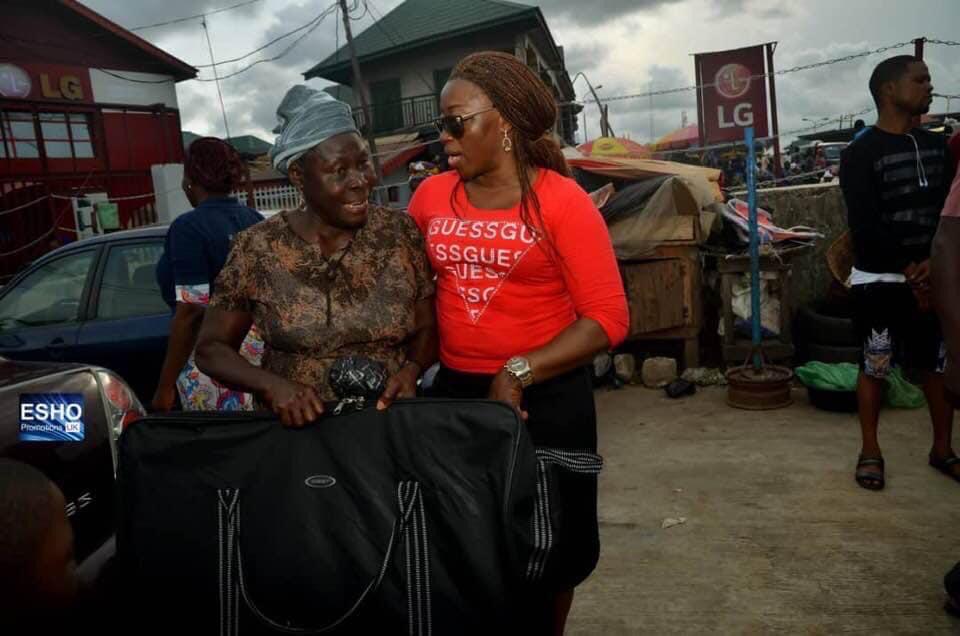 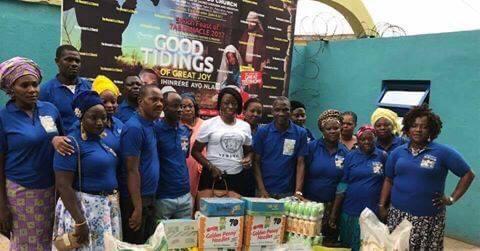 Earlier, the organization had spent over N2 million empowering widows that had no means of feeding, clothing, and educating their children with Pepper grinding Machine and ensured their registration with pepper grinding association to integrate them into the business.

Apparently, her passion to ensure a better society for all was also responsible for extending the humanitarian services to Cameroun where she had ensured that they receive benefits that neighbors, Nigerians, get from her through the organization.
In spite of the political crisis in the region where the Orphanage is situated, which had increased the number of people seeking assistance, Teleola had ensured that none was denied access to have shelter through the TMCO. 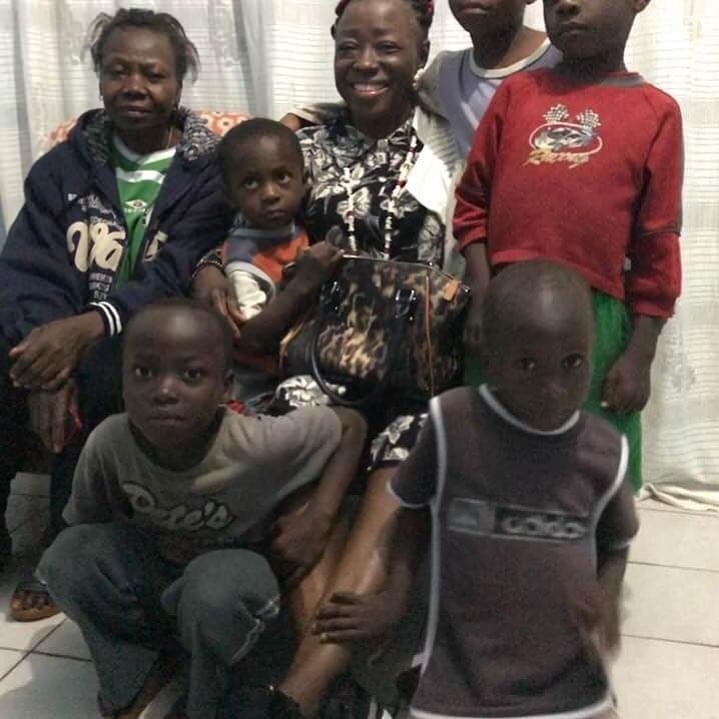 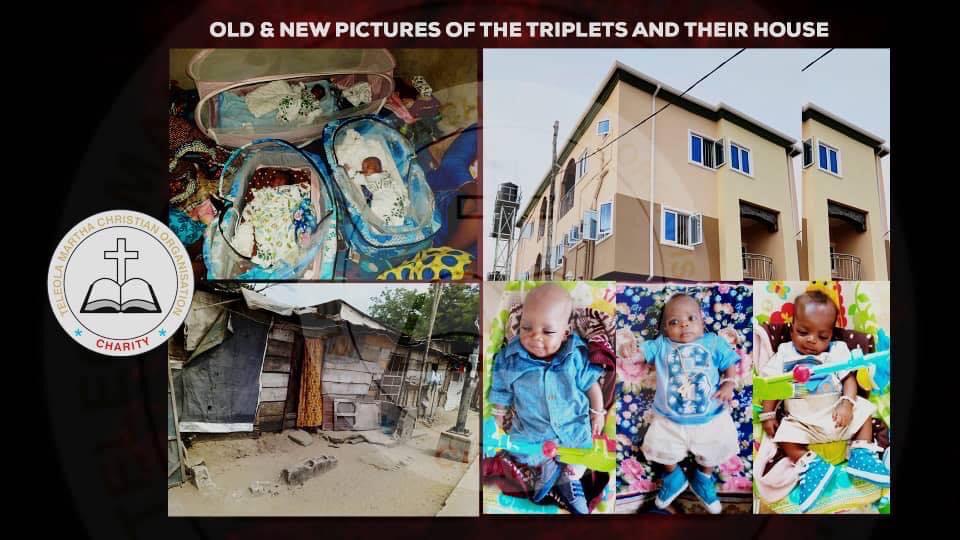 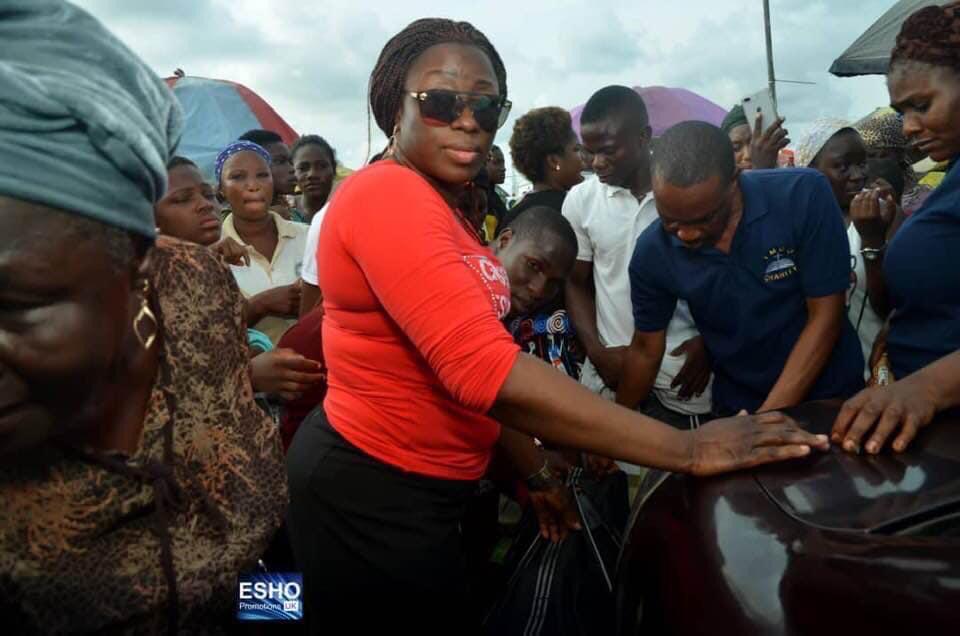 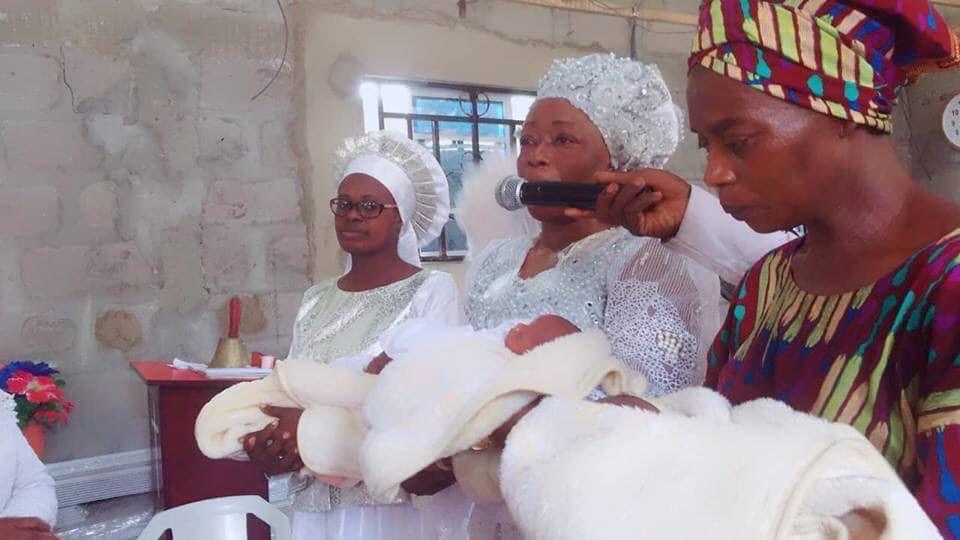 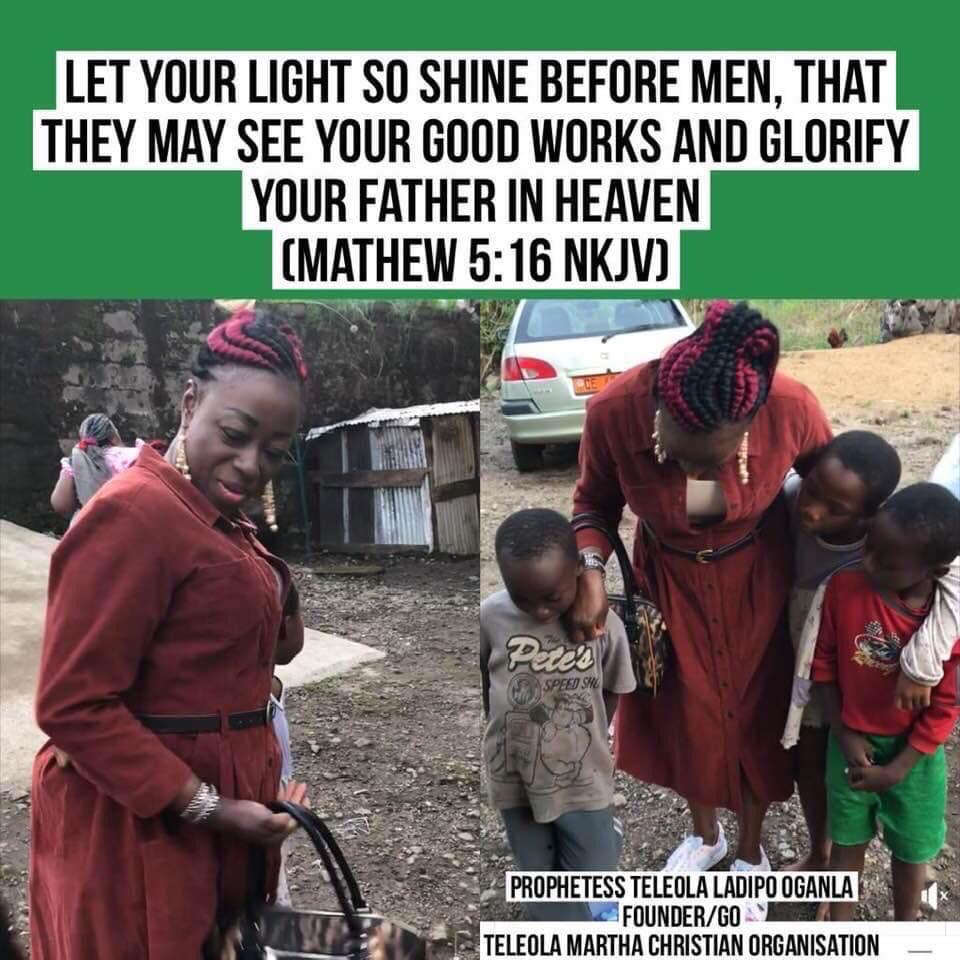 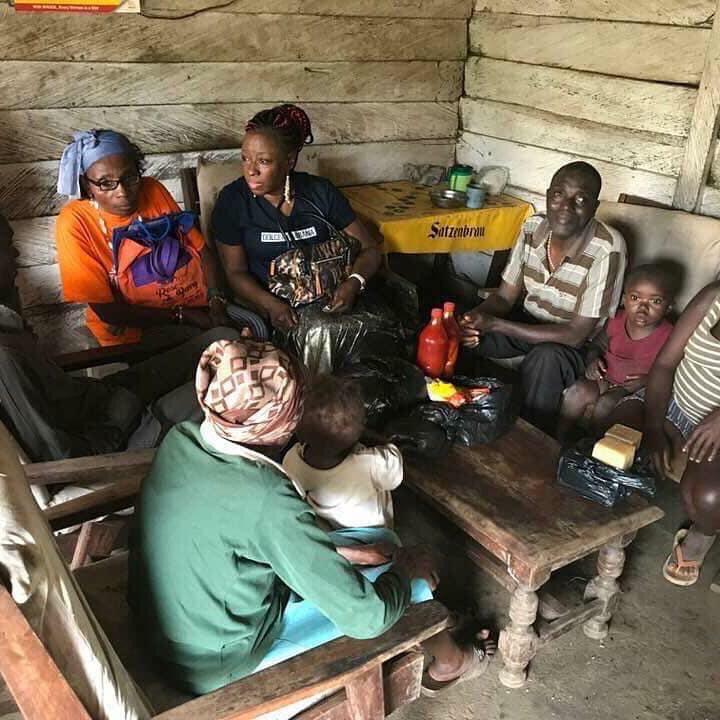 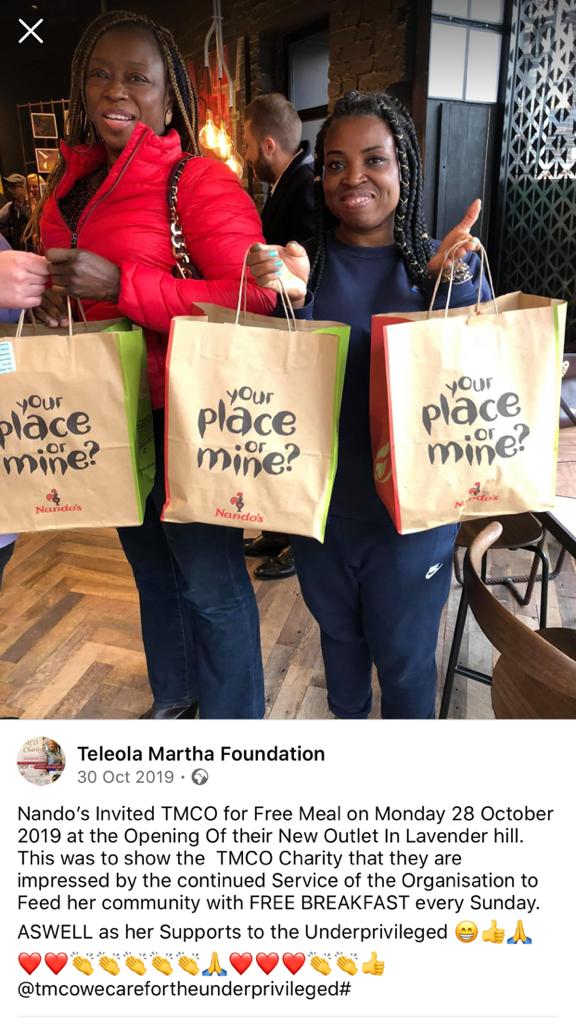 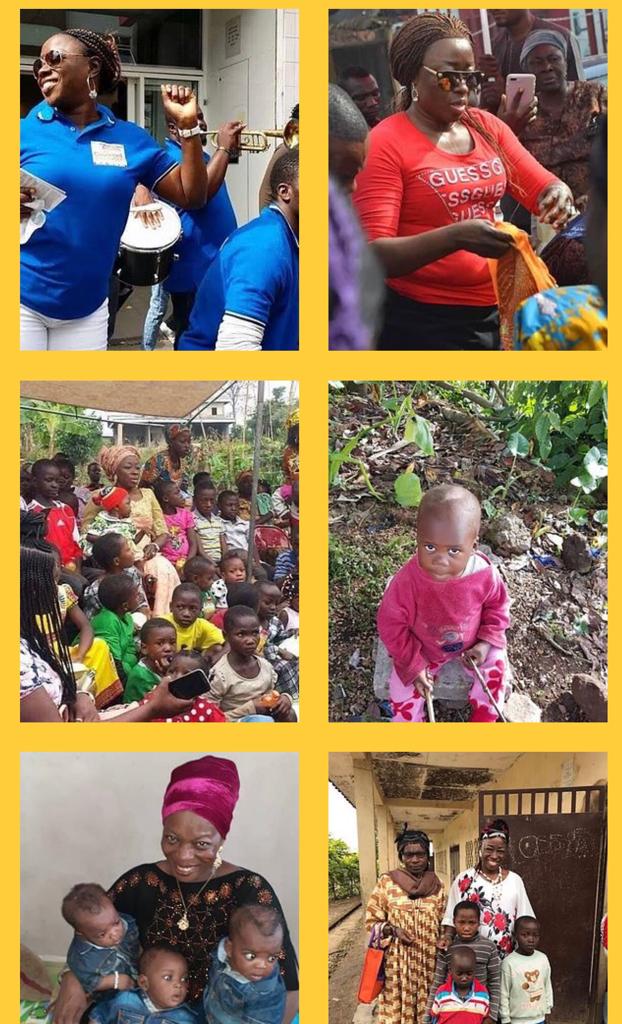 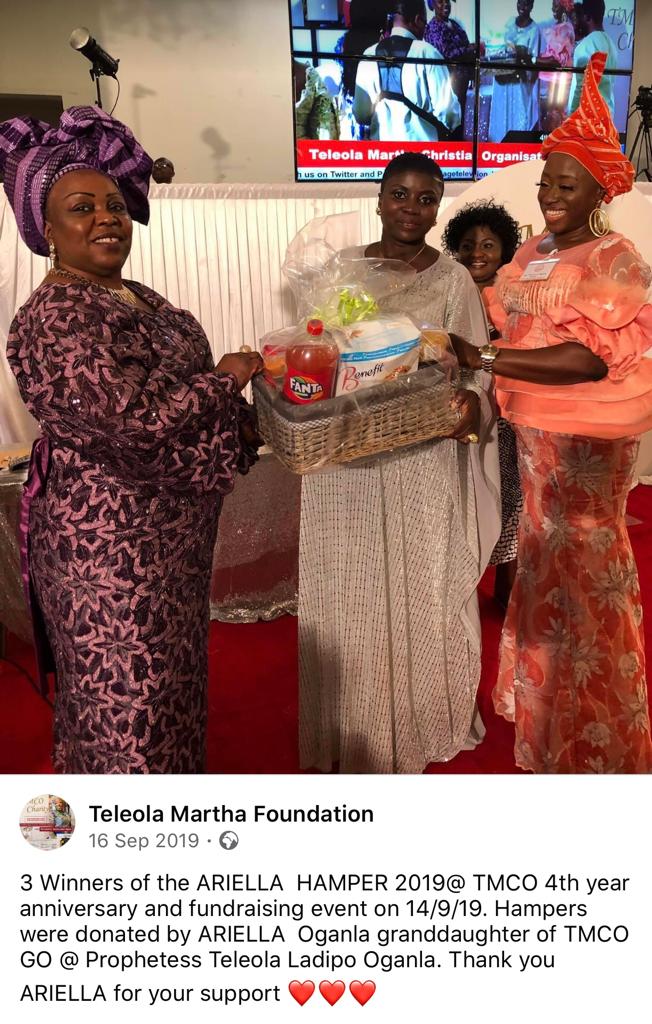 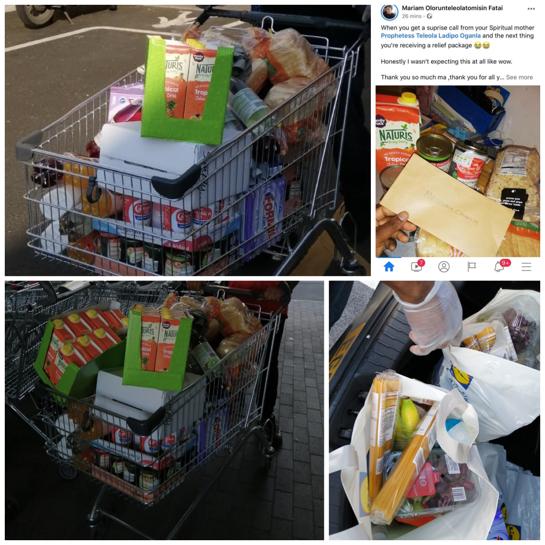 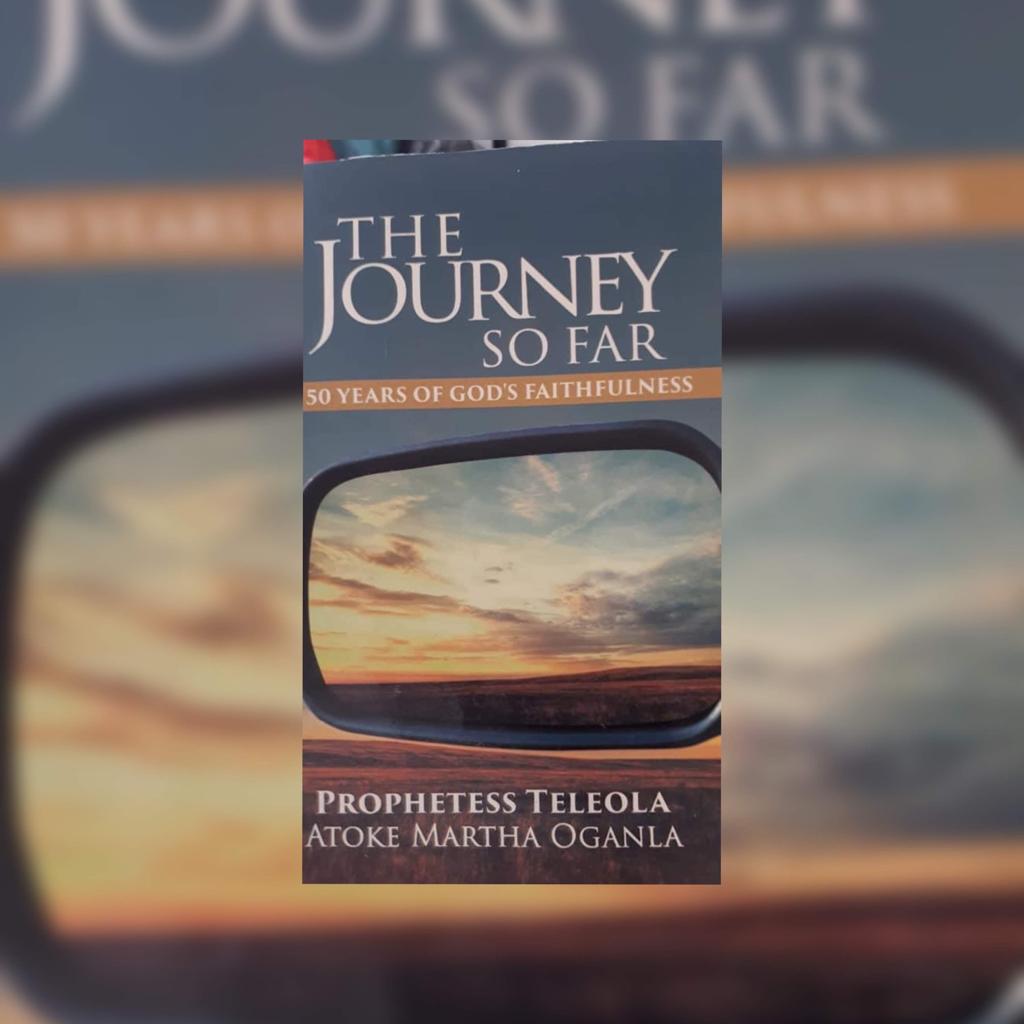