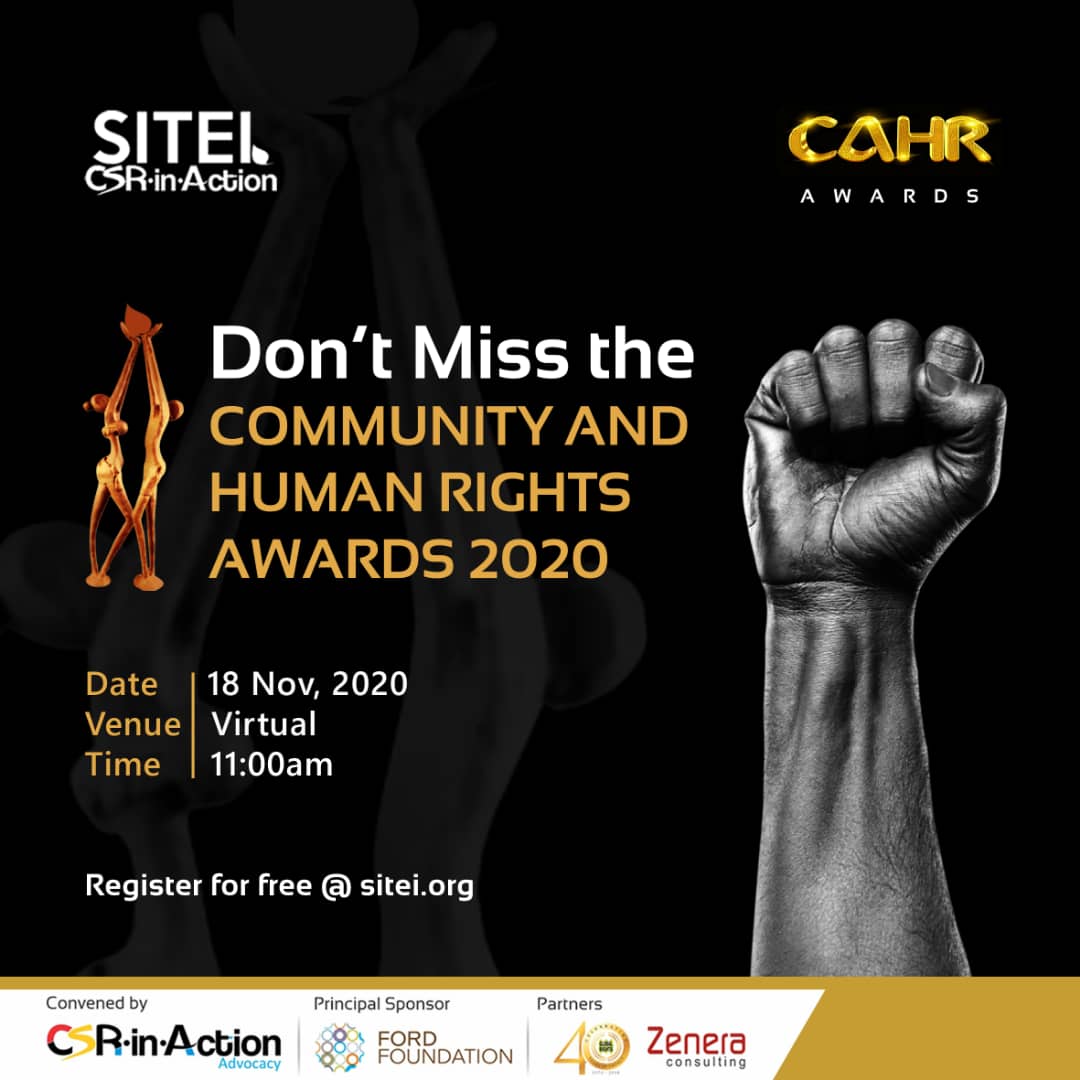 West-Africa’s foremost Sustainability advocacy and consulting outfit, CSR-in-Action and her partners are set to honor those contributing to social justice and recognizing the rights of communities contributing to the economic prosperity of Nigeria, as well as those promoting gender inclusion in various sectors of the nation, at the second Community and Human Rights (CAHR) Awards, set to hold virtually on Wednesday, 18 November 2020.

Aisha Yesufu, another prominent figure in the EndSARS movement and co-founder of the Bring Back Our Girls Movement, has been nominated for the Funmilayo Ransome-Kuti Human Rights Award.

Access Bank is amongst the representation of corporate organizations on the list with a nomination for the Hajiya Gambo Sawaba Community Impact Award.
She Leads Africa (SHA) and Women in Mining in Nigeria (WIMIN) are two of the top contenders for the Josephine Nkemdilim Equal Rights Award, while Amnesty International, Women of Inestimable Values Foundation, and Socio-Economic Rights and Accountability Project (SERAP) are contending for the Funmilayo Ransome Kuti Human Rights Award for Organisations.

Remarking on the selection process for the second CAHR Awards, one of the jurors, renowned rapper and community activist, Michael Ugochukwu Stephens known as Ruggedman said, “Nigerians want to identify with and celebrate people with the uncommon courage to seek for peace and justice even when it is difficult, people who fight for the right of the common man and champion the cause of the masses. These are the people we are celebrating at the CAHR Awards.”

Register for free here and join thousands of participants to follow the event live.