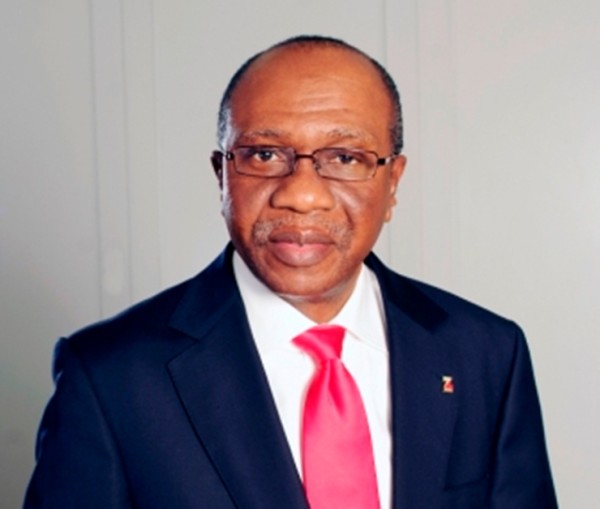 Earlier this year, The Central Bank of Nigeria released a statement prohibiting financial institutions in Nigeria from dealing in cryptocurrencies or facilitating payments for cryptocurrency exchange.

The use of bitcoins and cryptocurrencies in Nigeria skyrocketed in 2020, especially during the #EndSARS protests when bank accounts of activists like the Feminist Coalition were blocked and other payment platforms for freelancers were banned.

This made the disbursement of funds difficult, therefore leading many youths to rely on the use of bitcoins and cryptocurrencies. At the time of the ban, the reason for the action was not made known and a lot of Nigerians did not hesitate to express their disapproval.

The Governor of the Central Bank of Nigeria Godwin Emefiele has now appeared before the joint Senate Committee on Banking, Insurance, ICT, Cybercrime and Capital Market to discuss cryptocurrencies and the reason for its ban.

Defining cryptocurrency, the CBN governor stated, “cryptocurrency which is the main thrust of our sitting this afternoon is generally regarded as an electronic or digital currency that is issued by largely unknown, unregulated elements using computer codes that are basically meant to encrypt or hide information about both the transactions and the operators. And in a sense, it is money that is created out of thin air.”

“Cryptocurrency is not legitimate money. Cryptocurrency has no place in our monetary system at this time and cryptocurrency transactions should not be carried out through the Nigerian banking system,” Emefiele added and also said that “It is used to describe the activities of players in an electronic dark world, where transactions are extremely opaque. They’re black. They’re not white, they’re not visible and they’re not transparent. These are people who deal in transactions that not only do not want a trail but indeed by its nature cannot be trailed.”

“These definitions alone are scary enough to create anxiety for any regulator or central bank or fed in any part of the world and that is the reason virtually all regulators in the world do not recognize it,” Emefiele told the committee.

I can't even be this dull when talking to myself.

But this is a CBN Governor. I mean the governor of blacks most populous country's Central Bank!
??? https://t.co/9ZuWzaUEQg

Nigerians have once again taken to social media to express their disagreement with the CBN Governor’s opinion on cryptocurrencies. While some people are more concerned that the CBN Governor had to read from a ‘script’ to explain cryptocurrency, others think that he “doesn’t fully understand the concept of money and how it has evolved over the years,” especially as he stated that cryptocurrency is money that is created out of thin air.

According to one Twitter user by the handle @heisizumicheals, “From BARTER to GOLD, to PAPER BILL, to GOLD STANDARD, BRETTON WOODS & to END OF GOLD STANDARD. That’s the history of money. The paper money isn’t up to 60yrs old while Cryptocurrency is next But the CBN Governor, Emefiele talks like he never knew that money changes with time.”

See how everyone is reacting to Emefiele’s briefing below:

This is the CBN Governor comments on Cryptocurrency.

He says “cryptocurrency is money put of thin air”

Pls dear finance experts, bankers, trade analysts, economists, crypto traders and anyone who is very informed on this topic: kindly help respond to this.

Sense or no sense? pic.twitter.com/FQC69U2p5y

Someone should tell the CBN Governor that crypto is the future and there’s nothing he can do to stop that , not now not anytime ever ! #NigeriaNeedsCrypto

Former CEO of Zenith Bank and current CBN Governor, Godwin Emefiele needs to read from a handout to explain cryptocurrency for Nigerians? No wonder the economic policies are based on trial & error with a touch of Insha'Allah.

From BARTER, to GOLD, to PAPER BILL, to GOLD STANDARD, BRETTON WOODS & to END OF GOLD STANDARD. That's the history of money. The paper money isn't up to 60yrs old while Cryptocurrency is next

But the CBN Governor, Emefiele talks like he never knew that money changes with time

Shebi the work of the CBN Governor is to advice the the government to do what will better the economy and the rest? It seems like he is the one taking advice from the government.

"Cryptocurrency is the devil's money. It's the 666 mark of the beast." -CBN governor, Godwin Emefiele 2021.

Just watch that CBN Governor's video, He's completely out of point, Godddd i don't even know what to call this man,,, But the fact that he was reading everything from a booklet or Paper says everything about his intelligence

CBN Governor is angry they don’t have enough money to trade Foreign exchange because Nigerian youths now hardly keep their money with banks.

The CBN was pushing for Cashless policy before. We accepted and embraced cryptocurrency. Now CBN Governor says its money created out of thin air because they dont get their stupid charges from the transactions. You go finish one pack of Bigi watching naija as a movie

From what I see here. CBN governor is sacred that in time to come most Nigeria will not depend on Nigeria government for survival

The CBN is meant to be an independent institution that should only concern itself with monetary regulations. The CBN Governor has so much drenched the institution in partisan politics that the credibility of the CBN might soon become similar to that of NTA.

What exactly are they supposed to trace? An account that has a naira/dollar equivalent of something they don't understand? Movement of an imaginary currency?

This is your CBN governor speaking. Don't assume you know more than he does.

I'll buy when the government endorse it.

Transactions have a trail.
When people were using bank accounts to buy directly, it could be traced
Ban on bank accounts being tied to crypto has increased p2P which cannot be traced

PS:
The CBN Governor is not all knowing.

Godwin Emefiele won’t have said that if he’s not the cbn governor, what you don’t know is, he has to cover up his bosses real intentions.

From the CBN governor's speech about #cryptocurrency, it's obvious politicians are our problems not the solution to it. How we end up with these kind of leaders in Nigeria is disheartening.

For the very first time I have come to the realization that the political elites and leaders ain't the only problem we face as a nation, educated elite are also a bane of the Nigeria's problem. I just couldn't believe my ears hearing the CBN governor uttering such vague words.

Listening to the CBN governor talking about cryptocurrency, i can now boldly say that Nigeria is ready for another slave trade and civil war combined!

The way him been talk ennnnnnnnn person for street no suppose dey talk like that let alone CBN governor.

The Naira is no more valuable as it is now backed by the worst regime ever. Cryptocurrency is now a better store of value than even the Dollar. The Nigerian youths have seen this and adopted it. This is a real futile attempt by the CBN Governor to ban cryptocurrency.

CBN governor tried to address cryptocurrency but he couldn't even memorize a 2 min speech? A speech that had zero sense was still difficult for him to memorize! I pledge to Nigeria my country…?