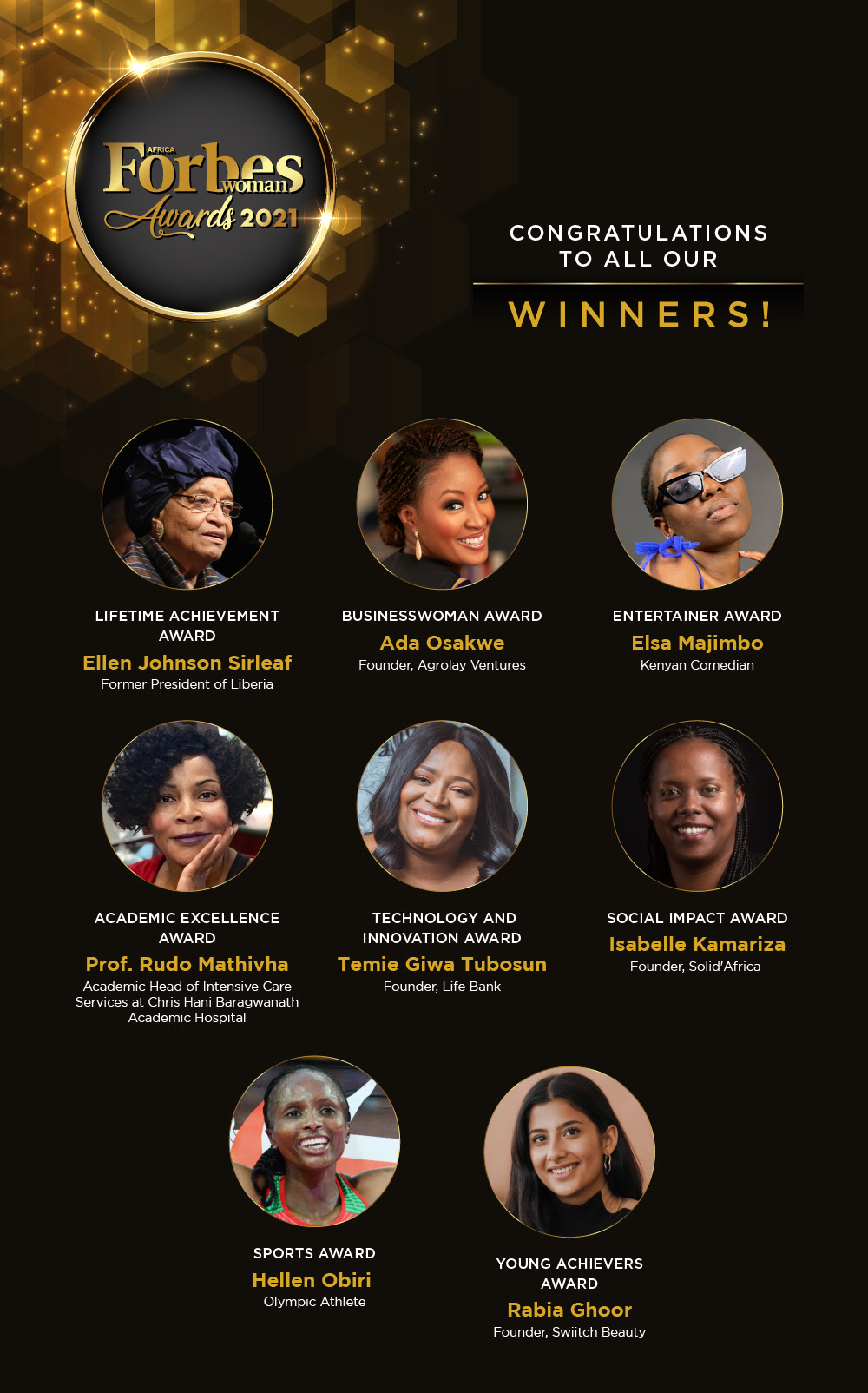 Africa’s most influential women in business, sports, science, entertainment and leadership received recognition at the prestigious Forbes Woman Africa Awards which coincided with International Women’s Day. The 2021 #LeadingWomanSummit was held from March 8th-9th 2021.

Bringing together the continent’s most powerful female voices, the Forbes Woman Africa Leading Women Summit (LWS), presented by Mastercard took on a guiding role, hinging the conversation on this year’s dynamic theme – “Africa Reloaded: The Power of The Collective”.

The #LWS2021 event saw a line up of keynote speaker including Zozibini Tunzi, Gugu Mbatha-Raw, Zola Budd Pieterse, Folorunso Alakija, Ngozi Okonjo-Iweala, Siddharth Chatterjee, Gita Gopinath and Piwokuhle Nyanda who engaged the audience through hard-hitting talks, fireside chats, and insightful panel discussions that look back on the year while identifying opportunities for growth and recovery on the continent.